Did growing up in Manchester, a city with such a strong music scene, influence your sound?

I wouldn’t say I take influence, but I certainly learnt a lot by playing along with them to start. I think my stuff is more influenced by other things now. But I learnt how to play because of those bands.

Who were some of your favourites?

I like 808 State. I prefer the electronic sound of Manchester rather than the guitar sound, but the Stone Roses are the ones I learnt to play guitar along to. 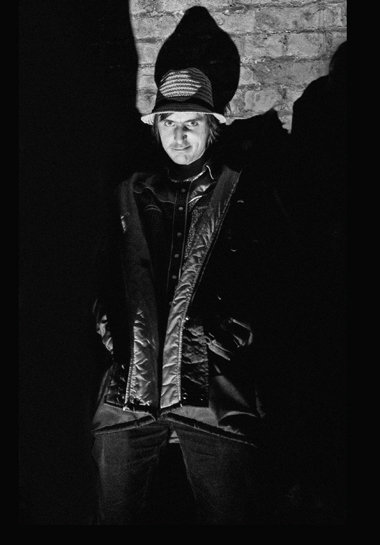 Who outside of Manchester has influenced you?

I suppose The Beatles are probably the most obvious. I mean how can they not be! To start with, it was all The Beach Boys and things like that, which you can hear in a lot of my music.

You are a multi-instrumentalist – which instruments can you play well?

They say I’m a multi-instrumentalist – I’m a jack of all trades, but a master of none. I’m not very good at all of them. If I see an instrument, I’ll pick it up and play it. If I can’t play it, then it’s not for me. But I usually can get a note out of it to use.

What is involved with your song writing process?

I usually start with some drums and just layer. I layer everything on top until it becomes a song. It’s very quick as well. If I haven’t got anything done in a few hours, then it usually goes straight in the bin because it just has to be finished in about four hours for me or else I’m bored of it.

Yeah, totally. They get few and far between these days, but when it happens it’s there. For every one tune that I put out, there are about 1,000 rejects that go in the bin. But then, I’ll get back to them later and go “oh, forgot about that one”, and wonder why I threw it away in the first place. So hopefully I’ve got a decent stockpile of billions of them.

Is it hard for you to let a band loose on your music for the live shows as you play most things yourself?

I love it. It gives me a real buzz, and I laugh a lot of the time because I get so much pleasure from it. I can’t believe it sounds like this. And I love other bands doing whatever they want. I mean, I’d like them to do it reasonably close, but everyone’s got their own styles and feelings and stuff.

Do you prefer live or studio performance?

I don’t know really. I always say I’m not hugely into playing live, but every time I do I really enjoy it. I’m not sure why.

I just don’t think I’m quite up for that side of it. I’ve only just stopped being really nervous on stage. I’ve been performing my music for about five years and it’s just always been alien.

But your fans come to support you and must react positively to hearing your songs live?

That’s why people come to watch us and they go: “I can’t believe you’re still so nervous. Everyone likes it. Why are you nervous?” I just feel too humble sometimes. That’s me anyway. I’m being myself on stage, and I’m not pretending to be some rock star or something. That’s never interested me that much.

So why did you get into music to start with?

Well, I think when you’re at school, when you’re a little kid, it’s just such an exciting feeling to watch or listen to, or even play music. I’ve always loved it. I don’t know how I got to this point. I’ve always been relatively creative and productive. I would still be doing it even if it wasn’t doing it professionally.

You’ve recently started the Noir Club – can you explain what the concept behind this is?

On my website there’s a page where every month of 2011 I put a new sort of exclusive EP or album up there. Initially, it was a place to sell my old stuff that I thought was a bit too old to put out properly. However, everybody really liked it, so I got rid of all that and then just kept starting to add new EPs to it. It almost became a challenge to see whether I could get to the end of the year without the quality nose-diving. Looking back on 2011, I think that I did alright. Now that it’s the new year the pressure is off and I haven’t got to do anymore. As for the future, I’ll probably put out everything as a proper release, though I’m not sure exactly when that will be yet.

For a bit. Again, I don’t really want to end up putting things out that I’ve not put any effort into. I released 13 different EPs in 2011, which is just a mind melter.

Your work has featured on various TV programmes, video games and adverts. Do you have a say in these?

I usually find out after it’s been used. Initially, I wasn’t happy with it because it feels like you’re selling out a little bit. Unfortunately, if you’re in my position there’s not a lot you can do. If you don’t do it, then you can’t do music. I don’t sell enough records or play big enough venues to justify not having a job, a proper job. So I’ve just got to bite the bullet and take the money.

You’ve had your songs feature on some very good stuff. LittleBigPlanet is a prime example of that.

I really like that one. I mean, who wouldn’t want their work to appear on something like that? That’s probably one of the greatest games ever made as well, so I’m very happy about that.

What’s up next for you?

This year I’m going to have a little break, and then hopefully in the summer I’ll have the Noir Club compiled into an album. Then probably, a brand new freshly written one. I’m going to try to do as much as I can just so it looks like I’m really busy because I only do things sporadically.

You may be surprised to discover that Jim Noir isn’t his real name! How did “Alan Roberts” become “Jim Noir”? 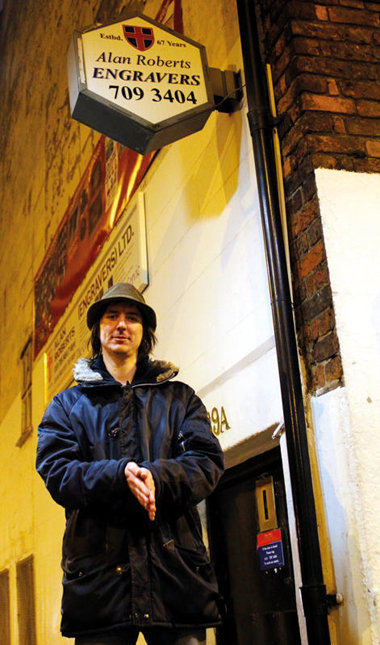 Well, it’s a play on a favourite comedian called Vic Reeves whose real name is James Moir, with an M. He changed it because it wasn’t showbiz enough. So I took the old name and made it showbiz by changing one letter, hence Jim Noir. It seemed to make perfect sense at the time, but it was such a long time ago that I have no idea what it means anymore.