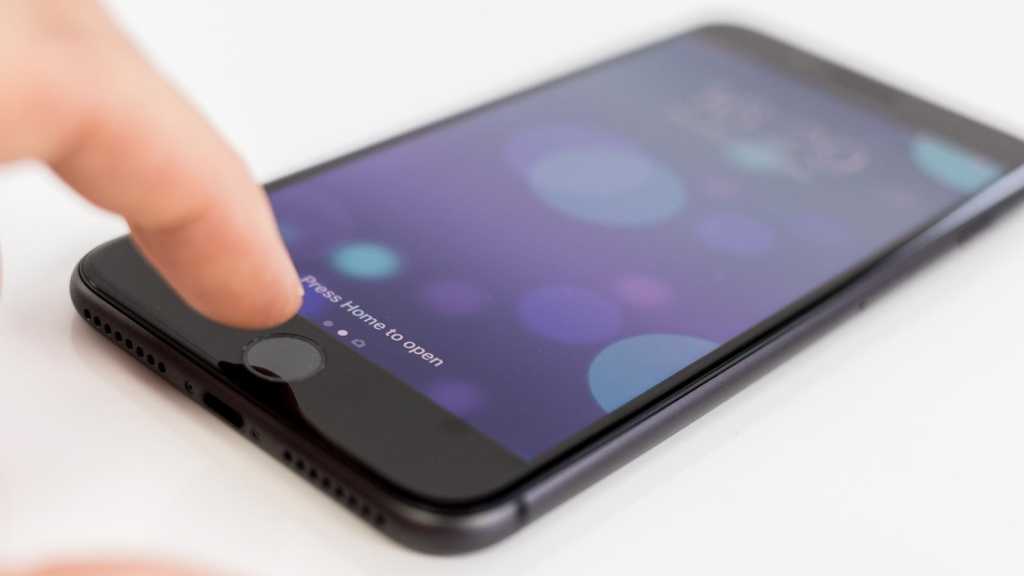 Many of Apple’s phones (anything from the iPhone 5s to the iPhone 8 Plus), a large chunk of its iPads and even some of its laptops have Touch ID – the firm’s proprietary fingerprint sensing technology. It’s handy and secure, but as with most technology, sometimes things go wrong. What should you do if your iDevice’s Touch ID suddenly refuses to recognise your fingerprints?

If you set up the fingerprint sensor some while ago and it had worked fine previously, then the chances are that we can fix whatever has gone wrong now. In this article we take you through a series of simple troubleshooting steps so you know what to do if your Touch ID fingerprint sensor isn’t working.

If on the other hand Touch ID doesn’t work from the very first moment you get your iPhone or iPad out of the box, you may want to book a Genius appointment at the Apple Store to get them to take a look at it. It’s possible that the component is faulty and you’ll need a replacement. 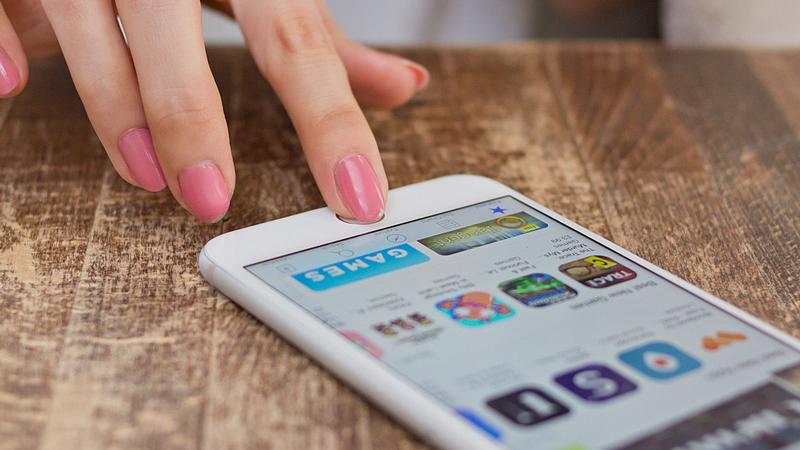 The first port of call in fixing an unresponsive fingerprint scanner is to clean the Touch ID sensor. This sensor takes a high-resolution picture of the sub-epidermal layers of your skin to read your fingerprint and compare it to the fingerprint it has on file, so if there’s dirt or grime on the Home button, the likelihood is your iPhone or iPad will have difficulty confirming that you really are who you say you are.

You can clean the Home button with a lint-free cloth (like the kind you use to clean glasses or a tablet screen).

To find out more about how the Touch ID fingerprint scanner works, visit our Inside the iPhone 5s Touch ID scanner article.

If cleaning the sensor doesn’t help, it’s worth checking that your iPhone or iPad’s operating system is up to date. To check, go to Settings > General > Software Update.

Apple uses minor iOS updates to fix bugs and make improvements to the software, and the fingerprint sensor technology could be part of those improvements.

If you’re troubleshooting the Touch ID fingerprint scanner on a MacBook Pro, it’s still worth checking for OS updates, but obviously you’ll be dealing with macOS. Click the Apple logo at the top right of the screen, then About This Mac. Now click Software Update.

Apple advises that users should cover the Home button completely when using the fingerprint sensor. You should also make sure not to tap too quickly or press down too hard, and should keep your finger still while it’s being scanned. (This should only take a second or two.)

Once you’ve got the hang of this, it’ll become second nature. (It did for us).

iPhone and iPad cases and covers have cutouts for the Home button, but sometimes the cutout is quite tight. Check to see if it’s possible that part of the case material is blocking part of your fingerprint. You may need to find an alternative case. 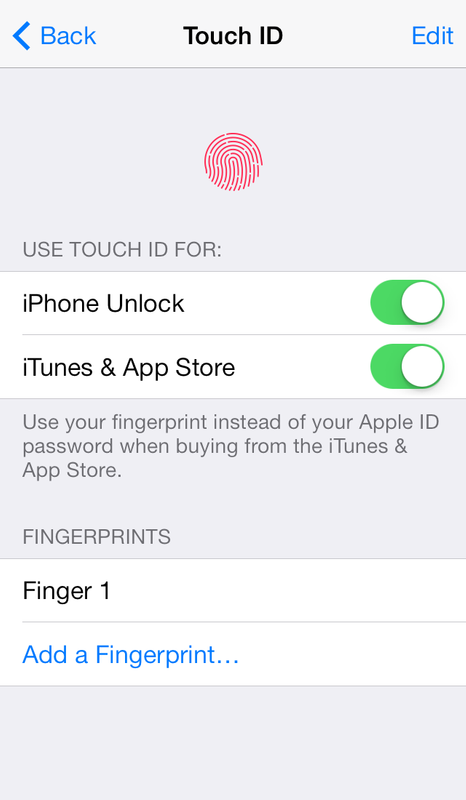 Go to Settings > Touch ID & Passcode > Touch ID and make sure that iPhone Unlock is enabled (it’ll be green if it is). If you want to use your fingerprint to make purchases in iTunes and the App Store, you can enable iTunes & App Store here too. 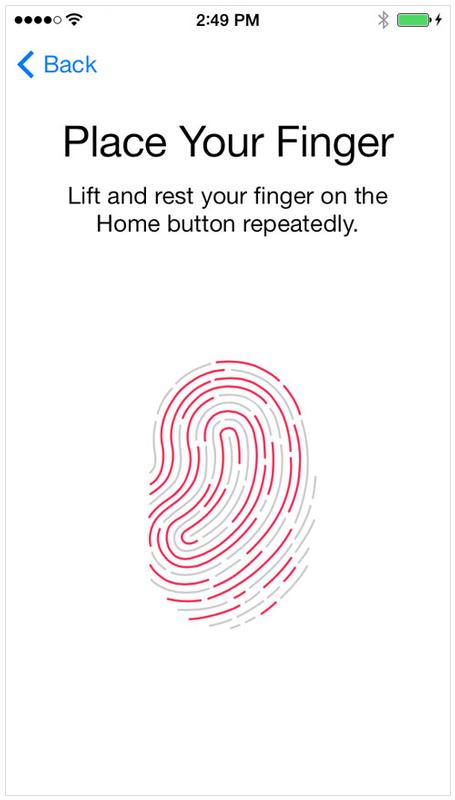 Another thing you’ll benefit from is the ability to add more fingerprints. You can add up to five fingerprints, and then you’ll be able to use any one of those fingers to unlock the device (you don’t specify a default – any one is equally good at the job).

To add more fingerprints, go to Settings > Touch ID & Passcode > Touch ID. You can then add a new fingerprint by following the steps in our how to set up Touch ID article.

This might sound odd, but cold weather can change your fingerprints – only a tiny amount, but sometimes enough to confuse a fingerprint scanner. The skin may simply be dried out by the brisk winter air; we are all familiar with the rough, chafed skin that is common at this time of year. But the individual folds of skin that make up your fingerprint may also be stiffened by the lower temperature.

For these reasons, if problems with Touch ID appear to be especially or only bad when the thermometer drops, and if you’ve got the fingerprint slots to spare, it’s often worth re-registering your fingerprints for cold weather – perhaps just the two thumbs. (We explain how to do this above.) Simply enter the fingerprints as normal, but make sure you do so when you, the weather and most importantly your fingers are cold.

If you’re doing this specifically to deal with the cold then it’s probably worth keeping the ‘warm weather’ versions of those fingerprints on the system, so it still works when you’re in the warmth of your home, for instance. The similar prints shouldn’t interfere with each other; they will be simply be two of the options Touch ID is looking for.

If there’s a particular finger that’s already registered but isn’t working, you can re-enrol it. Go to Settings > Touch ID & Passcode > Touch ID > Edit. From here you can delete a fingerprint, then follow the instructions to add a new fingerprint. This will replace the old print.

To find the faulty fingerprint hold your finger over the scanner and see which of the recorded fingerprints are not highlighted.

Your Home button should be squeaky clean but that doesn’t mean your fingers are.

Apple advises that moisture, lotions, sweat, oils, cuts or dry skin can affect fingerprint recognition. It also claims that exercising, showering, swimming and cooking can reduce the chances of recognition. (We wouldn’t advise going without these activities, however.)

If you’ve tried all of these things to no avail, then a trip to the Apple Store is in order. You can book an appointment with an Apple Genius by following this link.

Did you know some Macs have Touch ID too? Read how to use Touch ID on a Mac.