A new biography of Sir Jonathan Ive sheds light on the creative process behind the iPhone, iPad, iMac and many other iconic Apple products. But in its refreshing lack of tantrums and score-settling it also provides an insight into our expectations of genius, and the ways in which Apple has changed since Steve Jobs departed. 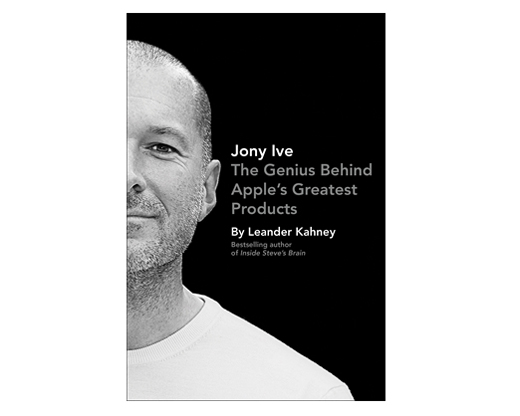 I’m currently reading Leander Kahney’s well-researched biography of Sir Jonathan Ive, Apple’s senior vice-president of design and the man behind (among many other things) the iPhone and iPad. Given Ive’s influence and modest decency it would be wonderful to see him top the bestseller charts this Christmas, but it seems unlikely, for the simple reason that he isn’t enough of a rotter.

Mike Tyson, Morrissey, Sir Alex Ferguson and Sharon Osbourne – 2013’s non-fiction big hitters – may not be the sort of people you’d want to be friends with, but between them they’ve got enough tantrums and objectionable opinions to fill a hundred autobiographies. Sharon Osbourne once bit Evander Holyfield’s ear! Unless I’ve got that mixed up.

Another obvious point of comparison, of course, is Walter Isaacson’s Steve Jobs from a couple of years back, perhaps the definitive Apple tell-all. But it’s hard to think of two books that are less alike.

A phenomenally hard-working and visionary businessman, Jobs also came across as flawed and insecure, his control freakery and vast sense of entitlement combining with his intellect and intuition to drive him onward. Jony Ive is the sort of guy who turned down high-flying job offers because he’d promised to work for someone else.

Partly this impression may be explained by the differing circumstances of the two books. Kahney’s Jony Ive isn’t anything like the insider tale that Isaacson produced, and there’s little reason in any case to believe that Ive is interested in ‘setting the record straight’. There’s a sense that Jobs knew his time was drawing to a close and wanted to make amends to some of the people who loved him at difficult times in his life. Of which there were many.

But let’s be honest: it would be a surprise if anyone had a bad word to say about Sir Jony, who by all accounts is as nice a chap as you could hope to meet. Perhaps it was all an act when he appeared on Blue Peter recently, praising young viewers’ design projects in his quiet, kindly voice, but it’s more likely that he’s just one of the good guys. 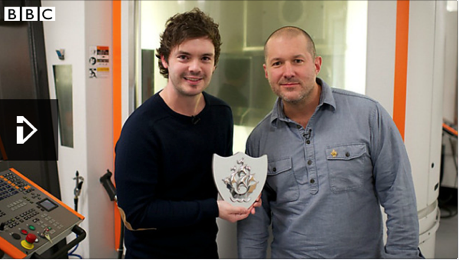 Ive and Jobs, for all their rapport during the second act of Jobs’ Apple career, took a path motivated by a shared obsession – perfect, user-centred product design – and arrived at wildly different destinations. For Jobs, perfectionism went hand-in-hand with confrontation, and good design with explosive salesmanship. For all his communicative gifts, one gets the impression that Ive is happier in the lab than presenting his work. He leads by example, not through the force of his will. There is no Ive reality distortion field.

Apple in 2013 is a lot nicer, at least from the outside, than it was under Steve Jobs, characterised now by Tim Cook’s understated efficiency rather than Jobs’ piratical siege mentality. It’s hard to imagine one of Apple’s current executive team threatening, as Jobs did, to wage thermonuclear war on a rival company. And perhaps even the long-running dispute with Samsung will fizzle out soon: peace in our time.

But is it harder to love a company that doesn’t know how to hate? Steve Jobs didn’t attack IBM, Microsoft and Google because he was emotionally volatile (although he was); he knew it was a powerful tool for forging loyalty. You can’t be a tribe without an enemy. And you can’t win without someone to beat.

It would be nice to think we had moved past tribal fanboyism, particularly as Steve Ballmer, the last of the great Valley hotheads, moves towards Microsoft’s exit door. Take a look at the user comments on your average smartphone review, though, and you’ll see that things are more polarised than ever. Android and iOS are the sides (sorry Microsoft) and you have to pick a team.

Well, I say stuff that. I use Apple products, for sure, but only because on reflection I think they’re the best tools for my work and home requirements. I admire Google for the competitive impetus it’s given to Apple’s mobile business. And if things changed and Android products turned out to be a better fit, I wouldn’t be emotionally conflicted about changing sides.

Then again, I like to think, oddly enough, that Jony Ive would respect that; that he would smile, and congratulate the winning team, and enjoy the fact that good design was being rewarded. That sort of attitude might not make for a Christmas bestseller, but it’s enough for me.