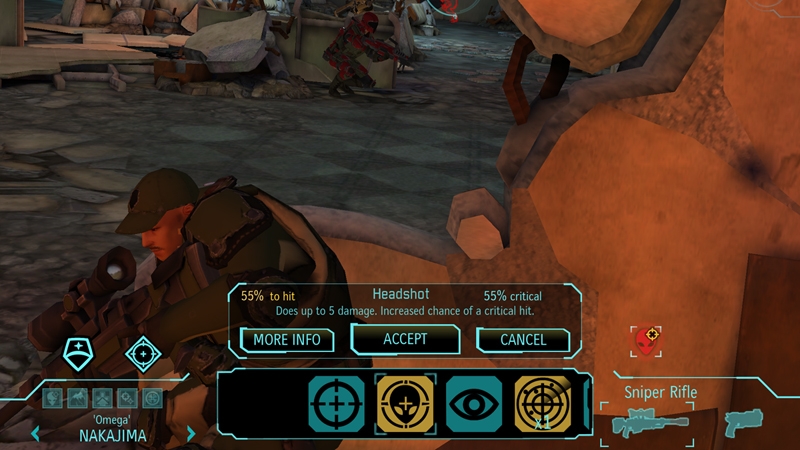 A Universal app or game – in the world of iOS software, at least – is one which has a single version that runs happily on every type of iOS device (although not necessarily on every model of iOS device).

A Universal app works on iPad and iPad mini, iPhone and iPod touch. These days you tend to find that most apps are Universal.

What are the differences between a Universal app, an iPhone-only app, and an iPad-only app?

For various reasons a software developer may choose to restrict an app or game so that it only runs on certain devices. They can specify particular hardware models or indicate that you need a particular version of iOS, but there are sometimes broader restrictions, forbidding users from running the app on an iPad, for example, or anything other than an iPad.

Will an ‘iPad-only’ app also run on iPad mini?

Yes. If an app is optimised and certified to run on iPad, it will also be able to run on iPad mini. (There may be additional restrictions, however: check the app’s details in the App Store to see if it requires a particular generation of iPad mini.)

Will an ‘iPhone-only’ app also run on iPod touch?

Yes. Again, this is supposed to be implied, and will sometimes be stated separately. But an iPhone-only app will also work on an iPod touch – with the same caveat as above, that you should check the Compatibility and Description sections to see if it only works with certain models of iPod touch.

The four types of iOS apps, and the devices they run on

1. Universal apps and games: increasingly common. Hopefully one day all apps will be universal. Runs on all four types of iOS device (although it’ll look slightly different on each, thanks to the varying screen ratios), and if you buy the app for one you’ll be able to download it on another format for free.

2. Apps which have one version for iPhone and another for iPad: In this case the developers have created two versions of the app. One is for iPad (and iPad mini), and the other is for iPhone and iPod touch. You’ll be able to tell because the two versions will have slightly different names and icons (the iPad version is likely to have ‘HD’ or ‘for iPad’ tagged on the name). They may have different prices, too.

An example of this kind of app is Kingdom Rush. If we search for ‘kingdom rush’ on the App Store we clearly see two different versions of both Kingdom Rush and Kingdom Rush Frontiers, with the iPad versions labelled as ‘HD’. The prices are the same, though. 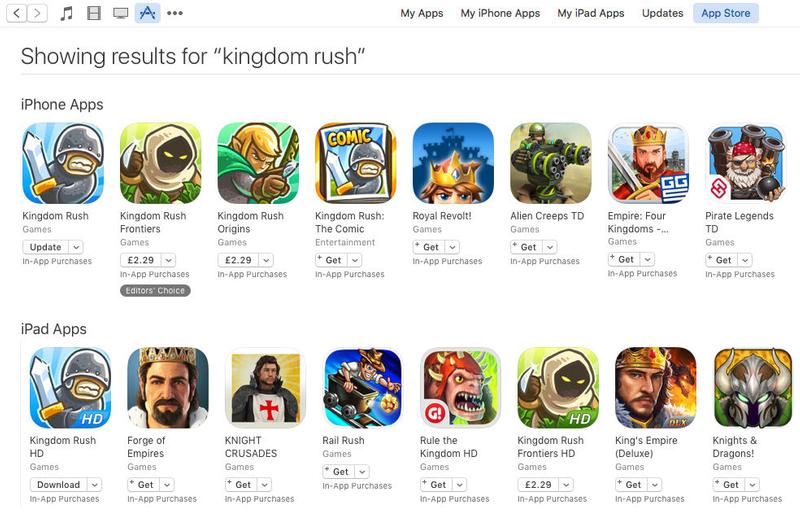 But it isn’t always clear which devices each app works with.

If we click on the standard – that is to say, iPhone and iPod touch – version of Kingdom Rush Frontiers, there isn’t much indication that it’s only for those devices. Unlike Stellar Wanderer (further down in this article) there isn’t a label saying ‘This app is designed for both iPhone and iPad’ below the price; but the Compatibility section claims it is “Compatible with iPhone, iPad, and iPod touch”.

Compatible with: iPhone 3GS, iPhone 4, iPhone 4s, iPhone 5 and iPod 3,4 and 5 Generation. Have an iPad? Buy Kingdom Rush Frontiers HD instead! This version is designed for iPhone/iPod devices.

This is confusing, but the Compatibility section is technically correct: even ‘iPhone-only’ games can be run on an iPad, as we’ll see later. It’s just that you won’t be getting the improved graphics the developers will have added to the iPad version, which is why they’ve added that note in the Description.

If we click on the HD version we see that the Compatibility field only lists the iPad (and, by implication, the iPad mini). This is a hint that it’s much harder to get iPad-only apps to work on an iPhone that the other way around.

3. iPhone-only apps and games: Increasingly rare. This is an app that was designed for iPhone (and will also work on iPod touch) and for one reason or another never got adapted for the iPad screen. Sometimes this will be the case because the developers simply haven’t got around to making an iPad version. Other times they just prefer the iPhone experience, or don’t think it would be worth their time and money to create an iPad-optimised version.

Here’s an example: the venerable free RPG Undercroft (a nice little Eye Of The Beholder-esque retro number). It was last updated at the start of 2011 so it’s little surprise that they haven’t got round to doing an iPad version. A search for ‘undercroft’ on iTunes reveals only an iPhone app. We can still run Undercroft on the iPad, however, as we’ll see later.

This is a more serious restriction, and if an app is designed only for iPad, you won’t be able to play it on iPhone – not without jailbreaking, anyway. We talk about that at the end of the article.

An example of this is Fingle – a cheeky party game where you and a partner have to put your fingers on moving spots on the screen. It’s understandable that this wouldn’t work on iPhone: being a little cramped for space is part of the fun, but trying to get all those fingers on an iPhone screen would be impossible. 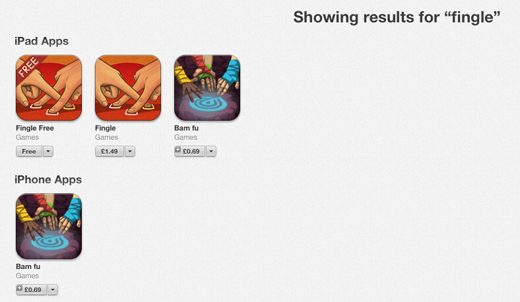 How can I tell which models of iPad, iPhone and iPod touch an app or game will run on?

If you want to know if an app or game will run on an iPad, iPhone or iPod touch, which models it works with and which version of iOS it requires, you can find all of these details in its entry on the App Store. 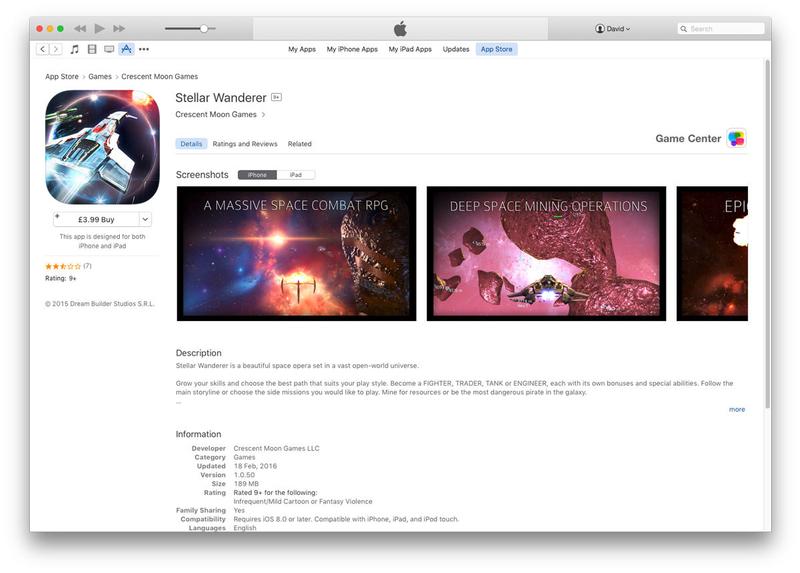 As an example, above is a new iOS game called Stellar Wanderer, which we’re looking at on the App Store on a Mac. On the left, just below the price and Buy button we can see that “This app is designed for both iPhone and iPad”. It’s a Universal app. You’ll also see that there are options to view screenshots of the game for iPhone and iPad.

If you want more detail, check the Compatibility field: this is the eight entry in the Information section. Stellar Wanderer requires iOS 8.0 or later, and states again that it is compatible with iPhone, iPad and iPod touch.

Some apps will specify particular models of iPhone, iPad and iPod touch in the Compatibility section, but confusingly others place this information under Description. Here’s what we see if we look up the mighty  XCOM Enemy Within: 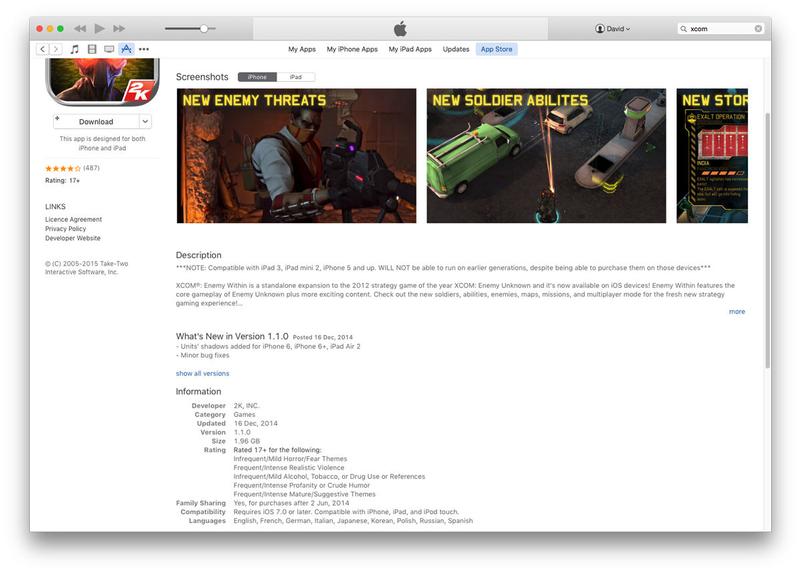 Developers Firaxis have evidently been unable to restrict purchase of the app to particular devices, so they have added an urgent note to the top of the Description:

***NOTE: Compatible with iPad 3, iPad mini 2, iPhone 5 and up. WILL NOT be able to run on earlier generations, despite being able to purchase them on those devices***

If you’re concerned about compatibility, check both sections for any restrictions or recommendations.

How to run an iPhone-only app on an iPad

Let’s return to the iPhone-only app Undercroft; despite that description, we can run it on the iPad anyway. Whereas ‘iPad-only’ is a legitimate restriction that will cause us some problems, ‘iPhone-only’ is more of a recommendation: an acknowledgement that the developers haven’t put in the necessary work so that the app can properly harness the iPad’s additional screen space.

The main obstacle is finding the app in the first place: if you’re searching the App Store on the iPad itself, you’ll discover that by default the system ignores any software it can’t officially run: ‘iPhone-only’ apps and games won’t appear in search.

To get round this you could search for the app on your Mac and then sync to the iPad, but that’s far too long-winded. Instead, just click the menu that’s currently labelled ‘iPad Only’  and change it to iPhone Only. 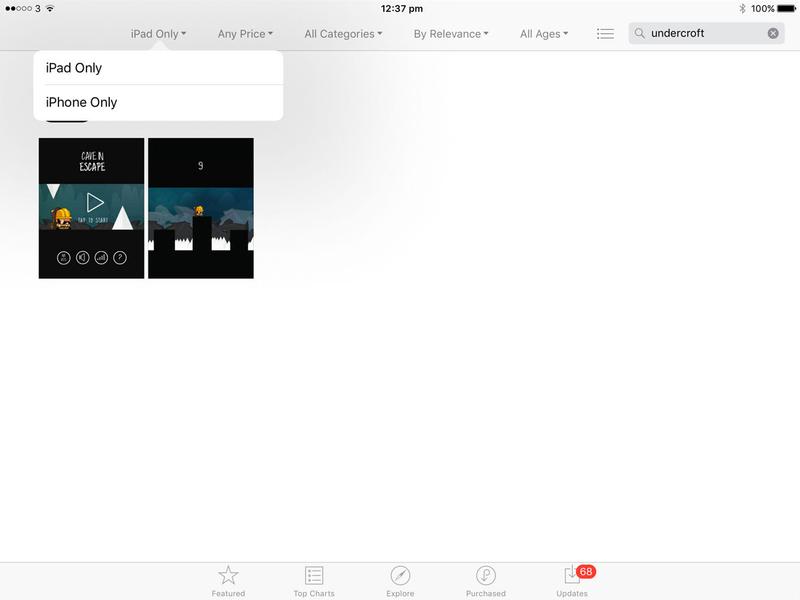 Once you’ve downloaded the iPhone-only app to your iPad, things are straightforward: simply tap the app icon to start the game. You’ll see that it appears to be running normally – except for a circle at the bottom right labelled 1X. If you tap this the game will run at its normal resolution in an iPhone-sized window. By default the game takes up the entire screen, but at a forced double resolution.

So you have two options, neither of which are ideal: run it at twice its native resolution, which will make it look grainier than it would on an iPhone: 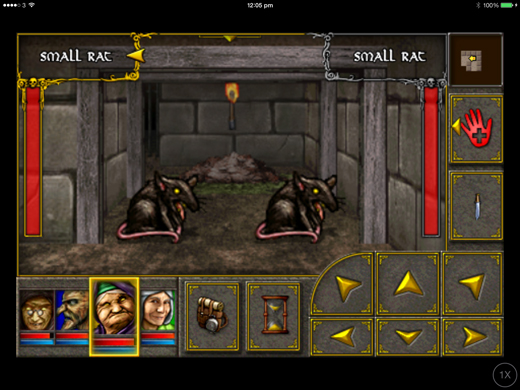 Or use only part of your screen: 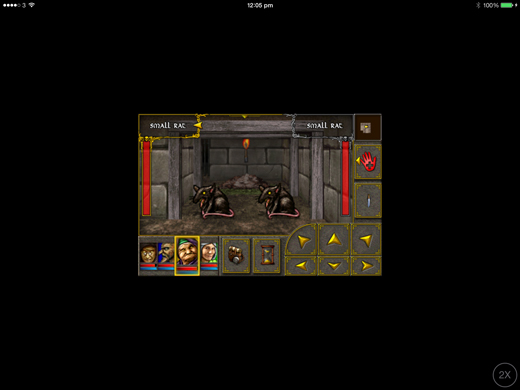 This is why the devs recommended that the game be run on iPhone only; the graphical assets simply aren’t there to display the app at an iPad’s full screen resolution. But for most apps it’s possible to have a perfectly decent user experience using one of the above compromises.

How to run an iPad-only app on an iPhone

Want to know how to make iPad-only apps and games work on an iPhone? It isn’t easy, but if you’ve got a jailbroken iPhone it can sometimes be done. (How well the app runs on the iPhone – or if it runs at all – depends on the way the app is designed.)

If you want to know how to jailbreak your iPhone, take a look at our iPhone jailbreaking instructions.

You’ll need to have access to the app’s .ipa file, and a Mac app called iTelePad2Pod. Download and unzip iTelePad2Pod, then move the iTelePad2Pod folder to your Applications folder. Open the app, and then follow its instructions.

The creator of that app has created a video tutorial explaining what to do next:

Update: we’ve removed the download link because it now redirects to spam.

Assuming you weren’t lucky enough to download the app before the link was changed (and cannot find it through other means), you will have to find an alternative method.

A Reddit user explains how to run the iPad-only app Hearthstone on an iPhone in this thread, for example. This method uses AppSync, available from Cydia, and again requires the .ipa file for the app.

How to block a phone number on any iPhone