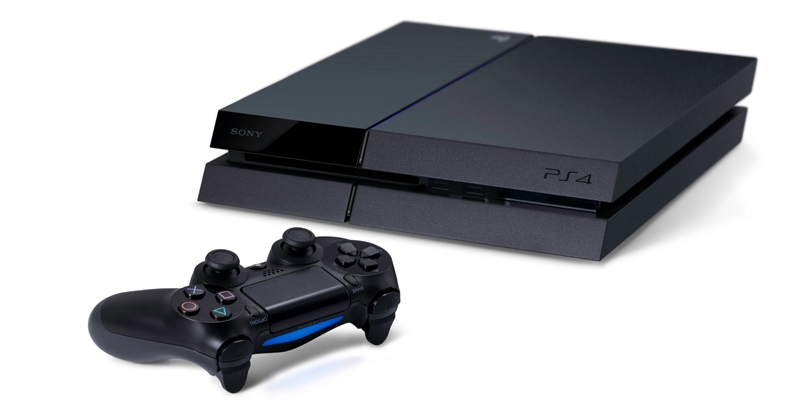 Why compare a tablet with a games console? Well for one thing the iPad and the PlayStation 4 are similarly desirable products in a similar price range. Perhaps more importantly the iPad could reasonably be considered  to be a games console with benefits. It is after all a locked down platform for which you can buy games. Literally thousands of games. So just supposing you are considering buying a PS4 or an iPad, we’ve outlined the benefits of both. And if you don’t consider the iPad to be a gaming device, you really need to read on. (You may also wish to read PC Advisor’s Sony PS4 review.)

Just so you now we’ll focus mainly on the iPad Air and iPad Air 2, with reference to the iPad mini, but most of this advice works for all iPads.

First things first, a new iPad will set you back at least £399 for the iPad Air, or £319 for the iPad mini with Retina Display. A PS4 will set you back £349 inc VAT. But before you start thinking the iPad is a cost-saving option, it is only fair to point out that £399 gets you the basic iPad with only 16GB of storage, and the other eight models range from £479 up to £739. In most cases the iPad Air will cost more than the PlayStation 4 (although it can cost less. This is confusing). Remember that you can buy a first-gen iPad Air for just £319 inc VAT, too. And that was the conetmporary of the PS4 at launch. So all of what follows is true of that device.

Let’s move on to safer ground: the iPad offers some capability that the PS4 doesn’t, albeit outside the area of gaming on which this article focuses. So it may be better value for you. You won’t be editing documents on your PlayStation, but you can on the iPad. Indeed, unlike the Xbox One the PS4 is pretty much limited to playing games. You can’t even play media from thumb drives, and you need to download and install a codec to use the PS4 as a Blu-ray player. You can watch Netflix and iPlayer, and so on, however.

It is easy to view games on the largest TV you can find, when using the PS4. That’s not the case with the iPad. But you can game wherever you are with the iPad – the PS4 is many things, but portable is not one of them. 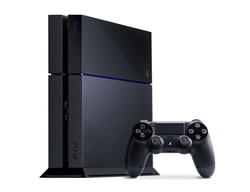 Of course you need an external display for the PS4, although not one for the iPad. But if you are a hardcore gamer, you probably want to play on a massive display as outlined above. Similarly, you need external controllers to play on your PS4, where the iPad’s touchscreen is its own controller. But again, for some gamers this is a positive. A dedicated controller makes for better gaming in some eyes.

And the PlayStation 4’s DualShock 4 controller is Sony’s best yet. It’s compact, light and ergonomically sound.

The analogue sticks are a little small but the rubber coating is very grippy which will avoid those annoying slips where you end up smashing your car into a wall on driving games. The shoulder buttons are also easier to use with a concave design.

Brand spanking new additions are the touch sensitive trackpad in the middle and integrated ‘Move’ motion control. For pure gaming, then, we would say that the PS4 offers better display and controls, but requires you to shell out extra for that display. Meanwhile the iPad offers portability – and the option to play in the same room as someone who is watching the TV.

iPad vs PS4 for games: choice of games

There are hundreds of games for the PS4. You can buy 104 separate titles on Argos alone. And Sony says that there are around 200 including games in development. That’s more than for any other console (which means the Xbox One). Out now are the latest iterations of huge game franchises like FIFA, Call of Duty and Assassin’s Creed.

On the other hand there are, literally, tens of thousands of games for iPad – including everything from free casual games to FIFA 14, Football Manager, Minecraft, Infinity Blade, Deus Ex etc. And they top out at around seven quid. We’ve listed a few of our favourites here: The 69 best iOS games: Great gaming apps for iPad & iPhone. That is 69 games that are certifiably great.

If you have to have the most complex versions of the latest games, the PS4 is likely to be the place to be for the forseeable future, but don’t discount the iPad as a gaming platform. Games coders know they can make good money in the App Store and the days of the iPad being only a casual gamer are long gone. Which brings us on to performance…

iPad vs PS4 for games: performance

It’s a similar tale here. The PS4 is clearly the more powerful device, but even the original iPad Air is far from a poor gaming tool. In our tests, Geekbench 3 showed the iPad Air’s processor clocked at 1.39 GHz – a tad higher than the Apple A7 in the iPhone 5s which reads 1.30 GHz – and it returned a score of 2703 points in multi-core mode; and 1487 points for a single core.

In the Egypt HD graphics test the iPad Air could play at an average framerate of 48 fps, and we really can’t imagine anyone being disappointed by its gaming capabilities. Fast forward to the iPad Air 2 and things take on an even more impressive slant. It’s not often remarked on, but the iPad Air 2 and it’s A8X chip are an extraordinarily powerful combo. This chip offers a 64-bit desktop-class architecture and 3 billion transistors. In the T-Rex GFXBenchmark, the iPad Air 2 turned in an amazing score of 52fps. It can handle graphics, and then some.

The new PlayStation delivers a thoroughly next-gen experience, however. It’s equipped with an 8-core AMD Jaguar CPU, clocked up to 2.75GHz. This is paired with an 800MHz AMD Radeon GPU and a healthy 8GB of GDDR5 RAM.

It’s a powerhouse and on paper it’s more powerful than the Xbox One so there’s bragging rights there at least. The iPad Air doesn’t come close in terms of raw power.

iPad vs PS4 for games: the verdict

If you need the best, have the funds to pay for expensive games, controllers and displays, and portability isn’t an issue, the PS4 rivals the Xbox One as the only game in town. But don’t discount the iPad Air as a gaming device (or indeed any iPad). The iPad enjoys a wider selection of much less expensive games, and offers a portability that the PS4 cannot match, being locked into your front room.