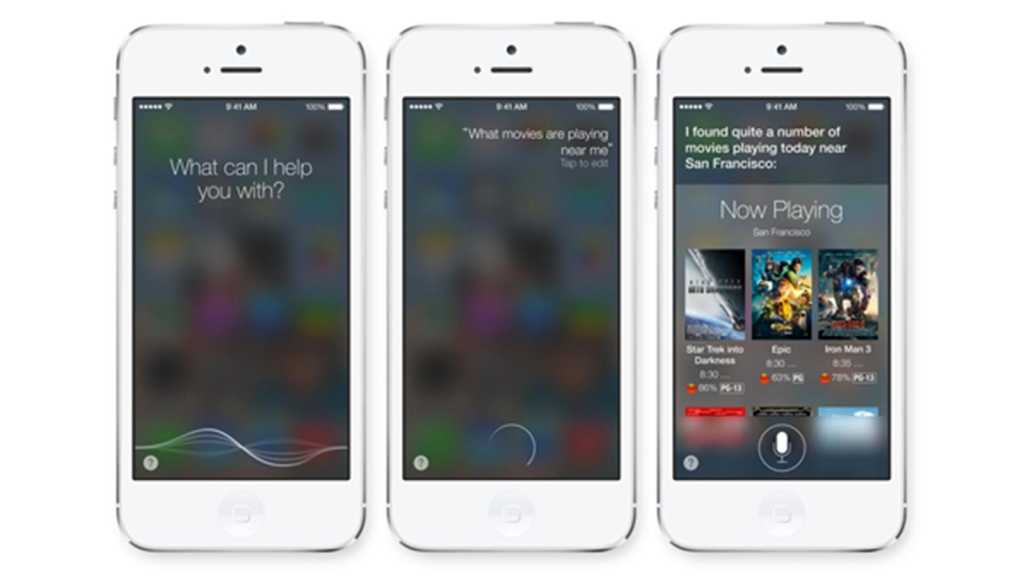 Can Siri understand British accents? Macworld finds out, in this silly Christmas video.

As we discovered when canvassing Macworld readers’ view of Siri – check out our list of  Siri problems (and solutions) – many people in the UK find that Apple’s iPhone and iPad struggle to understand the more extreme accents and dialects from these shores. So we thought we’d test out Siri’s accent-deciphering abilities.

In this video various members of the Macworld team challenge Siri (on an iPad Air) to work out what exactly they’re talking about, as they exaggerate (or in one case wholly invent) regional accents. We found test specimens hailing from West Yorkshire, Bermondsey, Grimsby, Manchester and Devon, and, since we don’t employ any Scots, one brave soul willing to affect a Glasgow burr. Please go easy on him. He’s doing his best.

We were surprised, in fact, by how well Siri got on, suggesting that Apple has been working hard to hone its UK ear. Our unluckiest subject was Chris from Grimsby, but most of the rest had to really ham up their accents in order to be misunderstood.

But we did get some funny mistakes. Dave from Devon (and, on the basis of his performance in our video, most of southern England) told Siri to “Just schedule it in the board room, it’ll be fine”, which was noted down as “Just say Flipboard we fight”. And even his first question was an ominous failure: “Where can I watch Gravity?” transformed into a web search that brought back “Granny’s Got A Gun.”

Matt from Leeds instructed Siri to “schedule a meeting in the small board room tomorrow”, and this was understood as “Television small modern tomorrow” – but somehow the meeting was scheduled nonetheless. Karen made a similar request and the phrase “snow bunting” appeared from nowhere.

We’ll be a bit more lenient at Siri’s failure to understand James (from Lincolnshire/fake Glasgow) when he asked where to buy a  sgian-dubh. Siri’s best guess was to offer nearby(ish) ski resorts. You’ve got to hold your hands up and say fair does to that, really. 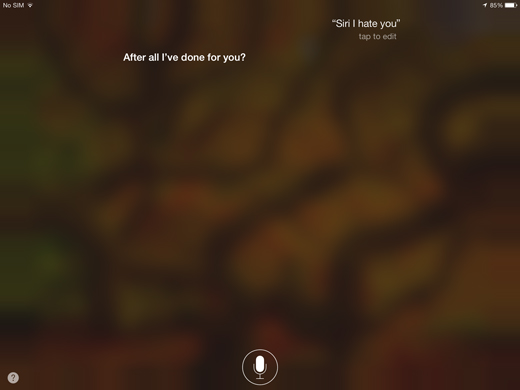 The majority of requests – even in our exaggerated accents – were understood, or came close enough that the response was useful. Asking for directions, and for a song to start playing, were both excellent. The former only failed when people asked for obscure places it didn’t recognise (or when Karen from south London hardened the second syllable of Dawlish and made Siri think of sandwiches). And when it came to song requests, Siri even understood that Dave was asking for “I Am A Cider Drinker”. (The song is not available on the video director’s iPad.)

Siri is notorious for offering a far narrower set of sports-related information on this side of the Atlantic, but on football at least it performed admirably. Even when Matt from Leeds enquired about “t’Premiership” it wasn’t thrown.

Overall, then, we were impressed: Siri did a lot better than we were expecting. Some accents do better than others, mind you, with our Grimsby representative reporting (and demonstrating) that Siri struggles in that part of the nation. But it understood James’ cod-Glaswegian better than most real Scots probably would.

Here are some funny things you can say to Siri, and some funny answers: