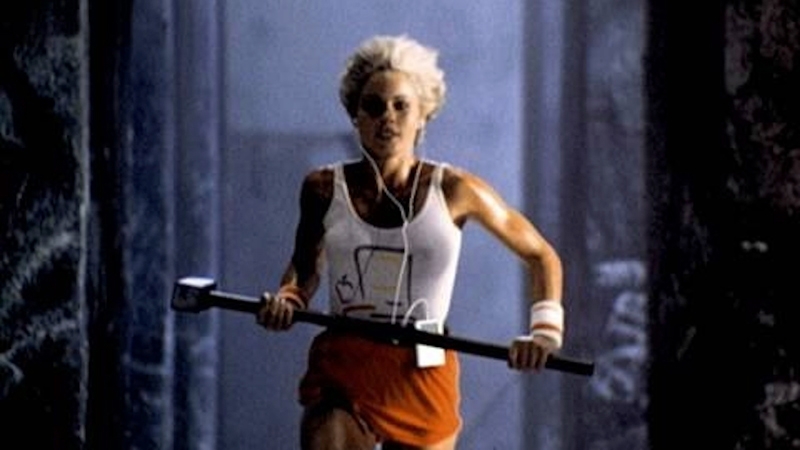 Welcome to our roundup of the best Apple ads of all time: the adverts the company commissioned to tell the world about itself.

Apple isn’t just famous for its computers; it’s also responsible for some of the most charming adverts in history. Most fans know about 1984, but lesser-known classics like Snail and Dinosaurs may have passed you by; and the company continues to make great adverts today, such as its new effort starring The Rock.

In this article we round up some of the greatest, weirdest and most iconic Apple adverts of all times: the ones that made the Macintosh and iPhone stars and sold the company’s vision of personal computing.

[Read our history of Apple, starting with how Apple was founded.]

This is believed to be the first ever TV advert for an Apple product – a somewhat low-rent and distinctly un-Apple effort for and seemingly by High Technology Inc, a local business that we’d now refer to as an Apple reseller. High Technology has the Apple II, and is keen to convince us of its merits.

The voiceover is powerfully annoying.

Six years later, and we’re back into a more familiar realm of lavish production values. And trained actors.

Apple didn’t just start advertising with the Macintosh. Just before the Macintosh launched, in 1983, Jobs and co were trying to push the Apple Lisa computer. This advert stars a young Kevin Costner.

“Soon there’ll be just two kinds of people,” says a narrator in dulcet tones, while piano music tinkles in the background, “those who use computers, and those who use Apples.”

No Apple advert compilation could miss the classic 1984. This commercial – screened in a few local spots on 31 December 1983 to qualify for that year’s advertising awards, and then nationally during the Super Bowl in January 1984 – introduced the Macintosh.

The Apple board reportedly hated the advert so much that they asked the agency to sell off the spot; fortunately for advertising history, the agency only managed to sell a part of the booked slot and Jobs and Wozniak still got their 60-second commercial. The ad plays into classic Apple fan territory, positioning the company as the plucky underdog favoured by creatives fighting against corporate mundanity.

Ted Friedman, in his book Electric Dreams: Computers in American Culture, said: “Super Bowl viewers were overwhelmed by the startling ad. The ad garnered millions of dollars worth of free publicity, as news programs rebroadcast it that night. It was quickly hailed by many in the advertising industry as a masterwork.” The advert was only officially broadcast a single time, creating an air of mystique in the pre-YouTube days.

This was an internal advert shown at an Apple International Sales Meeting in Hawaii in October 1984. It takes the Ghostbusters theme tune and reworks it to poke fun at IBM (whose nickname is Big Blue).

Yeah, it’s sophisticated stuff. But decent fun, and presented with surprisingly solid production values, except for those own-brand Ghostbuster suits.

This is one of our favourite Apple adverts. With the best Apple adverts, like 1984, Think Different and Snail, it’s not immediately apparent what they’re getting at. The Quadra Revolution fools you into thinking you’re watching a car advert, before pulling out to reveal the computer.

The spiritual predecessor of those Mac vs PC adverts that Apple ran in the 2000s.

Switching rapidly between a Macintosh (one of the clones from the late 1980s, we believe) and a Windows PC, it compares the Mac (along with fanfare) to the PC (with dowdy music) and their features, performance and all-round pizzazz or lack thereof. And even says the Mac is cheaper – sounds odd nowadays, doesn’t it?

This is one of the cheaper-looking Apple adverts, and doesn’t sit very comfortably along such grandiose efforts as Snail and 1984. But it shows that comparing Mac to Windows wasn’t a recent idea: Apple’s always done it.

This one shows a dad hoping to entertain his kid with CD-ROM multimedia. “Wanna see some dinosaurs?” But delivering on this promise proves more difficult than expected.

“Loading CD-ROM into Windows,” the dad says with a sigh. “Configure jumpers and dip-switches?” Eventually the kid leaves to go to a friend’s, because they have a Mac.

Although the ad is another dig at Windows, in this instance most people think it’s fair. Setting up an early Windows PC to run CD-ROM multimedia was a technical nightmare.

Set in the early days of the internet, this Apple advert starts with the words “What would you do, to change the world?” It then flashes between Macs in different settings as children say inspirational things like “end hunger” and “everyone gets a house”.

While the message comes across as a bit naive these days, it’s quite touching to reminisce about the excitement the internet created when it first appeared.

Black and white clips of famous people: Einstein, Gandhi, Picasso, and so on. The narrator recites a monologue about “the crazy ones”: the only ones crazy enough to think they could change the world.

This is another absolute classic up in the same league as 1984, and it’s worth noting that this marks the return of Steve Jobs to Apple (especially if you compare it with ads like Mac vs Ordinary PC from a few years earlier).

This is another classic Apple Advert, this time poking fun at the Intel Pentium II processor (as compared to Apple’s G3 chip).

The video shows a snail carrying an Intel Processor on its back. It slowly shuffles (crawls?) into view as a voice-over informs you that the Intel Pentium II is not the fastest processor in the world, and that the PowerPC 750 is up to twice as fast.

The iMac was introduced with a flourish with this cute video narrated by Jeff Goldblum.

In the video he outlines the steps to setting up an iMac, before laughing and saying: “There’s no step 3.” It fits into the rallying cry of “it just works” from the Apple faithful, but also addresses a problem that many people had with the internet – that it could be painfully tricky to connect a computer to a network. Goldblum’s infectious laugh is what really sells the iMac to you, though. Another classic.

We’ve looked at the classics, but for a comparison point let’s jump ahead a couple of decades and see what Apple adverts are like these days. We’ve picked out three recent highlights.

Not burned by its experiences with Kev Costner and Jeff Goldblum, Apple still likes to use celebrities in its adverts. Such as James Corden, who is inexplicably popular in America and recently signed a deal to bring Carpool Karaoke to Apple Music. This advert for the service, starring Corden and a dignified but wooden line-up of Apple Music execs, is admittedly quite funny.

Can we talk about the full stop at the end of the title, by the way? There’s something very Apple about that.

This one focuses on the videographic capabilities of the iPhone 7 Plus, alleging that video shot on its newest phablet is of such high quality that a school play seems like a Hollywood movie. Although going by the smitten look on the dad’s face at the end, a heaped helping of sentimentality is also playing a part.

Dwayne ‘The Rock’ Johnson stars in this Siri-themed effort, which name-checks the iPhone 7 in its official listing but may have more than a little to do with the upcoming launch of the HomePod. Now that Apple is getting into the smart-speaker market, it seems like a good time to remind people that it has a voice assistant of its own, and one that’s getting more reliable and versatile all the time.

Johnson (in the ad) is a busy man who depends on Siri to organise his schedule, call for a taxi, tell him the weather in Rome and pull up photos of his fashion line at short notice, while generally having a glamorous life. It’s all quite silly but the star is sufficiently charming and self-aware – as we guess you’d need to be, in the WWE – to pull it off.