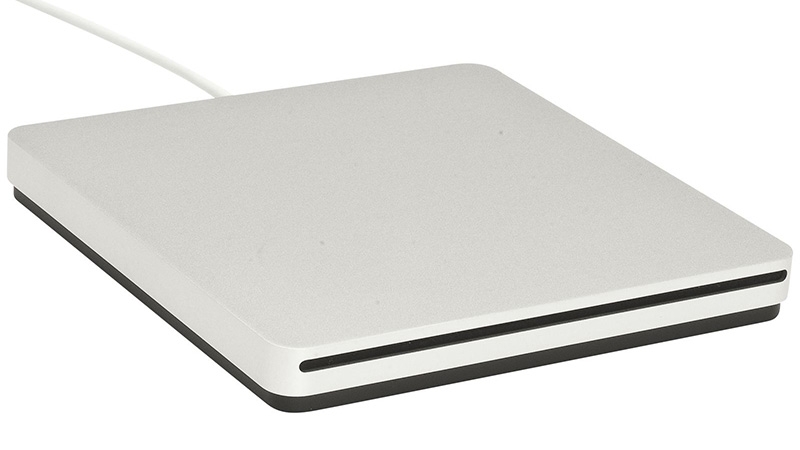 Which is the best DVD recorder drive for the Mac? Most Apple Mac computers no longer contain an Apple SuperDrive (Apple’s name for DVD burners attached to Macs), but you can buy an Apple USB SuperDrive from the Apple Store.

However, there are many other Mac-compatible DVD recorders available. So should you get a cheaper non-Apple DVD drive, or stick with the Apple DVD SuperDrive? Read our Apple SuperDrive review.

Even in this age of digital downloads, it’s still worth owning an optical drive. With it you can copy music into iTunes, watch DVDs and archive photos and media on an optical drive for a safe backup.

We take a look at some of the best Apple Mac recording drives available. Read: Should I buy a SuperDrive

The Apple USB SuperDrive was first introduced with the MacBook Air and has since taken something of a backseat on the Apple Store. The USB SuperDrive a small DVD recorder, which means you can use it to read and record CD and DVD optical disks. It connects to your Mac with a single USB connection, which also provides power, so you don’t need to worry about separate power cables. It’s probably the neatest solution and is good if you want to attach an optical drive to your Mac for installing software.

It’s not just for the MacBook Air, Apple also lists compatibility with the following Macs:

However if all you want to do is rip a few CDs into iTunes, we think the £65 that Apple is charging is perhaps a little high. There are other options on the market. 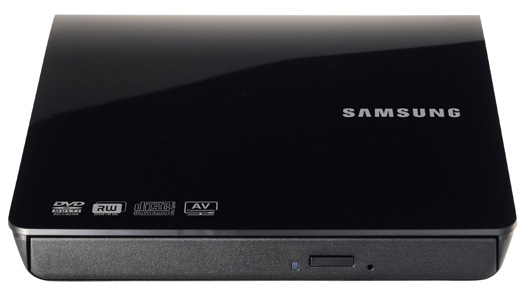 The not-too-snappily-titled SE-208DB/TSBS is a popular DVD drive from Samsung. It retails for the low price of £26.50 although can usually be picked up for around £20. Like the Apple SuperDrive it is powered by the USB cable, It has smart speed adjustment and supports Buffer Under Run for fewer recording errors. For the money, it’s a pretty good deal.

The other option you can choose it to move upwards from DVD and into Blu-ray territory. You can now pick up a Blu-ray recorder for only marginally more than the Apple SuperDrive. This Samsung Slim Blu-ray writer enables you to read and write CDs, DVDs and BD-R discs. You can also hook it up to your television with an AV connection. While Blu-ray hasn’t achieved the lofty popularity of DVD it’s still worth having a Blu-ray writer around for making large scale backups of photo and video collections, and of course you can play Blu-ray movies with it.

The LiteOn DVD drive is the smallest DVD alternative on offer here, and at 250g, it’s about two-thirds of the weight of Apple’s already small offering. It’s a fairly straightforward drive, and like other options here doesn’t require an external power supply. Like the Apple DVD SuperDrive, the USB cable is integrated with the device itself. All of this makes it pretty good travel option, and we think it’s still worth often having a portable drive with us when travelling: in case you are supplied with materials to work with on a DVD or CD. 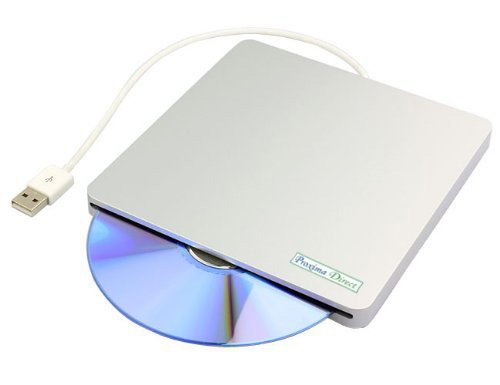 This Proxima Direct Slim Slot is probably the closest alternative to the Apple SuperDrive. It has a largely similar design and features a slot-loading mechanism. It’s also fully designed for the Mac and also doesn’t have an eject button (it works in the same manner as the Mac SuperDrive.). It official retails for £49.99, which is marginally less than the Apple SuperDrive, but we see it on sale for around £25 so if you’re looking for a like-for-like alternative and spot it at a good deal then consider it.

It’s also worth remembering that you can connect a Mac without a SuperDrive to an older Mac with a DVD drive using Remote Disc (tick the DVD or CD Sharing feature in System Preferences > Sharing). Using Remote Disc can be helpful if you have a MacBook Air and an older Mac with a DVD drive attached, you can save yourself the money on an external drive.