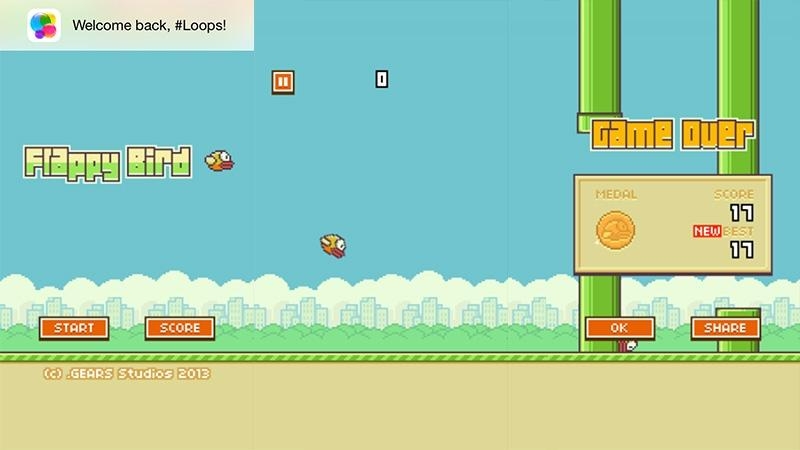 Flappy Bird’s dead, but you can still download and install the game to an iPhone or Android smartphone. There are several methods, some of them difficult, some expensive, but we cover all the ways you can download and install Flappy Bird – even though it’s been deleted from the app stores – in this tutorial. Updated 16 May 2014 with reports that Flappy Bird 2 is on its way in August

Flappy Bird review – What was the secret of Flappy Bird’s success?

Before you spend a fortune getting hold of the Flappy Bird app – or risk your security by installing a dodgy Flappy Bird rip off, you can play Flappy Bird on your web browser at  https://flappy.im.

You’ll then be able to judge for yourself as to whether you wish to do any of the following.

Your first option is to wait. That might sound like a cop-out, but it could save you a lot of money and/or effort, as you’ll see in the other solutions below. And it’s perfectly possible that Flappy Bird will return to the App Store (and Google Play) in the near future.

Interviewed by Rolling Stone magazine, Flappy Bird creator Dong Nguyen admitted that a new version of the game was a possibility.

“Will Flappy Bird ever fly again? ‘I’m considering it,’ Nguyen says. He’s not working on a new version, but if he ever releases one it will come with a warning, he says: ‘Please take a break.'”

When Flappy Bird was pulled from the stores, cynics (which included me, I’m afraid) thought the whole thing could be a PR stunt to get more column inches and clamour for the game, before bringing it back “due to popular demand” – it just seemed bizarre for a game that was making good money to be taken down for ethical reasons alone. But the wait for a comeback (even if one is now a possibility) suggests that Nguyen was sincere.

Since that interview, Nguyen has told CNBC that Flappy Bird 2 (or whatever he chooses to name the resurrected game) is indeed on the way – and that we should expect it to launch in August 2014.

Flappy Bird 2 “will include multi-player capabilities and be less addictive”, according to Nguyen in the interview. But his attitude to his creation remains oddly ambivalent: he said he “would rather people spend their time doing more productive things rather than attempt to guide a cartoon bird through pipes to rack up a high score”.

How to install Flappy Bird on iPhone (or Android smartphone): Buy an iPhone or Android phone with it installed already

Let’s get this one out of the way next. It’s expensive, but if you’ve got money to spare and are that desperate to play a deeply flawed, formerly free iPhone game, head over to eBay and browse the ‘bargains’. Lots of people are selling off second-hand iPhones and Android smartphones with Flappy Bird installed.

Flappy Bird was installed on a huge number of phones, so if more users cotton on to this potential money spinner and add their devices to the offering, prices may fall – so it may be worth waiting. But actually there are far better – and cheaper – ways to get hold of Flappy Bird. 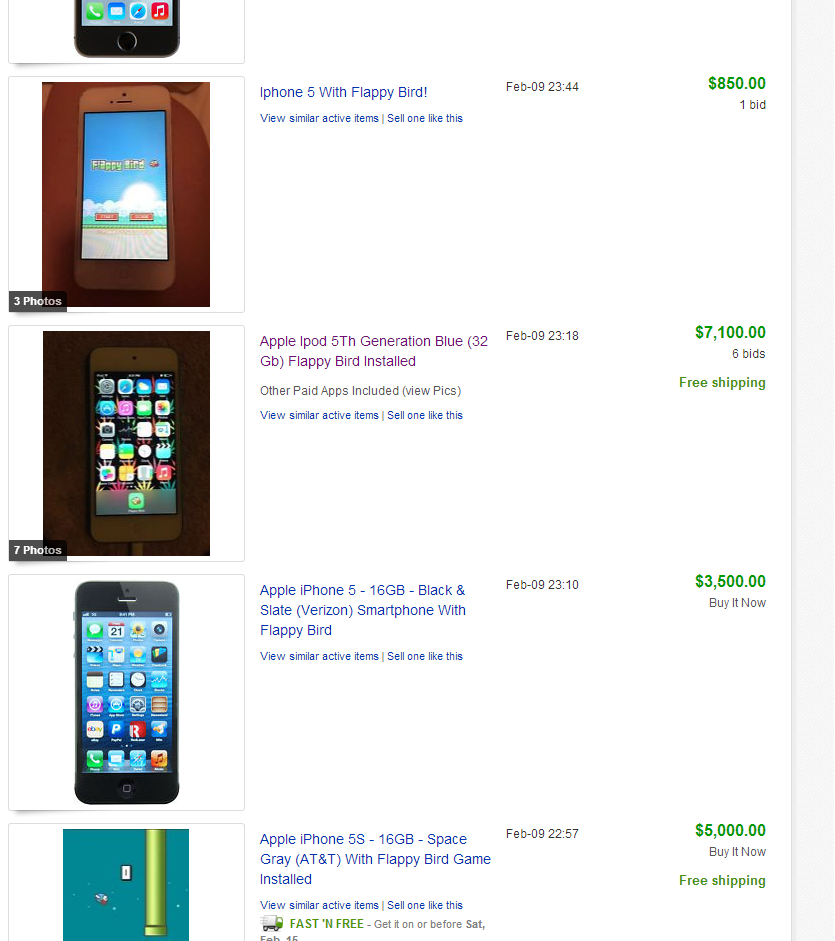 Prices for iPhones and iPods with Flappy Bird installed, on eBay.com earlier

Update: in fact the prices are already falling, and there are plenty of devices on there around the £400 to £600 mark. However, the trend seems to be for canny sellers to put up devices that are either old or damaged. There’s an iPhone 4 with Flappy Birds for £400, and several smartphones with visibly cracked screens. Nice way to fund a replacement, right?

The 70 best games for iPhone and iPad

How to install Flappy Bird on iPhone (or Android smartphone): Re-install the game from iTunes

Does that seem expensive? Well, if you’ve previously downloaded Flappy Bird to iTunes and synced it to your iPhone or iPad – and then deleted it from the iOS device – you can re-install without any problems, and for free. 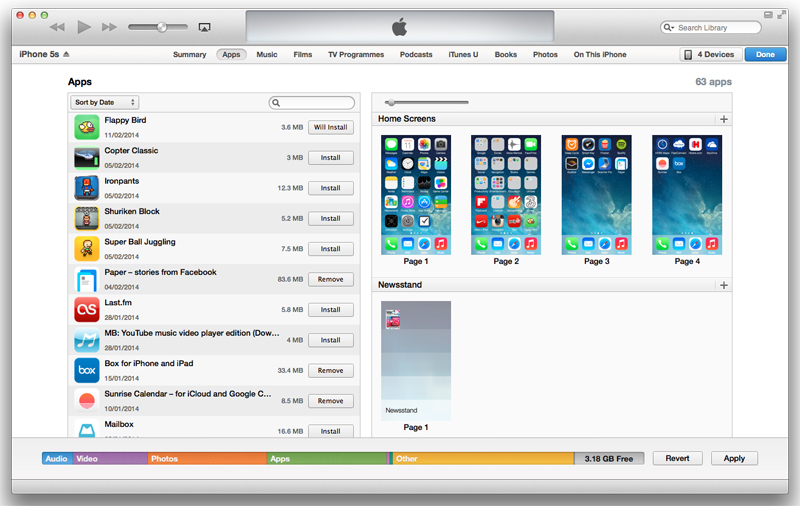 But you can’t repurchase Flappy Bird on your Mac if you’ve removed it from iTunes. 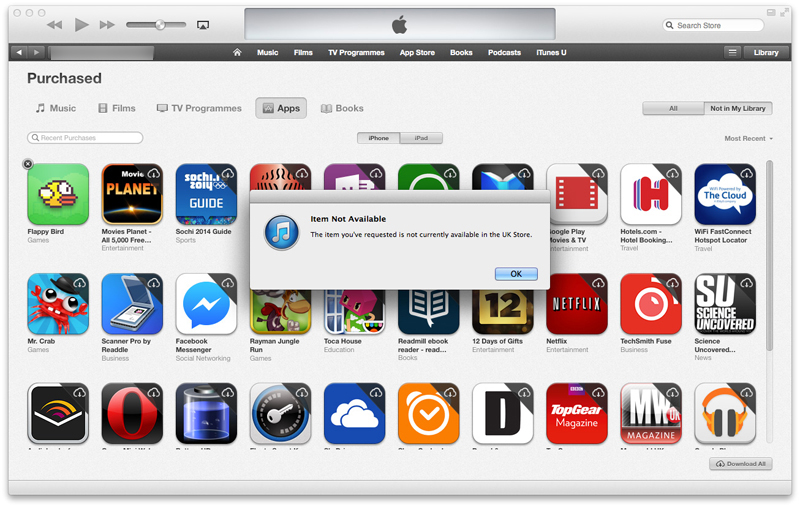 How to install Flappy Bird on iPhone (or Android smartphone): Install it using someone else’s Apple ID

A better way to ‘borrow’ Flappy Bird from someone who installed the game before the ban is to find a trusted friend or relative who is willing to let you log into the App Store using their login details.

Apple allows a purchased app to be installed on multiple devices. Indeed, many families and couples share an Apple ID between their various devices, saving money by buying apps and other digital content only once. It’s legal to share an Apple ID, and purchased content, between up to 10 devices in a single household.

If you’re sharing an Apple ID with someone who bought Flappy Bird already, open the App Store app, click the Updates tab at the bottom, then Purchased and Not On This iPhone. (If you’re on an iPad you can go directly to the Purchased tab, which gets its own entry on the larger screen.) Either scroll down or use the Search function to find Flappy Bird, then tap the iCloud symbol to download it. It’s still available for download even though it’s been ‘removed’ from the store – in fact it’s only been made unpurchasable.

If you’re logged in with your own ID, but want to download Flappy Bird using someone else’s ID (remember that for this to comply with Apple’s rules that person should be a member of your household), open the App Store and select the Featured tab, then scroll down to the bottom of the page and find the field where it says ‘Apple ID:’ and then the Apple ID you’re logged in with. Tap this and select Sign Out, then log in again using the friend’s ID. Find Flappy Bird in the Purchased section as above, and tap the cloud icon to download it. 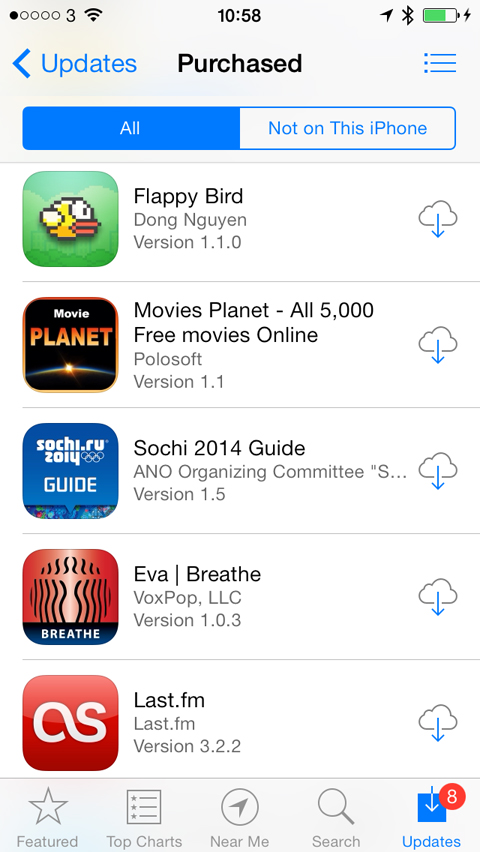 But now, remember to go back into the Featured section of the App Store and sign out again (and sign in with your ID).

Ordinarily, having apps on your iOS device that have been purchased from more than one ID can be a pain when updates come along – iOS will have to ask you to log in again with the alternative ID in order to get new updates for the rogue apps. But Flappy Bird won’t be getting any more updates (assuming this isn’t all a clever marketing strategy, and that it won’t reappear ‘due to popular demand’ in a few days), so this isn’t a problem. The downside may occur when syncing with computers – if you like to do a full sync of all the apps in iTunes, it will try to delete apps that it doesn’t recognise.

How to install Flappy Bird: Find the file online, and install it to a jailbroken iPhone (or Android phone)

Okay, so you don’t know anyone who has Flappy Bird in their Purchased list. You can still download Flappy Birds, but it gets more difficult at this point for the iPhone (and iPad) users. (It’s also legally dodgy, so bear that in mind.)

If you’re on Android, you simply need to find and download the APK file (APK stands for Android Package Kit) for the game online – a quick search for ‘flappy bird apk’, via the browser on your device, should do the trick. You’ll need to make sure your smartphone or tablet is set up to accept files from unknown sources (you should find the tickbox for this under Settings, Security) but once you’ve fixed that you’ll be able to install the game from your Downloads folder.

iPhone and iPad users will need to have a jailbroken device to be able to install the file for the game from online – non-jailbroken devices only accept apps and games from the official App Store. The file we’ll be looking for online is an IPA or .ipa instead of an APK. This is the equivalent for iOS devices.

Here’s how to jailbreak an iPhone or iPad. (Carefully consider the consequences regarding your warranty and future support, which we discuss in that article.) You’ll then need to install a specific tweak that allows you to sync IPA files.

Now search for the .ipa file – as before, a simple search for ‘flappy bird ipa’ should get you plenty of download sources. (Make sure you’re downloading an .ipa, mind you, and not an .exe or other dodgy file by an unscrupulous malware creator.) Drag-and-drop the .ipa file to the Apps section in iTunes, and sync your iPhone. If all has gone according to plan Flappy Bird should appear.

How to install Flappy Bird on iPhone (or Android smartphone): Install one of the rival/clone apps

Instead of stressing about downloading a game that wasn’t groundbreakingly original in the first place, you could simply go for one of the clones that sprang up like mushrooms as soon as Flappy Bird started getting traction. We don’t endorse this sort of plagiaristic bandwagon jumping, but Flappy Bird was itself deeply derivative, so it’s hard to get too worked up about it.

At time of writing the alternatives include Flappy Plane, Flappy Bee, Splashy Fish and Fly Birdie – Flappy Bird Flyer. They’re mostly free, so it wouldn’t hurt to give them a try to see how egregious the gameplay really is. Our advice would be to drop anything with in-app purchases.

How to install Flappy Bird on iPhone (or Android smartphone): Don’t bother, because it’s not very good

Last of all, can we just make a plea for good games? Flappy Bird was hard and weirdly addictive but there are many better games out there. If you’re keen on one-button flyers, the obvious alternative is Tiny Wings; if you want something addictive and insanely hard, give Super Hexagon a go. There are lots of brilliant, simple side-scrolling games for iPhone, such as Canabalt and Jetpack Joyride. 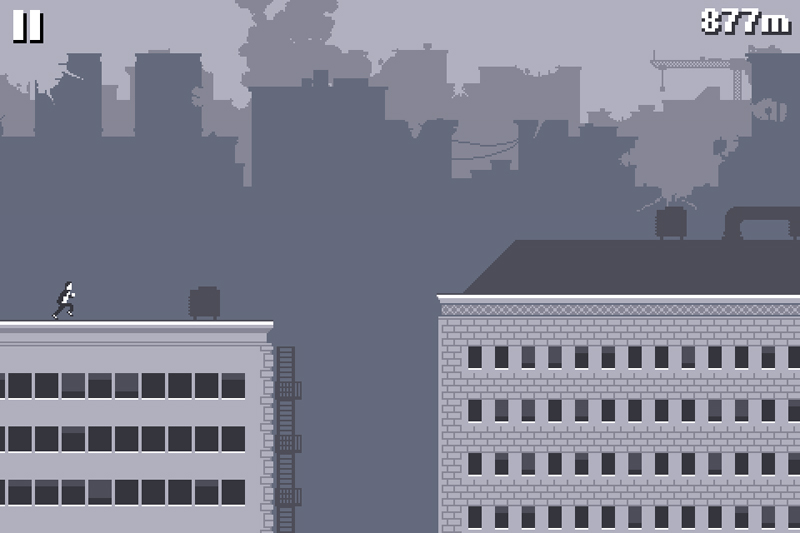 For more options, take a look at  The 70 best games for iPhone and iPad.