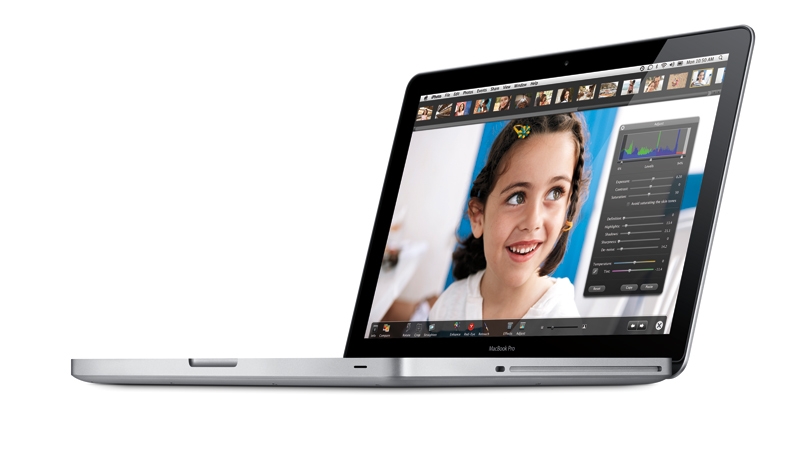 There is just one, lonely non-Retina MacBook Pro left available to buy from Apple. Not only is it the last of its kind, it’s also the only Mac left with a built-in optical disc drive. There have been rumours for some time that the non-Retina MacBook Pro could soon be dropped from Apple’s line-up, although having recently dropped prices on the model it would appear that Apple isn’t quite ready to ditch it just yet. Apple has dropped the price on this older MacBook Pro from £999 to £899, a saving of £100. It’s had no update to its specs in the past two years, however.

Now a report from DigiTimes claims that the current model will indeed be retired by the end of 2014, but according to DigiTimes sources the non-Retina MacBook Pro may get a redesign, and be slimmed down, while retaining it’s optical drive we presume.

If DigiTimes is referring to a thinner non-Retina MacBook Pro in the report (it’s a little muddled we think), then its sources are claiming components for this new-look machine are already being produced.

The report suggests that this new-look MacBook won’t be with us until next year. Read our review of the MacBook Pro without Retina display.

Will Apple discontinue the MacBook Pro with CD/DVD drive?

Over the months various reports have appeared suggesting that Apple will discontinue the only Mac with an optical drive before the end of 2014.

Despite the recent price drop, this does seem likely that the non-Retina MacBook Pro is nearing the end of its life in Apple’s line-up, and this is certainly not the first time it’s been discussed and rumoured among Apple watchers.

Back in January last year, KGI Securities analyst Ming-Chi Kuo said that the non-Retina MacBook Pro would be discontinued in 2013. While not a completely accurate prediction, Apple did discontinue all but one of the non-Retina models in October, and also reduced the price of the entry level 13in Retina model to make it just £100 more than the non-Retina version. In turn, this made the 13in non-Retina model a much less appealing option, and we’d be surprised if Apple’s seeing many sales of that model now.

Apple previously phased out its MacBook (non-Pro) in 2011 when the MacBook Air became the more appealing option thanks to price and specs, so it’s probable that Apple is planning to take a similar approach with the non-Retina MacBook Pro.

In addition to the Retina display, the Retina models of the MacBook Pro also have a slimmer, lighter design and boosted internal specs compared with the non-Retina version, so provide a significantly more powerful and portable machine.

While this could potentially pose a problem for those looking to play disc-based games, watch DVDs, listen to CDs and burn discs, Apple does offer an external disc drive called the Apple SuperDrive for £65.

There’s little solid speculation about the release date of new MacBook Pros (which is likely to signal the end of the non-Retina version), but some analysts have suggested September could be an option, while others think Apple’s Worldwide Developers Conference in June could be the launch date.

If the non-Retina MacBook Pro does get discontinued later this year but you wish you could get your hands on one for the optical drive when they’ve been removed from sale, Apple is likely to continue offering refurbished models in its official Apple Refurbished store.

Wondering whether to buy a MacBook or a Mac desktop? Find out if you should buy a Mac laptop or Mac desktop here.

Read our comparison of every Apple Mac in our Best Mac to buy in 2014 article and our Apple SuperDrive review. Plus: Which Mac laptop? MacBook Air vs MacBook Pro comparative review