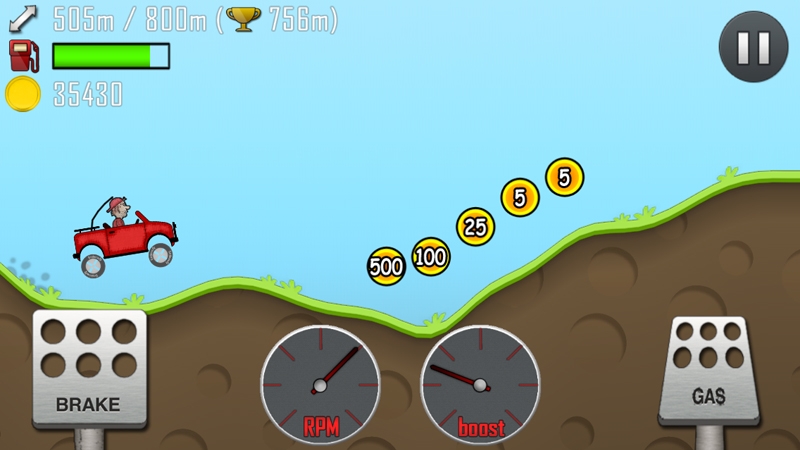 Hill Climb Racing entirely deserves its popularity in both the App Store and Google Play. This little physics-based driving game manages to hit the sweet spot of being both challenging and satisfying.

Here are some tips on how to earn coins in order to buy new levels, vehicles and upgrades. Plus, we’ll tell you the best vehicle to use on each level.

When you first play the game, you’re stuck with the Jeep on the Countryside stage. It can easily feel like you’ll have to fork out for an in-app purchase to buy coins. However, a little perseverance will pay off. (We recommend making at least one coin purchase to support the developer and – importantly – make the game ad-free, though.) 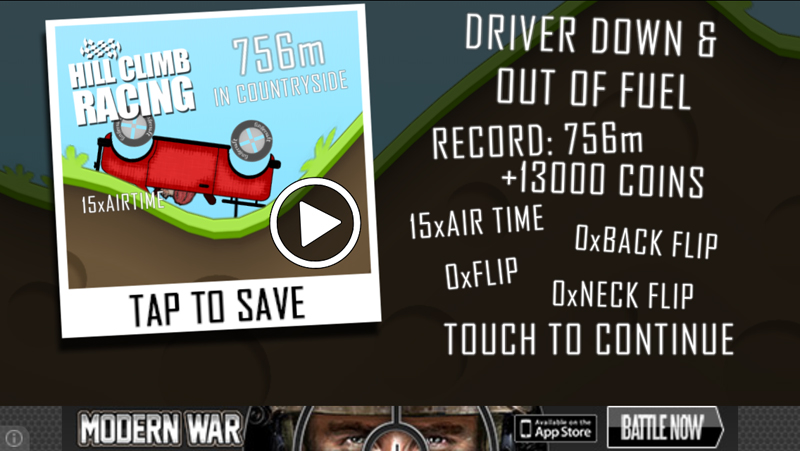 Once you’ve collected enough coins, unlock the Moon level for 175,000. Don’t be tempted to buy the stages in the order they appear in the game – you can unlock any stage you like as long as you can afford it. 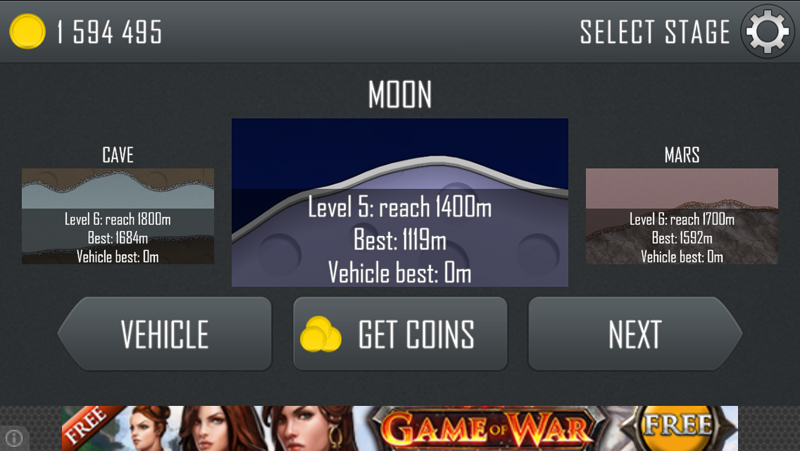 Moon has low gravity, which means lots of air time. The longer you spend with your wheels off the ground, the more coins you’ll be rewarded, with typically 5,000-10,000 coins for each jump. You can easily earn 100,000 coins per try. Plus, if you do backflips while in the air, each 360 earns you an extra 1,000 coins. 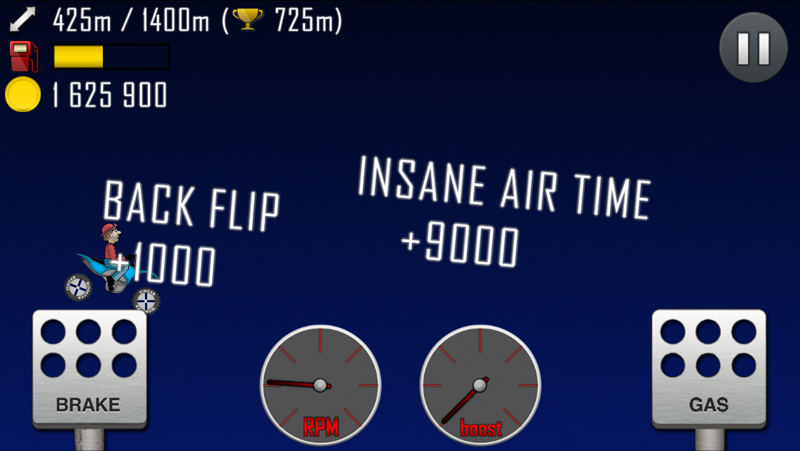 To speed things up when you crash or run out of fuel, hit pause (top right) then Restart. You’ll keep the coins you’ve collected, and you won’t have to wait for the level summary to be displayed.

Each stage has marker points and the first time you reach these, you get a ‘level bonus’. This gets bigger the further you get, with thousands of coins on offer, so it pays to get as far in each stage as you can.

TOP TIP: The big money can be found after 2,000m in most levels. If you’re bored of the Moon stage (which is difficult to get further than around 1,000m because of the steep hills and hard-to-find fuel cans) then try Highway. With the right vehicle (see below) you can get to 3,000 or 4,000m without too much difficulty and earn hundreds of thousands of coins each time you get that far.

Each vehicle can be upgraded with better engines, suspension and tyres. The fourth upgrade depends on the vehicle. Sometimes it’s fuel capacity, other times it’s downforce, 4WD (for better traction) or – in the case of the motocross bike – mid-air control. 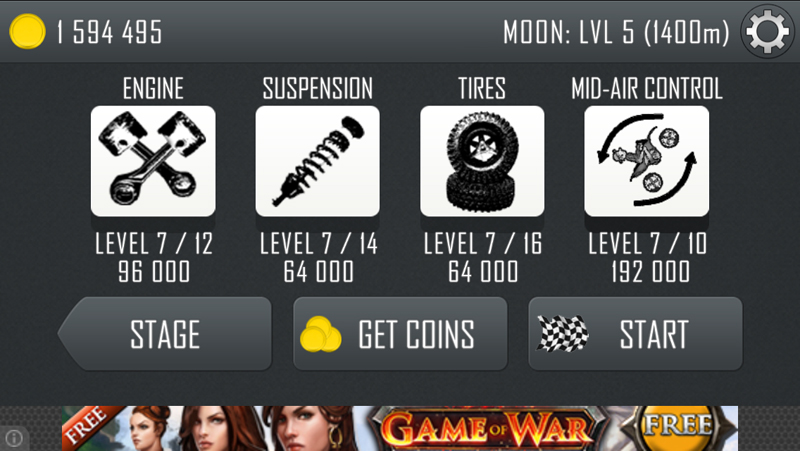 Upgrades start relatively cheap and get progressively more expensive. There might be, say, 16 levels for suspension with the first few being just a few thousand coins, but the 16th level might cost 200,000 or more.

You will notice the difference, though. If you’re struggling to get up a certain hill in a level, upgrading will almost definitely help.

Our favourite vehicle of all, though, is the race car (250,000 coins). Once upgraded, it’s seriously quick and works well in many levels. However, there’s also the Tank, which as you can see below, will let you reach far distances in many levels (once fully upgraded).

Vehicles you shouldn’t waste your money on include the Onewheeler, Tourist Bus, Police Car and Kiddie Express. 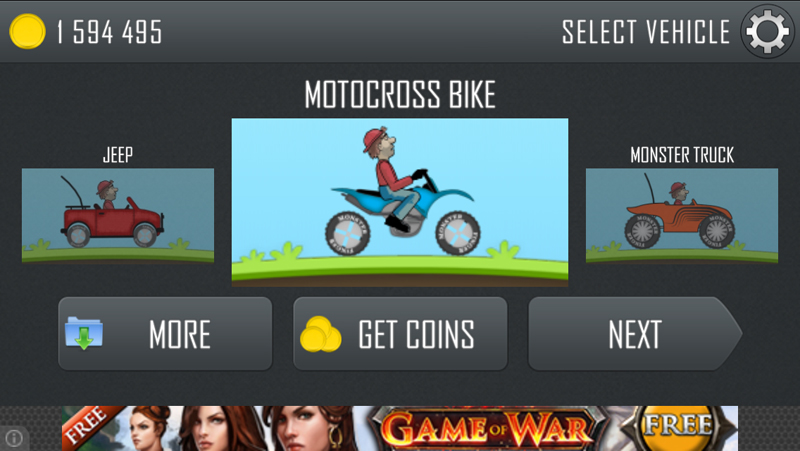