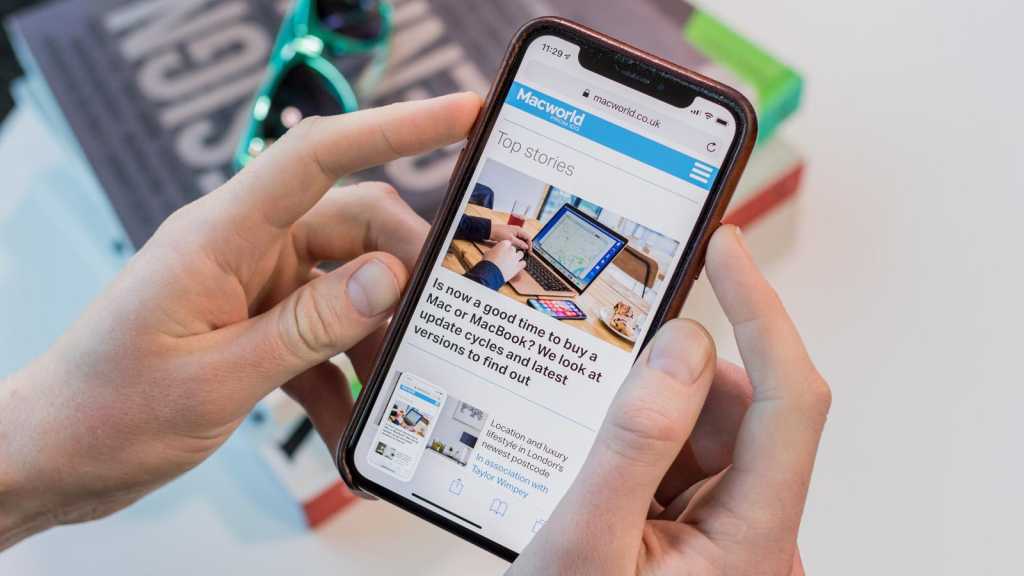 The word screenshot means a captured image of what’s on your screen at any given moment, and is also known as a screen grab or screen capture. Screenshots are great for getting tech advice (“Here’s what the error message looked like”), and for quickly grabbing images to post on social media.

Whatever your reason, here’s how to take a screenshot on an iPhone or iPad and then edit and share it with others.

How to take a screenshot on iPhone or iPad

There are two methods, and the one you’ll use depends on whether your device has a Home button or not. That’s the circular button below the screen.

The iPhone X, XR, XS, XS Max, 11, 11 Pro and 11 Pro Max all haven’t got Home buttons, and neither do the 2018 iPad Pros; for these devices you should jump to the next section. All other iPhone and iPads have Home buttons, and we’ll look at them first.

If your device has a Home button 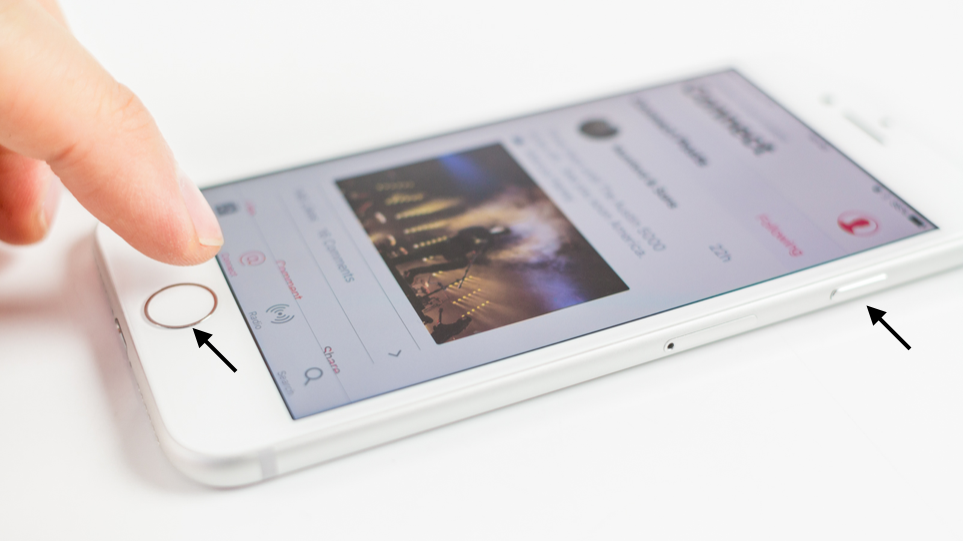 Assuming you’re running a reasonably recent version of iOS, you’ll see a small thumbnail of the screenshot appear at the bottom-left corner of the screen. You can tap this to see editing and sharing options (which we’ll discuss in a moment), swipe it to the left to make it disappear, or just wait for it to go away by itself.

If the thumbnail disappears before you get to it, or if you’re on an older version of iOS so no thumbnail appears at all, don’t worry – the screenshot is safely stored in Photos. To find it, open the Photos app, tap Albums, then scroll down to the Media Types section and tap on Screenshots.

How to take screenshots on devices with no Home button

To take a screenshot on these devices, press the power/side button and the volume up buttons at the same time. Other than that the process is the same – editing, sharing, where the screenshot gets saved and so on.

Some people find this is easy to activate accidentally when picking up an iPhone 11; we look at how to avoid accidental iPhone 11 screenshots in a separate article. And we have another explaining how to do a whole range of functions without the luxury of a Home button: How to use the iPhone XS.

Editing and sharing your screenshot

If you’re running iOS 11 or later, a thumbnail of the screenshot appears at the bottom left, and you can tap this to enter a markup screen. Here you can apply simple edits and access a range of sharing options.

You’ll get access to a range of markup tools including pen, pencil, highlighter and more. This comes in handy, because most of the time there’s something specific in a screenshot that you’d like to highlight, and this gives you an easy way to do so without the use of a third-party app.

(The following screens were taken in iOS 13. If you’re running iOS 12 or 11, you will lose a few of the editing options. We recommend upgrading to iOS 13 if you can.)

To crop in on a detail of the screenshot, drag the corners, or the thicker bits on the sides, to the desired dimensions. And tapping the plus sign allows you to drop in a signature or a handy magnifying glass that highlights a particular section, or add text.

You can undo any edits using the curved arrow pointing left.

To share the screenshot from the markup window, tap the share icon (the arrow pointing out of a square box). You’ll see the usual sharing options: AirDrop, Message, Mail and so on. Tap the X – or Cancel, in older versions of iOS – to get out of the sharing screen.

Finally, tap Done. At this point you can choose to Save to Photos, Save to Files or delete it, so as to avoid clogging up your phone with screenshots you don’t need any more.

If you missed the thumbnail, or you’re running iOS 10 or earlier, remember that you can find the screenshot in Photos and edit and share it from there.

Find the screenshot and open it. The sharing options are available via the usual ‘arrow out of square box’ icon at the bottom left, and if you tap Edit, then the ‘two overlapping corners’ icon next to Cancel, you can drag the corners to crop the screenshot.

For the rest of those handy editing options, however, you need to enter markup mode. If your device supports this you’ll see a circle with three dots in edit mode; tap this to see more options, then Markup. You can now highlight, add text and scribbles, and drop in signatures.

The options are essentially the same, except that there are no sharing options – to share you’ll need to tap Done to get out of markup mode, then Done again (or Cancel) to get out of edit mode.

Taking a screenshot if the buttons don’t work

If the sleep button and/or Home button on your iPhone or iPad don’t work properly, it’s still possible to take screenshots.

Take a look at our workaround for broken iPhone power buttons. This simple tip explains how to create a ‘software button’ on your iPhone or iPad screen that you can use if the hardware buttons have malfunctioned. Sure enough, this software button can be used to take screenshots too.

Go to Settings > General > Accessibility, then scroll down to AssistiveTouch and turn the feature on. This creates a little circle on the screen, which you can tap to bring up the palette of options. Tap Device, then More, and you’ll see a Screenshot option. Tap it and iOS will grab a screenshot. 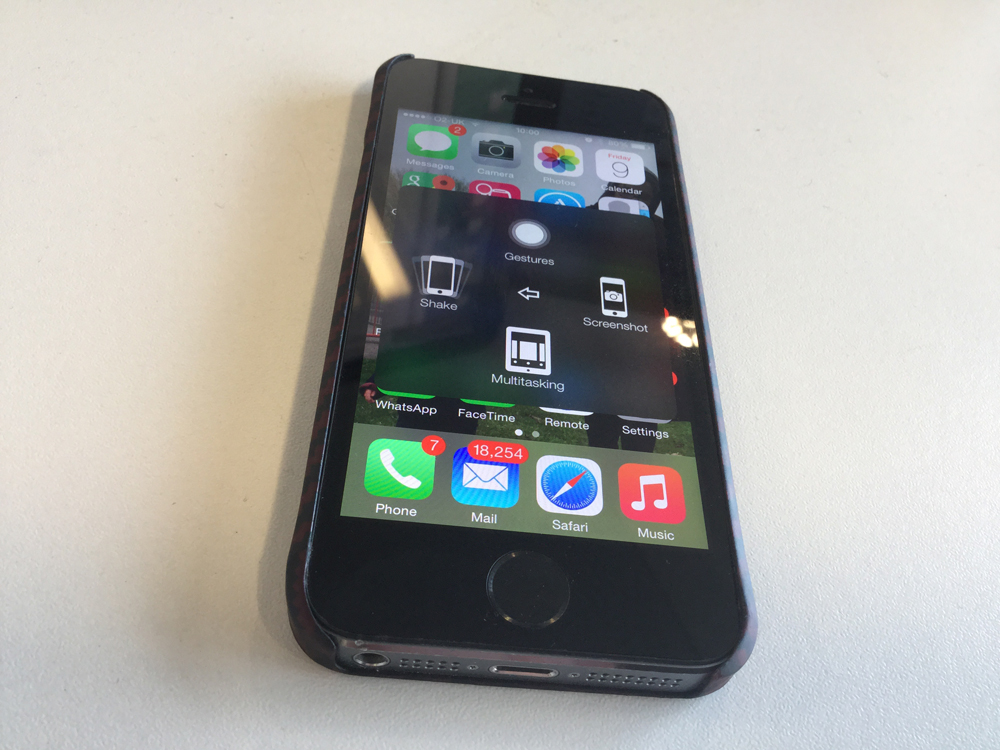 How to take a screenshot silently

If you’ve ever taken a screenshot of something while on a crowded train, and then felt embarrassed when the sound of the shutter makes the person opposite think you just took their photo, you might be wondering how to take a shot without making a sound.

To take a screenshot in silence just turn your iPhone or iPad to mute first by sliding the button above the volume control buttons to off. (This should reveal a bit of red.)

How to convert screenshots from .png to .jpg

Under some circumstances and in some versions of iOS, screenshots are saved (or shared) in the .png format; in others they appear as .jpg files. This is a little confusing, but in most cases won’t affect things very much.

However, what if you want to send the screenshot to someone as a .jpg, or upload it to a service that doesn’t accept .png files? You’ll need to convert it.

We find that the simplest solution is to save the image to your Mac (plug the iOS device into the Mac, open Image Capture, select the iPad or iPhone in the lefthand menu, scroll down to the bottom of the list of images and drag-and-drop the screenshot on to your Mac’s desktop – or you could simply AirDrop it across to your Mac) and then open it in Preview or another image-editing program.

To turn your screenshot into a Jpeg in Preview follow these steps: