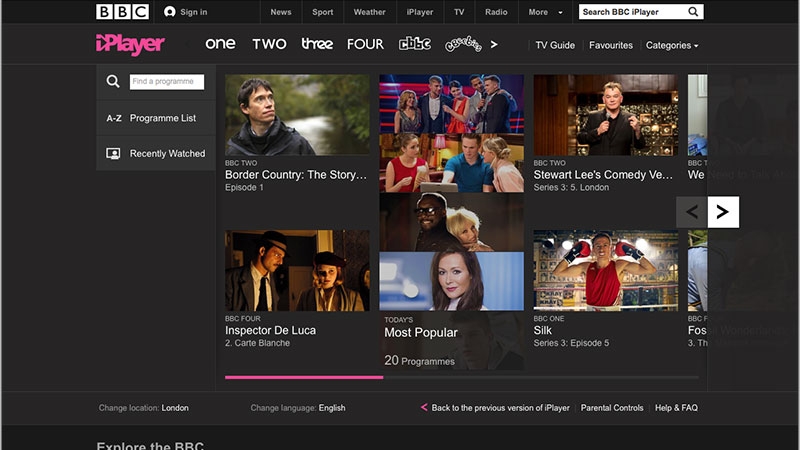 The new BBC iPlayer has a range of new features. And BBC iPlayer is especially interesting to Apple Mac, iPad and iPhone users. Here are some of the new things to look out for: 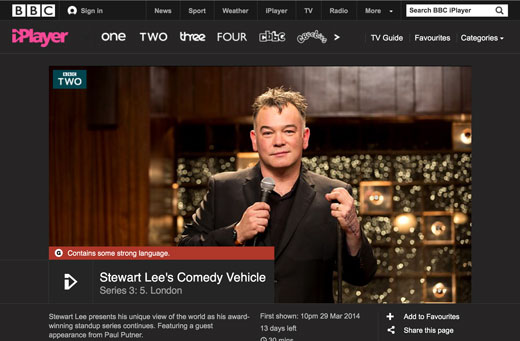 Optimised for iPad and iPhone 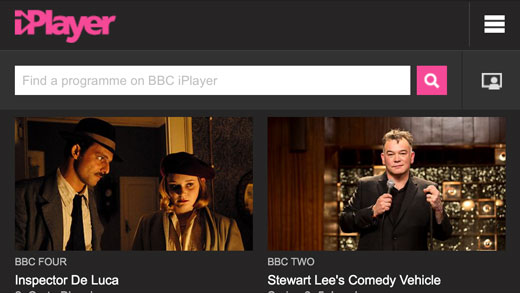 There is a new home screen for BBC iPlayer that is far more visual than before. Gone are the Featured and Most Popular tabs, and also removed are the panes of featured programmes. In their place sit a horizontal stream of programs that you drag and slide between (or tap using the Left and Right arrows on a Desktop version). The new BBC iPlayer site is unified across all devices, so you’ll see the same style of interface on an iPad, as you will on a Sony PlayStation Console. The new design is clearly designed to play well with touch screen devices. Aside from that it’s the same as before, square photographs from a television show that you tap to access a programme.

Another interesting aspect of iPlayer is that the TV and Radio section is now replaced with channels. Radio has been bounced away from iPlayer completely, and is now found in BBC iPlayer Radio. 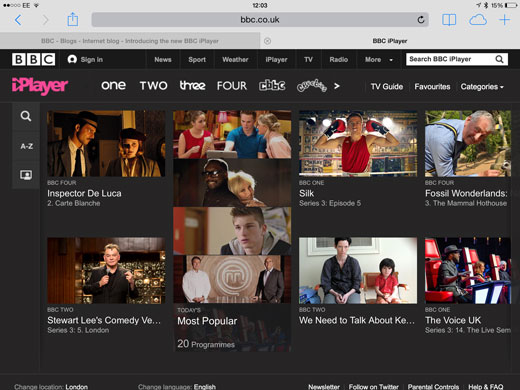 The new BBC iPlayer has an enhanced Find Programme area. It has intelligent search, so tapping ‘c’ brings up programmes starting with a C: Country file, Casualty, Charlie and Lola and so on. It also brings up categories such as Comedy and channels like CBeebies.

The new Find panel also remembers your history and previous searches, and favourites so if you’re a iPlayer regular it will enable you to quickly scan the sorts of programs you like.

BBC iPlayer has a new focus on channels (presumably to aid BBC3s impending digital only status). Above the programs are One, Two, Three, Four and others. Tapping on these brings up a list of programs from that channel. They seem to be curated rather than Most Popular. There is also a TV Guide and large On Now and On Next areas are designed to push you towards watching live television online more than before. On the whole it feels far more integrated with the live television channels than in the previous incarnation.

Another new feature of BBC iPlayer is the presence of themed advice collections. When looking at a programme in a series the number of programmes below will appear. Tapping on Formula 1 brings up a all the previous races in that season. We think this feature will be incredibly popular. 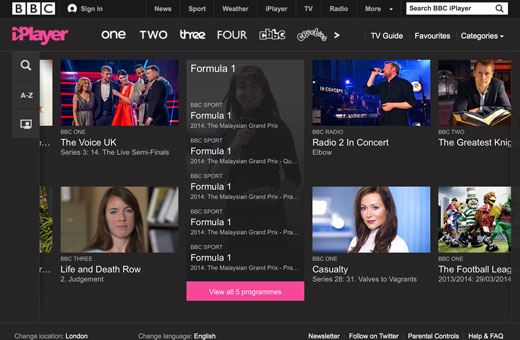 The playback of programmes remains a strength of BBC iPlayer. Quality is still excellent but the in-screen viewer is slightly larger than before. We also think the placement of icons is a little more intuitive. If you’re watching a series it now auto plays the next episode in the series, so like Hulu or Netflix you can start at the beginning and sit on through.