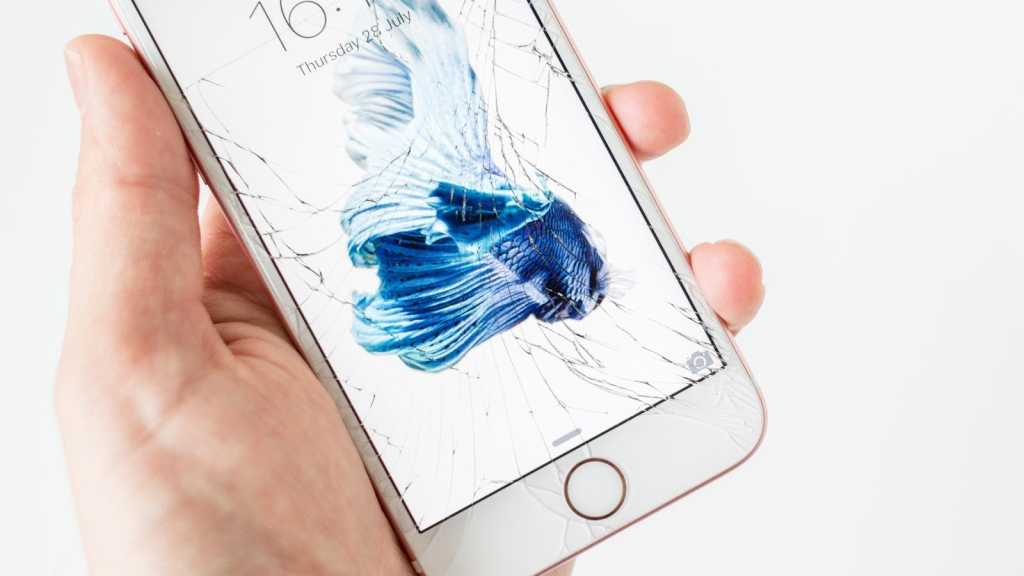 Your iPhone is expensive. New models start at around $700 and the most expensive models can cost twice that. Something so small, full of so much important information, is a big concern for loss, theft, or just severe damage.

We recommend using a case or at least a screen protector (broken screens are the most common severe iPhone damage) and making sure your iPhone is secured with a passcode and two-factor authentication on your Apple ID. But even so, accidents happen, and an insurance plan can help take the sting out of the prospect of repairing or replacing it.

While Apple’s own AppleCare+ coverage seems like the obvious choice for insuring your iPhone, there are other options. Nearly every major carrier will insure your iPhone for a price, and some third-party companies offer plans, too.

If you didn’t buy your iPhone from your carrier, you may not be eligible for insurance through it. But there are stand-alone services out there, some of which offer multi-device coverage that could be a good choice for those looking to insure a phone, laptop, tablet, or other portable electronic gear.

SquareTrade: This AllState company will insure one phone for $9 a month, any make or model, old or new, and a $20/mo family plan covers four devices. Coverage follows you, not your phone, so you don’t have to re-apply when you get a new iPhone. You’ll pay a $149 deductible for repairs. It doesn’t cover loss or theft, though.

Asurion: Asurion covers damage as well as loss and theft, but they partner with carriers—Verizon, AT&T, Cricket, and US Cellular. You’re typically only eligible to enroll within 30 days of buying a new iPhone or upgrading. The deductibles can be low while the rates are a little higher than average, but it all depends on your carrier and iPhone model.

AKKO: Phone insurance varies by model, from $5-$12 per month. But you can cover one phone and up to 25 other items (laptops, tablets, cameras, game consoles, and more) for $15 a month. The limit of $2,000 per claim won’t fully cover replacing a high-end MacBook or Mac Studio, but it helps. Deductibles are $29-$99, depending on the claim, and loss/theft is covered too.

Progressive: Progressive offers phone and electronic device coverage, and it covers loss, theft, and accidental damage, with no limit on the number of claims. The cost varies from about $7 a month for a less expensive iPhone with two years of coverage paid upfront, to around $12 for monthly payments on a more expensive iPhone. The deductible is $75.

Lori: Lori offers four tiers of coverage, from Starter to Spoil Me, ranging from about $7-$15 a month depending on your iPhone model. The deductible is $49 for screen repairs ($29 on the Spoil Me plan tier) and can be over $200 for a full iPhone replacement due to loss or theft. (If you have Geico insurance, they offer device coverage in partnership with Lori.)

In the UK, several vendors offer affordable and flexible packages that protect your smartphone, tablet, and PC kit like Apple does.

Protect Your Bubble: Costs £6.99 per month to insure an iPhone 13, but charges up to £100 excess in the case of damage or theft.

Simple Insurance: Allows you to pay upfront for the coverage and in some cases make savings. We were quoted £214.95 for a three-year plan on an iPhone 13, which breaks down to around £5.97 a month. Not much by way of a price drop, but if you have the cash now it can mean you’re not tied down to a monthly payment for the next 36 months.

Insuring older handsets can be problematic; some insurers may require that you have bought the handset new in the past so many months (likely 6 or 18). Make sure to check the full terms and conditions. Also remember that policies with lower monthly costs often see excesses rise up to more than £100, which may not be worth it if the value of your iPhone is on the lower end.

Most major phone carriers offer extended warranties and insurance that can greatly reduce the price of a screen repair or battery replacement, or other accidental damage. They may even cover loss and theft. There’s always fine print, though: many plans are only for those who buy the phone through the carrier (if you bring your own iPhone you’re out of luck) and have to be enrolled within the first month or two.

Verizon: Verizon’s coverage is through a partnership with Ausurion (see above). Pricing varies by phone model, and family plans are available. The $29 fee for screen repair is a good deal if you (or your family) is prone to dropping their iPhone a lot.

AT&T: AT&T’s Protect Advantage plan is $14-$17 a month depending on your iPhone model, with a $29 deductible for screen repairs and a higher deductible for other repairs or replacements (it varies depending on model). It covers loss and theft, and accidental damage (up to two claims).

T-Mobile: T-Mobile’s enhanced protection plan is called Protection <360>. It allows up to 5 claims per year, and offers $29 screen repairs, but deductibles for other repairs or replacement are higher–typically around $99 for accidental damage and $249 for a full replacement due to loss or theft. The monthly payments are around $18 for most iPhones.

UK readers should check the policies of the following carriers:

Some banks and credit cards offer device coverage for phones. Usually, the catch is that you have to pay your phone bill with that card in order to qualify. And most of the cards that offer this benefit have annual fees.

The exact details vary wildly, so you’ll want to check with your credit card or bank. But if you qualify, it could be a way to save hundreds of dollars instead of buying separate insurance.

In the UK, Barclays, Nationwide, and NatWest offer insurance for mobile. Some of these banks will cover two iPhones on joint bank accounts, but be aware that policies and levels of protection will vary. For example, at the time of writing Barclays is offering new or existing customers its Tech Pack for £14.50 p/m, which covers up to four mobile phones with a value of up to £1,500 each, plus an unlimited number of other gadgets up to that valuation so long as they are not older than five years. When you break that down it works out at £3.62 p/m for each phone, which is very reasonable indeed.

Do you need iPhone insurance?

There’s a tendency to think that you need to get insurance as soon as you buy the latest iPhone. Or, at least, that’s the message from carriers who would prefer you to use their insurance services. And while, yes, an affordable and comprehensive policy wouldn’t go amiss, it is sometimes worth looking closer to home.

For instance, should your iPhone break down within the 12-month warranty period, Apple will cover you for manufacturing defects. AppleCare+ users will also be able to replace an iPhone if it suffers accidental damage. AppleCare+ charges a deductible/excess fee of $29/£25 for screen damage and $99/£79 for other damage. Here’s how to find out if Apple will replace your iPhone for free. We compare AppleCare+ to normal insurance in a separate article.

Another avenue is including your phone under home contents insurance. You could add your iPhone to your policy by opting for it to include personal possessions cover, which applies to items lost, stolen, or damaged in the home. Be careful, though; home insurance excess fees are usually higher and could result in higher future premiums.

Finally, just do the math on the risk and costs. If you find yourself with a cracked screen often, a plan that offers frequent, cheap screen repairs may be worth it. But if you feel you are unlikely to need a full phone replacement for a couple years, you may end up paying more for the insurance (plus deductible/excess) than you would just buying a new iPhone.

Most standalone policies are reasonable, but some have loopholes with big repercussions. The Financial Conduct Authority (FCA), which regulates businesses in the UK, has reported that many mobile insurers have misleading terms and conditions.

For example, some firms would promise to cover the loss of a phone but would not actually do so if the customer accidentally forgot his or her phone in a taxi, for example. The FCA found descriptions of coverage were phrased vaguely or ambiguously, such as the definition of “public space.” This affected whether claims were accepted.

According to the FCA report, one customer’s claim was rejected because she had forgotten her phone in a hotel. The insurer classified the hotel room as a public place once the customer had already checked out, which excluded the claim from coverage. You can see the FCA’s follow-up report here.

A few insurers don’t protect iPhones from computer viruses, although that’s a minor concern on iOS, and a handful will only cover theft and unauthorized data costs if reported within 12 hours.