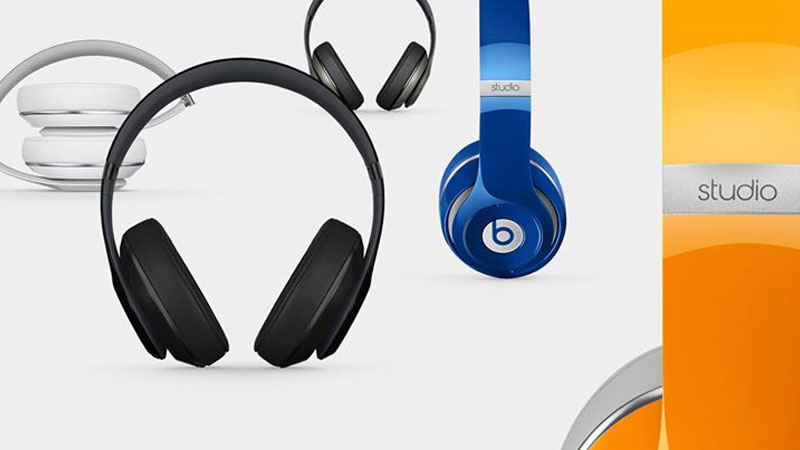 So, Apple has bought Beats – the fashionistas headphone company co-founded by Dr Dre – for $3 billion. Actually, that’s $2.6 billion plus approximately $400 million that will vest over time. And it’s not the $3.2bn originally rumoured. But it is almost twice the value of the global headphone market, according to Bloomberg, and it’s Apple’s largest acquisition to date (the previous biggest acquisition was NeXT, which cost Apple $400 million).

Apple analysts are still perplexed about Apple’s reasoning for the expensive deal, as are we. Apple seems very happy about the arrangement, however, describing its decision to “acquire the critically acclaimed subscription streaming music service Beats Music, and Beats Electronics, which makes the popular Beats headphones, speakers and audio software” in a press release.

Our reaction when we heard the initial rumour on 9 May was initially surprise and disbelief. Why the heck would Apple go and spend money on a company that makes expensive headphones (that are more of a fashion statement than an audiophile’s must-have). Apple makes headphones, and Apple knows all about expensive, they don’t need some rapper to tell them how to do it.

Nor does Apple need anyone to show them how to design good looking kit. Apple’s design guru, Sir Jonathan Ive is very well equipped for that job. Here’s an interesting fact though: Beats’s design is handled by the firm Ammunition, run by former Apple design chief Robert Brunner. Brunner was responsible for hiring Ive when he was at Apple.

There’s also the fact that back in 2011 HTC bought a stake in Beats. HTC sold its share last year. We can’t think of any way that HTC’s involvement with Beats helped the smartphone company.

Then we discovered that Beats is about more than headphones. Back in January they launched Beats Music, a subscription-only $10-a month streaming music service (with, apparently, 111,000 subscribers currently). This service is likely to be the key reason why Apple was interested in the deal. Indeed, Apple described the music streaming service as  “critically acclaimed” in its press release announcing the acquisition.

Beats Music doesn’t just steam music at you, it learns the sort of thing you enjoy and tailors the experience for you. We hear from our American colleagues that Beats Music is head-and-shoulders above what any other service provides – it’s that good at learning what you like to listen to. You can even tell Beats Music what sort of a mood you are in and it will play music to suit your frame of mind.

This could certainly be a useful as Apple attempts to create a half decent streaming service – lets face it iTunes Radio, which hasn’t even launched in the UK yet, isn’t winning any awards. The company that transformed the music industry is falling behind as more and more people turn away from iTunes to music streaming services such as the incredibly popular Spotify. Apple really needs a music streaming solution to push at people.

Yet more proof, perhaps, that Apple is trying to boost its music credentials is the rumoured Shazam arrangement that will see the Shazam song recognition software integrated in iOS 8. This will make discovering music even easier for iOS users, and will help Apple (and the artists) sell more tracks on iTunes.

Revenue from music downloads has been in decline, although iTunes still dominates. However, revenue from paid subscription services has increased 57 percent to $628 million, according to recent figures from the recording industry.

In a statement, Apple’s Internet Software and Services group head Eddy Cue said: “The addition of Beats will make our music lineup even better, from free streaming with iTunes Radio to a world-class subscription service in Beats, and of course buying music from the iTunes Store as customers have loved to do for years.”

Rumours that music industry icon Jimmy Iovine, along with Dre, would come as part of the deal have also proven correct, although the company doesn’t specify the roles of its new personal.

Iovine is a music producing legend who founded Interscope Records before starting Beats with Dr. Dre in 2006. He has connections with the music industry that will no doubt help Apple’s Cue in his negotiations with record labels.

Iovine said: “I’ve always known in my heart that Beats belonged with Apple,” describing Apple’s commitment to music fans, artists, songwriters and the music industry as “something special.”

As for Dre, much of the speculation is that some of his ‘cool image’ may some how rub off on the Apple executives. We hope he doesn’t cause as much embarrassment as Alicia Keys did when she joined Blackberry.

Apple certainly seems keen on the celebrity endorsement – it highlights Beats association with many prominent musicians, athletes, and other celebrities in the press release announcing the acquisition.

When the rumour first broke there were suggestions that Apple’s interest in the fashionable headphones may have had something to do with its aspirations to the wearable technology market. We’ve heard reports that Apple is adding health sensors that will be able to monitoring the user’s heart rate and blood pressure to their EarPods. Apple is said to be turning its attention to health with the next generation of iOS 8, with a health monitoring app that will tie in with the rumoured iWatch, but who says that the iWatch will be Apple’s only wearable tech device? Perhaps Beats inspired headphones could be Apple’s less geeky answer to Google Glass.

The theory is that the fashionable Beats brand could help Apple make wearable tech trendy. Headphones that pay music that suits your mood and direct you to the restaurant where you are meeting your friends at the same time. Integrate Siri and Apple might just be onto a winner.

What will happen to Beats headphones?

If you are a fan of the Beats headphones – and we have to admit to having seen them EVERYWHERE since the rumour of the sale first saw daylight – you may be concerned about the future of the brand.

It seems that Beats Electronics will continue to operate under its own brand. Apple has confirmed the Beats products will continue to be sold “in many more countries” through the various Apple stores and resellers.

Subject to regulatory approvals, Apple expects the transaction to close in fiscal Q4.