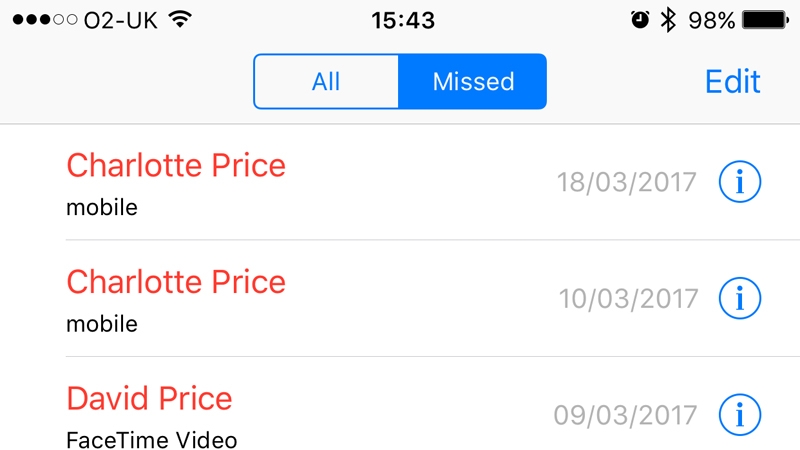 Missing calls on your iPhone? Or finding that your iPhone calls go directly to voicemail, and don’t know why? You’re not alone.

In this article we discuss some simple issues that may be causing calls to be diverted to voicemail, and explain how to fix them.

Before you start changing settings or hassling your network provider, it’s worth checking that your iPhone software is up to date. Occasionally an update will fix your issue.

This is a double-edged sword, however, because it’s also possible that a recent update to iOS has actually caused the problem (if so, it should be patched soon).

For example, when iOS 7 came out back in 2013 some iPhones suddenly found that incoming calls were being directly transferred to voicemail. The option has since been disabled by default.

If you’ve noticed the voicemail problem since updating iOS, there’s a good chance that the two things are related. Check for any new updates since then, which are likely to include a patch if the issue is a known problem. Here’s how to update iOS on an iPhone.

Sometimes an intended change that comes with a new version of iOS could be the root of your problem.

In iOS 13 a new feature called Silence Unknown Callers could mean that all calls from people not in your Contacts will be going straight to voicemail.

Check this by opening Settings > Phone and scrolling down to Silence Unknown Callers.

If this is switched on and the calls that are going to voicemail are likely to be from someone not in your contacts. Add them to your contacts and that should solve the issue.

Another possibility is that you have turned your phone to silent mode and are missing calls because you can’t hear them.

Check the slider on the side of your iPhone and make sure that it’s not muted.

Alternatively, go to Settings > Sounds & Haptics and check a few things: such as whether the volume is at a reasonable level, and whether you’ve chosen a suitable (i.e. recognisable and audible) ringtone. We have occasionally suggested that readers create a silent ringtone which they can then allocate to a nuisance caller contact.

If you prefer to have the sound off you can check that your iPhone is set to vibrate when you get a call or text in the same section of Settings.

4. Turn off Do Not Disturb mode

Do Not Disturb mode may be the issue. This is a feature that Apple added in iOS 6 back in 2012. A new Do Not Disturb When Driving feature arrived in iOS 11.

Perhaps you turned the feature on by mistake, or turned it on and then forgotten about it. It may even have been switched on against your wishes by a glitch in iOS. Or, in the case of Do Not Disturb When Driving, it may have come on because the system thought you were driving – which sometimes triggers when you’re the passenger, not the driver, of a car.

Luckily you can easily tell if you’ve got Do Not Disturb switched on. If you’ve got an iPad or non-notched iPhone there will be a crescent moon icon in the top right of the status bar, next to the Bluetooth and battery icons.

On an iPhone XS or similar (which hasn’t got space for extra icons in the top bar) you’ll instead see a large Do No Disturb sign on the lock screen – or you can open Control Centre and see the DND moon on there.

When Do Not Disturb is enabled, calls and alerts that arrive are silenced: that’s the reason your calls are being diverted before you have a chance to answer them.

Alternatively (although more slowly), you can turn it off via the Settings app. Open the Settings app and in the second batch of options underneath Notifications and Control Centre, you’ll see a purple icon with that crescent moon and the words Do Not Disturb.

Click on that. Move the slider on Manual so that it’s off – so there’s no green on the slider.

Bingo! The moon should disappear from your iPhone status bar and you should start receiving your calls as they ring and not suddenly discover a bunch sitting unanswered in voicemail.

If you’re trying to call a friend and you think they may have Do Not Disturb turned on there is a solution – here’s how to tell if someone is using Do Not Disturb, and how to call them.

Another reason why your phone might be going straight to voicemail is if your network is down or you’re suffering reduced access.

In this case the fault lies with your network provider. But before calling to complain, turn your iPhone off and on again and see if that fixes the problem.

Sometimes you can get a better signal just by turning Airplane Mode on and off again by opening Control Centre and tapping on the plane symbol so that it’s orange, which means the setting is on, and then again so it goes white/black.

6. How do I stop my iPhone going to voicemail after just three rings?

This is a slightly different problem. Your voicemail isn’t controlled by the iPhone itself, but by your network provider, and you have to adjust these settings by dialling your network and using a phone option.

First of all, check there isn’t something weird going on with your network settings. Go to Settings > General > Reset Network Settings, then enter your passcode. This will ensure that you have the right settings for your network.

Whether you can change the length of time that the phone rings before going to voicemail depends on the network provider. Some, like Vodafone, enable you to change this using their automated system. Others require you to call up, or the amount is fixed.

Vodafone enables you to choose the length of time a phone rings before going to voicemail. According to the Vodafone instructions:

Then enter the number of seconds you’d like your phone to ring for (it has to be between 5 and 30 and a multiple of 5), followed by #.

Vodafone will send you a text letting you know if this has worked.

To adjust voicemail settings (including turning voicemail on or off) you need to call three on 333.

To turn off VoiceMail on the Three network, dial “333” and tap the “Keypad” in the Phone app. Press the following buttons:

You should get a text from Three stating that you have successfully turned off voicemail. To turn it on again go through the same steps but change the last entry to “2”.

O2 has a direct line to turning voicemail on and off. Just dial the following numbers direct from your phone.

For more voicemail-related advice, read How to manage voicemail on an iPhone.