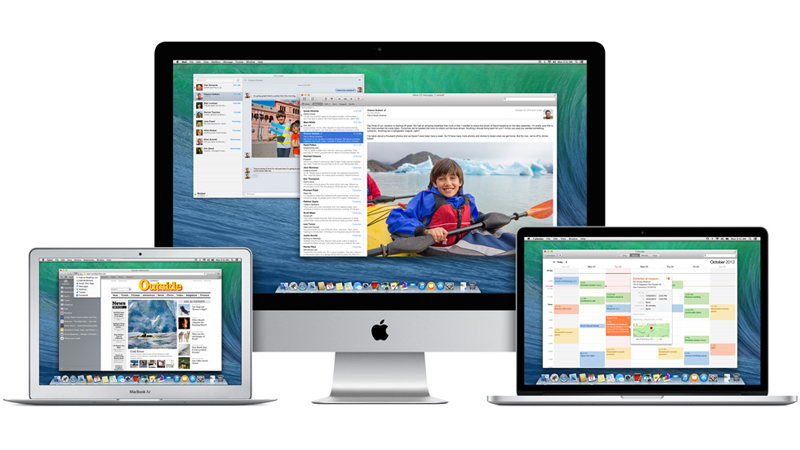 Way back in 2006 you could own a Mac mini for £499, an iMac started at £639 (positioned for the education market), and a MacBook could set you back £749. Back then we might have thought those were high prices, but over the years that followed prices were set to increase.

Over the past eight years, as Apple saw amazing success with the iPhone and iPad, and we felt the impact of a global recession, we’ve seen Macs hit record high prices.

Thankfully, it now looks like the years of the high-priced Mac are coming to a close. Mac prices are finally on the decline. Over recent months Apple has been reducing prices across its range of Macs. Today you can buy a Mac mini for £499, an iMac for £899, the MacBook Air is £749, and the Retina MacBook Pro now starts at £1,099.

Apple’s price-cutting has also extended to the Apple TV, now £20 less at £79, and the iPod touch is now £40 cheaper at £159. Even Apple’s stock is now more affordable after the company split the stock at the beginning of June. You can now own Apple stock for less than $100 (£58) a share, which is much more accessible than the $646 it closed on pre-split.

So, is Apple becoming more affordable? Is the so-called “Apple Tax” now a thing of the past? Probably not – Apple is a premium brand and its products sit at a premium price point. It’s never been Apple’s philosophy to make cheap products, as Steve Jobs once said: “We doesn’t know how to make a $500 computer that’s not a piece of junk.”

But Apple doesn’t need to make a cheap Mac; it just needs to make Macs more attractive when compared to the rest of the global PC market.

This is a challenge in itself because the global PC business has been shrinking over the past few years as people turn to tablets and smartphones, rather than upgrading laptops and desktops. Apple already seems to be the winner in this situation, with the iPad in the forefront of the move to tablet computing, but how can it win more Mac market share in what is already a declining market?

Apple can’t avoid the overall personal computer sales slump, so the price cuts are important if Apple is to sell more Macs in the current market. As Apple lowers prices, the Mac is edging closer to the sweet spot at which Apple should be able to continue to grown market share despite the slowdown in the overall PC market.

At the new price point, the 11in 256GB MacBook Air (£899) also compares very favourably with the 10.6in Microsoft Surface 2 Pro tablet (£879), which offers the same storage space but no keyboard.

Macs also have some important advantages over the rest of the PC market. They offer better than average battery life, future operating system updates are free, and in a market where people wait longer before buying replacement systems, and rely on their iPhones and iPads for the day to day computing needs, many will look to purchase a machine with more advanced features when the time does come to upgrade. The low-priced, low-speced PC will surely suffer most in this trend away from PCs to tablets and smartphones, while reasonably priced but high speced Macs will still be an attractive investment because they can offer something that smartphones and tablets can’t.

Apple also benefits from the so-called iPhone halo effect, as consumers with iPhones wishing to replace their PC, look to Apple for their next laptop or desktop. It is sure to help that Apple is aiming to make the whole experience of owning a Mac, iPhone and iPad even better when new Continuity features arrive with OS X Yosemite and iOS 8 later this year.

So with all these factors in Apple’s favour: lower prices; the iPhone’s popularity; premium, full-speced products; and continuity features to unify Mac and iOS products; could Apple end up leading the PC market? It seems a crazy idea, and if you compare sales of all PCs to all Mac sales, Apple has its work cut out. According to Gartner estimates, in 2013 309 million Windows PCs were shipped worldwide. This compared to 16.4 Macs shipped in 2013.

The Mac is already defying industry trends by growing while the rest of the PC market is shrinking, as Apple CFO Luca Maestri said back in April: “Macs have gained global market share for 31 of last 32 quarters.” The one quarter Apple missed was due to its failure to manufacturer the new iMac quickly enough to meet demand.

These latest price drops could be what Apple needs to propel it to the top of the PC manufacturer charts.

And: How to manage Macs on a Windows network