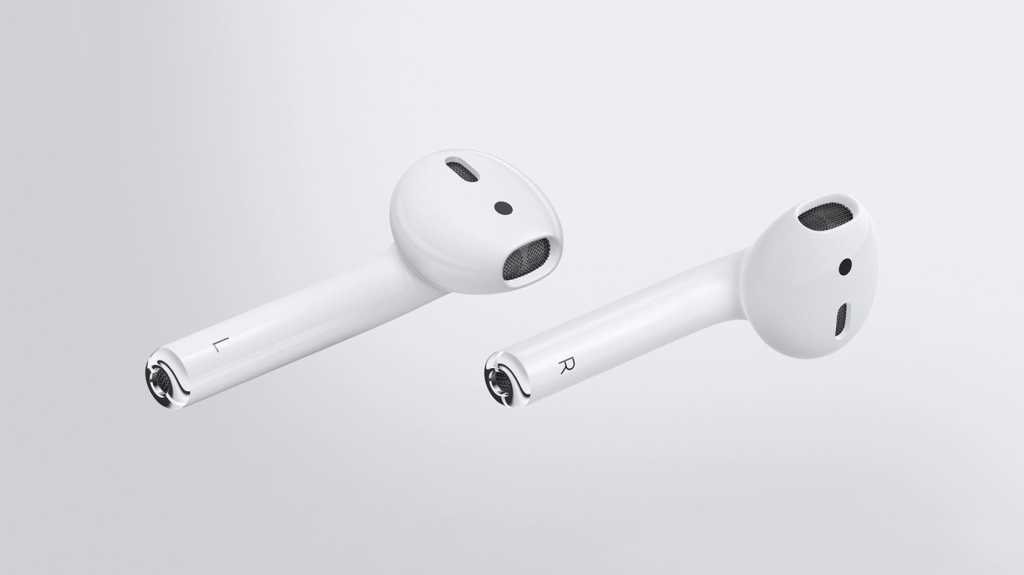 Apple’s wireless AirPods were first announced alongside the headphone jack-less iPhone 7 back in September 2016. The headphones went on-sale in December 2016 following a two-month delay, and even nine months after launch, they’re still difficult to buy.

Here, we discuss what the AirPods offer, how much they cost, where you can find them, and all the latest information about the AirPods wireless charging case announced at Apple’s iPhone 8 event.

If you’re on the market for a pair of wireless headphones, take a look at our choice of the best Bluetooth headphones – don’t worry, everything listed is compatible with iPhone, iPad, Mac and even the Apple Watch. And if you’d like to know what the future holds, see AirPods 2 rumours.

However, the fact that the AirPods cost the same in dollars ($159) as they do in pounds may make prospective UK buyers feel a little hard done by.

They are also in high demand – nine months after launching, Apple still lists a delivery time of 3-4 weeks for AirPods on the online Apple Store. You may have better luck heading to your local physical store, though.

What do Apple’s AirPods offer?

But what makes Apple AirPods different from other Bluetooth earphones (and headphones) on the market? AirPods offers users a way to listen to their music wirelessly, which is a lot more important now that Apple has erased the standard 3.5mm headphone jack from its iPhone range.

The good news is that as they are Bluetooth-powered, they can be used with more than just an iPhone – it can also be used with a Mac, iPad and even an Apple Watch.

With regards to looks, the AirPods look similar to Apple’s standard EarPods, although (obviously) without any wires attached. The tail of the earphones is slightly longer too, and the addition of hints of silver give the wireless earphones a more premium look than their wired predecessors, and also come with a rather sleek looking carry/charge case, which will keep the little batteries topped up when not in use.

The headphones should prompt you to connect the first time you take the earphones out of its carry case, although that should be the last time you need to set them up – from that point on, they should connect to your iPhone automatically with the air of ‘magic’ that makes official Apple accessories seem irresistible.

Users are able to activate Siri via the AirPods with a single tap, although apart from that there are no buttons on the earphones. This means that unless you’re comfortable with using Siri to control your media playback and volume, you’ll still have to use your iPhone.

The built-in microphones can also be used for hands-free calling, although we’re not sure if users will be able to answer calls without getting their phones out of their pockets first.

AirPods offer the pretty cool ability to detect when the earphones are being taken out of your ears thanks to built-in optical sensors and motion accelerometers, and will pause your music accordingly. This makes it easier to talk to people that may not realise you’re listening to music on wireless headphones.

Once the conversation is over, putting the earphones back into your ears will resume music playback automatically. It’s the small things about AirPods that make them a viable option for those looking to buy wireless earphones, although we’ll have to reserve final judgements until we get a sample to test.

According to the company, AirPods should last an average of five hours per charge, although they feature quick charging technology that provides three hours of playback after 15 minutes of charging. The case itself offers around 24hrs of battery life before it’ll require charging.

Following the launch of the AirPods in 2016, Apple took to the stage during its September 2017 event to announce that, alongside the iPhone 8 and iPhone X, that AirPods would support wireless charging. While some initially assumed it was already available on AirPods that have been sold throughout the year, that’s sadly not the case.

How do I replace an AirPod?

Possibly, although our experience suggests that the fit is good enough for most people that the don’t fly out as easily as you’d think, and fortunately Apple has a plan in place for anyone who does lose one of their AirPods.

The company’s service page details the charges for repairing or replacing the wireless headphones. The one-year warranty covers defective batteries but not wear from normal use, but Apple will service the batteries in either the headphones themselves or the charging case for £49 – and $49 in the US.

To replace either a headphone or the case Apple will charge you £69 – or $69 – for each item you need replaced, and it’s the exact same fee for any out-of-warranty repairs or replacements due to accidental damage.

It’s worth noting though that for any of those repairs you will have to pay an additional shipping charge – currently £7.44 in the UK and $6.95 in the US.

And there’s been an amusing development from Spigen, a maker of accessories. The firm has announced a an ‘AirPods strap’ – a low-tech connector that attaches to both AirPods and holds them together, a bit like the string between those mittens you wore in primary school. If one of the AirPods falls out, the string will stop it falling on the floor. 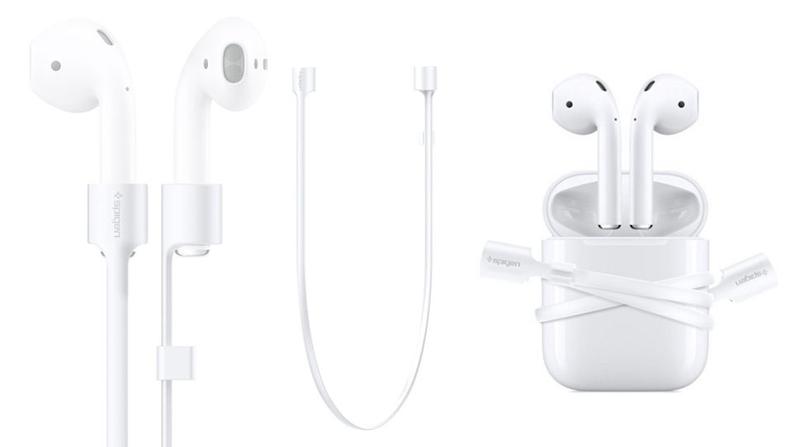