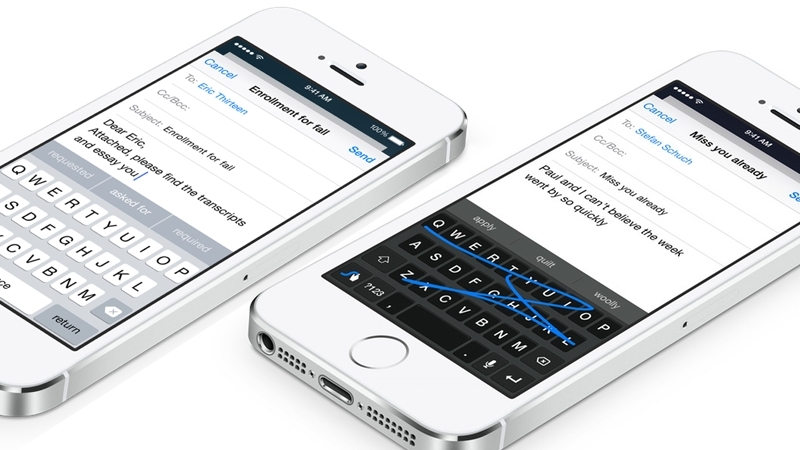 One of the most interesting new features in iOS 8 is the arrival of a whole new type of keyboard. Apple is introducing QuickType, a new type of keyboard that predicts what word you plan to type next, and places the three most likely options above the keys.

Alongside this Apple has also opened up support for developers to create whole new keyboard options for the iPhone and iPad. The most famous of these is Swype, a keyboard that enables you to type by swiping your finger around the keyboard. Read: Best iOS 8 keyboard apps for iPhone and iPad

In iOS 8 users will be able to install a completely different kind of keyboard for the first time.

We’re expecting iOS 8 to arrive with the iPhone 6 on 9 September, so you shouldn’t have to wait long to get these new keyboards on your iOS device, even if you’re not planning on buying the new Apple iPhone when it’s released. See: iOS 8 review

How to use QuickType in iOS 8 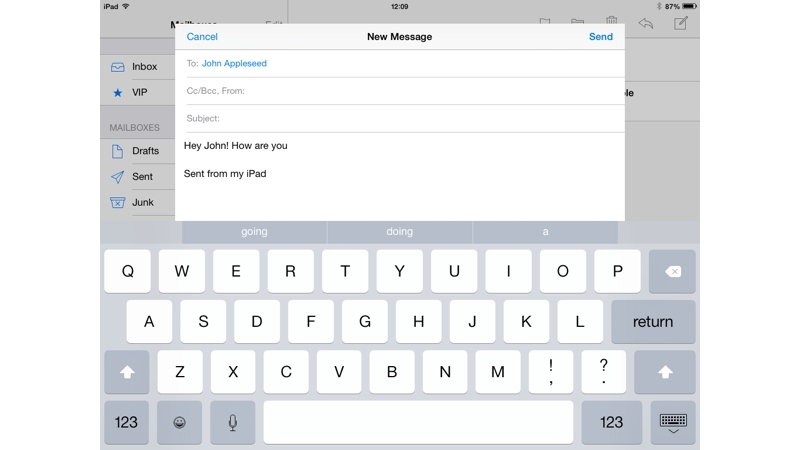 QuickType is the new keyboard developed by Apple and will be released alongside iOS 8 this Autumn. You won’t need to download any separate software to run QuickType; it’ll appear automatically when you do the software update.

Using QuickType couldn’t be easier. Above the keyboard sits three buttons displaying the words the iPhone or iPad thinks you are going to write next. It’s pretty smart so as you type out “How are you” it will say things like “going” and “doing.” Words that follow on naturally from your sentence.

Tap the key to enter a word, at which point three new selections will appear. You can either continue typing or tap other words. As you type letters into a word, the three selections will change to display the words starting with those letters, so you can also use it to shortcut long words.

How does QuickType know which words to use

According to Apple QuickType adapts the words based on different things:

How to use Swype in iOS 8 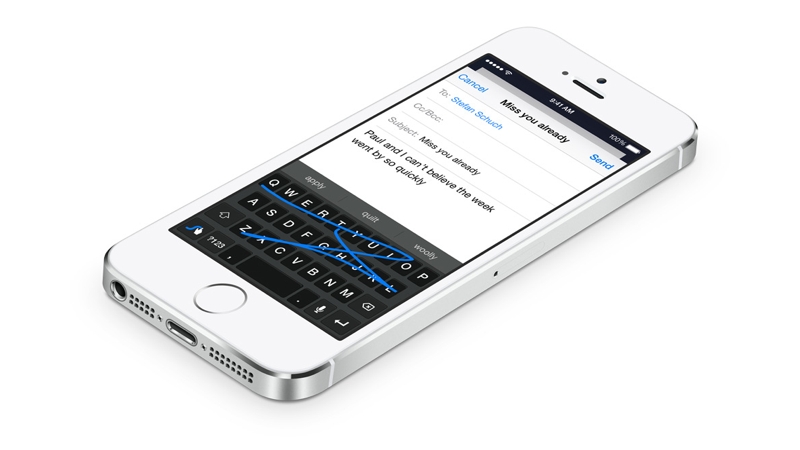 Alongside the QuickType keyboard will be the ability to install new Keyboards. New keyboards form part of the iOS 8’s focus on extensions for default Apple apps and services.

The new keyboards are being developed, and Swype is the most interesting. With Swype installed, you are able to choose Swype as the default keyboard from the iOS 8 settings.

With Swype, you place your finger on the first letter, then swipe to the second and third and continue typing. You can also tap keys to enter text manually. Swype is a much faster keyboard, but it takes some getting used to.

We expect Swype to be released alongside the iOS 8 update. Then you will be able to choose Swype (and other keyboards) as the iOS 8 system-wide keyboard from the iOS Keyboard settings (Settings > General > Keyboard).