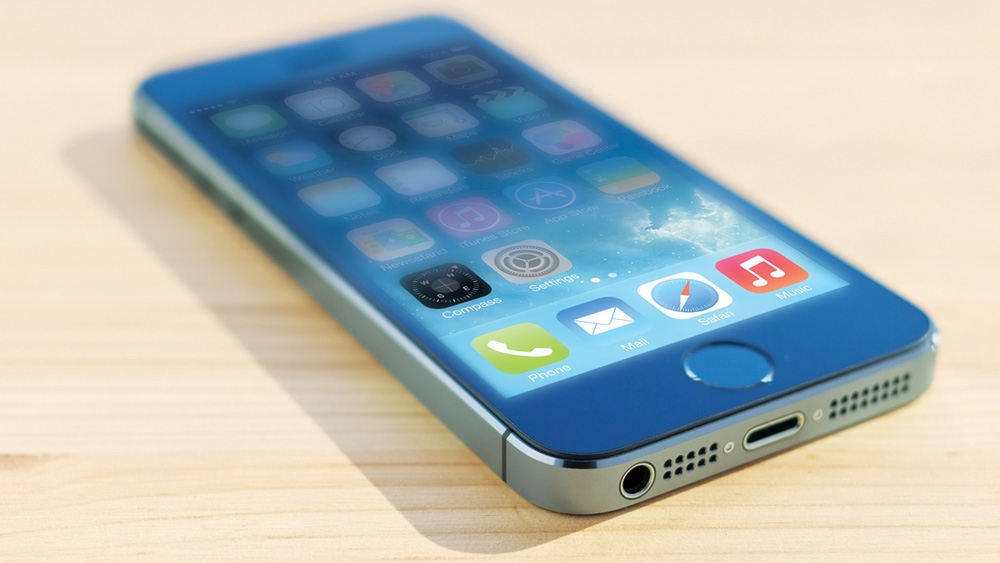 If you want to jailbreak your iPhone or iPad after the iOS 8 launch, or be able to downgrade to iOS 7 or another earlier version of iOS, you may want to know about SHSH Blobs, and how (and why) to save them. These snippets of code are part of Apple’s digital signature that controls iOS restores and updates.

How to downgrade from iOS 8 to iOS 7

If you have an iOS device then you can only restore it to the currently deployed version of iOS. So if you click Restore in iOS at the moment it doesn’t matter what OS you are running, you will install the latest edition of iOS 7 (currently iOS 7.1.2, to be exact).

When iOS 8 launches you will restore to iOS 8, not iOS 7 and it will be awhile before hackers get an effective jailbreak up and running. This is where an SHSH Blob comes in handy, it enables jailbreakers to build a custom installation of iOS with your device’s personal digital signature. This helps them downgrade the iPhone to an earlier (and less secure) edition of iOS.

What the heck is an SHSH Blob?

The SHSH Blob is the bit of code that iOS uses to prevent an iOS device from installing an older version of the operating system. It’s a unique piece of code built from the iOS version, the device type and the devices ECID (a unique identification number embedded in the hardware).

If you save an SHSH Blob it makes it easier (or possible) for some jailbreaks to work because they can install the older version of iOS (when the jailbreak was effective). The catch is that you have to do it using your device (because of the ECID), and you have to do it before iOS 8 is installed on the device: because then the SHSH Blob is updated to the latest version with all Apple’s new security measures.

How to save your iOS device’s SHSH Blob

Several Mac OS X apps are designed to enable you to jailbreak an iPhone, iPad or iPod touch. And they have built in features for saving SHSH files, either to the cloud (in the case of RedSnow) or locally to your computer.

This SHSH file can then be used by the same jailbreak program to assist in jailbreaking iOS. But you have to try to save your SHSH file now.

Unfortunately, there is no ‘best’ tool for us to recommend here. because jailbreaking is a moving target, the programs are constantly being updated in a ‘cat and mouse’ game with Apple. Your success with saving an SHSH program depends on the model of iOS device you own, and which version of the iOS software you are running.

Typically you will find it easier to save an SHSH Blob with an older iPhone 4 device running iOS 6. But your mileage may vary depending on the cat and mouse status at the moment. If you are a keen jailbreaker, you will want to keep an eye on these jailbreaking apps. Each has a built in feature for fetching and saving SHSH Blobs. Currently, these are the three apps you should be testing out:

How to save your iOS device’s SHSH Blob with RedSnow 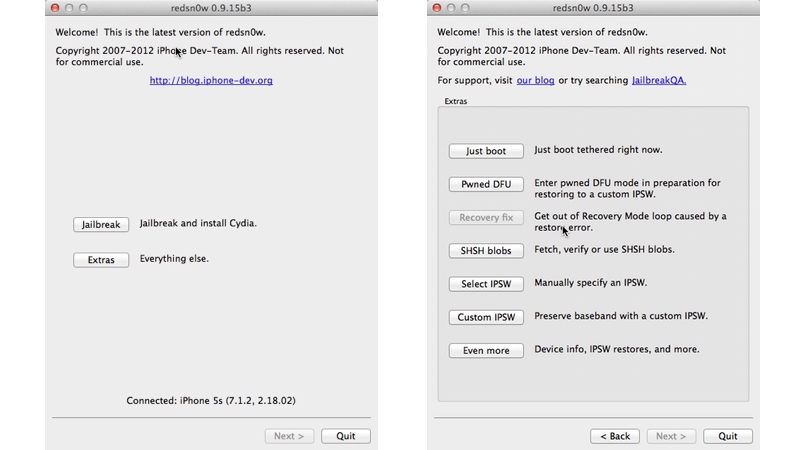 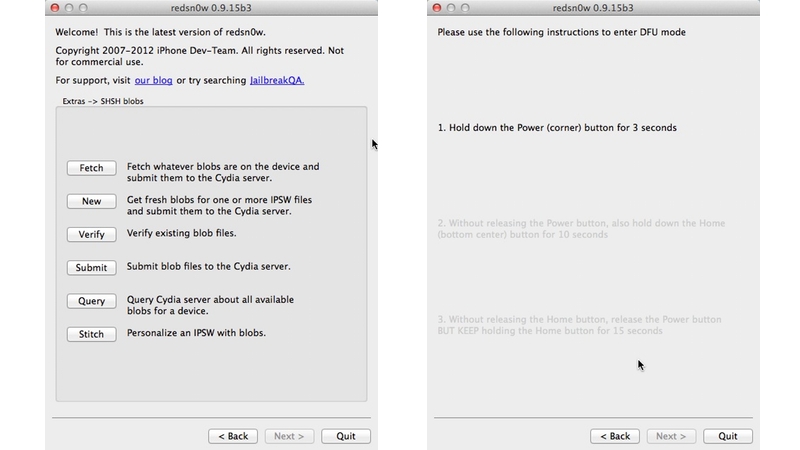 Here is how to save an SHSH Blob using RedSnow:

The iJailBreak.com website has more information on how to use the Query command to check that your SHSH Blob has been saved correctly.