Apple has announced a flurry of new products at its latest event in the US, an event which has in the past been focussed solely on the latest generation of iPhone. As soon as the event started, it was clear that it was going to be an important event – why? Because Apple skipped the part where it talks about how the company is doing and how its products are selling, and moved straight onto its new products. 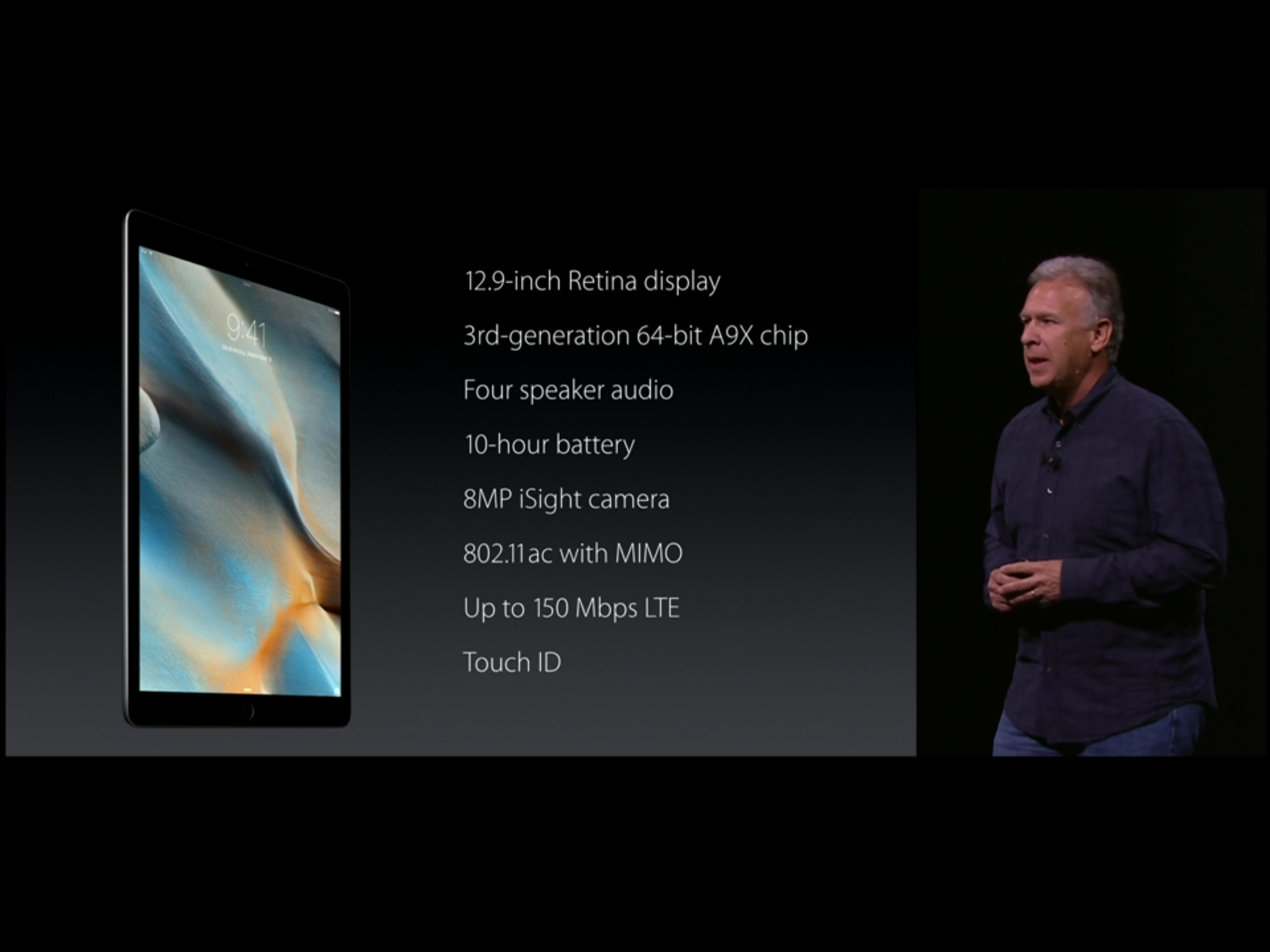 Next up was a brand new iPad – the iPad Pro. The 12.9in beauty is the largest iOS device Apple has ever made, and boasts a 2732×2048 display with around 5.6 million pixels. It also comes with a 64-bit A9X chip with 1.8x the performance of the A8X, which Apple claims can produce “desktop-class performance”. Alongside the A9X chip is a four-speaker audio system, 8Mp iSight camera, Touch ID and two killer accessories – the Apple Pencil and Apple Smart Keyboard. To find out more about the iPad Pro and its killer features, check out: iPad Pro features, design, new features, UK launch date and pricing. The iPad mini 4 also got a brief mention, so don’t forget to check that out either.

Read next: Which is the best stylus accessory for iPad Pro?

After showcasing the iPad Pro, it was Tim’s turn to introduce the next generation Apple TV complete with a redesigned OS (tvOS) and touch remote. It boasts a full App Store with games that can be played with the remote (although you should also check out  Best Apple TV games controllers), as well as your iPhone or iPad alongside Siri integration that can be used at any time.

Watching Netflix and want to find out the weather? Just ask Siri and it’ll be displayed on the lower third of your screen, out of the way of the action. You can also ask “What did he say?” when watching a movie and Siri will rewind the clip 15 seconds and temporarily enable subtitles. Amazing. To find out more about the fourth-generation Apple TV, head over to: Fourth generation Apple TV release date, features and pricing. 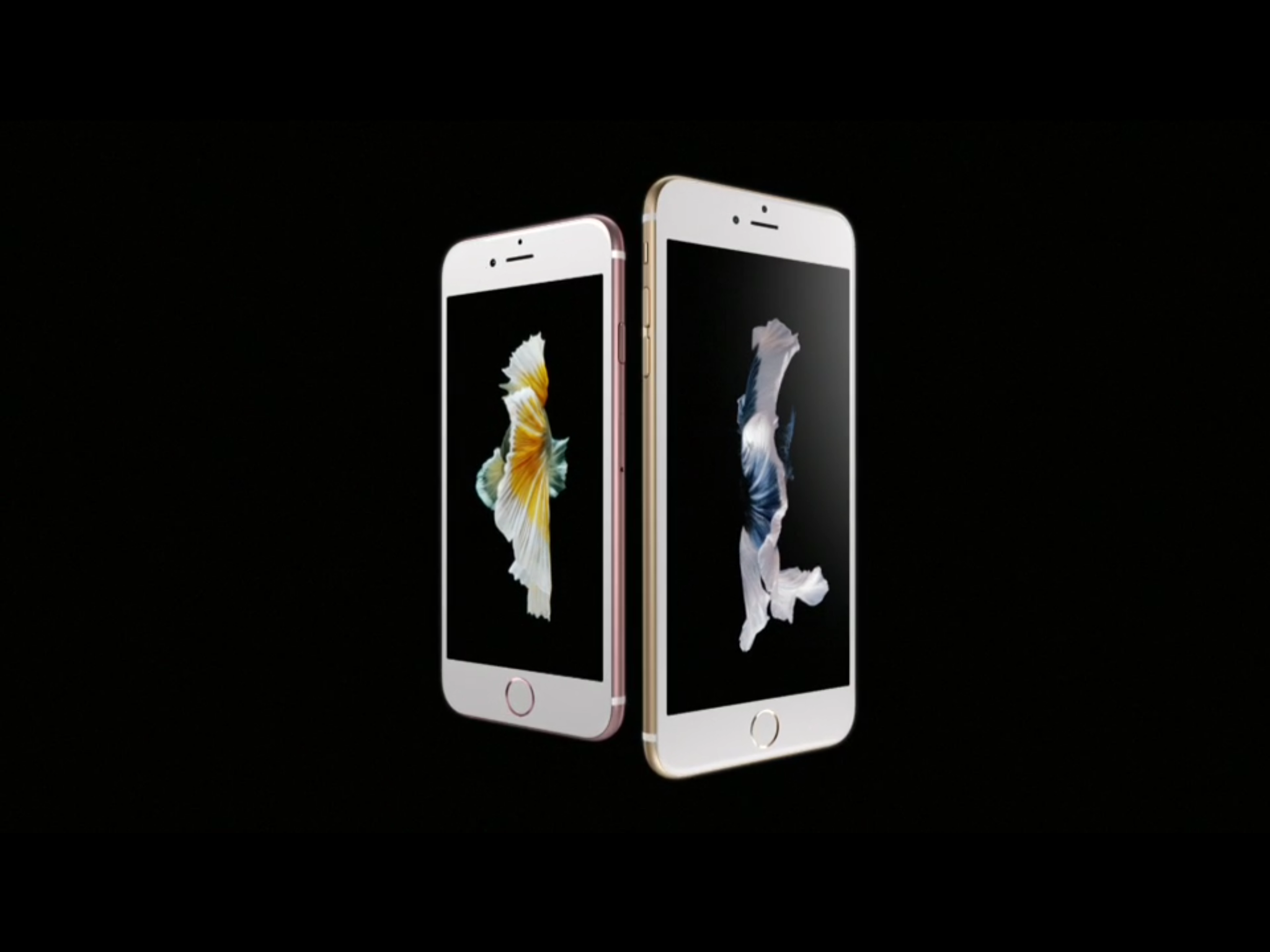 Then last, but by no means least, came the iPhone 6s and 6s Plus. Many rumours about the upcoming iPhone 6S turned out to be true – it’ll be available in Rose Gold, it’ll boast a new kind of touch named “3D Touch” and boasts a 12Mp rear-facing camera with 4K video capabilities. The introduction of 3D Touch gives users a totally new way to interact with their smartphone – say for example, you’re sent a text message with an address. Instead of directly opening Maps, you can force press the address to open a pop-up Map that you can quickly view and dismiss. It also includes Live Photos, photos that when force touched will play a short video clip and sound from when the photo was taken. To find out more about the upcoming iPhone 6s and iPhone 6s Plus, including its release date and pricing, head over to iPhone 6s and 6s Plus: Apple unveils Rose Gold colour and 3D Touch. You can also check out our iPhone 6S hands-on review.

You can see our unboxing and initial setup of the iPhone 6s complete with ‘Hey Siri’ here:

Don’t worry if you missed the Apple event, we at Macworld UK live blogged the entire event and this can be viewed below.

Here’s everything that happened at Apple’s launch event, as it happened: