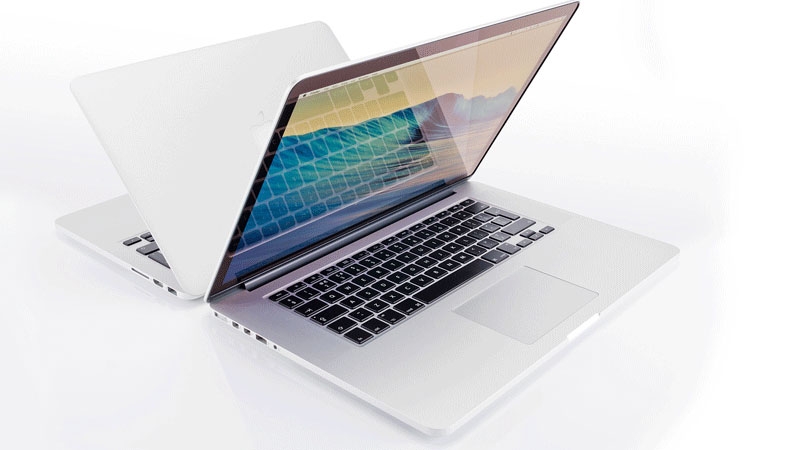 When testing the new, top of the range, 15-inch Retina MacBook Pro model earlier this month we discovered something curious. Despite the fact that the quad-core processors in the two 15-inch MacBook Pro models have a slightly higher clock-speed than last year’s models, when we ran benchmark tests on them the muilt-core results were inferior to the benchmark results on the previous generation of MacBook Pro.

The top-of-the-range MacBook Pro with Retina display, introduced in July 2013, now features a Core i7 2.5GHz processor, bumped from 2.3GHz. These chips are still Core i7 Haswell processors, as they were last year. In the case of the entry-level 15in, the processor is now a 2.2GHz Core i7, up from 2GHz.

However, despite the small increase in processor speed we didn’t see much of an increase in our benchmark scores for this year’s MacBook Pro Retina compared to the 2013 mode. Indeed, where our US Macworld Labs found that the results were slightly better than last year, we found that this year’s model was slower.

For our processor tests we used Cinebench. For evaluating professional graphics-rendering performance, Cinebench is the standard benchmark tool to show differences between computer workstations. We’re used to seeing small incremental increases in the benchmark point score as newer PCs with faster processors are released. What we’re not so familiar with is faster-clocked processors of the same family returning lower numbered results. But that’s exactly what we saw in both the Cinebench 11.5 and Cinebench 15 multi-core processor tests.

For context, last year’s ‘best’ model scored 1.46 points in Cinebench 11.5 in single-core mode, and 6.82 points in multi-core mode. Here we can see the benefit of Intel’s Hyper Threading Technology (which can process eight threads simultaneously to give the effect of eight virtual cores), as the multiplier between results is greater than four. A simple quad-core processor would demonstrate a multiplier difference of four at most, or more probably slightly less.

And the 4.65x multiplier figure is despite the single-core mode Turbo advantage – a single core alone can benefit from a Turbo Boost that should increase the 2.3GHz baseline processor clock to a short-term single-thread overclock frequency up to 3.5GHz.

This year’s ‘best’ model scored 1.55 points in single-core mode, a 6 percent increase easily attributed to the difference in peak Turbo frequencies, which have moved from 3.5 to 3.7GHz – also around a 6 percent delta.

But in the multi-core mode test, this year’s top 15-inch MacBook Pro scored 6.48 points. That’s around a 5 percent decrease in its point score compared to the Late-2013, 2.3GHz model.

Turning to Cinebench 15, last year’s model scored 126 and 623 points, respectively, for single- and multi-core modes. This year’s model scored 134 and 599 points. So again we see an upward shift for the single-core test, as we’d expect with an increase in processor frequency; but a downward trend when all eight virtual cores are engaged. Read more MacBook Pro Retina reviews.

Given that most of the hardware components are identical between generations – certainly the memory specification, even if we didn’t check for other running changes on the logic board – the other tangible difference between models is the installed operating system.

We tested the Late 2013-generation of MacBook Pro with Retina display when it first launched, and its OS then was the then brand-new OS X Mavericks. The latest 2014 model is also shipping with Mavericks pre-installed, but a later iteration – 10.9.4 versus the 10.9.0 on the previous model. We tried running the Cinebench tests again on last year’s MacBook Pro with the latest 10.9.4 operating system, and were surprised to find important differences.

Similarly in the Cinebench 15 benchmark test, comparing results on the same notebook between two OS versions, the single-core result was the same at 126 points, while multi-core was lower with the newer OS update: now 527 instead of 623 points. That’s an 18 percent lower score.

Our tentative conclusion from these results is that the Mid-2104 MacBook Pro hardware is indeed several percent faster than the Late-2013 model, as indicated by Cinebench test results when both machines are running OS X 10.9.4. And that the update from 10.9.0 to 10.9.4 has reduced performance slightly in multi-processor mode, at least when testing with either v11 or v15 versions of the Maxon Cinebench test.

Turning to Geekbench 3, we saw no such discrepancy between OS versions. The latest Mid-2014 MacBook Pro with Retina display here scored 3658 in single-core mode and 14360 points in multi-core – both these results ahead of the 3461 and 13571 point results of last year’s model. And importantly, showing a consistent multiplier figure, albeit of around 3.92x.

Read more about the tests we ran on the Retina MacBook Pro in our full review: 15-inch 2.5GHz MacBook Pro with Retina display review