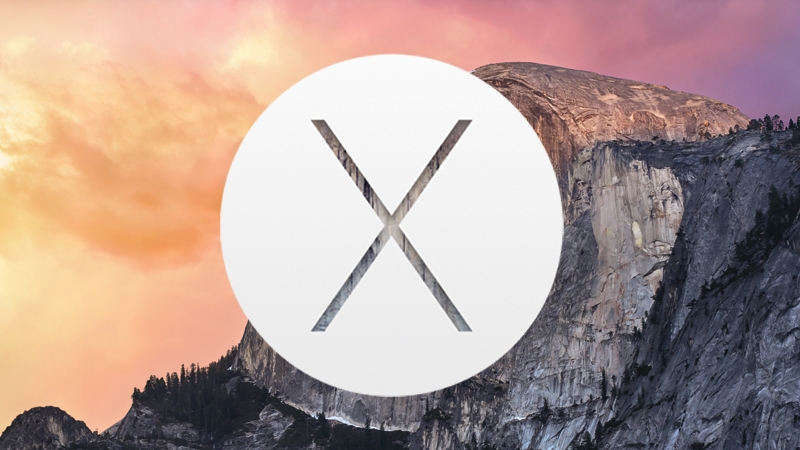 Yosemite has been on my Macs at home and at work for almost a month now. I’m not alone in having installed it: by the end of October Yosemite was reportedly on one in five Macs. Chances are it’s already on your Mac.

I’ve spend much of the last three weeks trying to get familiar with the new Mac operating system. You can read my complete review of Yosemite here. Using Yosemite has been good, some of the time, but it’s not been without issue. There have been occasions when I have felt like a beta tester as I tried to get certain features to work. But there have been other times when new tools and user interface elements have brightened up my day.

The best things about Yosemite

There is plenty to like about Yosemite, here are some of my favourite features:

1. I quickly switched from dropping files I planned to work on at home into DropBox, to using iCloud Drive. I even finally decided to pay a little bit more to upgrade to 20GB for 79p a month (having spent the past few years pruning my iCloud backup to keep it below the 5GB).

2. In Safari clicking on the URL bar to bring up a quick shortcut to my favourites is useful, as is the handy Tab View that shows thumbnails of all the tabs I have open.

3. Notification Centre is now useful, instead of annoying, thanks to Widgets. Right now there aren’t many to choose from, but that’s likely to change over the next few days and weeks. And separating out the Today view was a genius move.

4. There are also some handy new things in Spotlight, like the ability to perform quick calculations and conversions. Never again will I need to go to Xe.com every time I want to convert US dollars to pounds.

6. Markup in Mail is useful but Mail Drop is more so. Along with iCloud Drive, Mail Drop means I will be using DropBox less and less.

7. And Yosemite just looks nicer than Mavericks. I know that some people don’t like the new, iOS-like, icons, but I do. Also in Yosemite’s favour is the fact that it is free and runs on seven-year-old Macs – although older machines don’t get all the new features.

1. In the run up to the Yosemite launch I was enthusiastic about the promised Continuity features in Yosemite that would bring the iPhone, iPad and Mac closer together and make it easier to work with, and switch between, all your Apple devices.

Unfortunately I was disappointed, at least initially, as I had some issues getting all these new features to work. For a while I felt like a beta tester trying to get AirDrop and HandOff to function as expected.  This wouldn’t be so bad except for the fact that Apple had had beta testers looking at these features for months -why didn’t they work at launch? Frustrations soon abated as the issues seemed to rectify themselves, and once I was able to use these new features some proved pretty revolutionary. Hopefully the Continuity features will work for you too.

2. Continuity wasn’t the only problem, though. Some Yosemite users are also experiencing WiFi issues. I’m one of them. I was quick to blame my network at home when I kept losing my connection to the web, rebooting the router on more than one occasion. Apple had attempted to fix the problem in the Yosemite 10.10.1 update, but unfortunately it didn’t work for everyone. Read more about the Yosemite updates and the problems with WiFi here.

3. There’s another issue. A hacker with a Swedish security firm claims to have discovered a serious security hole in Yosemite that could grant an attacker root access highest to your machine. His advice for now is to use FileVault and avoid running your Mac from an admin account. Apple has said nothing but is likely at work on a fix.

As annoying as these few issues are, in general installing Yosemite has been a good experience destined to get better. It’s just frustrating that Apple released the software before all the features worked. Read our review of OS X Server (Yosemite).