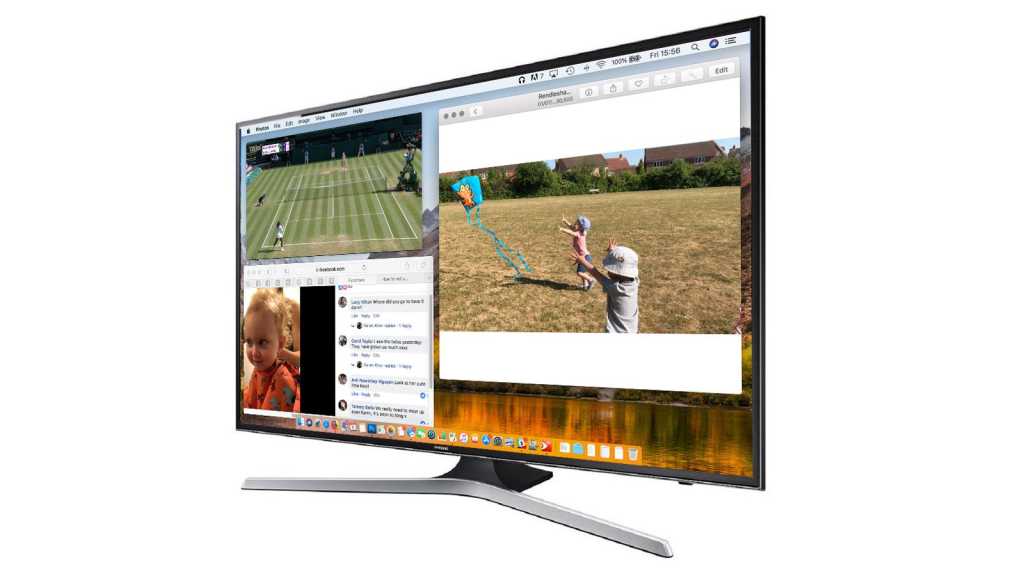 It’s easier than you might think to connect a Mac to a TV. With the right cables, an Apple TV, or a TV that works with AirPlay, you can mirror your Mac on any television screen in no time.

You can play movies from your Mac on your TV, stream programmes from catch-up services such as BBC iPlayer and Apple’s new Apple TV+ streaming service, or even show off your gaming skills on a larger display. Many companies now use large-screen televisions in the boardroom instead of projectors, so this is also a handy tip for those who have to give presentations.

It’s straightforward to connect an Apple Mac to a television, but there are a few different techniques to choose from. These can be divided into three main strategies:

In this feature we’ll look at these options in turn, from how to use the Apple TV to mirror your Mac’s screen to a range of adaptors and cables you can use to hook up your Mac to your TV. Plus, with news that a number of TV manufacturers announcing that they will soon be supporting AirPlay 2 on their new sets, along with the Roku and Amazon Fire TV, it’s about to get even easier to share your Mac (and iPhone and iPad) screen to your TV!

If you have problems getting the audio from a Mac to play on a TV we cover that here.

How to connect Mac to TV with Apple TV

You don’t have to use a cable to connect a Mac to a TV – you could plug an Apple TV into your TV and connect wirelessly.

The Apple TV connects to your television via HDMI and uses AirPlay to connect to your Mac. You can stream content from your Apple laptop or desktop to the television, as well as using the Apple TV to stream other content from the web.

To share your Mac or MacBook screen to your Mac using the Apple TV follow these steps:

How to connect Mac to a Smart TV without Apple TV

There is a way to connect your Mac wirelessly to a Smart TV without using an Apple TV.

A number of TV manufacturers have announced that they will be selling new smart TVs which offer AirPlay 2 support, they will also be upgrading some current TVs to support the standard.

We have a separate article that lists the different TVs that will support Apple’s AirPlay 2. It includes TVs from Sony, Samsung, LG and Vizio.

If you have a Roku or Amazon Fire TV you will also be able to use AirPlay 2 to stream content from your Mac to a TV screen as soon as the software update becomes available for those devices (it’s expected this summer).

If you have a qualifying TV or a Roku or Amazon Fire TV you’ll be able to view your Mac screen on your TV by following these instructions.

How to connect Mac to a TV without Apple TV

Step 1: Find out which type of connection your Mac has

Your Mac will have one of the following connections that can be used with your TV:

If you have HDMI on your Mac this is a good option as it’s commonly found on modern TVs and it will transfer video and audio via the one cable.

All you will need is an HDMI cable and one of the following Macs that have HDMI ports:

If your Mac doesn’t have an HDMI port (of the current line up only the Mac mini and the Mac Pro do) you could purchase an adapter. We’ll look at those options below.

There are three generations of Thunderbolt port. The first two look like this:

The following Macs have Thunderbolt 2 ports:

If your Mac has a Thunderbolt 2 port, you can use either a Thunderbolt or Mini DisplayPort adapter as the port is the same shape.

The following Macs have Thunderbolt 3.

The 12in MacBook doesn’t offer Thunderbolt 3, but it does offer USB-C. For that reason you can use the as USB-C Digital AV Multiport Adapter here too.

If your Mac is older than those mentioned above, chances are it has a DisplayPort connection. This can be a bit confusing as Thunderbolt 2 looks the same as DisplayPort port. But you will need a Mini DisplayPort to HDMI adapter to connect it to the TV as a Thunderbolt connector won’t work.

Again, this is only likely to show up on much older Macs, like the original MacBook Air. It’s smaller than the Mini Display Port. Apple no longer sells these adaptors, but you might find one on Amazon or eBay.

Step 2: Find out what type of connection your TV has

You need to find out what your TV video input port is. If it’s a modern TV it’s likely to have an HDMI port – this type of port will transfer audio and video from your Mac to your TV. If your TV has an HDMI port it will look like this:

If your TV is older it you may have a DVI port. DVI connections don’t transfer audio so you will need a separate solution for that. They look something like this: 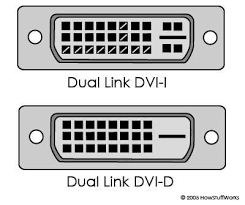 If your TV is really old TV you may need a composite adapter. We think it’s unlikely that you would be looking to hook your Mac to such a screen, especially since it’s easy to pick up low cost TVs with HDMI ports.

Step 3: Buy an adaptor to hook up your TV and Mac

Now you know which ports your Mac and TV have, you need to buy an adaptor to connect them. We look at each type of adaptor below.

If you have an HDMI ready TV and Mac then all your need is an HDMI lead. You can get a 3 meter HDMI cable from Amazon Basics here for £6.49. (You can get cheaper, shorter cables but you’d have to leave the Mac beside the TV).

The other options are USB-C to HDMI or Mini DisplayPort to HDMI Adaptor (since this will work with the Thunderbolt port). We’ll look at those options next.

If your Mac has USB-C or Thunderbolt 3 (which works with USB-C adaptors) there are lots of adaptors available for connecting it to your HDMI equipped TV.

Apple makes a USB-C Digital AV Multiport Adapter, £75/$69 that will allow you to connect your Mac to an HDMI TV or display. 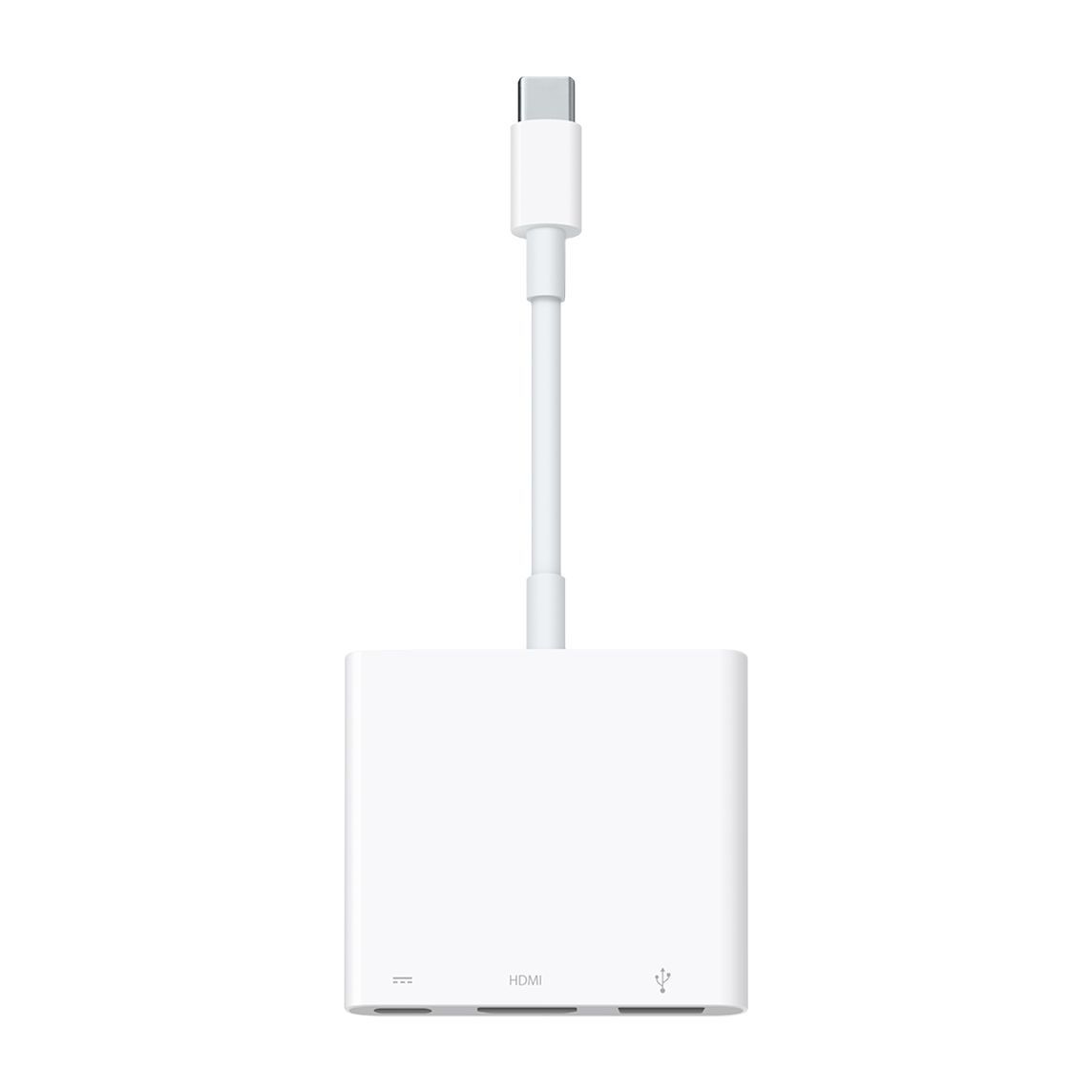 If you’re looking to achieve the same results but not looking to spend quite that much, Choetech has an adaptor for £16.99, it can be found on  Amazon US for $22.89. The adaptor can mirror your Mac at 4K at 60Hz.

Once you have the adaptor, it’s as simple as plugging in the adaptor via its USB-C connection to your Mac, and then using an HDMI cable from the adaptor to your television. You’ll need to buy a HDMI cable, although if you’re anything like us you’ve probably got an HDMI cable lying around the house somewhere.

Note that any adaptor will slowly drain the battery of your MacBook, so ensure you don’t leave the adaptor plugged in when not in use.

If you have the older Mac – in other words, one that hasn’t got Thunderbolt 2, Thunderbolt 3, USB-C or HDMI – you’ll need to buy a Mini DisplayPort to HDMI adaptor.

One option is the Belkin 4K Mini DisplayPort to HDMI Adapter, £25.23. This cable will allow you to connect your Mac to an HDTV. But note that audio support is available only on MacBook computers released after mid-2010. Older MacBook computers need a separate 3.5 mm-to-3.5 mm cable for audio. 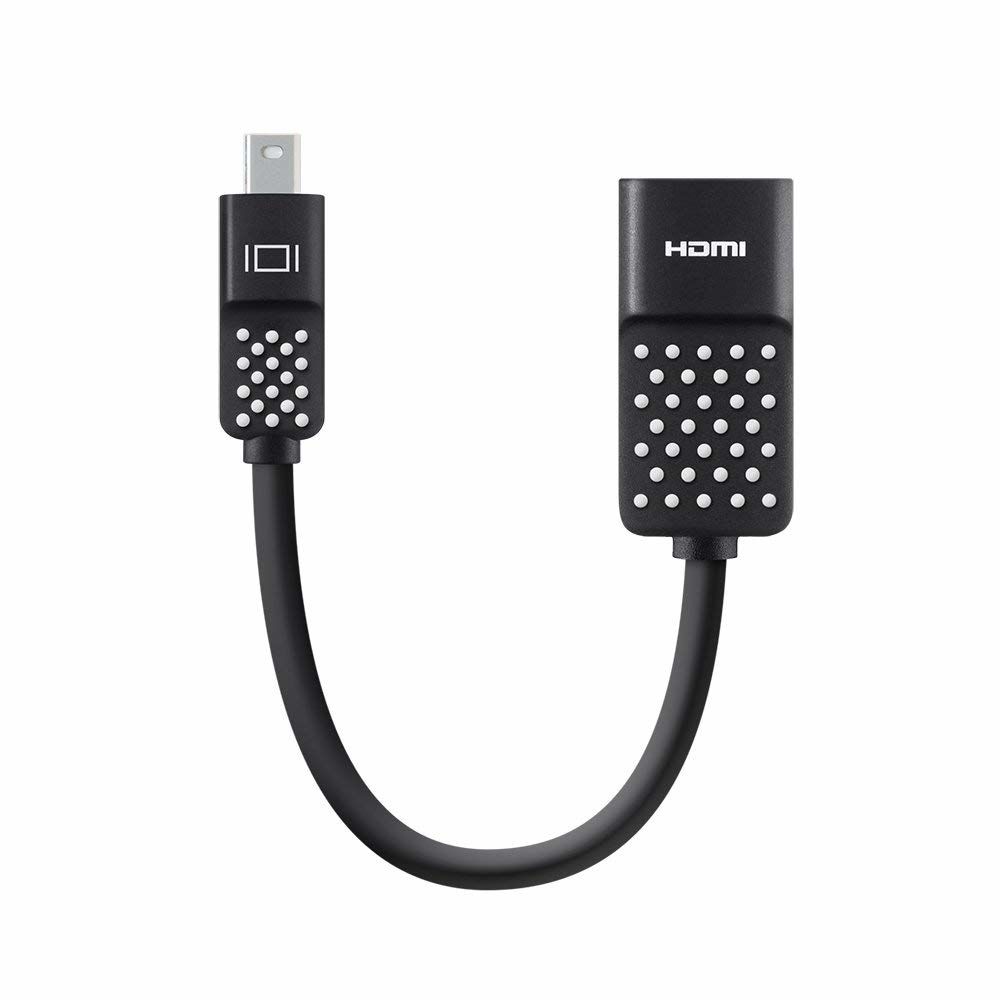 You can also pick up this Proxima Direct Mini Displayport to HDMI adaptor (£4.95). Bear in mind you will also need a HDMI cable. If you don’t have one, you can pick up the official  Apple HDMI to HDMI cable (£19), or a non-Apple-branded one for a little cheaper at £6.49. 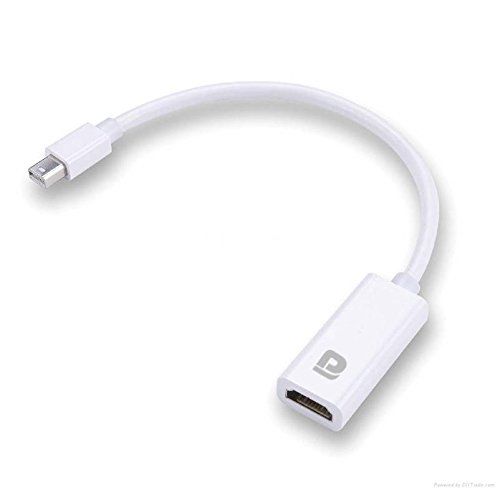 If you have an HD TV and your Mac has HDMI or a Thunderbolt port, you should be able to send the audio from your computer to your TV via the cable.

If your Mac only has a Mini DisplayPort (not Thunderbolt) or an older port it may not be able to send audio to your TV so you will probably need to use an AUX cable to hook up the Mac and laptop in addition to the other adaptor.

To make sure your TV plays the audio sent from your Mac follow these steps: