Has one of the apps on your Mac frozen? Are you seeing the ‘spinning beach ball’? Has your mouse stopped working? All these are symptoms that suggest an app has stopped working and you need to Force Quit before you can carry on. But how do you Force Quit on a Mac? Or, if you are used to Windows, how do you control alt delete on a Mac?

Windows users will be very familiar with the classic Ctrl+Alt+Delete key combination, the measure of last resort when an application has become unresponsive. Pressing Ctrl+Alt+Delete on a Mac will do nothing, that’s if you can even find those keys: on some Mac keyboards the Alt key is called Option, the Control key is there, but it’s equivalent on a Mac is really the Command key, and there isn’t usually a key marked as Delete.

So how do you Force Quit a Mac? There’s actually more than one way to Force Quit an app on a Mac. Here we’ll show you a variety of ways to find the problematic programs and shut them down, without the need to resort to the power button.

If you’re finding that apps are becoming unresponsive on a regular basis, and that it’s not always the same one, then it might be worth backing up all your data and doing a clean install of macOS. It’s a rather nuclear option, but could save you a lot of headaches in the long run.

You might also find it helpful to check out How to fix a frozen Mac.

Before we begin we will quickly summarise the five different ways to force quit on a Mac:

Read on for details of how to do each of the above.

Force Quit via the Dock

If an app has become unresponsive, then there’s a good chance that trying to place your mouse pointer over the menu bar at the top of the screen will result in a spinning beach ball that doesn’t allow you to select any options. You can of course give the app some time to resolve its issue, but if the problem persists then the app will need closing and launching again. 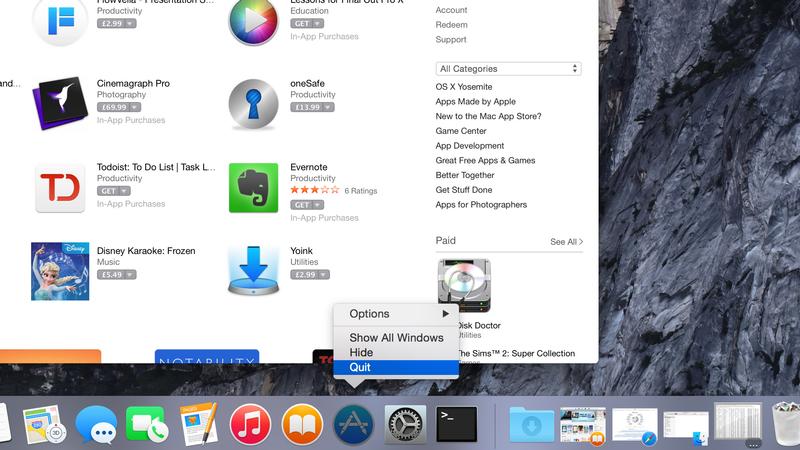 Force Quit via the Apple menu

There is another way to access the Force Quit command: 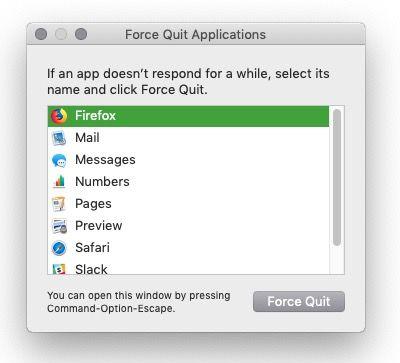 Force Quit on a Mac using the keyboard

Another way to Force Quit an app is to hold down the Command + Alt (or Option) + Escape keys, this will bring up the same Force Quit Applications window as seen above. 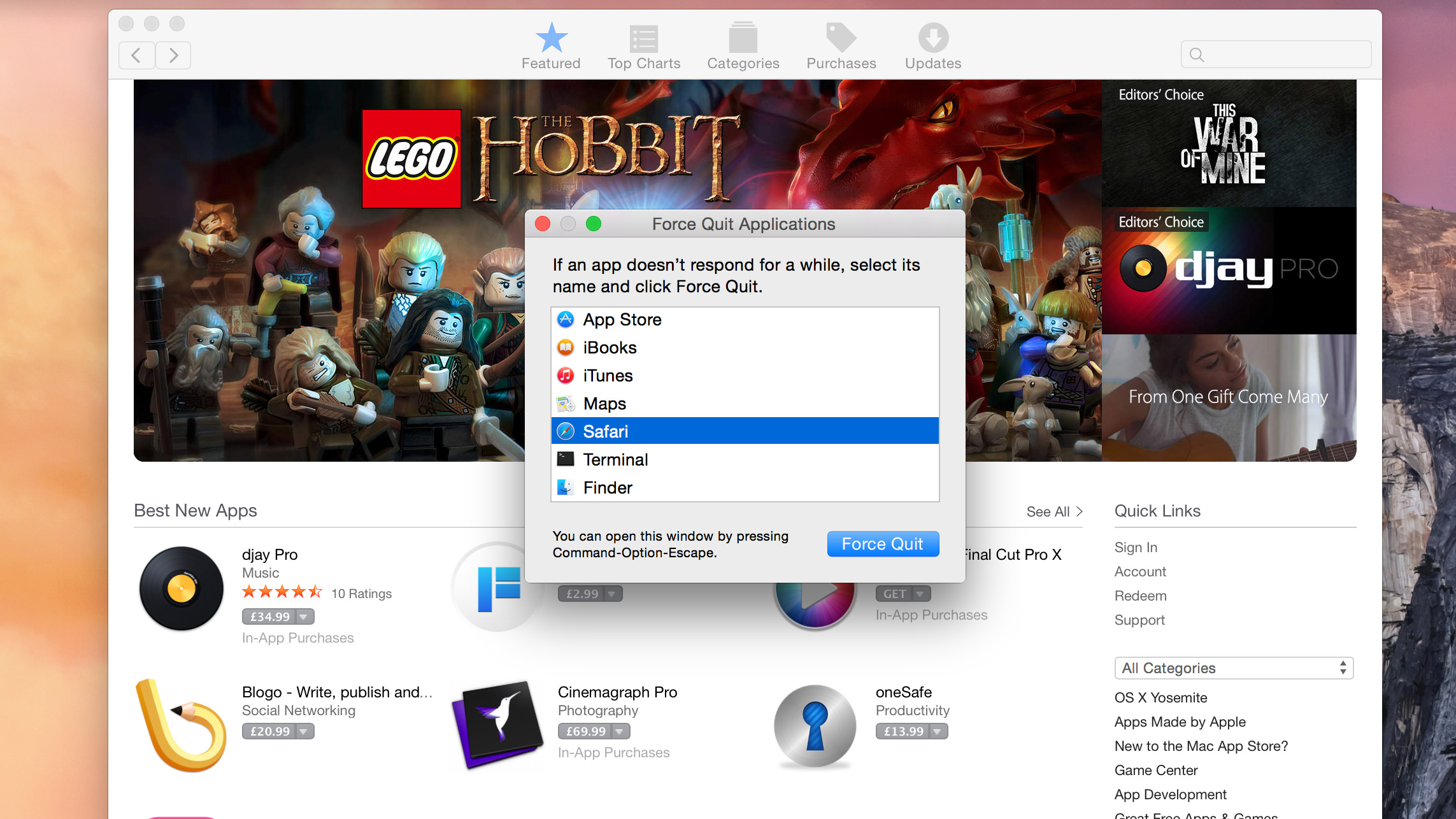 What to do when you can’t leave an app

In severe cases, you’ll find that you can’t actually escape from the app itself to perform the above commands. If this is the case then you still have a command you can use.

Simply hold down the Cmd + Alt (Option) + Shift + Esc buttons and macOS should close whichever app is currently the active one on your screen.

If you’re experiencing problems on your system, say the spinning beach ball is appearing more than normal, then one way to see what’s happening is using the Activity Monitor app. 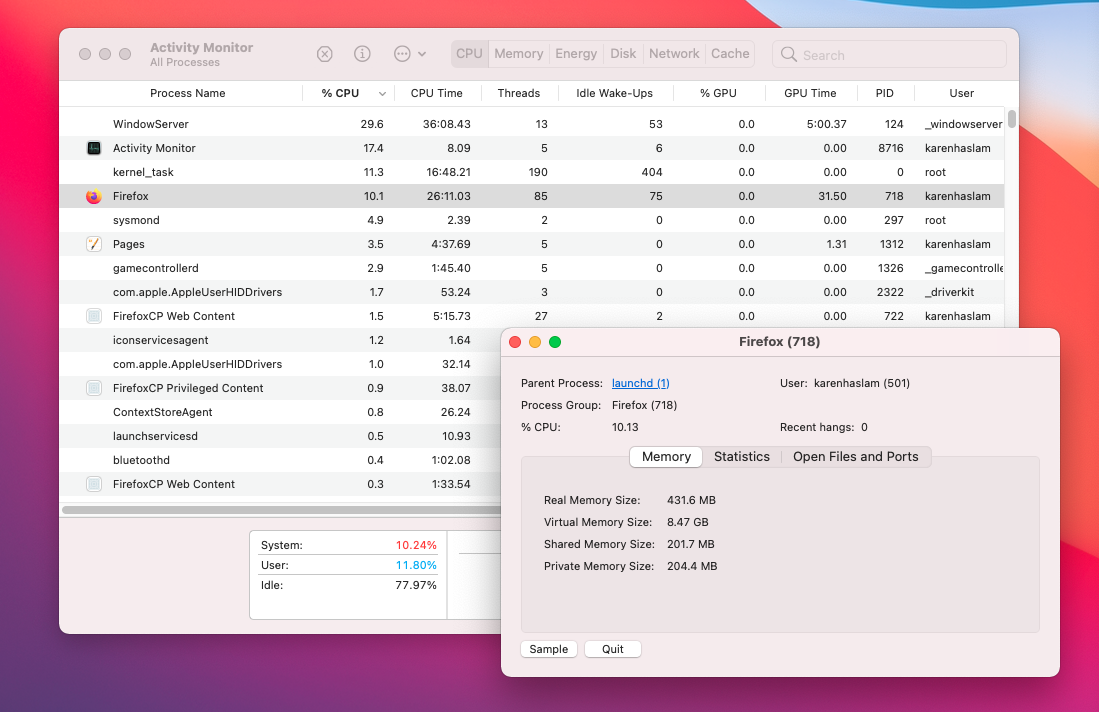 What to do if your Mac is frozen

Sometimes an app can get into trouble and cause your entire system to freeze. While these cases are rare, they do happen. We offer more advice about what to do if your Mac is frozen in a separate article as there can, of course, be a number of reasons why your Mac is frozen.

Should you be faced with an unresopnsive Mac due to an app that won’t force quit the only option left to you is to hold down the power button on your Mac for several seconds.

Normally when you press the power button a message is sent to your system telling it that you want to close it down. The system then usually responds by putting the machine to sleep. Holding the button down for longer will give you a dialog box with various options such as Restart, Sleep, or Shut Down. But in a severe system crash, even this option might not appear.

So the last resort is to hold the button down until the machine cuts off the power completely. Now, while this will allow you to reboot and get back into your Mac, because of the sudden nature of the shutdown you may find that any unsaved data will be lost.

It’s not perfect, but sometimes it’s the only way to get back up and running.

Note, if you want to prevent the application that was causing the problem from opening up again when the computer restarts make sure that the box beside Reopen windows when logging back in is not ticked! 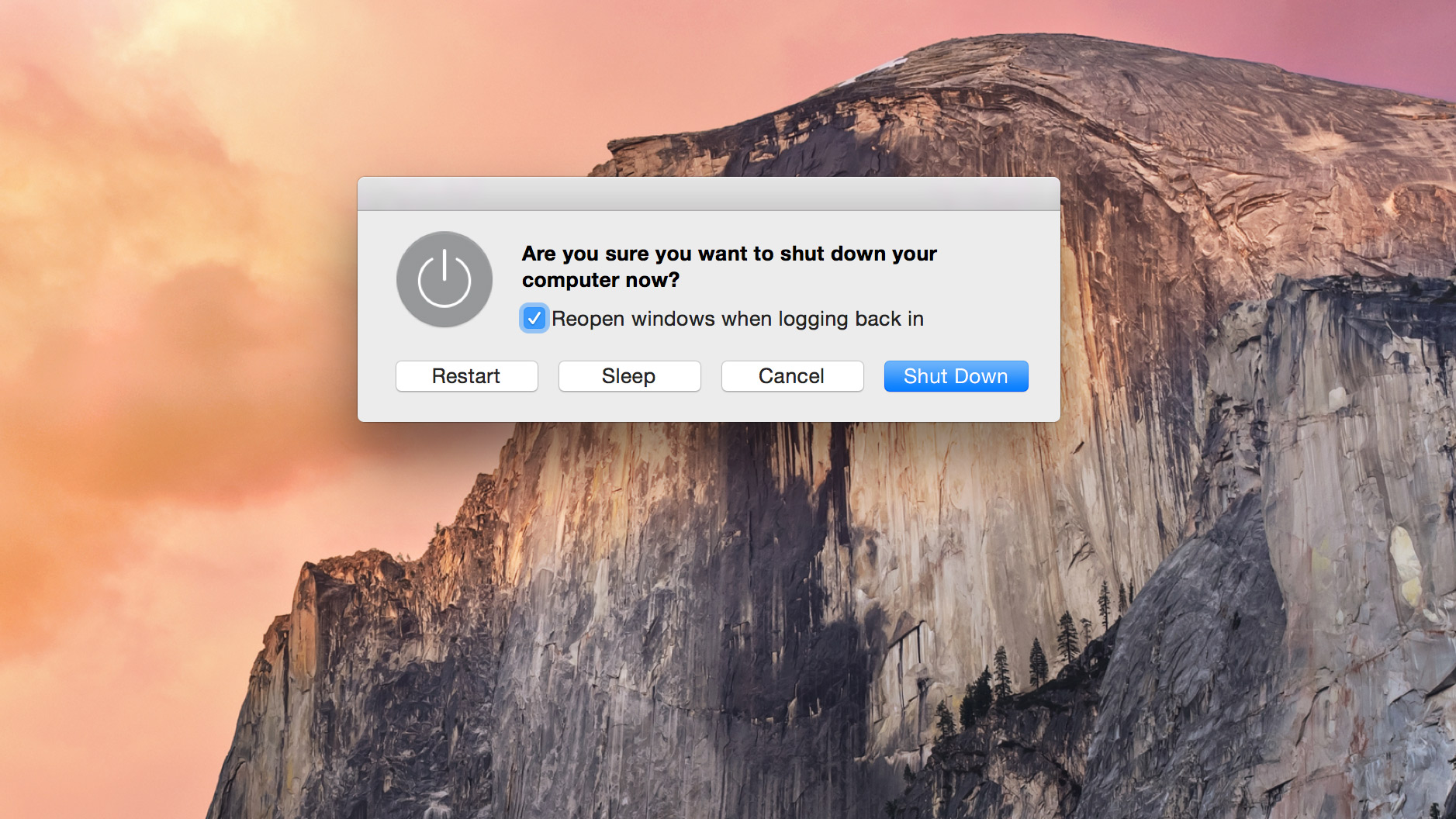 We look at restart the Finder in a separate article.

Wondering how to copy and paste on a Mac?