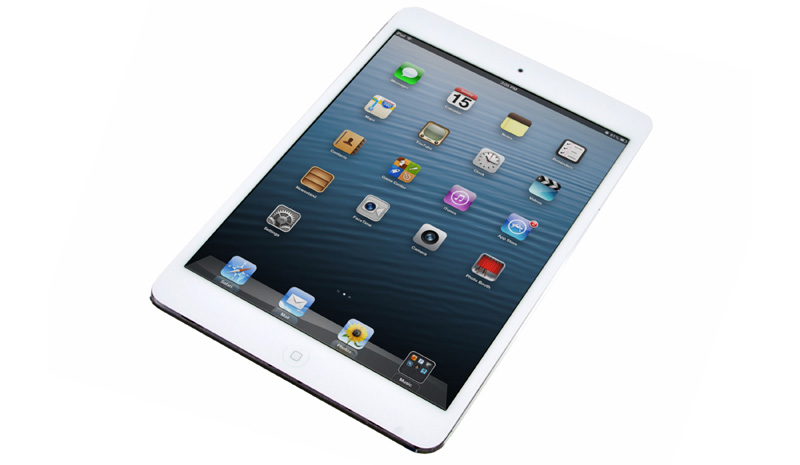 There’s no doubt that in its five years Apple’s iPad has revolutionised personal computing. It just hasn’t revolutionised mine. I really did think it would, but it hasn’t.

I hardly ever use it any more.

Everyone wanted one. But how many people still actually use it that much?

I was an early iPad adopter, and even upgraded to version 3 (can’t remember why, though).

But my iPad lies mostly unused in the tech drawer at home – with the wired headphones, Apple TV and viper’s nest of USB cables and adapters.

The iPad was born five years ago today. By happy chance my daughter was approaching three years old, and ripe for the many apps that soon begged to be downloaded.

She was an eager iPad user, and I followed suit, downloading apps, and playing games with her.

But over time she asked for the iPad less and less, preferring, as I do, the convenience of the iPhone, which is more likely to be around or indeed charged.

I never really got into reading newspapers and magazines on the tablet. The few situations I have for reading periodicals fall out of the iPad’s reach.

The apps that once bonded my daughter and me to the iPad are pretty much all available on the iPhone. There are exceptions where the iPad’s larger screen does justice to the apps: Let’s Create Pottery and Spy Mouse, for example. See: Best apps for kids.

Even the expansive world of Minecraft works fine on an iPhone 6.

Of course, most games and photos look better on the larger screen. But how often do you put your phone aside to get out the iPad to take advantage of that 9.7-inch screen.

And shoot me if you ever see me outside taking a photo with one!

One game that demands the iPad is the wonderful Osmo, which actually moved the tablet on to another level of game play. More like Osmo and my iPad would leave the cupboard more often.

That big slab in between doesn’t get a look in much any more – unless you don’t have a smartphone or laptop, and who doesn’t these days?

Sure, the iPad works for some things: commuters watching movies and TV shows. FaceTime maybe, but that’s more convenient on an iPhone, I’d argue.

Bigger screen = better, unless you have to hold it too long and wear out your forearms.

The fact remains that in my house the iPad is rarely seen.

My daughter, now 8, is no screenaphobe. She’ll happily sit in front of our iMac or MacBook Air all day doing coding (tablets are better at consumption than creation) or watching clips of Horrible Histories. But only when she tires of such things might she enquire as the whereabouts of the iPad. (And be encouraged to go run around outside, read a book, play with some non-electronic toys, friends, us, or do anything else but stare at a screen.)

Read: How much screen time is too much?

If he was still with us I wonder whether Steve Jobs would agree with himself (which he mostly did) a few years before he revealed the iPad when he said that that a tablet can’t do much more than an iPhone can.

Apple sold 300,000 iPads on the day it was released, and a staggering 18 million in its first year. Total worldwide sales of the iPad are now in the region of 256 million.

But, while still buoyant, iPad sales have declined over 20 percent since this time last year. Last October they dropped 13%. The quarter before they’d fallen 16%.  Sales of all tablets (iPads and Android) fell nearly 10% in the last quarter of 2014. Read: iPad Pro release date rumours.

Maybe it’s not just my iPad lying unused in the cupboard.

Apart from speed – and much improved free versions of iOS – the iPad hasn’t really changed at all in five years. I haven’t been tempted by a Retina display iPad. It’s just a nicer screen. If my current iPad’s screen was rubbish I might have been tempted to upgrade, but it’s just fine for me.

There’s no other new features in the hardware. You can’t say the same about the latest iPhones, with their larger screens that have proved wildly popular.

Apple seems keener to spend R&D time making the thing thinner and thinner rather than actually any better.

Another reason iPhones are upgraded more often than iPads is the way that we basically rent them through carrier Pay Monthly deals that mostly run out every two years, just in time for a “cheap” upgrade to the latest model.

The iPad is a beautiful but largely pointless thing. Happy Birthday to you! As a treat I’ll get you out of the drawer tonight and see if you have enough charge for a play.