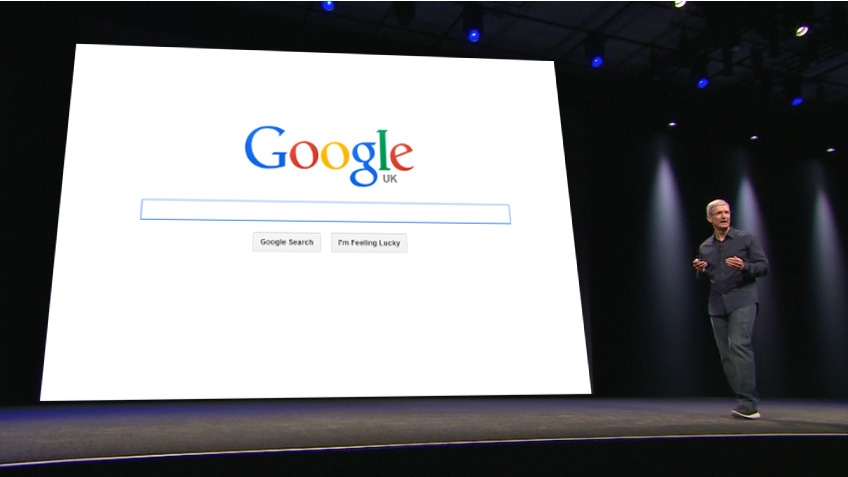 Imagine a crazy parallel universe in which Google was right and Apple was wrong. And then very quickly stop imagining such sick filth. Apple is the best because it focuses only on making great products, and success follows.

Google is an amazing organisation, with myriad businesses dominating multiple markets. All from an algorythm generated by two academics only 16 years ago. So Apple would have to be even more arrogant than haters say it is not to think it could learn from its erstwhile friend. Apple and Google may be enemies, but there are some things Apple could learn from The Big G. It just may be that it shouldn’t.

Think I’m wrong? Know of any other things Apple could learn? Let me know in the comments below.

5 things Apple could learn from Google: Try things in public

Steve Jobs was fond of voicing the opinion that Google had created nothing of worth beyond Google Search. It is certainly true that Google has put its name to some pretty weak material, in a way that Apple would never countenance. That Google simply appends the word ‘beta’ to its more half-assed products misses the point: Gmail was a ‘beta’ for a laughably long time.

But as well as failing with new products, Google succeeds. Gmail and Google Maps are better than their Apple counterparts. As is Google Drive. Simply: Google is prepared to fail, and seen to be failing, much more than is Apple. And it also tries crazy stuff.

It’s long been believed that Google encourages its employees to spend 15 percent of their time on new things. Perhaps it is true (although I suspect this rule stops before it gets to the sales floor). Certainly Google is not afraid to experiment with robots and driverless cars. They may not all succeed, but some will.

Apple is successful in part because it only tries where it knows it will succeed. Steve Jobs 2.0 saw them pare down the products and product lines it produces in order to only expend energy on great products and services. But it is possible as Apple sits on top with only the downward slopes to travel, that Google’s more publicly scattergun approach could unearth some more gems. (Or not.)

Sometimes Apple makes rubbish products. There, I said it. I’m yet to be convinced by the Apple TV. I cannot justify the price difference between the LG G3 and the iPhone 5s when the former is a better product. A whole generation of iMacs overheats (in my office, at least). iCloud is ropey. Apple Maps remains a joke.

In part because of Google’s willingness to pump out rubbish (er, try things), it is much more relaxed about admitting when it has a dud. So Google Video was quietly shuttered and YouTube purchased. Google Adx is a combination of all the better ad platforms on the market. Google Buzz and Orkut have long since disappeared, and Google+ is being left to quietly wither on the vine.

Apple only very rarely gets in wrong, but when it does it tends to cling on for too long before cutting its losses.

5 things Apple could learn from Google: Collaborate with rivals

I sit here writing for a publication that attracts from- and loses readers to Google Search, and is partially funded by Google Advertising. The company for which I work considers Google to be a rival and partner, a threat and a service provider. We are far from alone.

Google is prepared to buy, sell, get in to be with- or crush anyone and everyone. It would partner with LG, Samsung or HTC to make and sell products, even when it was running Motorola as a going concern. For one thing it wasn’t keen to stay long in the smartphone hardware pool, but for another it is confident enough to know that a vibrant smartphone market makes for a good future for Google. And it has not problem cutting its own ad revenues by changing Google Search algorythms to favour less commercial sites. As long as people are searching and surfing, it knows it will win.

Put it this way: the best baked-in features of Android can be added to your iPhone, because Google lets you. But you can’t run OS X on a Windows PC.

Again, Apple has achieved mega success by standing apart from the crowd and doing its own sweet thing. It waits for markets to come to it, and would always rather develop inhouse before it buys, and buy before it partners. (The Kindle app on your iPhone is a source of pain to the developer of iBooks.) But as cross-platform, multi-device computing becomes the norm, there is a danger that the ubiquity of Google’s apps, and the flexibility of (don’t laugh) Windows 10 starts to undermine Apple’s userbase. It is unlikely that the majority of iPhone users will ever use Macs, so they have to able to use all of their favourite tools across all of their devices – or potentially leak into the Android- or even Windows worlds.

Don’t get me wrong: I think Apple has this. But a more collaborative future is coming, and Google knows how to play this game.

5 things Apple could learn from Google: Be evil

No, Panorama. Apple is not evil. Not yet, anyway. And certainly not any more than any other large manufacturer in this most capitalist of all worlds.

Two words: user data. Google offers free products in order to find out about user behaviour, and then uses that data to sell ads. Google is the living embodiment of the truism that if you aren’t paying for the product, you are the product. People increasingly know this, and only some of them care.

There is a danger that Apple gets left behind in this world, by trying to be only a company that makes things and sells them. Apple gathers user data but doesn’t currently allow third-parties to indirectly access anonymised data as Google does. My bet would be that in time it may have to, or be squeezed by a coming generation of tech consumers who simply don’t pay for things. Evil may well be the future.

5 things Apple could learn from Google: Give stuff away

The same point above, but on a more macro level. Google makes money by selling users to marketers, Apple makes things and sells them to users. Arguably they will both have to meet in the middle. There is a counter scenario in which Apple becomes ever more niche, servicing only the most wealthy and making a very healthy profit thank you very much. But I suspect that the modern Apple is too big an organism to allow that to happen. And if it wants to keep getting bigger it may have to hold its nose and start looking at either freemium or entirely free business models, where appropriate.