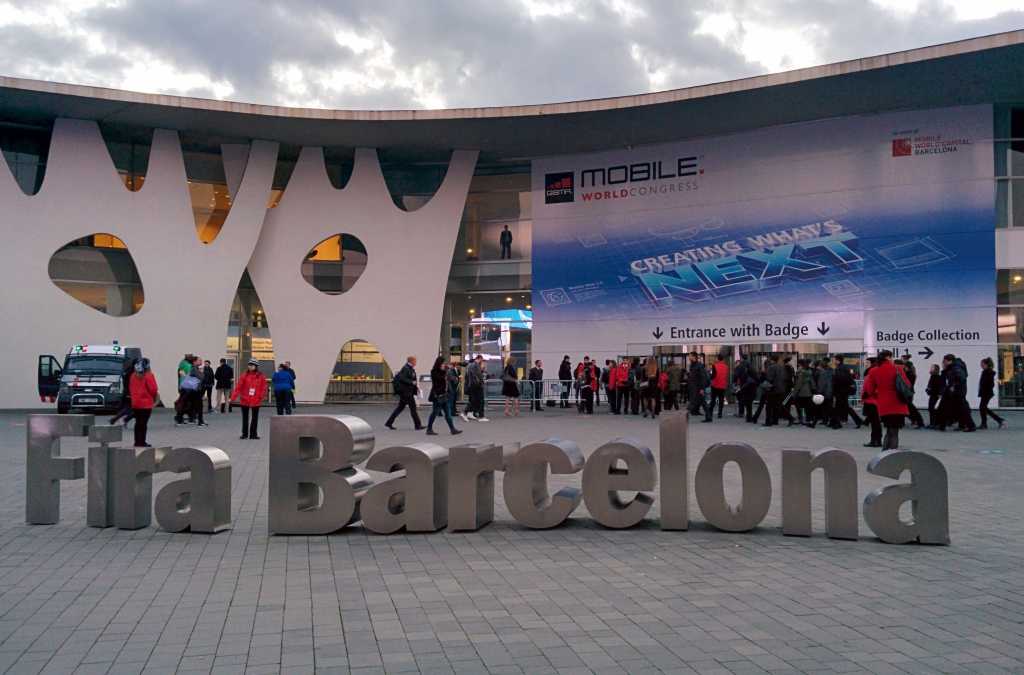 Next week some of the younger, less world-weary members of Team Macworld UK will descend on Barcelona in order to attend MWC 2015. Mobile World Congress is the world’s largest, most important mobile technology tradeshow. Arguably, given the relative importance of smartphones and tablets, this makes MWC the most important tradeshow of the year. LG, Samsung, HTC, Huawei, Sony and Microsoft are lining up to announce new products. Thousands of people will attend, and thousands of stories and videos will be created and posted.

Certainly for our colleagues over at PC Advisor (those clowns) MWC is on a par with CES as the most important week of the year. (Las Vegas in January, Barcelona in March. Tough life, huh?)

For Macworld MWC is important, but not all that important. And that’s because just like CES, CeBIT, Computex and even our own Macworld / iWorld show, Apple doesn’t go to MWC. Apple, in fact, does no-one else’s shows but its own. And although that is in some ways disappointing, it is eminently sensible for Apple. The most profitable company in history tends to make good decisions, and the decision not to attend MWC is one of them. (See also: What to expect at Apple’s WWDC 2015 event.)

Why Apple is right to avoid tradeshows

For one thing, Apple doesn’t do third-party events because to do so would be to endorse the event. Apple is such big news that people would write about it attending MWC – spreading Apple fairy dust toward the show and away from Apple’s products. And if Apple attended and didn’t launch anything, that would be a story too. Some people look for reasons to write negative stories about Apple. Apple has no intention of making that easy.

Apple has its own events that generate the interest of the world: Samsung isn’t about to appear at WWDC any time soon. I am exaggerating, but for Apple to attend MWC would be broadly the same thing.

Also: why would Apple launch its products to someone else’s cycle? In the past we have seen Samsung’s Galaxy flagship launched at MWC on the same weekend as Sony’s Xperia. Followed a day or two later by Nokia- and HTC product launches. It is worth noting that this year we expect relatively few flagship launches at MWC: those of Samsung and HTC standing out, while Sony and LG hold something back for later in the year.

These companies don’t want to share the limelight. They are betting that they don’t need a huge global show to generate interest in their products. And that it is better to stand alone that to get lost in Samsung’s wake.

Apple needs worry about competition from no-one. When an iPhone launches the internet breaks, so much interest is there. But even if it wanted to stamp on Samsung;s announcement, announcing a product at a tradeshow would require some compromise in release schedule, and Apple doesn’t compromise. And if you aren’t going to launch something, why be there?

(There is a precendent here: 2013’s iPhone 5s and 5c launch happened in Berlin, immediately after IFA took place in the same city. No-one was still talking about products launched at the show itself, once Apple had done its thing. It suited Apple to launch in early September, so it went and trampled all over its rivals whilst doing so.) (See also: iPhone 6 Plus vs Samsung Galaxy Note Edge comparison.)

There is a more specific reason why Apple is right to avoid MWC 2015, and that relates to the content of the show, and the way the market is headed. Despite the plethora of headline-friendly phone launches, MWC exists for networks and phone resellers. It is a show for the trade.

A quick look at the attendee list shows that around 200 mid-range to low end telcos will be there, reflecting where the volume is in the market. As Apple targets only wealthy countries in which people can afford to pay the Apple premium – and allow Apple to make a decent margin on every iPhone – it simply doesn’t play in the mid-range space. Indeed, it avoids certain countries.

The growth, if not the profit, is in the budget and mid-range

Our team will be there to keep an eye on the opposition. And if that means having to trek to Barcelona, such is life. (See also: 10 Apple apps that didn’t make it.)