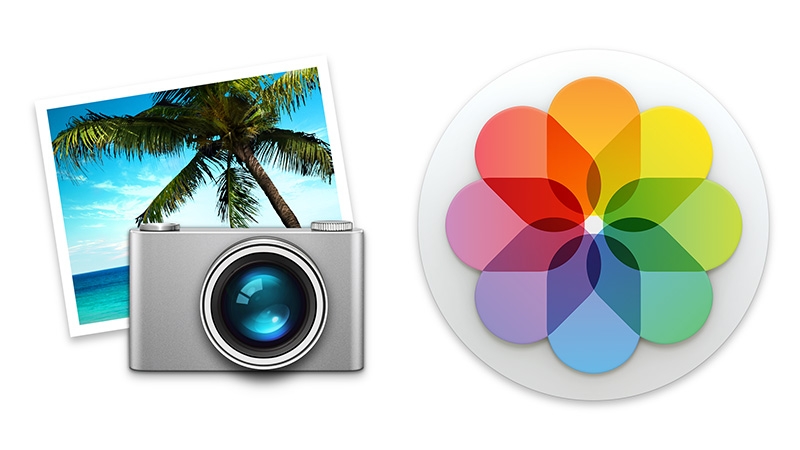 Can I still use iPhoto after Apple launches the new Photos app for OS X?

Good question. Apple’s new Photos app looks set to revolutionise how people use photographs in Mac OS X, but not everybody is looking forward to Photos. Keen users of Apple’s powerful iPhoto software want to know if they will be able to keep using iPhoto after Photos launches. (Another alternative is to uninstall Photos for Mac, although as the linked article explains this may create problems of its own.)

For some people the switch from iPhotos to Photos is chilling because they have spent many years building up a well-organised image collection in iPhoto. Now they are faced with learning a whole new app and migrating all their images to a different place.

Photos is set to simplify the process of viewing, and editing, images in Mac OS X. For many people this will be great news, because it brings the ease-of-use from the Photos app from iOS to the OS X environment. But for a lot of other Mac users the switch from iPhoto to Photos is set to be a huge, and unwelcome, downgrade. There are far fewer image editing options in Photos than in iPhoto.

How to transfer photo libraries from iPhoto to Photos

Photos is currently available as part of the OS X Beta Program. It is delivered to Mac OS X alongside the OS X Yosemite 10.3 Public Beta, rather than as a standalone app that you get from the App Store.

This suggests that Photos is set to be delivered to all Mac OS X users whether they want it or not.

Migrating your photo library from iPhoto to Photos is certainly easy enough. Just launch the Photos app and it will automatically migrate your entire iPhoto library. According to Apple: ” your photos, videos, projects, albums, and so on—will automatically appear in Photos upon launch. Some metadata, like star ratings and flags, will be transformed into keywords, so you can easily search for them. iPhoto Events will be turned into albums, which you’ll find in an iPhoto Events folder in the Albums view. Photos uses the same master files as iPhoto, so you won’t need double the space to run both apps.”

Can I still use iPhoto after migrating to Photos 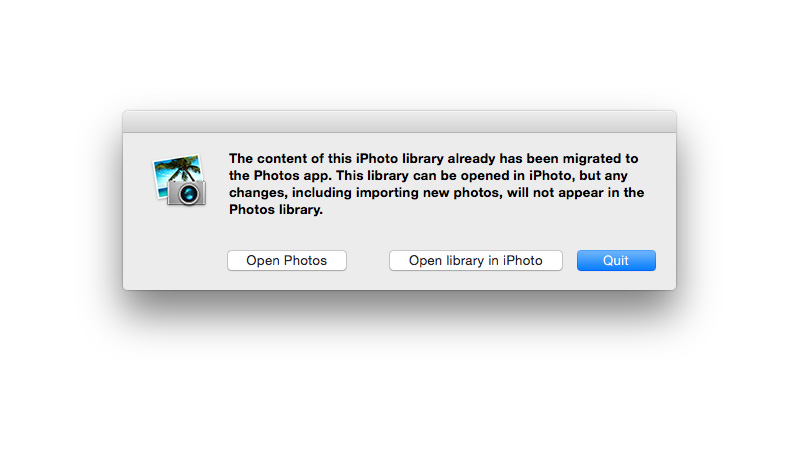 When you launch iPhoto you’ll be presented with an alert. The alert says “The content of this iPhoto library already has been migrated to the Photos app. This library can be opened in iPhoto, but any changes, including importing new photos, will not appear in the Photos library”.

This is good news for people who want to carry on using the iPhoto app, although it still doesn’t bode well in the long-term. While we expect iPhoto to continue running on Mac OS X for many years to come, we have no idea if Apple will keep iPhoto on the Mac App Store, and we don’t expect many updates beyond ensuring it works with future operating systems.

So don’t chop and change between apps, move to Photos when you are ready.