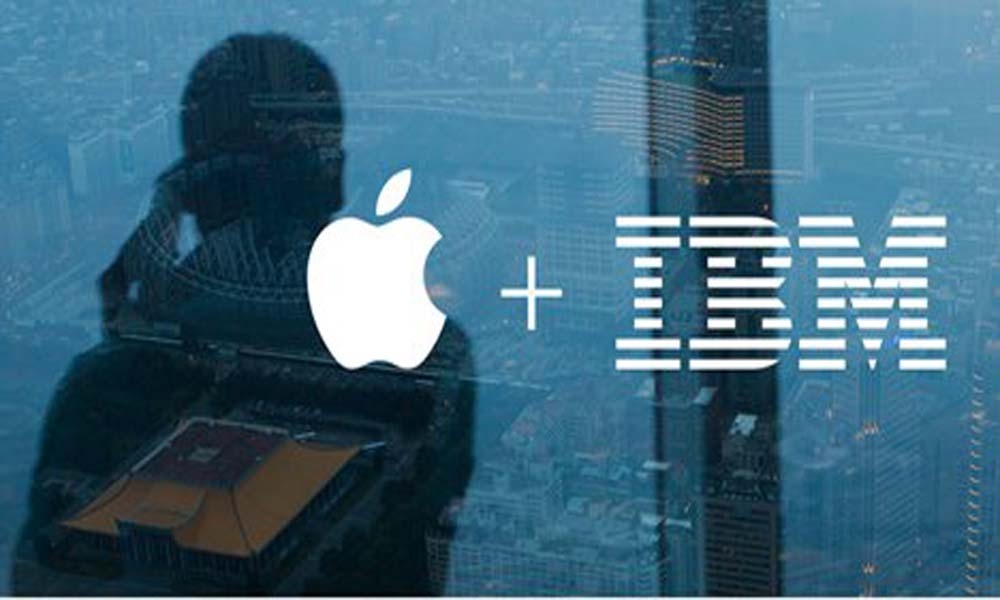 Apple and IBM have joined forces to develop business-grade iOS apps, which could have big repercussions for the iPad, developers and the future of enterprise.

But what does it all mean? How important is enterprise to Apple? And is there any truth to the rumour that Apple is developing a bigger iPad Pro with enterprise users in mind?

Apple and IBM announced their partnership back in July 2014, and then in December 2015, the two companies announced they were to launch 100 business-centric native iPhone and iPad apps on IBM’s ‘Mobile First’ cloud platform, while also combining on the testing and maintenance of these apps, device reselling, leasing, enrolment and activation, and help desk support.

The partnership matches the world’s top hardware and OS manufacturer with IBM, the leader in enterprise IT solutions and services, as well as software development security and analytics. The aim is clear; for businesses to push any data or process to an employee with an iOS device. 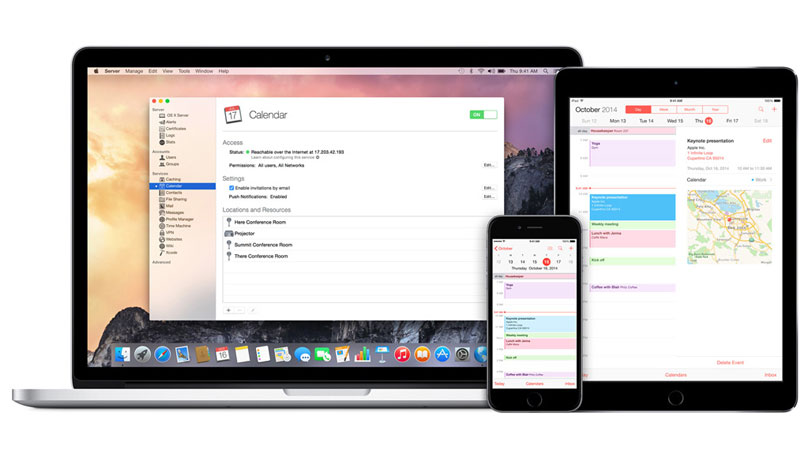 Mention ‘Bring Your Own Device’ to any IT manager and you’re likely to see panic sweep across their face, as they consider the need to manage data, devices, write policies and maintain compliance.

This situation isn’t unique to Apple devices of course, but iOS has led the bring-your-own era since the first iPad, and to this day IT teams are still struggling to manage the deluge, irrespective if they’ve deployed Mobile Device Management (MDM) or Mobile Application Management (MAM) solutions.

Despite this, it is clear from this agreement that BYOD is here to stay; enterprises are now realising the benefits and can’t backtrack, so attention must turn to improving apps, securing data and aligning mobility with existing business processes. 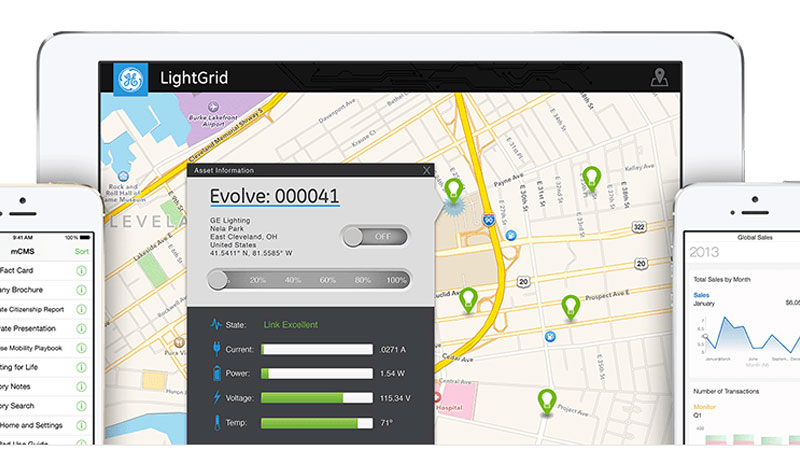 As mentioned above, IT departments have struggled with managing mobility, as well as getting visibility on how these devices are used.

The IBM partnership should hopefully help solve that problem; all the apps are controlled by the secure MobileFirst platform, which is technically based on IBM’s Maas360 MDM platform, while IBM is said to have ‘special access right to certain security features on the devices that others will not have access to’.

For example, some apps can blank the screen or log-out if you shake the device, so confidential data is immediately hidden. A shake can also be used to summon help.

IBM will also have a key role in data and transaction security, and business analytics. Mobile management from a managed services provider may be the way forward for a lot of companies. 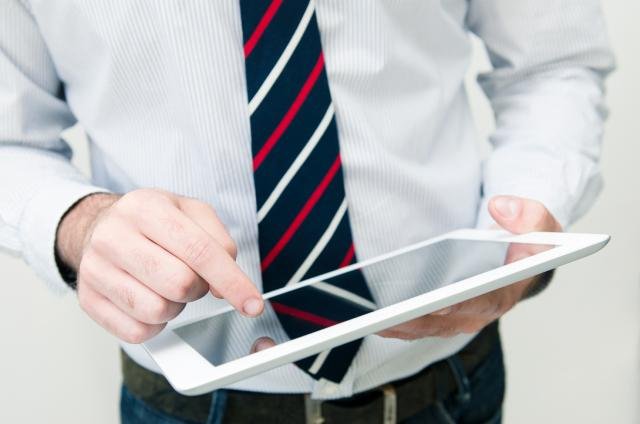 Every app store is dominated by consumer titles, especially games as making the next Flappy Birds has always been cooler and more lucrative than, say, the next Salesforce.

Yet app development companies have increasingly been building custom iOS apps for business, and this latest deal raises the stakes given the size and resources of the companies involved, and the level of support they will provide.

These are not ported Windows or reworked web apps – they are mobile-first, optimised for iOS8, and will integrate with any environment. And with Apple’s continued work with developers on the Swift programming language, as well as HealthKit and CarPlay, expect more enterprise innovation going forward.

Demand for a 12in iPad

Apple is reportedly working on a larger 12.9-inch ‘iPad Pro’ and that’s perhaps unsurprising given the iPad’s sales slump and the relative success of Microsoft’s Surface tablets.

A larger iPad would go even further than the latest iPad in replacing laptops in enterprise, with business executives likely to be attracted by the extra screen estate.

There is, however, one potential problem on the horizon; Apple has apparently delayed production of the 12.9-inch LCD panels, seeking input from partners on how it can be made more attractive to businesses.

There has been talk of easier tools for deploying apps and user profiles and, most interestingly, rumours of a USB 3.0 port, which would be a huge change.

iPad adoption in the enterprise 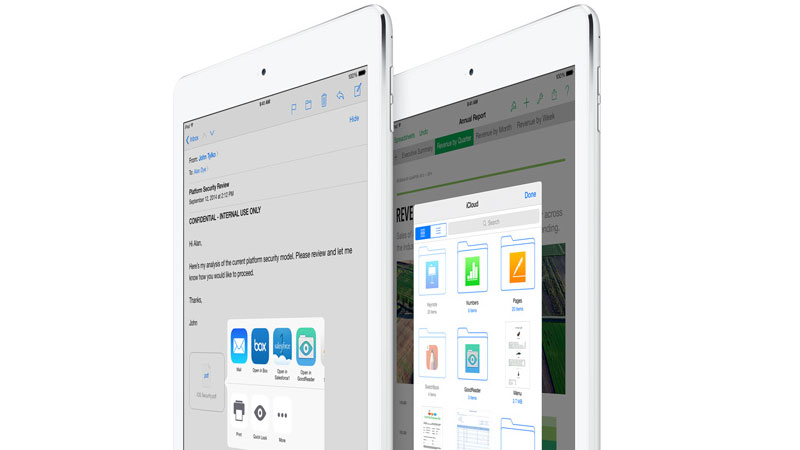 Apple has realised that enterprise is where the money is, from mobile applications and business support through to the more obvious iPad and iPhone deluge.

The firm knew that already but perhaps has seen the scope for future growth. IDC figures indicate only 20% of businesses have adopted the iPad, compared to 60% of Macs while an ESG survey reveals 30 percent of enterprises now intend to accelerate their use of iOS as a result of partnership.

“Apple entered the deal to be able to talk to enterprises in a language they understand without having to change who Apple is at core: a consumer company,” Carolina Milanesi, chief of research at Kantar, told Macworld. “With IBM they gain channel presence, back end support and apps support all that is needed to move iPads and iPhones from BYOD to enterprise liable.”

“For Apple, this deal marks their renewed attempt to get a better hold of the enterprise market. It’s well known that Apple has never been successful in this, and whether it was because of ignoring enterprise needs or simply because of inability to develop the necessary services in-house, can be debated,” wrote Alexei Balaganski, senior analyst at Kuppinger Cole, last year.

This partnership isn’t just about boosting iPad adoption, dethroning BlackBerry or eclipsing Android; it could be used to target conventional PCs.

The iPad has long been talked about as PC-beater but that becomes a serious proposition with native apps, a channel focus and supporting business analytics. In fact, some analysts believe this partnership could bring in 42 million new users for Apple.

Time will tell the partnership will deepen Apple’s hand in enterprise but it could also lead on to others devices, considering Apple’s work with CarPlay, iBeacons and now iWatch. IBM built one of the first, a Linux-based ‘WatchPad’, in 2001 aiming , and aimed at enterprise.

“There is no question though that Apple Watch will make its way into enterprises through users and that enterprises will have to figure out what the ramifications are,” added Milanesi. “With IBM, Apple could think of delivering specific apps in the same way they are doing for tablets and drive value for organisations.”

Doug Drinkwater has been writing about technology since 2009, and is currently the Senior Reporter at SC Magazine UK. His work has also appeared in TabTimes, PCWorld, International Business Times, Macworld UK and The Gadget Show Magazine plus numerous other titles that you've never heard of.