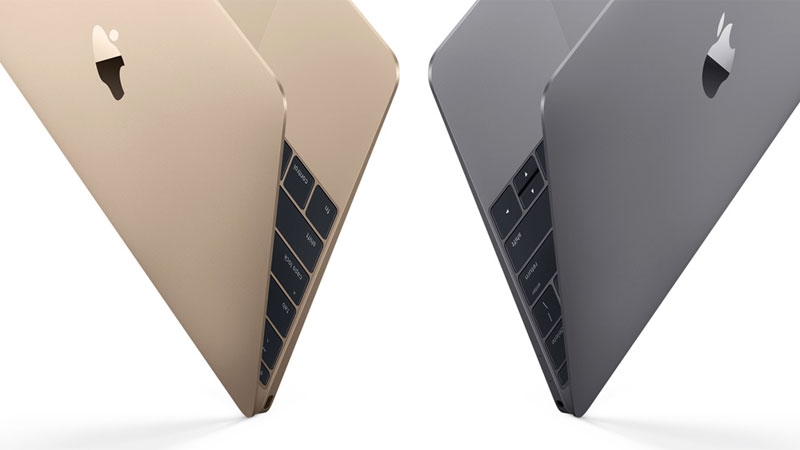 What came first iPad or MacBook? MacBook right? Maybe not. This new MacBook ( reviewed here: 2015 MacBook review) is what you get if you cross the iPad with a MacBook Air. In many ways the old iBook brand, discontinued in 2006 when Apple made the switch to Intel processors, would have been a better name for it. I bet someone at Apple is kicking themselves for giving the iBookstore that name.

The iBook would be the perfect name because that’s what it is. It’s as close as Apple is ever going to get to an iPad laptop convergence without building a toaster refrigerator, which Apple CEO Tim Cook said the company would never do. But to consumers the connection to the popular iOS devices is apparent – just look at the colours. 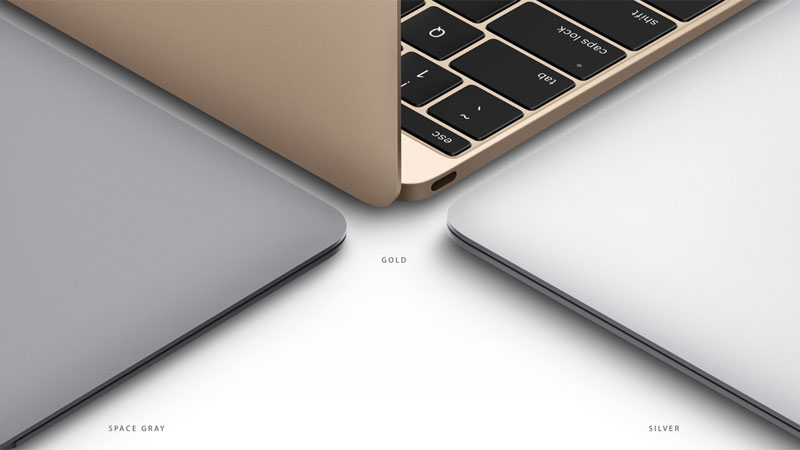 Of course the new MacBooks have their haters, as all new Apple products do. Top of the complainer’s list is the fact that the MacBook only has one port. You know what else only has one port? The iPad (and the iPhone). Not that everyone is satisfied with the one port on the iPad – over the years there have been plenty of calls for Apple to add a USB port to the device to sit alongside the Lightning port. But does it really matter? For most people the extra port would be overkill, what could you possibly want to plug into the iPad that you can’t plug in via the lightning port? In the case of the MacBook there is slightly more weight to the argument that this Mac needs more ports. (Read our comparison review of the MacBook Air and the MacBook.)

How on earth are you going to charge it at the same time as you back it up to an external hard drive! Apple must be crazy! Not necessarily. Firstly how many people use their iPad while it is charging? We imagine that people will use their MacBook while it is plugged in charging because that it what we do right now, but is that really a realistic scenario for the future? I’ll go out on a limb here and suggest that people need to charge their laptops less. I once had an old MacBook on my desk at work and it was always plugged in, as tends to be the case when you use a laptop as a desktop machine, and you know what, the battery died. The Mac would only work when it was plugged in. People need to stop doing that and by having only one port that has to be used for charging as well as other peripherals Apple is forcing people to adopt that way of working.

As for the ‘how can I back up to my external hard drive’ issue. Isn’t it about time you started backing up to a network attached storage device? Backing up your Mac really is a no brainer when you don’t even need to be plugged in.

This panic about ports reminds me of when the MacBook Air launched and everyone was in shock about the fact that Apple had ditched the Ethernet port, and, the horror, removed the DVD drive. How were we going to manage without an optical drive for music, movies and installing software? That was what everyone was worrying about in 2008 when Apple introduced the MacBook Air. Seven years later and if you are still pining after the CD/DVD drive then you need to join the rest of us in the 21st century. Read: Is it worth buying an Apple USB SuperDrive? 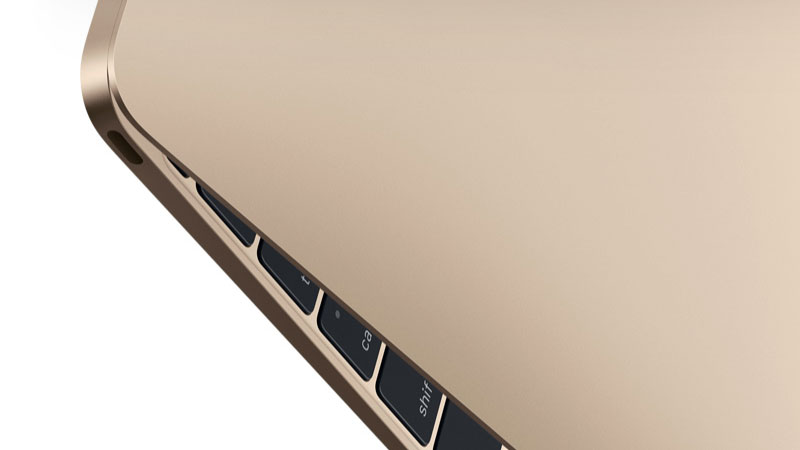 And if you really need more ports there will be plenty of USB-C adaptors that will allow you to extend the number of ports available to you. So people need to stop panicking.

The lack of ports is but one of many criticisms of the MacBook, however. There are also complaints that it is underpowered. The new MacBook comes with either a 1.1GHz or 1.3GHz Intel Core M processor, compared to the 1.6GHz i5 processor in the new MacBook Air this does sound a little weedy. However, it may not be the case that the new MacBook is a slouch; apparently other laptops using the same processor have proven to be surprisingly speedy. Tests by AnandTech suggest that the Lenovo Yoga 2 Pro, which uses the same chip, is a tiny bit faster than the 2014 MacBook Air. So we’re talking about a computer that’s just as powerful as last year’s MacBook Air. That’s plenty fast enough for most users.

That processor also comes with a number of bonus features. Intel has manufactured it using the 14 nanometer process, which means that laptops can be are thinner, lighter, and more power efficient, and because they are so power efficient they don’t need a fan to keep them cool.

So it’s thanks to this processor that the MacBook can be super slim. This is the slimmest MacBook ever – more tiny even than the MacBook Air. It’s also incredibly light, just under 1kg. While this might not be as light as the iPad Air, which weighs 437g, it isn’t bad when you consider that adding an external keyboard to the iPad Air would boost the weight to about the same as the MacBook. 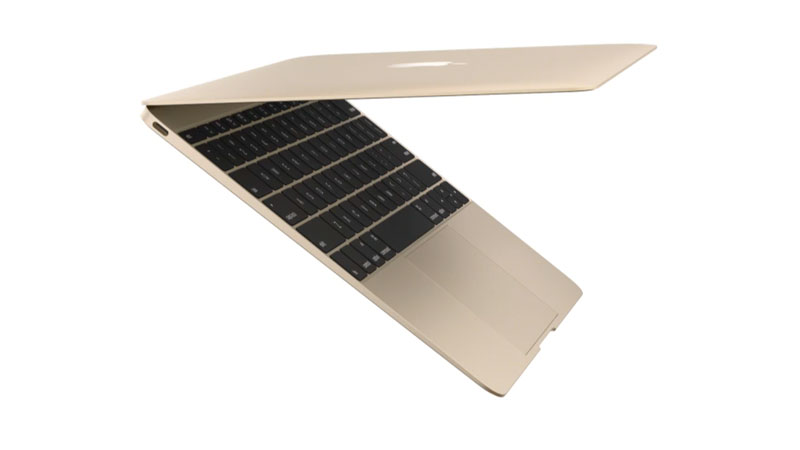 It’s hard to find fault with the design, it really is gorgeous, but that’s not stopped some people complaining that nobody in their right mind will pay £1,049 for a Mac that is less powerful and more expensive than the MacBook Air (reviewed here: 2015 MacBook Air 13in review). Even the entry-level 13in MacBook Pro (reviewed here: 2015 MacBook Pro 13in review) is cheaper (£999) and considerably more powerful (2.7GHz). The point is that not everyone needs power from their computer. If all you do is write emails and surf the web then a MacBook Pro will be overkill. Sure you could save money and buy a MacBook Air for £749, but why not splurge and get the latest, most attractive, bit of Apple kit? That’s what some people will do.

For the rest of us, expect that the price of the MacBook will come down over the generations that follow, just as it did with the MacBook Air. When the Air first launched in 2008 it cost £1,199, and of course everyone at the time thought that was too expensive. But just a few years later the MacBook Air became Apple’s most popular Mac, and probably the reason why while the rest of the PC industry is faltering, Apple continues to grow marketshare. Expect more of the same from the MacBook, but this time, everything Apple will be applying everything it has learned from the iPad and iPhone to the MacBook to ensure that it can continue to be relevant in an age where most of our interaction with technology is via our iPhones rather than a computer – except, of course, the iPhone, iPad, Mac, and even the Apple Watch, are computers.

And: Complete guide to ports on Macs, iPhones and iPads