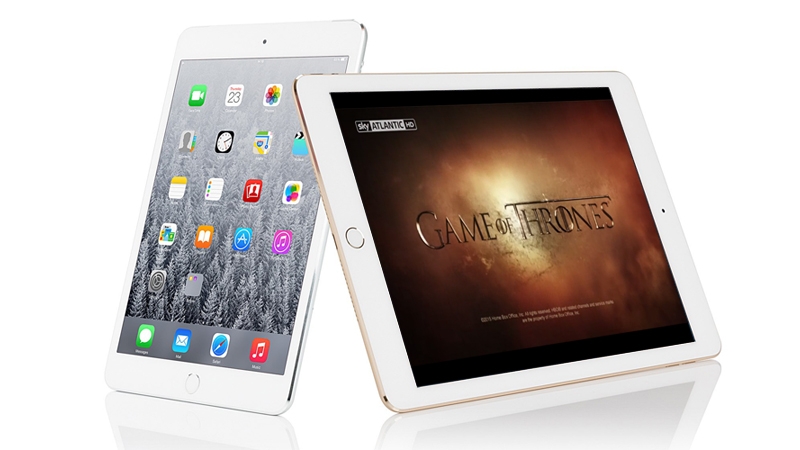 How can I watch Game of Thrones season 6 on my iPad? I won’t be near a TV tonight, and I don’t want to wait any longer in case I hear spoilers!

Season 6 of Game of Thrones starts on UK TV tonight, 24th April 2016. (Well, technically tomorrow morning: Sky Atlantic show it at 2am on the morning of Monday 25th April, with a repeat at 9pm on Monday night.) Most of us will therefore be glued to our TVs at either 2am or 9pm to see what wacky antics* Tyrion Lannister and the rest of the Game of Thrones gang have got up to. But not everyone will be home at the critical moment. How can Thrones fans watch series 6 on the go? What apps are needed to watch Game of Thrones on an iPad or iPhone?

Don’t worry. We’re here to help, with simple advice about how to watch the new series of Game of Thrones on two free and legal iPad/iPhone apps (the app you use will depend on whether you have a Sky subscription or not). For those who are too late to catch the first episode of Season 6, we’ve got advice on catchup options, too, and ways to binge-watch earlier series and episodes of Game of Thrones on your iOS device.

There are also illegal methods of downloading and watching the series as well, of course, but we don’t intend to promote those here. We also won’t be posting any spoilers about the upcoming series, partly because we haven’t watched it yet.

*Wacky antics include but are not limited to nudity, swearing and the plunging of daggers into people’s eye sockets. Viewer discretion is advised.

Watch Game of Thrones season 6 on iPad/iPhone: Use the free Sky Go app

The official option for Sky subscribers, Sky Go is a free app for both iPad and iPhone (and various other lesser devices, too). Download the app if you haven’t already, then log in with your usual Sky ID and password. (Forgotten one of these? Visit Sky’s help site.)

You can also download episodes, if you’re a Sky Go Extra customer, and there are box sets of previous Game of Thrones series: tap the Sky Box Sets option along the top and then find Game of Thrones. Last time around there were some ‘making of’ documentaries as well, but there’s no sign of those this time. And we assume the first and subsequent episodes of Season 6 will appear in the Catch Up section after tonight’s showing, but obviously it isn’t there yet.

View the Sky Go app on the App Store 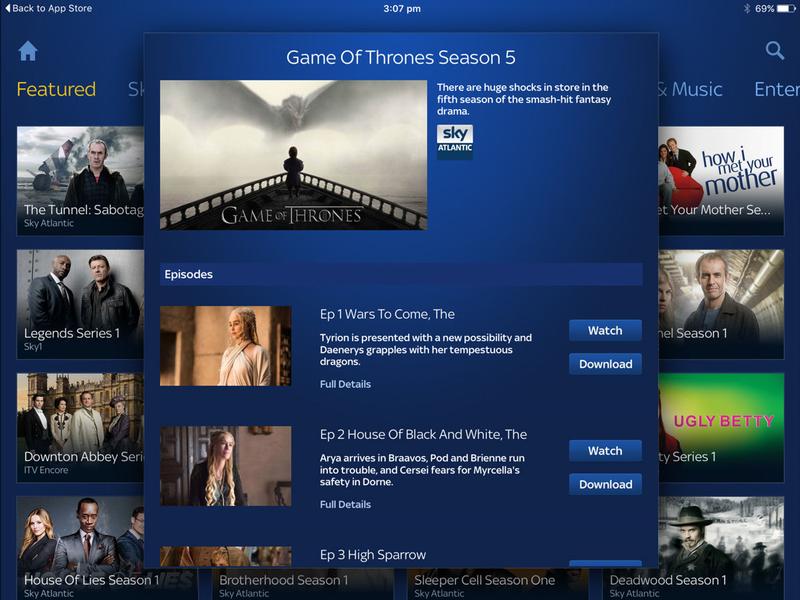 Watch Game of Thrones season 6 on iPad/iPhone: Use the free Now TV app

And here’s the official option if you’re not a Sky subscriber. Now TV is a contract-free service that lets you pay for your choice of cable/satellite TV package on a month-by-month basis. (There are 10 episodes in the sixth series of Game of Thrones, so two or three months would cover it.)

The Entertainment package includes Sky Atlantic (and 12 other channels, including the Disney Channel, Comedy Central and MTV) and costs £6.99 a month, or £13.99 for three months. That’s the one to go for.

Once you’ve signed up for the service, download the iOS app and get watching.

View the Now TV app on the App Store

How to watch whatever you want on the Apple TV