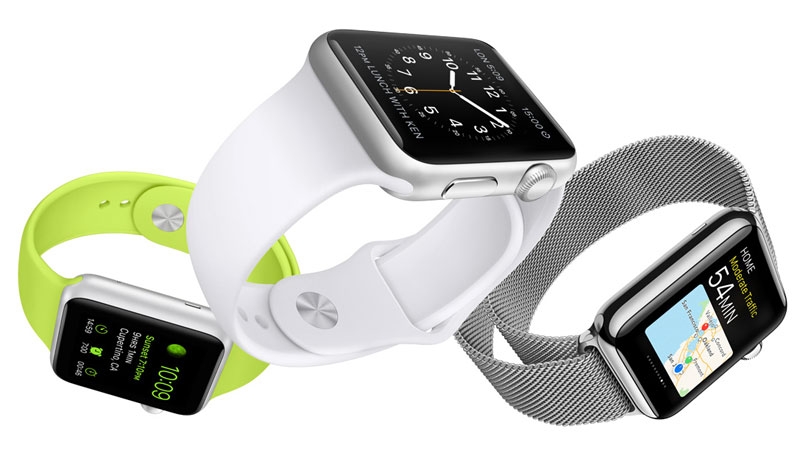 The Apple Watch has caused a level of excitement that I haven’t seen anywhere else in the wearable tech industry. Is it because of Apple’s marketing techniques? The company did after all spend $38 million on advertising the Apple Watch in a single month, which compared to the $44 million that Apple has spent advertising the iPhone 6 and 6 Plus over the last five months seems excessive.

Of course, such a large amount invested in advertising should, and did, result in huge interest in the Apple Watch – which, in a way, is the downfall of its launch.

Apple announced days before the pre-orders went live that customers wouldn’t be able to queue up outside Apple Stores all around the world, something of a tradition for Apple fan boys (myself included).

Launch day queues are part of the experience of buying an Apple device – it’s very rare that a company gets that kind of attention on a product launch day. I’ve participated in launch day queues for the iPhone 4S, iPhone 5S and iPhone 6. The 4S launch was a great experience, with Apple staff bringing free Krispy Kreme donuts and Costa coffee to anyone in the queue that wanted it. It was filled with likeminded tech enthusiasts that would excitedly discuss the device we were all queuing up for.

But, by the time the iPhone 6 was launched, something had changed. The Apple fan boys had been replaced with people buying iPhones with the sole purpose of selling them on for extortionate prices online or, perhaps, on the black market in China and other countries. The mood had changed; with reports of people in UK launch day queues literally fighting for their place in the queue, Apple had to rethink the launch day process. Bye-bye launch day queues.

See also: How to answer a call on Apple Watch

It was on April 10, the day that Apple Watch pre-orders went live that the true scale of the interest in the Apple Watch was displayed. With previous releases, a portion of customers would hold off pre-ordering online to queue instead – but this time it was all hands on deck, around the world, at the same time.

I was one of many people patiently waiting for Apple’s pre-orders to go live at 8:01am, and as soon as the site went live, I was ready. But, by the time I’d tapped on “Pre-order” for the 42mm Space Grey Apple Watch Sport, the 24 April delivery date had already slipped to between 24 April and 8 May. What? It had been literally around 20 seconds since the site went live.

By the time I pre-ordered mine, a process that took around a minute, the shipping time had slipped again, this time to between 12 May and 26 May. To say I was disappointed was an understatement, and it was an emotion shared by others on social media. It got further and further away until the delivery estimate had been pushed back to the summer. Summer delivery for a device launching in April? Whoops. Something hasn’t gone to plan.

When has Apple ever had a launch like this one? Sure, stock is usually limited around launch but there are still a significant number of people that get their hands on the product on day one. Even Apple acknowledges that there will only be a small number of people that get the Apple Watch on the 24 April, removing the date from the Apple Watch website and replacing it with the tag line “the Watch is coming”.

Apple has offered try on sessions at the Apple Store, which I attended only to be greeted with demo Apple Watches. You can’t interact with it on your wrist, just watch a few demos and get a feel for the haptic feedback that it generates. There was one unit that you could interact with, but it was attached to a hefty display case and without being able to run anything that required an internet connection, it was a disappointing experience. It’s interesting that Apple are using dummy units in store – are stock levels that bad?

The real question is what should Apple do now? How can it take the lesson of the Apple Watch launch and learn from it? I think the main point for Apple to take on board is not to announce a launch date for a product that is in ridiculously short supply. Wouldn’t it be a much better experience if Apple announced products, then started shipping the next day? If not, then at least allocate a level of stock to each country and stagger pre-orders, launching at 12am local time and not at the same time around the world. That’s the future of Apple that I’m waiting for, and a way to move on from the shocking Apple Watch launch.