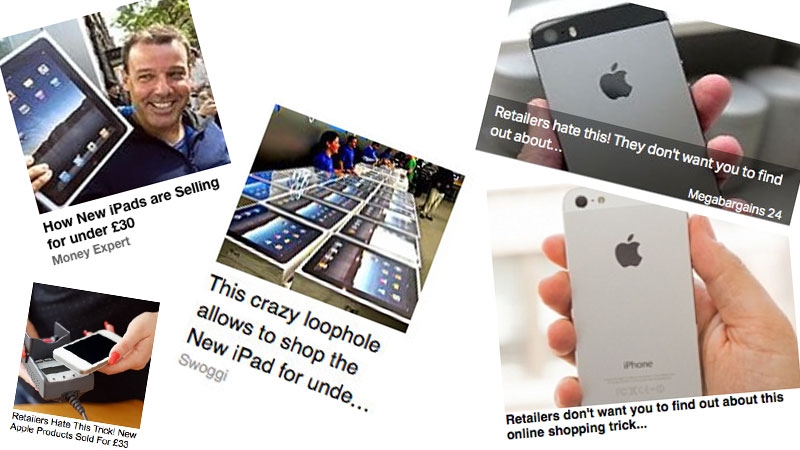 Is it actually possible to win a ‘free iPhone’ or a ‘free iPad’, as promised by the adverts you’ll have seen online? Er, not really – although there are occasionally exceptions, as we will explain.

This article is your guide to avoiding ‘free iPhone’ scams, including a couple of particular scams we’ve spotted and which you will want to avoid.

For related advice, see How to spot the iOS ‘Crash Report’ scam.

Back in September 2015, a few (slightly less tech-savvy) friends of our started noticing – and initially taking at face value – an online article, seemingly from a shopping subsection of the reputable news source CNN, reporting on a startling offer: an iPhone 6 for just £1.

This is a pretty good example of the ‘free iPhone’ class of scam (even though in this instance, presumably to make the offer more plausible, there is a nominal fee), and will make a good starting point for this article. 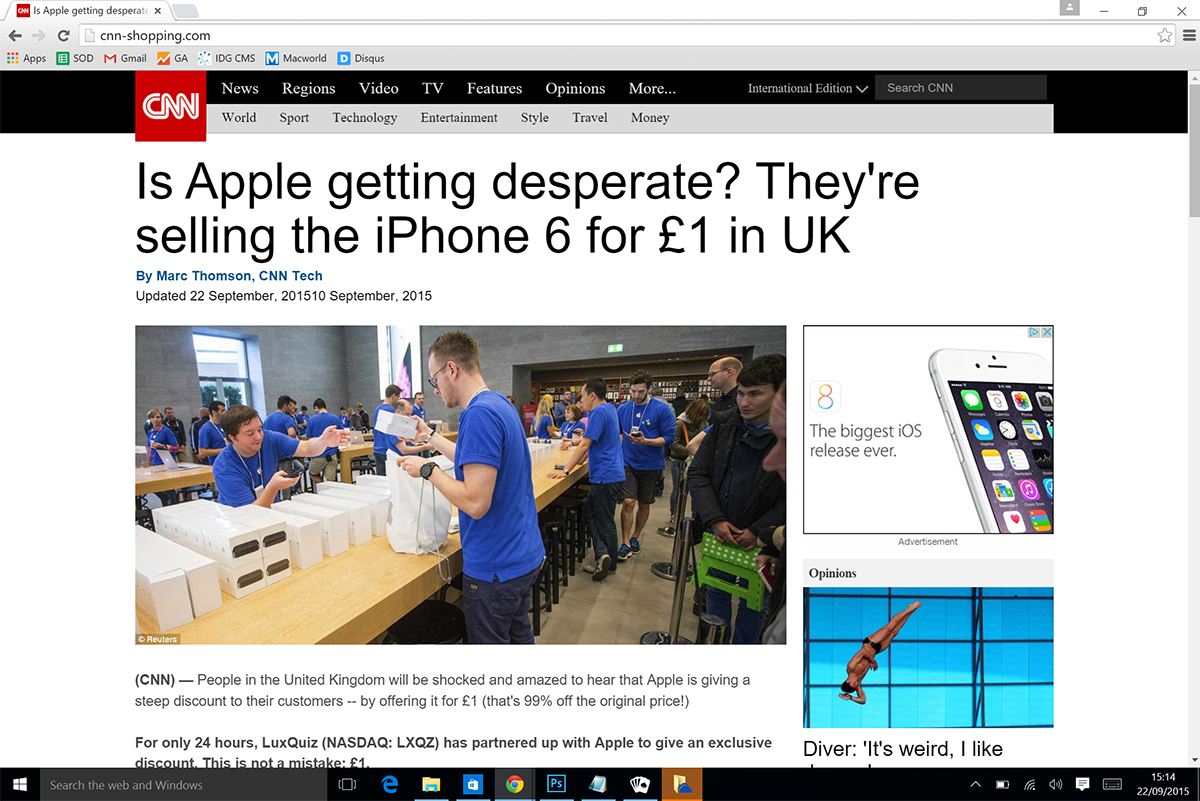 Clues that something is wrong

The URL was cnn-shopping.com – a different domain to the news site, and your first clue that something is up.

(On some browsers, the domain-name part of the URL is the only bit that’s shown, which can help to hide this.)

Other parts of the page gave clues that the scammers were a little out of date. The ‘advert’ on the right refers to iOS 8 rather than the then-current 9, and the offer itself is for the iPhone 6 rather than the 6s or 6s Plus.

Needless to say, none of the ‘proof’ that that the offer is legit (the testimonials from satisfied customers, the photo of an unboxed iPhone) are anything of the sort. And as a kicker, as telapost.com has pointed out, the domain name was only registered this month.

If you click on one of the links on the page (even the sidebar story about an eagle destroying a drone!), you’ll be taken to a page that asks for your credit-card details. And we strongly advise you to steer clear of this offer. As we will repeat several times in this article, if it sounds too good to be true, it probably is.

If you see a free iPad offer on Facebook it is almost certainly a scam. Back in 2010 security firm Sophos reported on its Naked Security blog that this was a scam, explaining: “The rogue app instantly posts a message to your Facebook wall, in your name, encouraging your friends to also click for a chance to win an iPad mini.”

Rogue Facebook applications can be used to scoop up your personal information, and spread spam and scams rapidly across the social network.

“If you mistakenly installed a rogue app, remove the messages from your timeline, revoke the app’s publishing rights and report it as spam to Facebook, and ensure that you have revoked its access to your account,” said Sophos.

The original scam pretended to be from Apple (note that Apple doesn’t ever give away its products). More recently we’ve seen the same offer from companies like Megabargains or iPadz, although the names of the companies change quickly.

These are almost certainly the same scam. Facebook rules state that companies can’t run competitions in return for likes or sharing – so if you see such a competition, you can be sure that it is not legitimate. The Facebook scam is now so prevalent that we wouldn’t advise entering any competition to win anything on Facebook at all.

‘Loopholes’ that mean you can get a free iPad

You’ll see links to stories around the web claiming that there is a loophole that retailers don’t want you to know about that means you can get an iPad for free.

These stories tend to direct readers to a bidding system suggesting that they can bid money for an iPad, and get their hands on the iPad they bid for. 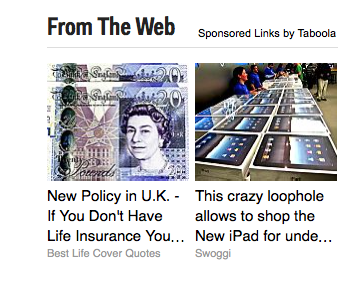 For example, a Megabargains story suggests readers use the MadBid auction site. However, a forum post on MoneySavingExpert suggests that Madbid will take your money: charging you for bid packages. One post complains that the site started bidding on their behalf without their knowledge.

There is also an auction site called Swoggi that other ‘free iPad’ stories will promote. To use that auction site you have to purchase credits to bid in an auction.

A quick look on MoneySavingExpert suggests that people are buying credits from Swoggi to bid in the auctions and then when they don’t win the product they are unable to get their money back.

These sites are said to use BidRobots, or fake bots, to drive up the prices. 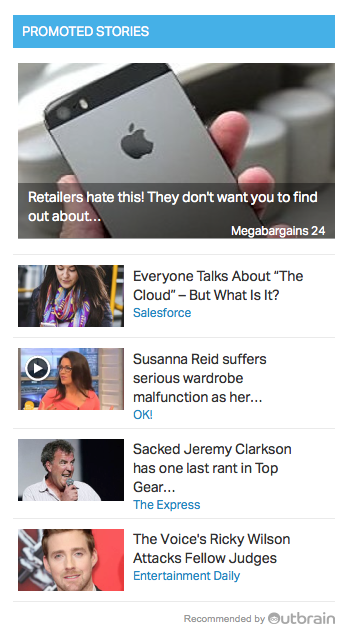 Another type of free offer is one people refer to as ‘data capture’. The data is your information: phone number, address, email, age, hobbies, interests. That is worth a surprisingly large amount of money to companies.

Lots of companies offer a free iPad in return for data. We say ‘offer’ but we don’t believe many, if any, of them ever deliver. All you do with these links is fill out endless forms of personal information and are then encouraged to get your friends and family to offer their own information.

You give away your personal data all the time, so you might think it’s worth a shot. But we don’t think you’ll get an iPad this way. We don’t recommend filling out endless forms randomly in the hope that an iPad will one day appear.

The other approach is to enter a phone-in competition where you have to dial a number. These phone calls can be quite expensive, so we’d advise you to avoid phoning in to win a prize.

First of all, it is possible to win a free iPad, or a free iPhone. We know this because we’ve run countless competitions and given away everything from MacBook Airs to iPads. We have personally posted the winning items, so yes: those competitions are legitimate.

Typically we run these competitions along with another company looking to get exposure for its smaller product. Say it has an Apple iWidget to sell that nobody has heard of. The iWidget is worth around £30 and they want to draw attention to it. The thing is that nobody has heard of iWidget, so the competition will remain very small. So they give away 10 iPads and 10 Apple iWidgets instead. Suddenly they get lots of exposure, and hopefully some people will buy an iWidget if they really want one.

So these are the type of competitions where you really can win a free iPad, iPhone or Apple Watch. They are often run by websites and magazines and are always free to enter. Sometimes the entry numbers are lower than you think, and if you keep entering you’ll be lucky eventually.

But you’re relying on the luck of the draw. You aren’t guaranteed a free iPad. 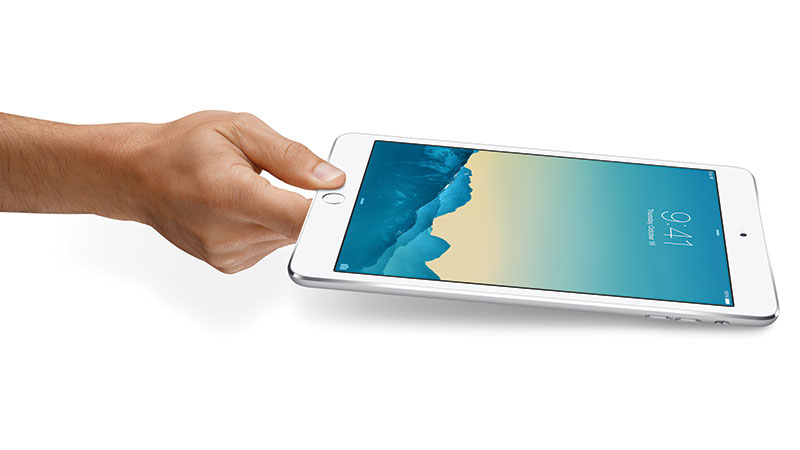 How to tell if a ‘free iPhone’ competition is legitimate

On the internet it’s hard to tell which iPad competitions are legitimate and which are a scam. If you see a brand you know, and trust, such as Macworld, then you can be pretty sure the competition is on the level.

Sites like HotUkDeals.com have a Computers Competition section that have crowd-sourced (and hopefully checked) competitions.

How to work for a free iPhone or iPad

Nobody is going to give you an iPad for free. What you are always doing is trading something: personal data or your time in return for an iPad.

If you actually want an iPad (or any Apple product) and have spare time on your hands then consider something like Amazon’s Mechanical Turk program. This enables you to earn small amounts of cash or Amazon credit for performing micro tasks that can only be performed by humans (typically they are writing or design tasks). The amount you get paid isn’t huge, but it soon racks up and can be done in small bursts. It’ll probably take less time to earn a free iPad this way than by filling out competition forms or endless data-capture surveys.