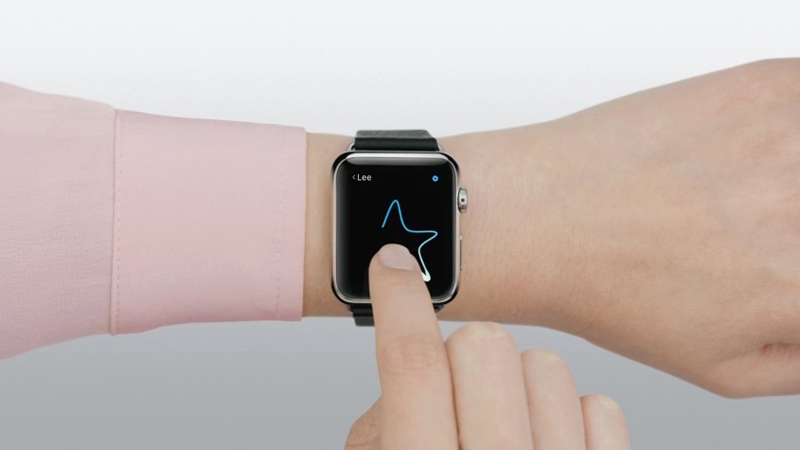 For a lucky few, the Apple Watch is now here: apparently around 20% of those Watches ordered on 10 April have now been delivered. For those who are still waiting for deliverary, pre-order delivery dates stretch out to the Summer. With Apple Watches few and far betweem, even if you have a watch you are probably still unable to test out one of its key features – Digital Touch.

If you are lucky enough to have an Apple Watch, and know some one else who also has one, here’s how to use Digital Touch.

How to send a Digital Touch on the Apple Watch 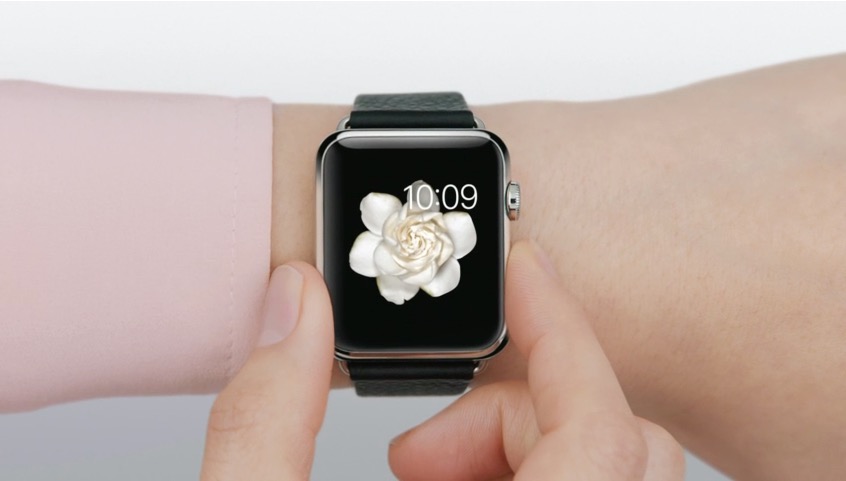 Read: How to make your Apple Watch battery last longer

From any Apple Watch menu, you can press the side button (underneath the Digital Crown) to go to ‘Friends’, where you can quickly view and contact the people you speak to most. If you want to add or remove friends from this list, it can be done via the Apple Watch app on your iPhone.

By using the Digital Crown, you can browse through your contacts and select the one that you want to connect with. 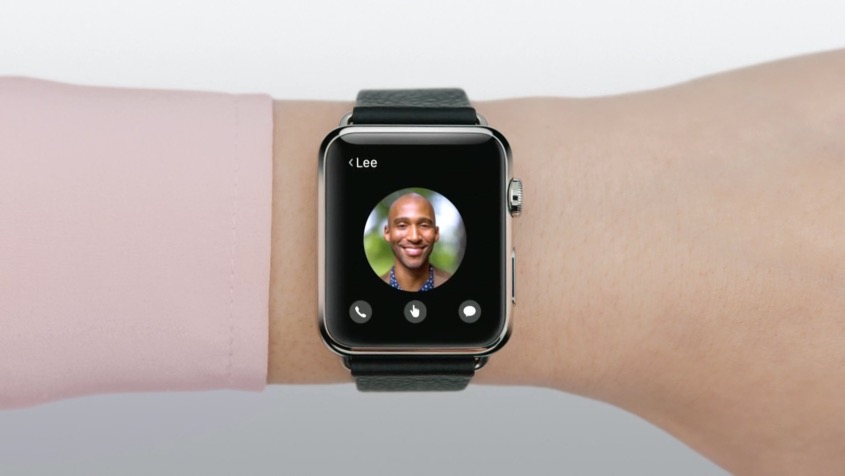 A new menu will open, displaying the contacts photo and a series of icons underneath. Tap the phone icon on the left to call them or tap the message icon on the right hand side to send them a message. If they have an Apple Watch, you’ll see a third, central icon – Digital Touch.

Once you tap on the Digital Touch icon, you’re presented with a largely black screen. Here’s where you get to be creative, with the option of not one but three different types of Digital Touch. 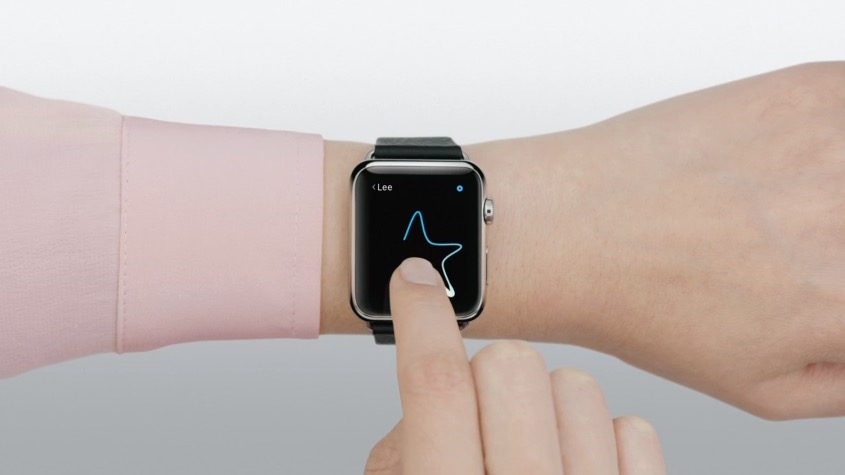 The first way to communicate via Digital Touch is to draw a picture on your Apple Watch screen. Your drawing will animate and disappear after a few seconds of inactivity, which is then sent to your friend. When your friend opens your Digital Touch, your drawing will be drawn on their screen in the same way that you drew it – a small but personal touch. 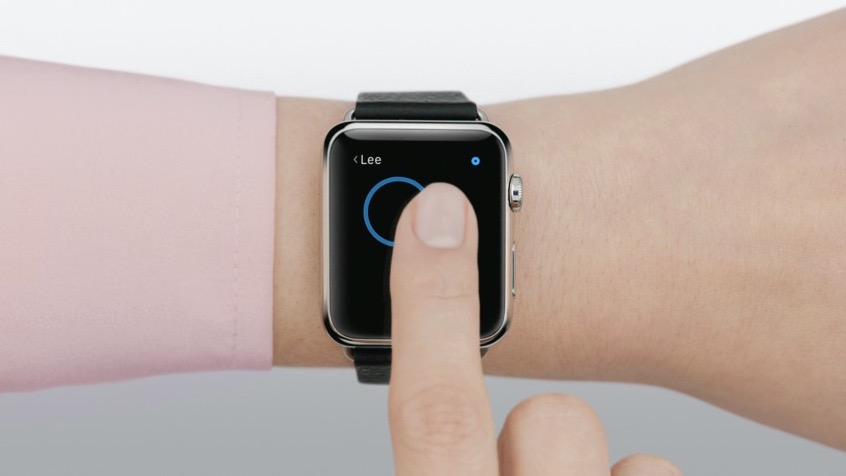 The second way to communicate via Digital Touch is to tap them on the wrist. To do this, simply tap a pattern on the screen. Your tap pattern will then be sent to your friend, and they’ll feel it on their wrist thanks to the Taptic Engine built into the Apple Watch. Taps can be a simple way to discreetly communicate – three taps could be code for “want to get some lunch?”. 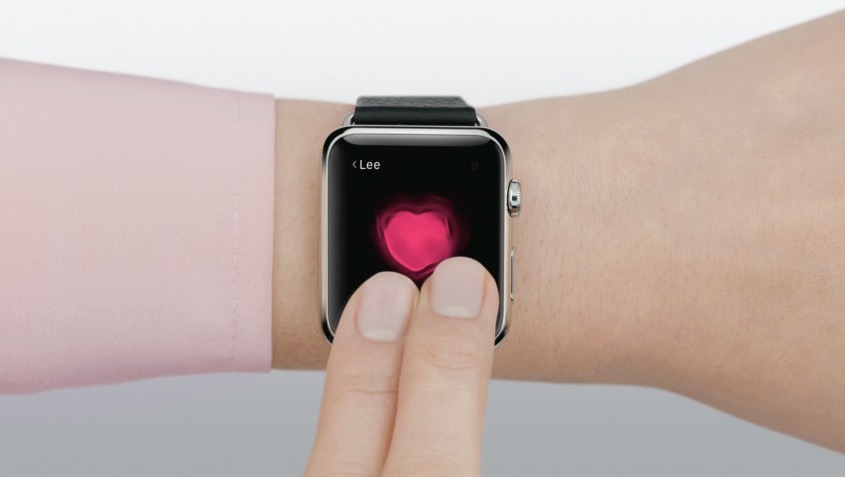 The third, and possibly the most intimate of the three options, is to send your friend your heart beat using the Apple Watch’s heart rate sensor. To initiate this, simply place two fingers on the screen of the Apple Watch – you’ll know that its worked thanks to the visual heart rate feedback on screen, which pulses in time with your heart rate. This is then sent to your friend, which again, they feel on their wrist and see on their screen.

In our testing we found that if we missed a Digital Touch message from a friend because we were unable to lift our wrist to see it at the time, we were able to tap on an arrow icon on the top right of their listing and view the different messages they had sent. Once we had viewed them they vanished never to be seen again.

For more, visit our complete guide to Apple Watch.