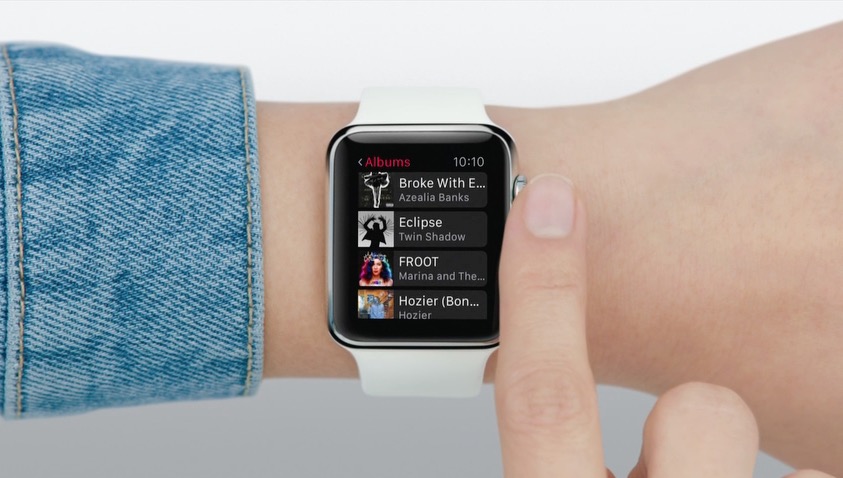 Welcome to our guide to playing music on the Apple Watch. These methods apply equally to all models of the watch, with one exception: streaming Apple Music over an independent 4G connection is possible only with the cellular-equipped Apple Watch Series 3.

The Apple Watch comes with the ability to remotely control your iPhone’s music, so you can wave goodbye to the days of fumbling around for your mobile on your morning commute just to change the song. You can also add music directly to your Apple Watch so you won’t need your iPhone connected to listen – and if you’ve got a cellular-capable Apple Watch Series 3, you can even stream your favourite songs directly from Apple Music.

In this article, we explain how to navigate the Music app as well as how to add your music directly to the Apple Watch.

How to open the Music app 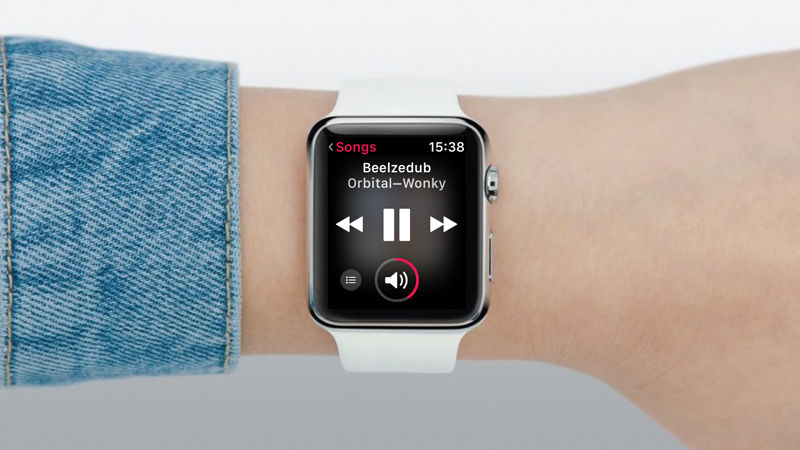 There are two ways to access the Music app on the Apple Watch. First, as with any other Apple Watch app, you can go to the home screen by pressing the Digital Crown, and then tapping the Music icon to open the app. Alternatively, if you’re already listening to music then you can quickly access the music controls via Glances by swiping up on the watch face screen.

If you want to play a new track but don’t want to search for it on the Music app, you can use Siri to find it and play it for you – simply activate Siri and ask to play the song of your choosing. 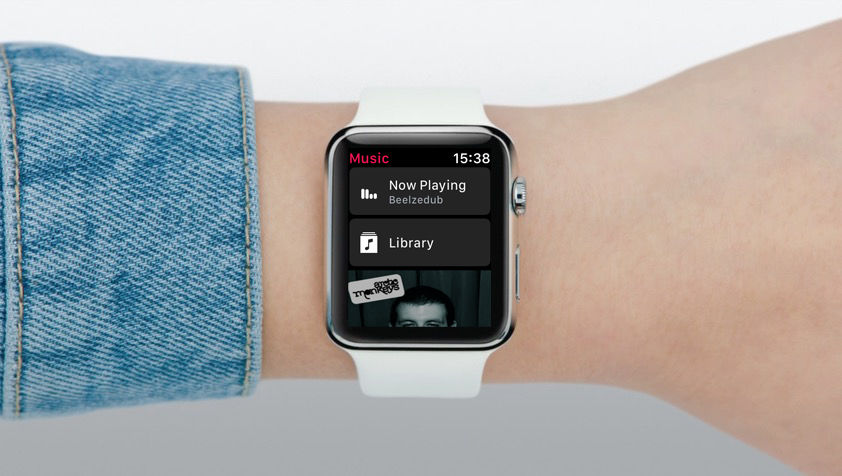 How to pick a track

If you want to browse your music selection, simply tap the button in the top left hand corner of the Now Playing screen – this may say Songs, or the name of the artist, or something similar – it depends how you navigated to the song currently playing.

By navigating back through earlier menus you will be able to make a selection from either Playlists, Artists, Albums or Songs by using the Digital Crown and tapping on your choice.

If you’re on the earliest menu – the one with a Now Playing button at the top and Library below – you’ll see the top of a piece of album artwork at the bottom. Scroll up with the Digital Crown and you’ll be able to cycle through your albums graphically.

(By the way, if you don’t want Now Playing to launch automatically when you play music on your iPhone, here’s how to turn it off.) 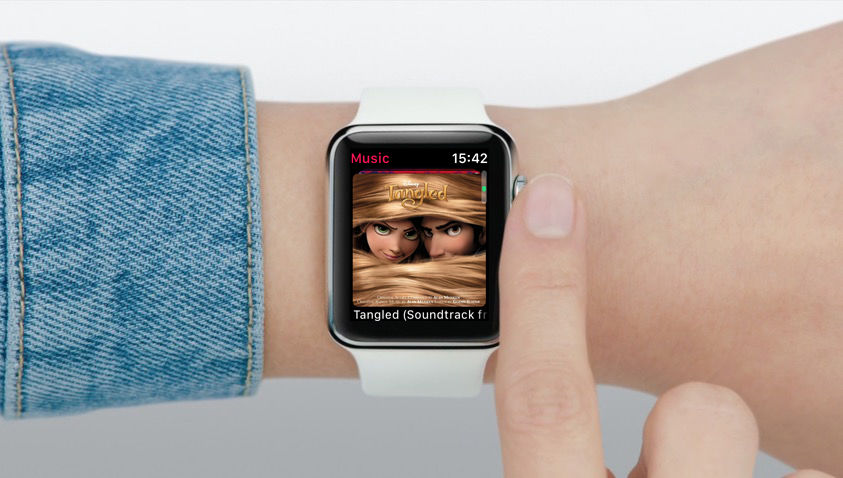 How to load music on to your Apple Watch 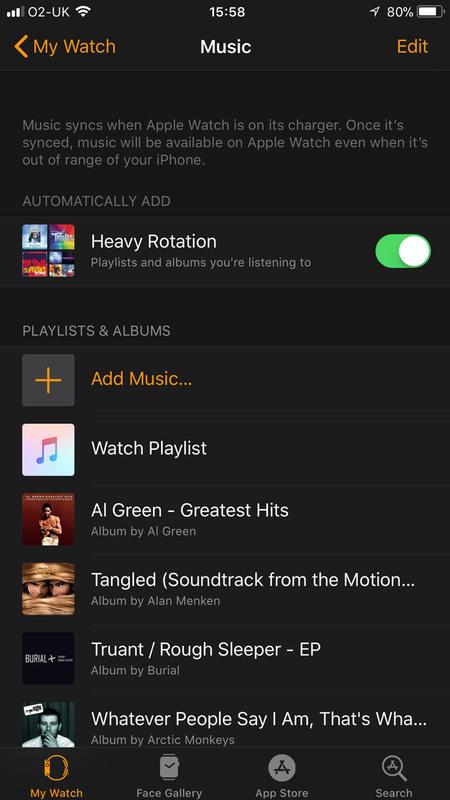 Once you’ve opened the Apple Watch app, tap ‘Music’ and then tap Add Music to select the songs or playlist you’d like to store on your Apple Watch.

Note the Heavy Rotation button at the top. This is a new and in our view brilliant option that automatically adds playlists and albums that you listen to a lot.

How to play songs through Bluetooth headphones or speakers

It’s important to remember that Apple Watches cannot play music through their own speakers: we don’t know why not, but the quality would have been terrible and it’s a kindness to your fellow bus passengers, so let’s not complain. Instead, you direct the music to a pair of Bluetooth headphones, or to a wireless speaker.

First, pair with the wireless device. Open the Settings app on your watch and put the headphones or speaker into discovery mode if necessary. Select the device and pair with it.

You can force touch (press firmly) on the display of the Apple Watch whenever the Music app is open and tap AirPlay, then select an output source.

The Apple Watch Series 3 adds cellular capabilities to the mix. This has a number of applications, but the one that was highlighted most in the announcement was Apple Music, which can now be streamed via an Apple Watch even if it’s not in range of its companion iPhone.

The Apple Music app has also been updated for watchOS 4, with a redesigned interface.

Read about what you will be able to do with a cellular Apple Watch if you leave your iPhone at home.