Looking to set up a new Apple Watch? You’ve come to the right place. Our quick-start guide for the Apple Watch, which covers new Series 3 and 5 as well as older (discontinued) models and outlines how to set up your smartwatch, charge it up and turn it on, set the right language and other preferences, pair it with an iPhone, download apps and start using it.

The video above walks through the basic setup steps for an Apple Watch, but there is a great deal that cannot be covered on camera. For a more detailed explanation of the setup process, read on. Or, if you’d prefer some in-depth purchasing advice, try our Apple Watch buying guide.

Unbox the Apple Watch and fit the right strap

Open the box and take out all the components: the Apple Watch itself, the strap (which may include a spare piece – see below), the charger and the basic documentation.

How to attach the strap

If you bought an Apple Watch with a Sport Band, you’ll find that it comes with three pieces, not the expected two. This is because you get two different versions of the bit with the holes: one in small/medium, and another in medium/large.

Try the watch on as it comes, and see if it fits properly. If your wrist is too small or large, swap in the other hole piece from the box. 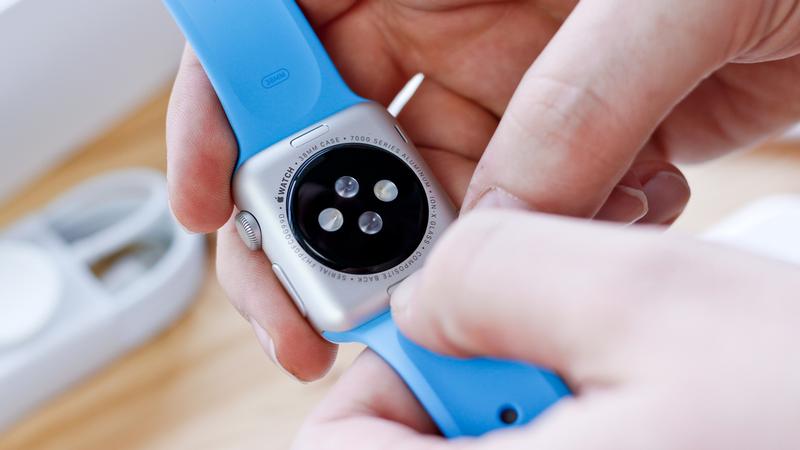 You do this by pressing the button on the Apple Watch body, which allows you to slide out the strap piece. Then slide the new piece in. 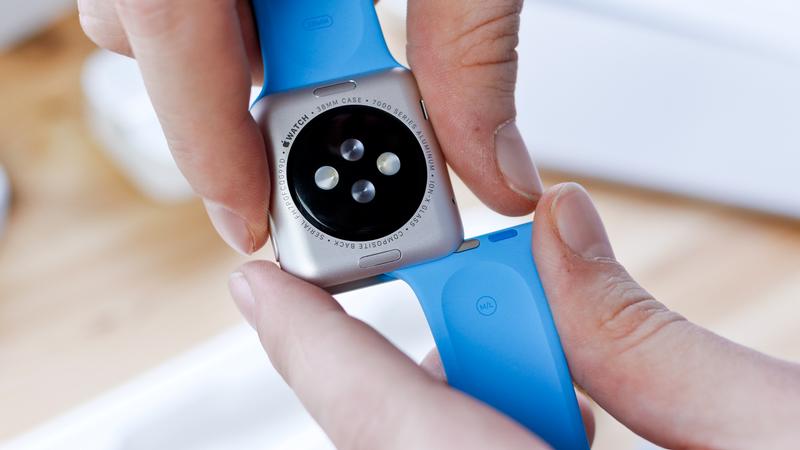 The other side of the strap – the one with the stud that goes in the holes when you fasten the strap on your wrist – is also removable in the same way, which enables you to swap in third-party straps or Apple alternatives. But when adjusting for wrist size it’s only the strap with holes that’s swapped out.

Power on & charge up

The Apple Watch’s side button – next to the Digital Crown dial – is primarily there to give you access to the app dock. Press it and you’ll be able to swipe (or dial) through your most frequently used apps. You can change the apps that appear here by opening the Watch app on the paired iPhone and tapping Dock. 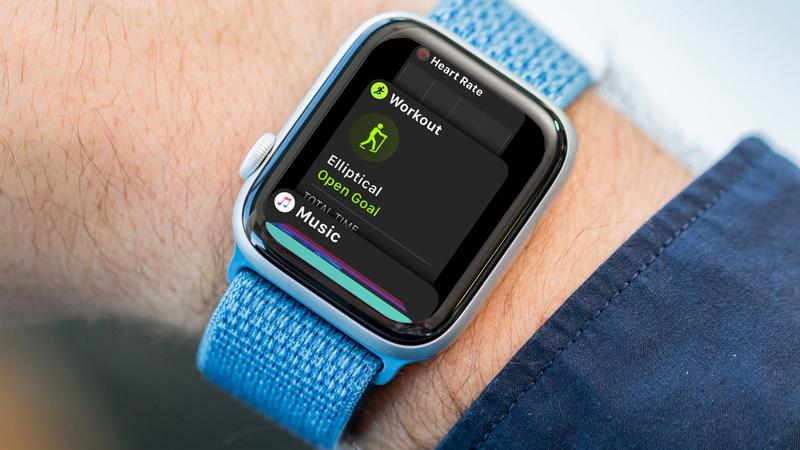 But we’ll use the Side Button’s secondary function: if you press and hold it you can power the Apple Watch on or off. Do this now to wake the watch up. As when waking up an iPhone, you’ll see the Apple logo for a moment or two, before the interface starts up.

Your brand-new Apple Watch should arrive at least partially charged up. But on the off chance that it doesn’t, and so you know how to recharge your wearable in the future, we’ll briefly discuss how to charge up your Apple Watch in the next section.

How to charge up your Apple Watch

Apple Watch charging works via wireless induction. You don’t need to physically plug a charging cable into the device, but the induction has a tiny wireless range so it still needs to be in contact with the charging unit. 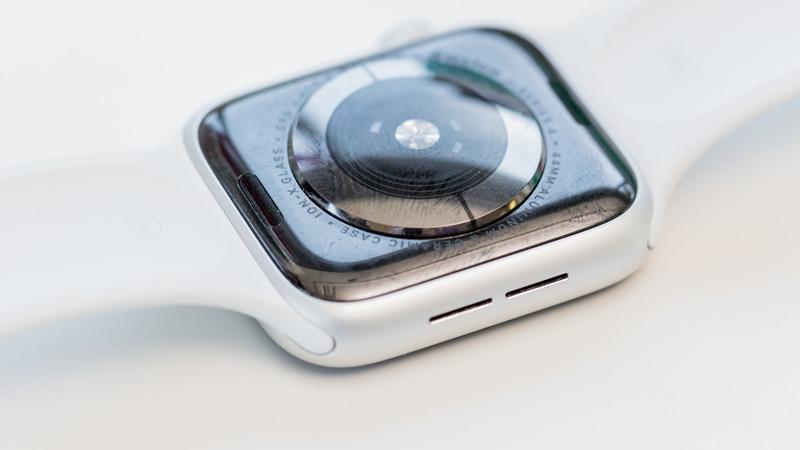 The charger is the small white circular pad; plug it into the mains and then place the Apple Watch on top of the charging unit – it will snap on magnetically if you’ve positioned it correctly. The watch needs to be placed on the slightly curved side of the charger, which hugs its convex underside.

You’ll also be able to tell that things are working correctly because there’s a small beep; an icon appears saying ‘charging’, and then disappears; after this, a lightning bolt icon should appear to indicate that charging has begun. 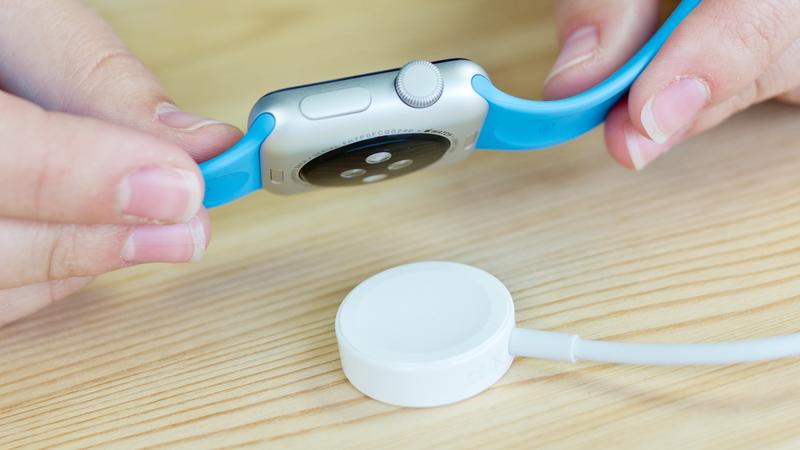 Pair the Apple Watch with an iPhone

The rest of the setup requires the iPhone you plan to use with the Apple Watch.

Open the Watch app on your iPhone (this app was installed as part of the iOS 8.2 update, so if you’re still running an ancient version of iOS you’ll need to update) and you’ll be prompted to switch on Bluetooth if you haven’t done so already. The app will talk you through the next few steps. 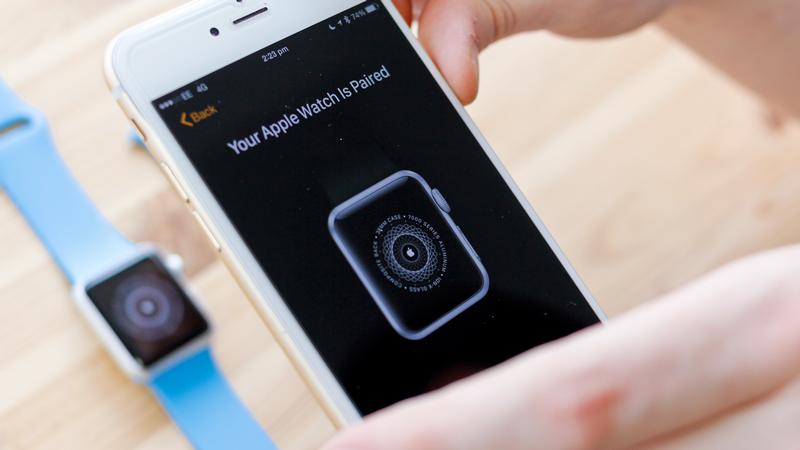 First of all, it will prompt you to line up the screen of the Apple Watch in the crosshairs of the iPhone’s camera as directed. You’ll have noticed that the Apple Watch has automatically detected the presence of a nearby iPhone ready for pairing, and is now showing an abstract image that acts as a sort of QR code for the iPhone camera to pick up.

First of all, you need to tell the app whether you’re going to be wearing the Apple Watch on your left or right wrist. Then you’ll be shown Apple’s terms and conditions, which you’ll need to agree to. Read the document. No, really! Then you’ll be asked to enter the password for the Apple ID used on your iPhone.

Now we need to run through a few optional features and services for your Apple Watch. It’s up to you how you respond to each of these, but we’d agree to most of them.

Do you want to use Location Services on your Apple Watch? This can slightly reduce battery life, but enables apps to adjust their behaviour or offer different options based on your location.

Do you want to use Siri? Apple’s voice assistant may not be your cup of tea but it’s constantly evolving, and we can’t see any downsides to at least having it as an option.

Do you want to automatically send diagnostics back to Apple when there’s a problem? This is the public-spirited thing to do, and will in a small way help Apple to find solutions to bugs and flaws, but you’re not under any obligation to do so.

Set a passcode for the Apple Watch. You can choose between a short passcode – four digits – or a longer passcode that will have to be input on the iPhone every time you want to unlock the watch. If the watch doesn’t think your passcode is very secure (if you pick 1234, for instance) it will warn you of this, but won’t force you to pick something else.

Bear in mind, if a passcode sounds like a faff, that you don’t need to unlock the Apple Watch every time you use it. You unlock it the first time you use it after putting it on, and then as long as it remains on your wrist it’s still unlocked. Generally speaking, you will unlock your Apple Watch just once each day.

Making the unlocking process even less of a hassle, your next choice is whether to have the watch unlock when you unlock your iPhone (which can itself be achieved via a single tap of Touch ID or a glance at Face ID, remember). What this means is that, if both your Apple Watch and your iPhone are locked and you unlock the iPhone, the Apple Watch – provided it’s on your wrist – will unlock too automatically.

We did select the option to install all the relevant apps – and waited a few minutes for it to sync – but oddly enough the apps weren’t ready and waiting for us at the end of the process. We found that we had to open the Watch app on the iPhone, scroll down to the individual app we wanted on the watch, tap on it and then select ‘Show on Apple Watch’, so keep that in mind if you can’t find your favourite apps post-setup.

How to install apps that aren’t on your iPhone

In future, if there are any apps you want to use on the Apple Watch you’ll need to install them on the iPhone first (when browsing the App Store, check the descriptions to see if they have a corresponding version for the watch). Then you can go into the Watch app on the iPhone, scroll down to the app you’ve just installed, and choose ‘Show on Apple Watch’. You can also decide whether it should show up in your glances.

That’s pretty much it. The iPhone will ‘warn’ you, as per Apple’s custom, that a new device is using your Apple ID. Acknowledge this warning, and the app will tell you that the setup process is complete.

How to unpair the Watch

On the next screen, you’ll be given the option to unpair the watch. 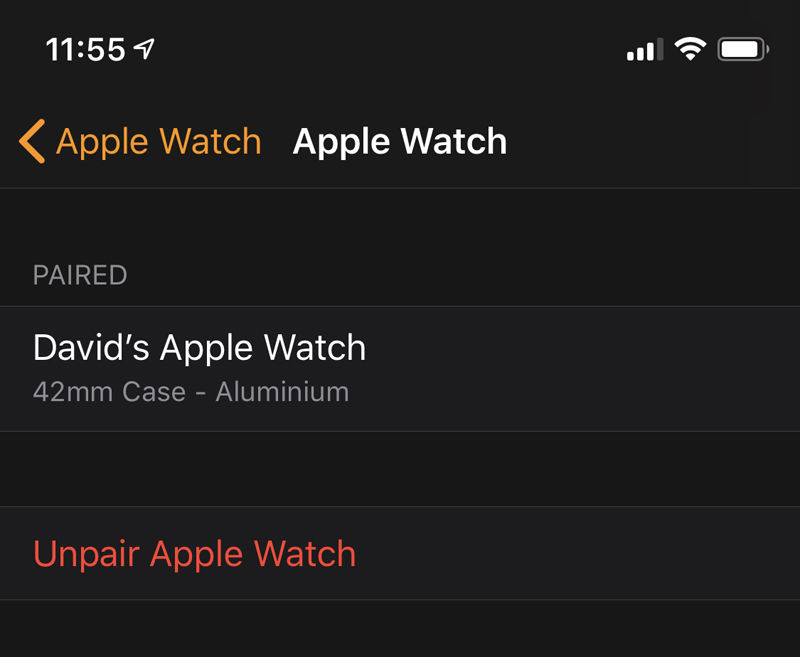 You’re good to go now, but there are a few functions that your Apple Watch won’t be able to perform until we do a little more work. Let’s start with Activity.

Activity is a pre-installed app and a very popular one at that: plenty of Apple Watch owners, including the author of this article, use it more than any other app. It tracks how much exercise you get each day, counts your steps and how often you stand up, and generally sets targets to improve your overall health. 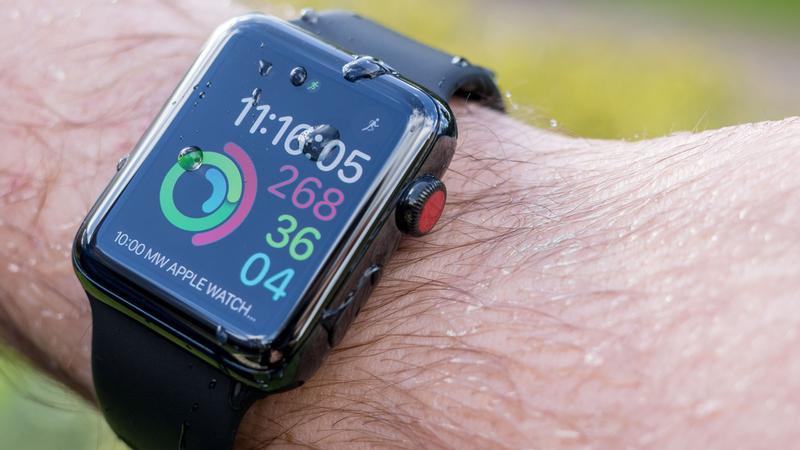 The Apple Watch can display your photos, but it’s not a feature many people consider: even the 44mm Series 4’s screen is rather small for enjoying photos, and the interface doesn’t lend itself to scrolling through extensive photo libraries.

But Photos can make sense on the watch. There’s something appealing about being able to access a few of your favourite pictures on your watch (rather than trying to wade through your entire collection), and while the screen is small, it’s also sharp.

If you want to set this up, open the Watch app on your iPhone and scroll down to Photos (in the third, alphabetically ordered bank of options). Tap Photos and you’ll see an option for PHOTO SYNCING. Tap Synced Album and select the album you want to sync with your Apple Watch.

As we said, the Apple Watch isn’t ideal for navigating large libraries of images, so it may be worth creating a small album specifically for this purpose. And remember that these images will be synced to the watch and stored in its onboard memory so that you can access them even when out of range of the iPhone. So it makes sense to impose a limit on the number of photos that can be synced, just in case your album later gets out of hand.

Open the Photos app on the Apple Watch and you’ll see that it has started syncing – you’ll need to be in Bluetooth range of the iPhone for this to happen. You can swipe between photos or use the Digital Crown to zoom in and out.

And that’s it! You should now be ready to enjoy the range of benefits on offer from the various models of Apple Watch now available to buy around the world.