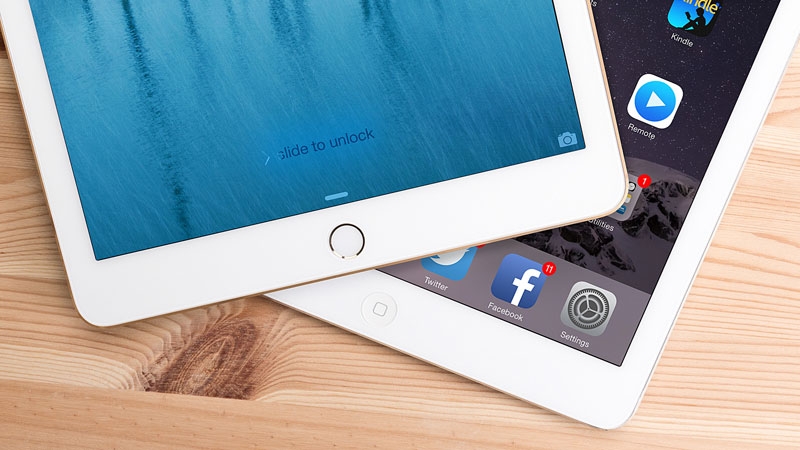 Does the iPad have a future? You might not think it does if you read the opinions of analysts who, having accepted that Apple’s most recent financial results were outstanding, then found fault with the fact that iPad sales are declining, and the company made more money from selling Macs last quarter.

Apple reported another fantastic financial quarter at the end of April (see: Apple Q2 2015 financial results: Record second quarter suffers only from iPad decline), with 61.2 million iPhones sold (beating analyst expectations of 58.1 million). That’s the most iPhones Apple has ever sold in the January-March timeframe and it brings the number of iPhones sold in Apple’s financial year to date (which started in October 2014) to over 135 million. Not bad for six months. Good old iPhone.

Apple also sold 10 million Macs in the past six months – 4.6 million of those in the second quarter that finished in March (that was before the MacBook started shipping). Pretty good.

Apple makes good money from its sales of Macs, better money than it makes from sales of iPads, so although the company has sold 34 million iPads in the six monhts since October, and 12.6 million between January and March, the Mac made more money for Apple than the iPad did this quarter. That news, coupled with the apparent decline in the numbers of iPads being sold – Apple sold 21.4 million iPads last quarter and 16.3 million in Q2 of last year – is leading some analysts to get jittery about how much of a future the iPad has.

Does nobody want an iPad any more?

People aren’t upgrading: From our perspective fears that Apple has only sold 12.6 million iPads in the first three months of 2015 seem a little unreasonable. There have been concerns for some time that growth is slowing because Apple wasn’t selling more and more iPads every quarter in the same way that it sells more and more iPhones. The fundamental difference between the iPad and iPhone, though, is the fact that iPhones tend to be on a 12- or 24-month upgrade cycle. People don’t replace iPads that frequently, in fact many of the original iPads launched back in 2010 are probably still being used, even though they don’t run iOS 8.

People want phablets: There’s another reason why iPad sales are slowing down and that’s the new bigger iPhones. The iPhone 6 and its even bigger sibling the iPhone 6 Plus have taken a chunk of what would have been the market for iPad users – those people who want a bigger screen on their iOS device. The popularity of Phablets – the term used to describe larger screened phones that sit somewhere in-between phones and tablets – has lead to the decline in demand for tablets. In fact, the iPad as a share of Apple’s revenue peaked about three years ago when Apple was still selling a 3.5-inch iPhone. In the years that followed, as phablets increased in popularity, tablet sales have declined across the board.

People are buying Macs instead: There may also be canibilisation from Macs. Apple’s late co-founder Steve Jobs once said that “PCs are going to be like trucks. They are still going to be around, but only one out of x people will need them.” But despite Jobs’ predictions that the PC market would go into decline (and the fact that the rest of the PC market is in decline) Macs continue to defy the trend with increasing sales.

Read: How Apple could one day be the number one PC manufacturer

Even Apple’s Tim Cook admitted that cannibalization of the iPad is the reality, telling analysts in the call relating to Apple’s second quarter financial results: “Have we had cannibalization? The answer is yes. We’re clearly seeing cannibalization from iPhone and, on the other side, from the Mac. Of course, as I’ve said before, we’ve never worried about that. It is what it is. That will play out. At some point it will stabilise. I’m not sure precisely when but I’m pretty confident that it will.”

Does it matter if people aren’t buying millions of iPads?

Does this mean that analysts are right to worry about the iPad? There is an element of fear that all Apple’s eggs are in one basket, with the iPhone accounting for such a large part of Apple’s revenue and profit, but the iPhone isn’t going anywhere, and it doesn’t depend on the success of the iPad to remain popular.

We think that with the slow upgrade cycle, and the fact that iPads tend to live on coffee tables rather than ruck sacks (and are therefore less likely to get damaged) it’s not that people don’t want iPads, they just don’t need a new one yet…

Despite this Apple is working on increasing the market for the iPad. The company has teamed up with IBM to partner in an attempt to make the iPad perfect for enterprise use, and it has also teamed up with IBM in Japan to reach out to senior citizens, providing the elderly there with iPads that come equipped with a suite of apps developed by IBM specifically to the elderly, such as communication tools and health and medical apps. These plans are on the radar for 2020.

There’s also a rumour that Apple is planning to launch an even bigger iPad, the so called iPad Pro (or iPad Plus) and those same analysts who are nervous about the future of the iPad are hopeful that this larger tablet from Apple will prove a hit. While we wonder whether there is really any foundation to this rumour, that we are sure started after someone saw the back panel of the new MacBook, the 12.9-inch iPad claims just keep coming in, with the latest reports suggesting that it will launch in 2016 and will offer Force Touch and a built-in NFC chip along with a USB Type-C port.

Whether all these features are enough to make the iPad a must have item remains to be seen, but with more than 12 million sold in the just gone quarter, it’s not dead yet.

What do you think of the 12in iPad rumour? Would you buy one?