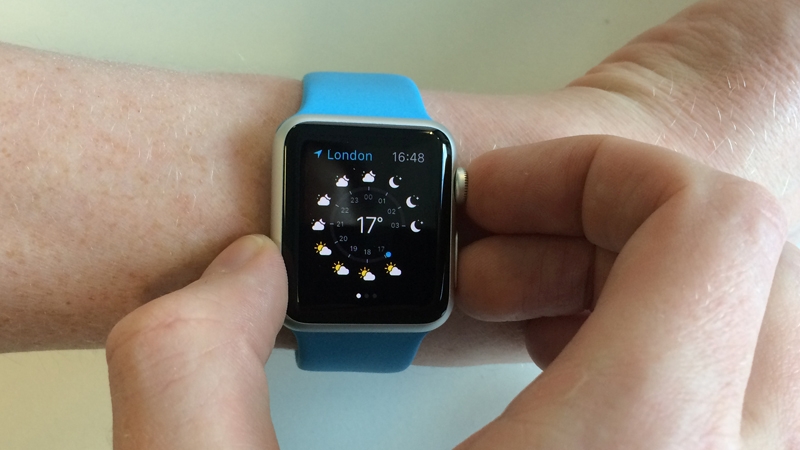 I want to take a screenshot of what’s on my Apple Watch screen. I’ve pressed the two buttons but I can’t find the screenshot on the watch. Do I need to enable screenshots?

Read on for more detail about taking screenshots on Apple Watch.

As of iOS 10 and the accompanying watchOS 3, screenshots are disabled by default on the Apple Watch. This is midly annoying but you only need to re-enable them once and then the Settings will remember your preferences.

Open the Watch app on the paired iPhone. Make sure you’re in the My Watch tab (bottom left). Scroll down a bit and tap General. In the next screen, scroll down to the bottom and tap Enable Screenshots so it turns from black and white to green. If it’s already green, screenshots are already enabled, so you can proceed to the next step. 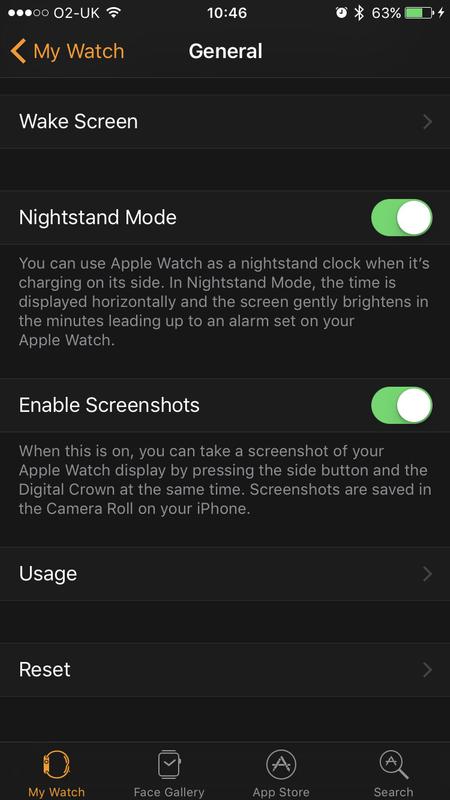 How to take a screenshot on Apple Watch: Take the screenshot

You’ll hear a shutter sound effect, the screen will blink white, and a static image of whatever was on the screen at the time is saved for later sharing and/or editing. 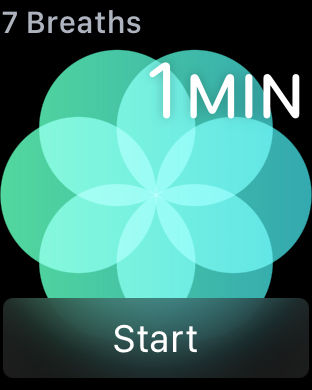 (Apple clearly recognises how important it is for users to be able to grab screenshots from their devices and share them on social media, or send them to knowledgeable friends to seek advice about technical problems.)

How to take a screenshot on Apple Watch: Where has the screenshot gone?

So taking the screenshot itself is easy – but where does the image get saved? If you’ve looked in the Photos app in the Apple Watch you’ll be well aware that it doesn’t appear there, as you might have sensibly expected. Instead, it’s sent to the paired iPhone.

Grab your iPhone and open the Photos app. Your screenshot will be the newest image under the Photos tab. You can now email or message that image to your techie friend (or yourself, if you want to edit it on your Mac, for example). 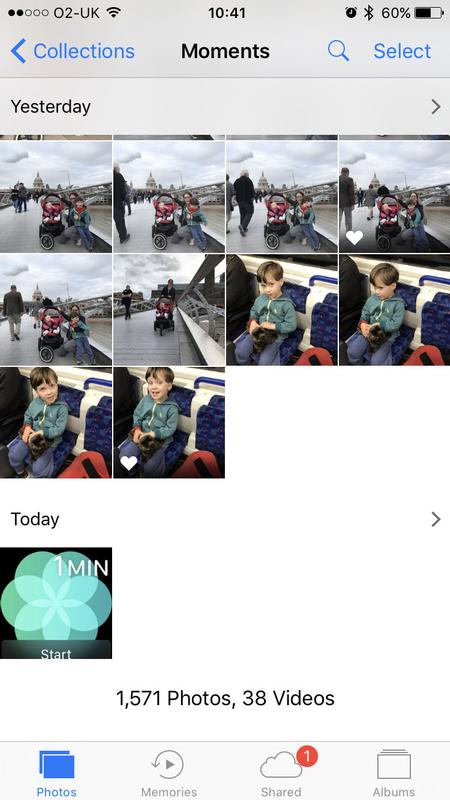 If you decide you’d rather not take screenshots on your Apple Watch, it’s easy to disable them. Open the Watch app on the paired iPhone and, in the My Watch tab (bottom left), tap General, then scroll down and tap Enable Screenshots so it turns back to black and white.

Now, I said that screenshots you take on the Apple Watch won’t appear in its own Photos app, but that’s only the default state of affairs. Open the Apple Watch app on the iPhone and select the Photos section. In here you can choose to sync an album with the Apple Watch, and the images in that album will be viewable on your smartwatch. 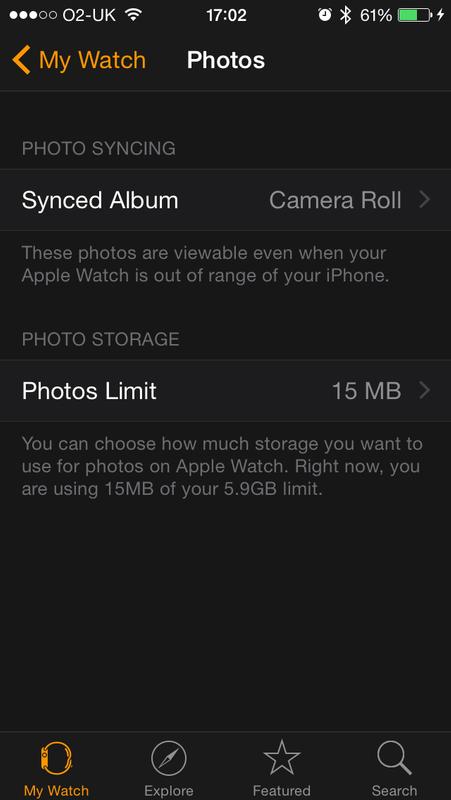 If you want, you can choose for that album to be the entire Camera Roll – but be warned that this will take a while to sync and could take up a fair bit of the storage space on your watch. If you do this, when you take a screenshot on your Apple Watch in future it will promptly appear in the Apple Watch’s Photos app (assuming you’re in Bluetooth range of your iPhone – it’s taken on the watch, sent to the iPhone where it’s saved, and then synced back to the watch!). 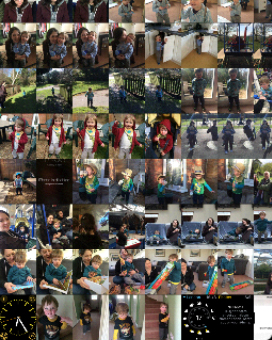 And read: How to force-quit an Apple Watch app