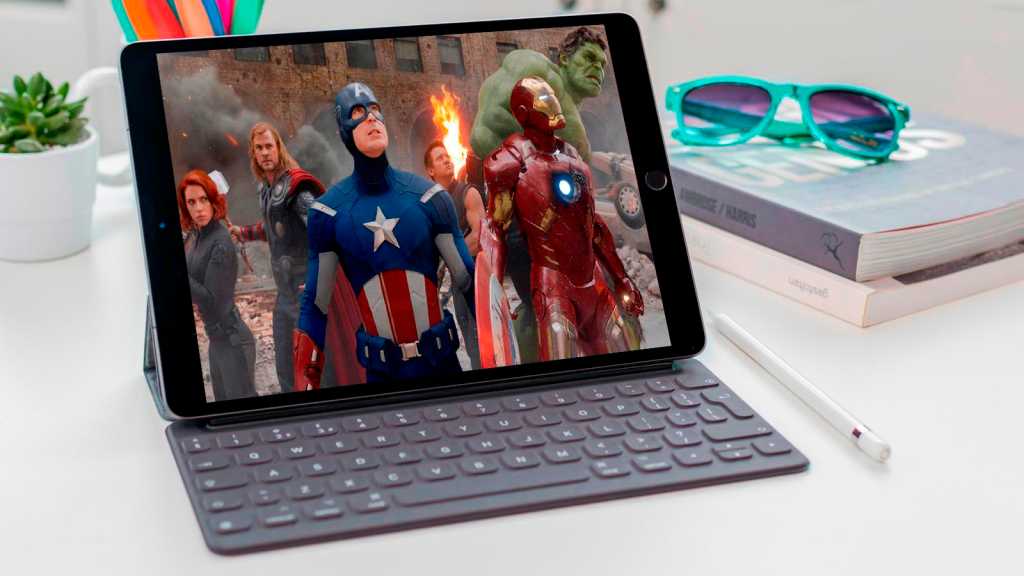 The iPad has developed over the years into a superb travel companion; aside from its huge library of apps/games to keep you entertained, it has a beautiful display that’s perfect for watching movies. But what about those of us who don’t like using iTunes – how do we transfer films to our iPads? In this article we explain two viable ways of adding movie files to your iPad without the need to use iTunes.

Some of you may be asking why we don’t just use iTunes, but there are plenty of reasons not to – mainly issues regarding file formats. Many video formats aren’t compatible with iTunes, which means people are missing out on the opportunity to watch their video library from their iPad. Even if you do find a video that’s iTunes-friendly, you must first import them into your iTunes library and then finally sync them to your iPad. It’s a long process.

With all this in mind, here’s how to download movies to your iPad without using iTunes.

There are many third-party storage options that have accompanying iPad apps, with Dropbox, Google Drive and OneDrive the most popular options. Offering 2GB of free storage when you sign up and 500MB for every referral (up to 16GB), Dropbox is a decent choice, and the one we’ll demonstrate here.

So, to start with, make sure that you’ve downloaded the Dropbox app from the from the App Store on your iPad and installed the Dropbox folder on your PC or Mac. 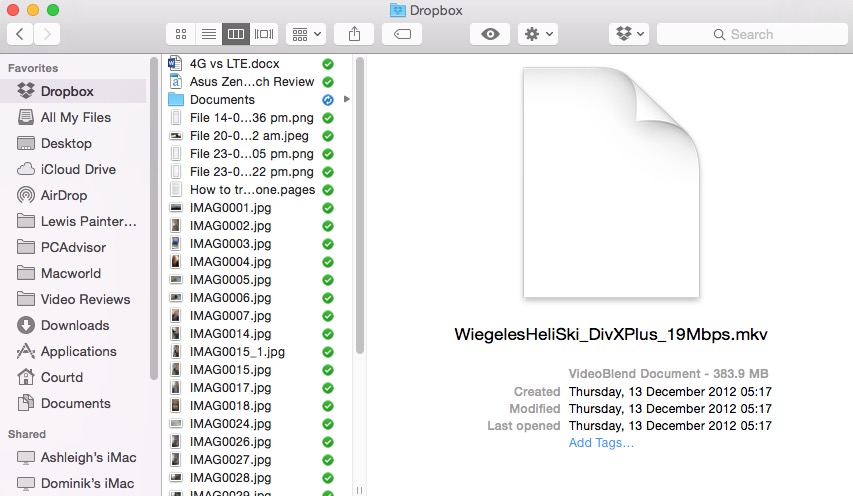 To transfer a movie, simply copy and paste the movie file from your computer into the Dropbox folder. Now comes the part that could take a while – depending on the size of the file and your internet connection, it could take up to a few hours to sync the movie to Dropbox. You’ll know once it has finished syncing because it’ll have a green tick next to its icon.

Once its finished syncing, you can open the Dropbox app on your iPad and find the newly added movie file. If you have an active internet connection, you can just tap to play and the movie should start streaming on your iPad – however if you want it for offline use, simply tap the Star in the top right hand corner to save the movie to your device. 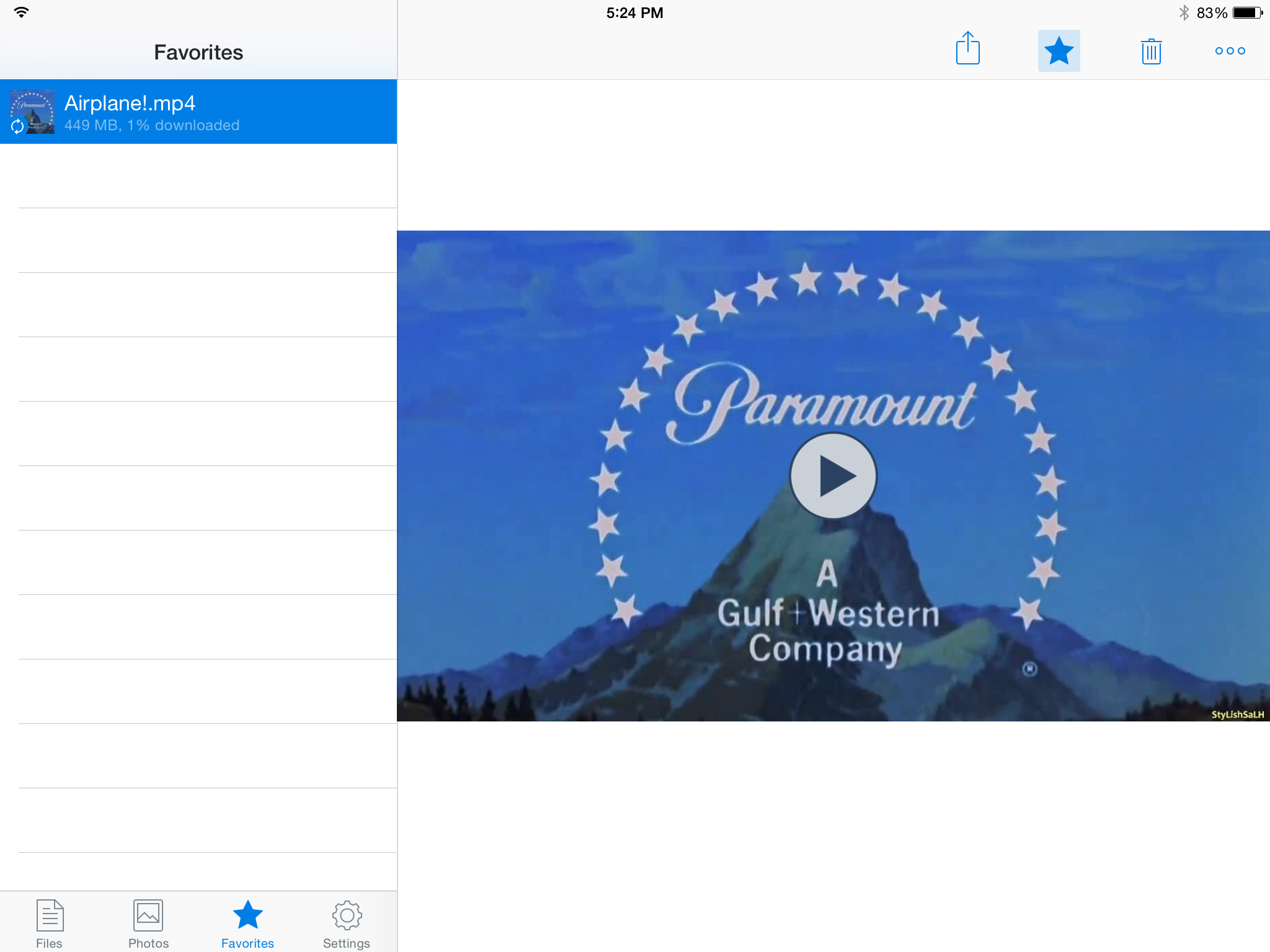 If you want to export the movie so it’s available in the Photos app, that’s also an option. Once you’ve selected your movie, tap the Share icon in the top right hand corner and tap on Save Video. It’ll then export the video from Dropbox, ready to be accessed via the Photos app.

If waiting for hours on end for files to sync isn’t your idea of a good iTunes workaround, then maybe our second option is: third-party software. iExplorer is a personal favourite of ours as it allows you more freedom to interact with your iPad storage than iTunes does (among other things). However, for this workaround to work, you’ll also need to install a third-party video player such as PlayerXtreme Media Player (which is free from the App Store). 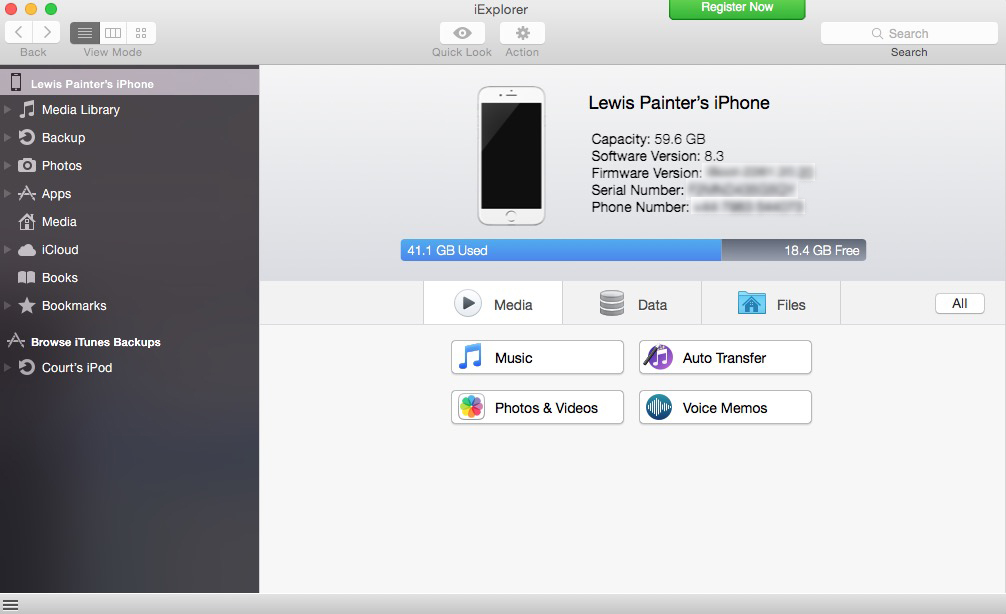 Once you’ve installed both pieces of software, plug your iPad into your computer. If it’s the first time that you’ve plugged the iPad into the computer you’re using, unlock the iPad and tap “Trust”. Once you’ve plugged in your iPad, open iExplorer and your iPad should automatically be detected and displayed. From here, you’re free to browse its file system as well as any iTunes backups on the computer. 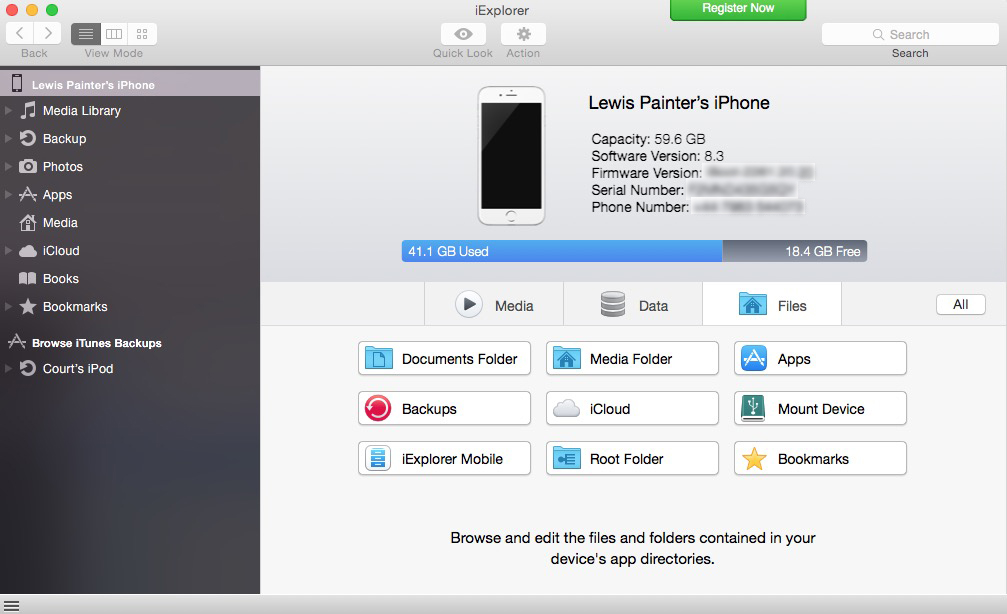 For the task at hand, select the Files menu then select Apps, which will take you to the folders contained in your iPad’s app directories. From here, select and expand the PlayerXtreme folder (click the arrow next to the name) and open the Downloads folder inside. Now simply drag and drop the movie file from your computer into the folder. 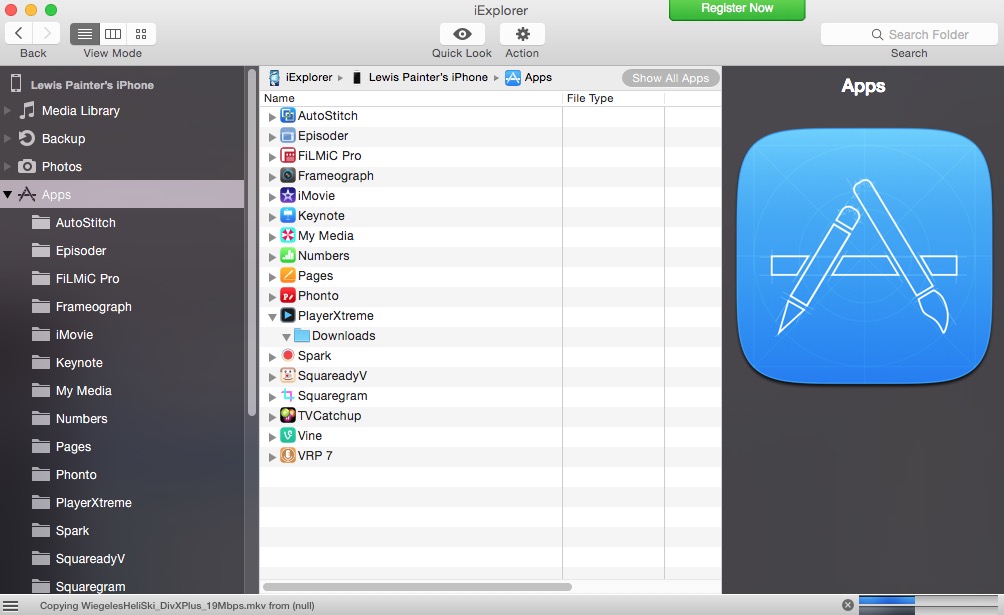 The movie should then start to transfer, so give it a few minutes to complete – there’s a progress bar in the bottom righthand corner. 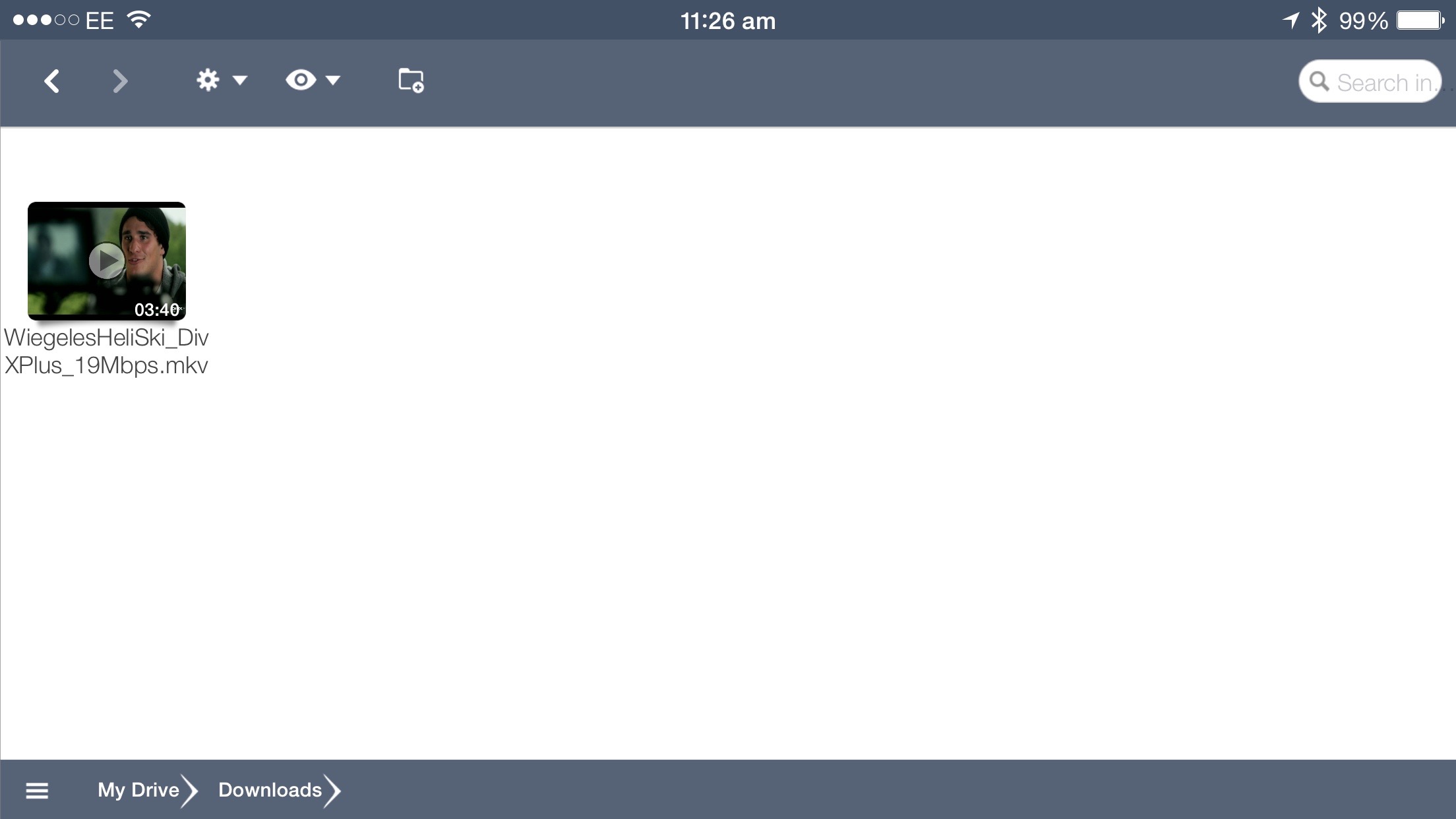 Once it’s complete, open the PlayerXtreme app on your iPad and you should see the movie that you’ve just added. From here, select the video and it should start to play in the app. Simple!

iExplorer is a great option, but there’s something better for Mac users: WALTR. Unlike iExplorer, after 14 days of use you’ll have to pay $29.95 (£20) for WALTR, but you’ll be paying for a quick and easy process that’ll add videos almost any video type (MKV, AVI and MP4 included) to your native Videos app. It negates the need for a third-party video player on the iPad, which in turn should conserve battery life, as stock apps are always more battery efficient.

Download WALTR from the Softorino website. (As we mentioned earlier, it’s free to use for 14 days.) Open the app and plug your iPad into your Mac or PC. 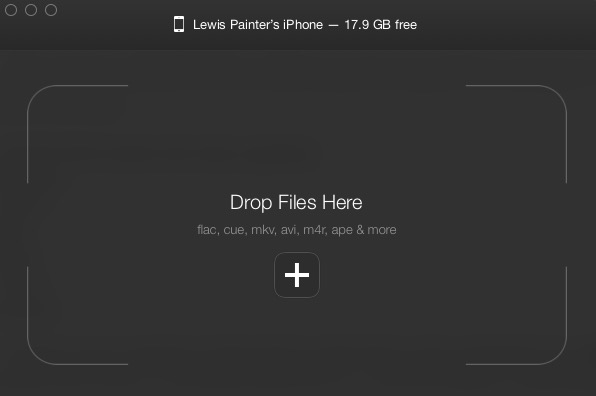 Once you plug in your iPad, it should be automatically recognised by WALTR. If you’re unsure if the right device is connected, the name of your device will be displayed at the top of the window.

From here, you can either click the ‘+’ icon to browse your library for the movie you want to transfer, or you can do something far quicker – just drag and drop the file into WALTR. 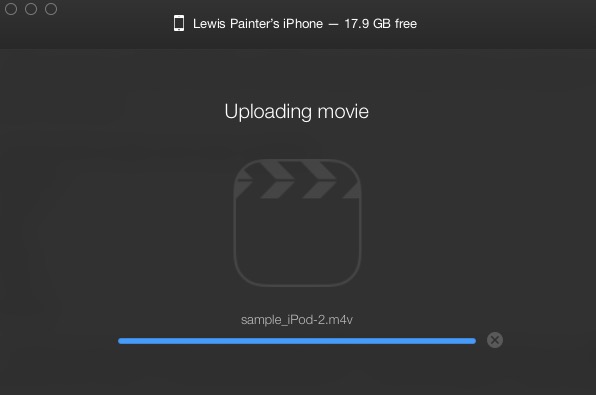 Once you’ve selected your file, it should start to upload to your iPad. The process is quick – a lot quicker than any other alternative we’ve mentioned, and quicker than a full iTunes sync too. The whole process of selecting and adding a 200MB MP4 video took under 15 seconds in our testing, which is impressive. 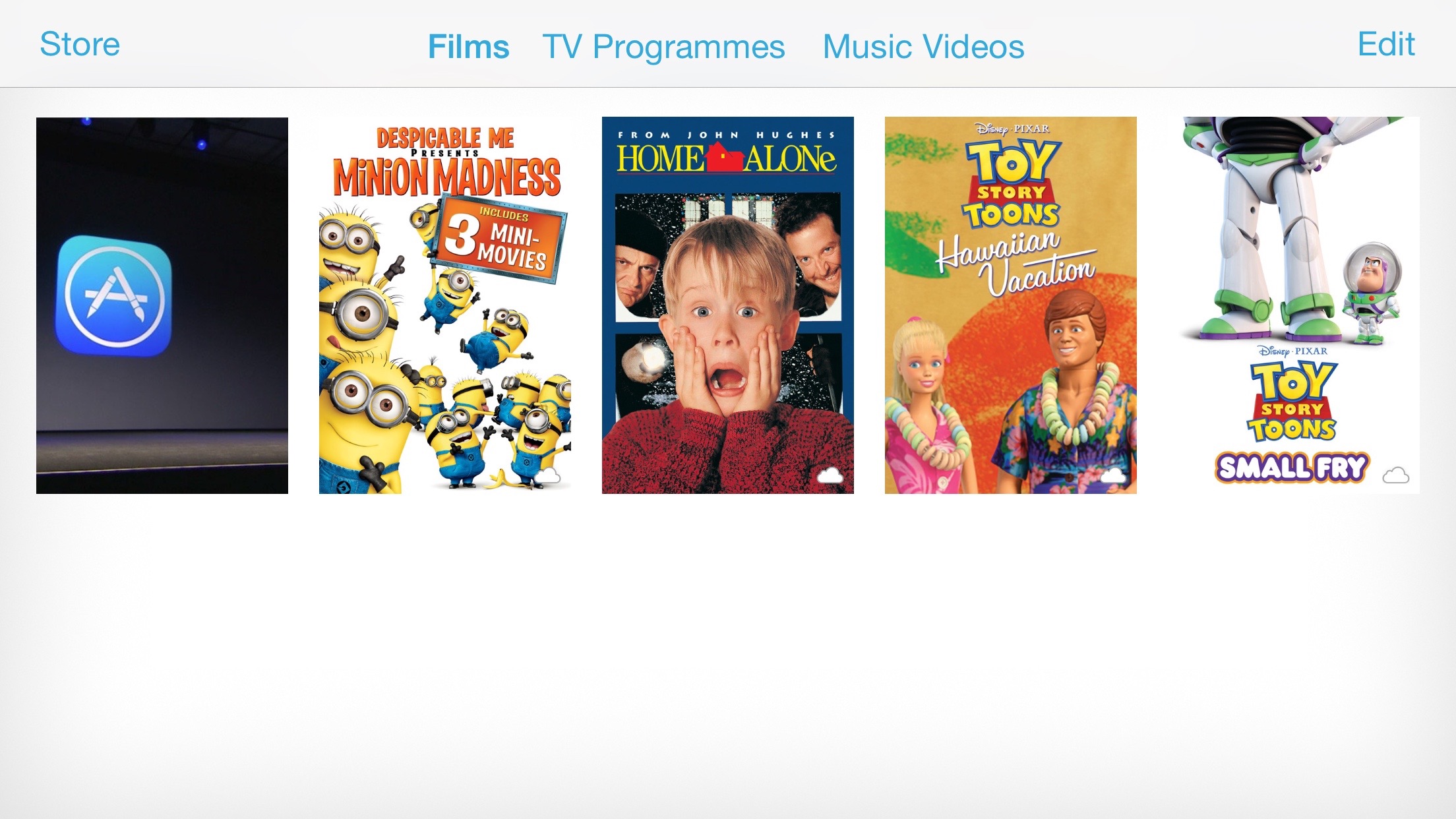 Once the process has been completed, you’ll be able to access your newly synced movie via the Videos app on your iPad. It’s worth mentioning that the same process can also sync alternative audio formats such as CUE, FLAC, APE, ALAC, OGG, AAC, AIFF and WAV to the Music app without any level of compression or conversion.

If you want to find out any more about WALTR, check out the Macworld US review!