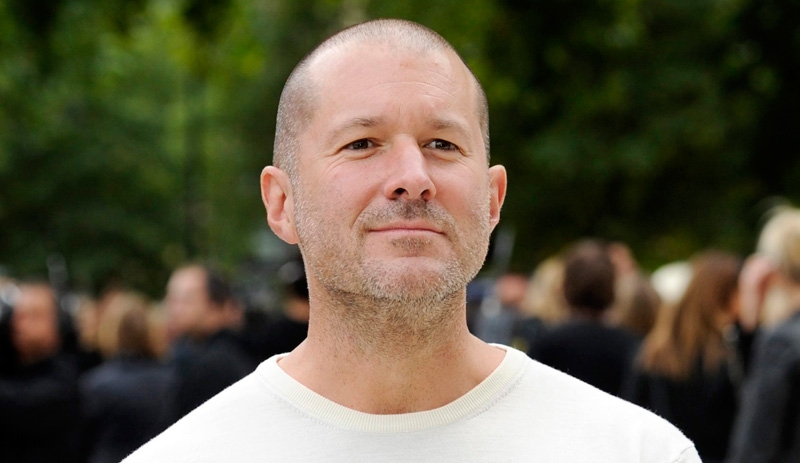 Apple’s legendary designer Sir Jonathan Ive revealed this week that he has been promoted to Chief Design Officer. Today Apple still lists him as Senior Vice President, Design on its corporate executive profile pages, but he let slip to (of all people) British comedian, actor and TV host Stephen Fry that his new business card now reads Chief Design Officer.

Read next: The 20 people who run Apple – and why you should care

This news was confirmed by Apple news blog 9to5Mac, which published an internal email from Apple CEO Tim Cook announcing the new job title and subsequent promotions within Ive’s team.

I suspect that, despite the similar title, Ive’s new wider brief masks a massive shift in his hands-on position at Apple.

Ive’s position at Apple – he is certainly #2 in the executive hierarchy given his importance, public persona and former close relationship with former CEO and all-time Apple chief Steve Jobs – means he doesn’t need a new job title. He has already been described (by his predecessor Robert Brunner) as the “creative soul” of Apple.

It’s not like he’s polishing his LinkedIn profile as much as his beloved sheets of aluminium. He seems largely devoid of ego, so hasn’t demanded the word ‘Chief’ appear in his job title rather than the word ‘vice’.

Jony is quoted in a New Yorker feature as recently saying that he’s been “deeply, deeply tired” and “always anxious”. That’s not good.

There have been several rumours that he has considered quitting Apple for an easier life, or at least more time away from the studio in Cupertino, and the pressures of constant commercial success.

Steve Jobs’s widow, Laurene Powell Jobs, thinks he finds the pressure of always creating best-selling products: “Jony’s an artist with an artist’s temperament, and he’d be the first to tell you artists aren’t supposed to be responsible for this kind of thing.”

So Ive’s new job title means a new, wider, looser role, and maybe one with a lot less pressure and more creative fun. And, possibly, more time in his native Britain, where people will be properly forced to doff their caps at his royal majesty.

Does Jony really need to come into work each day and dream up tiny iterative changes to the designs of the iPhone, iPad or MacBooks? Now the Apple Watch is out, does Apple need him to be the person to design it thinner?

In fact, does Apple do anything but make existing hardware thinner?

Cook says that “As Chief Design Officer Jony will remain responsible for all of our design, focusing entirely on current design projects, new ideas and future initiatives.”

This tells us that it takes two people to cover Ive’s workload and responsibilities, and that suggests the pressure he’s under – and his desire to escape. He freely admits that he’s not the perfect person for administration and management. He told Fry that he needs more time to “think freely”.

It seems highly likely that Ive will return to Britain, where of course he can work closely with London-based Foster And Partners, the architects of Apple’s new spaceship HQ and some of the company’s many Apple Stores. The HQ’s new oak chairs and desks will all, apparently bear Jony’s signature. Furniture design isn’t new to Ive – in the past he even designed a toilet – and it’s almost the pinnacle for design credibility to have a chair named after you.

So Ive is being semi retired to focus on the softer parts of Apple (not that an oak chair sounds that soft), away from the massively commercial and away from the USA. He can design elements of the new Apple HQ in Cupertino, maybe the curve of the desks of the Genius Bar in the Apple Store. Or sketch out drafts of entirely new Apple products (the Apple TV’s now looking unlikely, but how about the Apple Car?), rather than another longer, thinner iPhone 7.

In effect he’s being “kicked upstairs”, away from the day-to-day pressure, and back to the more fun, creative side of his profession. Apple keeps one of its public figureheads, and Jony gets to kick back a little.

He remains as Apple’s creative soul, and on hand at launches to purr his design gentility on the product mystique.

Of course, I might be wrong, and Ive will still be banging his head on a polished marble table at the design of the underside of the second Apple Watch’s charger packaging.

No one would blame him more time to be truly creative, and maybe help Apple come up with the next brilliant new thing, or just have fun and let his trusted team fret about the minor updates.