For a keynote at a developers conference there were a lot of announcements during Apple’s WWDC keynote on 8 June. Apple has some fantastic new features coming for Mac OS X, iOS and the Watch, as well as Apple Pay in the UK, and the new Apple Music streaming service and Beats 1 radio station.

However, there have also been criticism that Apple’s just copying existing features and services from other products and services, is this a fair analysis? Let’s find out.

Here’s what Apple announced at WWDC 2015.

Read more: WWDC 2016: Dates, how to get tickets and what to expect

Apple Music will let you stream the entire iTunes library (that’s 30 million songs) for $9.99 a month (we’re still waiting for the UK price). You will be able to tune into Beats 1, Apple’s answer to Radio 1, headed up by DJ Zane Lowe.

The new OS X will be called El Capitan, after the rock formation at Yosemite. In the same way that OS X Snow Leopard built on OS X Leopard, El Capitan will build on Yosemite, focusing on security enhancements and system fixes. It will also offer various new features such as improved Spotlight search, a new SplitView in full screen mode, new minimize and tab options in Mail, and a revamped Notes app.

Gamers and anyone who uses Adobe apps will see performance improvements thanks to Apple’s decision to bring Metal to the Mac. Metal is the Graphics technology announced with iOS 8 and it will bring improved detail and game performance as well as improved performance in processor hungry apps.

Read more:  Complete guide to Metal, and what it means for Mac gamers

Like OS X, iOS 9 will predominantly enhance existing features rather than introducing new ones. For example, battery life should improve with the iPhone 6 running for an extra hour on iOS 9, and there will also be a new low power mode that should extend battery life by three hours.

iPad users get the real iOS 9 highlights, though. iOS 9 will bring true multitasking to the iPad, with Split View allowing users to open two resizable windows on the screen at once. That’s not all: there’s also a new picture-in-picture feature allows users to play a video from one app while using a different app. The iPad keyboard gets new QuickType shortcuts for formatting text and accessing attachments. The keyboard also turns into a trackpad when you place two fingers on it so you can select text and move objects around as if you were using a mouse. 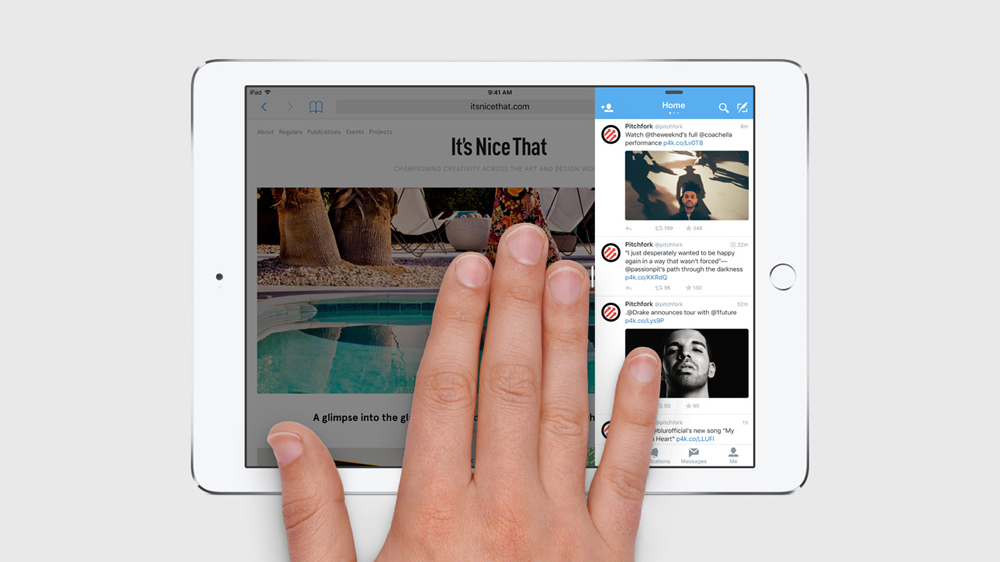 Siri is getting intelligent. In iOS 9 Siri will be more contextually aware, learning from your habits and making recommendations based on them. Siri will also be able to interpret natural language commands.

And there’s more: Apple Pay is coming to the UK in July and it will work with about 70 percent of all UK credit and debit cards in more than 250,000 locations. It will even work on the Tube and other elements of Transport for London.

Maps is, hopefully, getting a boost that might make up for its rather embarrassing launch that it has never quite recovered from. Maps will finally offer transit directions, at least in London, so you will be able to navigate home via the train and tube without having to open Google Maps. 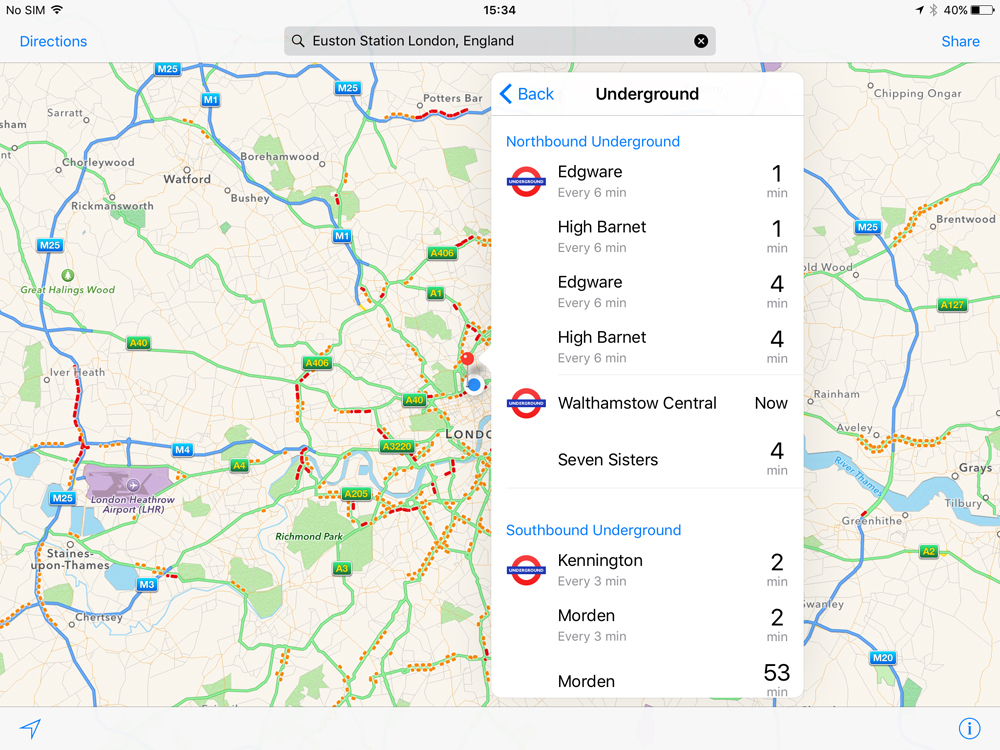 Finally, there’s WatchOS 2, coming in the Autumn and bringing with it new Watch Faces, TimeTravel – a way to see upcoming events and weather from your Watch Face by scooting forward in time using the Digital Crown, the ability to reply to emails and conduct FaceTime Audio calls.

Developers will also be able to design apps that can run independently on the Watch – currently apps run on the iPhone but data is sent to the Watch, which means that they require the iPhone to run. Developers will be able to take advantage of the Apple Watch hardware, accessing the microphone and accelerometer, play audio via the built-in speakers and utilise the Digital Crown. For fitness fanatics the best news is that your third-party fitness apps will run on the Watch without a paired iPhone, and their data will feed into the Watch’s Activity reports.

Perhaps the most exciting element of the announcements is that users won’t actually have to wait until the autumn to try out the new features on their Macs and iOS devices. This year Apple is running a beta program for members of the public – not just for OS X as it did last year, but also for iOS 9. This means that if you are happy to be a beta tester (which will mean buggy software and the possibility of your Apple device not working properly) you may be able to get your hands on the software in July.

Apple’s decision to open up the beta software to the public will give Apple an unprecedented number of beta testers, which should allow Apple to tweak and overhaul the software rapidly, and avoid embarrassing issues emerging after the software goes live.

Is Apple just copying everyone else?

As welcome as all these new features are, there will be criticisms, in fact our PC Advisor colleagues greeted us this morning with the observation that many of the new iOS features will be familiar to users of Android and Windows phones, and some of the OS X features have been seen before in Windows. Is that a fair assessment?

It certainly looks like in some areas, namely Siri, Maps, and Split Screen multitasking on the iPad, Apple does appear to be playing catch up. Only in iOS 9 will Siri be on a par with Google Now and Microsoft’s Cortana. When Apple finally brings Transit directions to Apple Maps it will finally match what Google has offered for years. And the Split Screen ability finally coming to the iPad is something that other tablet users have been able to do for some time.

We accept that these aren’t groundbreaking new features being introduced by Apple, but Apple isn’t always the first to do anything. In fact more often than not Apple arrives in an industry after other players have tried and failed to implement a feature in a user friendly way and offers the best solution. That’s exactly what we hope will happen in this case.

Apple bides its time, waiting for the technology to be adequate to provide the best experience for the user. While other manufacturers might rush out half baked features that users end up ignoring because the implementation is so poor.

In a similar vein, the new News app is just like Flipboard. The TimeTravel feature on the Watch that allows you to scroll the Digital Crown to move forward, or back, in time, is just like on the Pebble Time. Those new features in Safari that enable you to spot audio and pin popular sites already exist in Chrome. Even the SplitView in OS X is similar to AeroSnap in Windows 8.

What the other varients of these apps and features don’t have is the control of the hardware and the software that Apple has. Because Apple makes the software and the hardware it is able to fine tune things to the nth degree. No other manufacturer of software developer can do this. For that reason, when Microsoft implements a new software feature it has to ensure that it has half a chance of working on all sorts of different PCs from different manufacturers. Apple can make the software feature work perfectly on a Mac, iPad or iPhone.

Not everything Apple announced at WWDC is destined only for Apple products, though. Apple Music will eventually be coming to Android and Windows.

Speaking of which, Apple Music is essentially just like Spotify. Apple’s actually quite late to the music streaming party. But Apple Music will offer more than Spotify, just as it will offer more than the iTunes Radio that came before it. With Apple Radio and the associated Beats 1 internet radio channel, Apple is offering its own equivalent to BBC Radio 1, and in so doing winning over the illusive millennials. 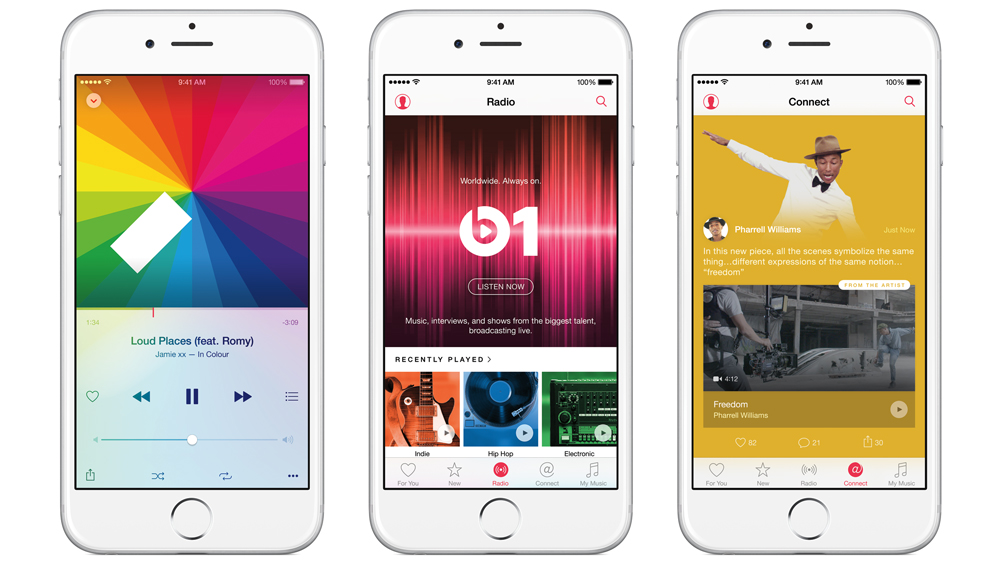 That was another observation about the WWDC keynote. Apple is going after this lucrative young market that is so hard for marketers to reach. In what appears to be a swing towards this group of people, U2 (who appeared on stage last September) were replaced by The Weeknd, introduced by the likes of Drake and Jimmy Iovine, who joined Apple as part of the Beats acquisition last year (Beats being incredibly popular among that age group).

If that’s not enough ‘cool’ then the Beats 1 channel will be headed up by DJ Zane Lowe. With Apple’s team of celebrity staffers heading up the company’s attempt to “change the way you experience music” some might argue that there’s another service that Apple is copying: Jay Z’s music service Tidal. Hopefully Apple will have more success in that category than Jay Z has.

(We just could have done with fewer dad jokes in the first half of the presentation.)