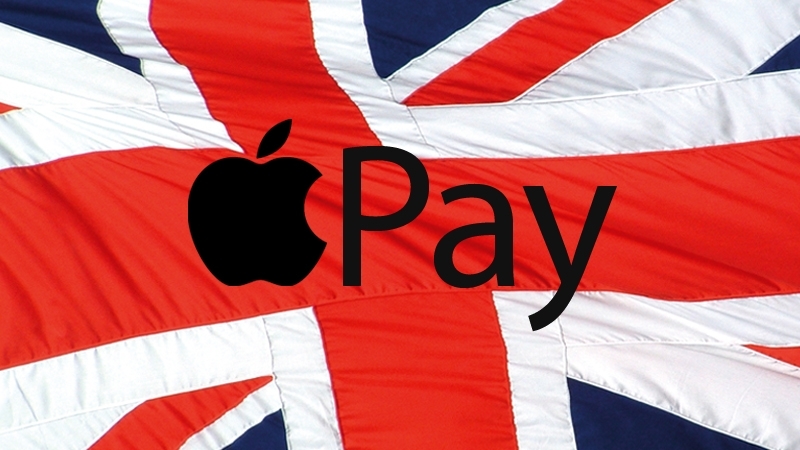 Apple Pay launched in the UK back in July 2015 (in the US it launched in October 2014). With Apple Pay it’s possible to pay for goods and services (up to £30) in the UK by tapping your iPhone, iPad or Apple Watch to a card reader – presuming you are banking with a bank that supports Apple Pay.

If you have an iPhone or Apple Watch you can use it to securely pay for goods at contactless terminals in shops around the UK thanks to Apple Pay, Apple’s contactless payment system. Apple Pay also makes it possible for you to pay for goods online without entering your card details

What is Apple Pay?

Apple Pay allows you to pay for things in shops by holding your iPhone or Apple Watch up to the contactless payment terminal. You can also use Apple Pay on some websites and in some iOS apps.

All you need to do is add your credit or debit card payment details to the Wallet app on your device (we show you how to add Apple Pay to your Phone here, and your Watch here), and the next time you are in a shop all you need to do is hold your iPhone up to the payment terminal with your finger on the Touch ID button of your iPhone in order to keep the transaction secure.

If you have an Apple Watch you don’t need the extra level of security offered by Touch ID as your Watch is linked to you from the moment you put it on your wrist and link it to your iPhone – if you are wondering about the security implications you can read about the security of Apple Pay here LINK.

How much can I spend on Apple Pay

Wondering whether there is a limit to the amount you can spend on Apple Pay? As of May 2017 it has been possible to pay for goods with a value higher than £30 using Apple Pay on your iPhone or Watch. Previously all contactless transactions were limited to £30. This is likely to give users a reason to use Apple Pay rather than their debit or credit card, which will still be limited to £30.

Prior to May 2017 you were limited to £30 or under in a transaction using Apple Pay. But you are now able to pay for any amount at checkouts in UK shops. As long as the tills in those stores have the correct software installed.

According to Apple, over half of the contactless payment terminals are set to accept transactions of any value if you use your iPhone or Apple Watch to pay.

A Telegraph report suggested that mobile payments have got off to a ‘“slow start” because they were limited to £30 per transaction. Now that mobile payments aren’t limited consumers may start to see the value of using their mobile phone to pay rather than their card. Card payments will still be limited to £30 because they do not require shoppers to enter a pin number, use a fingerprint or other form of ID.

The venders will need to upgrade their payment terminals before the larger transactions can be accepted, so if you are unable to use your iPhone or Apple Watch to pay for something with a value greater than £30, this is likely to be why.

What are Peer to Peer payments

Apple showcased peer to peer payments as something coming in iOS 11, although they are yet to arrive.

Once this is available users will be able to send money to each other via a text message.

There were some doubts about whether and when the P2P payments would arrive on iPhones in the UK, but a trademark filing by Apple suggests this style of payment could be coming to the UK and Europe.

If Apple nails P2P payments between iPhones, it’ll go a long way to culturally simplifying how we pay each other – no hardware manufacturer has yet built in an easy, reliable and trustworthy payment method into a phone, it’s all done via third party or banking apps.

What is Apple Wallet?

The Wallet app does everything that the old Passbook app did pre-iOS 9, so it’s the place to look for boarding cards and tickets as well as payment options – the ‘Wallet’ rebrand reflects its extended remit.

It’s a core component of Apple Pay, being the app through which you select the cards that you use to make purchases in outlets as Marks and Spencer, Pret and Transport for London. It’s compatible with many existing contactless systems in the UK, meaning it’s available to use almost anywhere that contactless is supported – including corner shops.

At any UK outlets that has an Apple Pay-compatible terminal you can use with cards stored in Apple Wallet.

How to set up Apple Wallet

To use Apple Pay you will need to set up Apple Wallet.

So now that we’ve established that you can use Wallet to store not only your boarding passes, cinema tickets, and the like, but also credit and debit cards, how do you actually set it up and use it?

If you have a credit or debit card set up with your iTunes account it will be easy to add it to Apple Wallet. Just enter the card security code and the information will be associated with your account.

If your card isn’t already set up you still do not need to enter it manually – hold the iPhone over the card and the iPhone will recognise the numbers, all you will need to do is enter the security code from the back of your card.

If you want to add more cards to Apple Wallet tap the plus sign. The instructions differ depending on which device you are using:

We explain how to set up Apple Pay via the Apple Wallet app on the iPhone here.

While we’re still waiting for the likes of Sainsbury’s Nectar Card and Tesco’s Clubcard to make an appearance in Apple’s Wallet app, there is a growing range of companies that have taken advantage and offered support for the service.

Starbucks is a great example: as well as being able to use Apple Pay to pay for your order, you can easily access your virtual Starbucks card to collect purchase points to be redeemed at a later date. It’s a similar story with KFC’s Colonels Club and Subway’s loyalty card – both offer support for the Wallet app.

Some retailers currently have no plans to offer support for Wallet. Boots told us it was “just focusing on Apple Pay functionality in stores at the present time” when we asked if it had any plans to integrate Advantage Card with Wallet. Boots is a member of the Wallgreens Boots Alliance group, alongside Wallgreens in the US, which is going down the Wallet route with its on Balance Rewards card.

Sadly, there’s no resource that lists every single UK retailer with a loyalty card supported by Apple Wallet, but keep an eye out on App Store listings as many will state in the description if they feature Wallet compatibility.

When it launched Apple Pay in the UK Apple said that it would be available at more locations for its launch UK than it was for the US launch – and there were some big names on the list.

When Apple Pay launched in the UK a number of retailers were onboard from the start including:

TfL (Transport for London) also supported Apple Pay at launch too, so Londoners were able to pay for Tube and bus journeys with their iPhone or Apple Watch.

Click here for a full (and expanding) list of UK shops and apps that work with Apple Pay. Read: How to use Apple Pay on the London Underground. 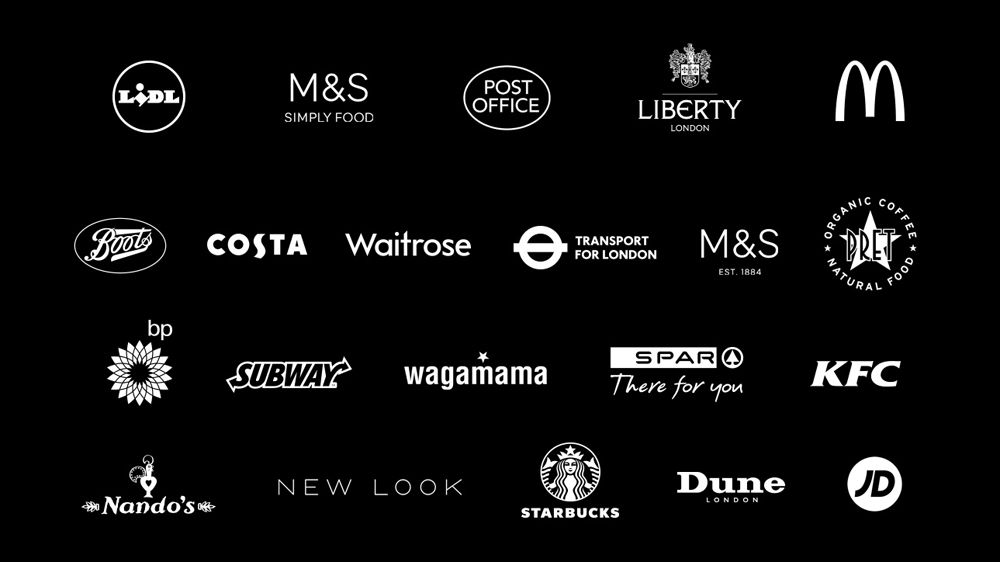 As of May 2017, 23 banks now support Apple Pay according to Head of Apple’s payments business Jennifer Bailey, these include the following banks and financial institutions:

What information is stored in Apple Wallet?

Apple Wallet is safe to use because your card details aren’t actually stored in the app and nor is the transaction information.

However, you can use the app to see your most recent purchases.

What else can I add to the Apple Wallet app

Currently, along with your cards you can add tickets, boarding passes, cinema passes, and train tickets. but the scope might be wider in the future.

Head of Apple’s payments business Jennifer Bailey hinted at ways in which the Wallet app, which houses the Apple Pay feature, could grow in the future, telling the Telegraph: “If you think about all the things in your wallet, we’re thinking about all those things, we’re probably actively working on most of them.” New areas being developed could include a digital version of your Driving Licence and ID card, as well as store and loyalty cards.

How to choose which card to pay with in Apple Pay

The card linked to your Apple ID will automatically become your default Apple Pay card, however you can change that by going to Settings > Wallet & Apple Pay and updating your default information.

If you wish to use another card to pay for something hold your iPhone near the contactless reader without placing your finger on Touch ID. Your iPhone will wake up, and you’ll see your default card on your screen. Tap the default card and you will see a list of all your cards, tap the card you want to use then move your iPhone towards the terminal and tap the Touch ID to initiate the payment.

How to get a refund

There may to be some confusion about processing refunds and returns, but it shouldn’t be too hard in practice. Apple explains:

“How do I process returns with Apple Pay?

“You can also have the customer hold their iPhone near the reader, select the card they used to make the original payment, and authorize the return with Touch ID or passcode.” In other words, it should be as simple as touching your iPhone to the reader.

Does Apple make money out of Apple Pay?

You won’t be charged additional fees for using Apple Pay. Nor does Apple make money by collecting purchase or customer data, apparently. (We discuss the privacy aspects of Apple Pay here: Is Apple Pay safe.)

Apple says it will levy a fee on each purchase from the banks involved in the system. Apple insists it won’t charge users, merchants or developers: in its new Apple Pay FAQs, the company confirms that it “doesn’t charge any additional fees” for merchants to accept Apple Pay.

Can I use Apple Pay abroad?

Heading off on holiday and wondering whether you will be able to use Apple Pay abroad? Here’s what you need to know…

You should be able to use Apple Pay abroad, assuming that the retailer can accept contactless payments. It may be the case that the country you are in has a different transaction limits – so you may only be able to spend as much as you can when using Apple Pay in the UK.

You will likely also find that overseas charges apply, plus you will have to allow for the limitations of your mobile phone contract, data charges and foreign transaction fees.

Wondering which countries have Apple Pay?

Which countries have Apple Pay?

How to donate to charity using Apple Pay

It is now possible to donate to 22 different charities using Apple Pay.

Charities including the British Heart Foundation, Cancer Research UK and Comic Relief will now let you donate via an Apple Pay link on their websites.