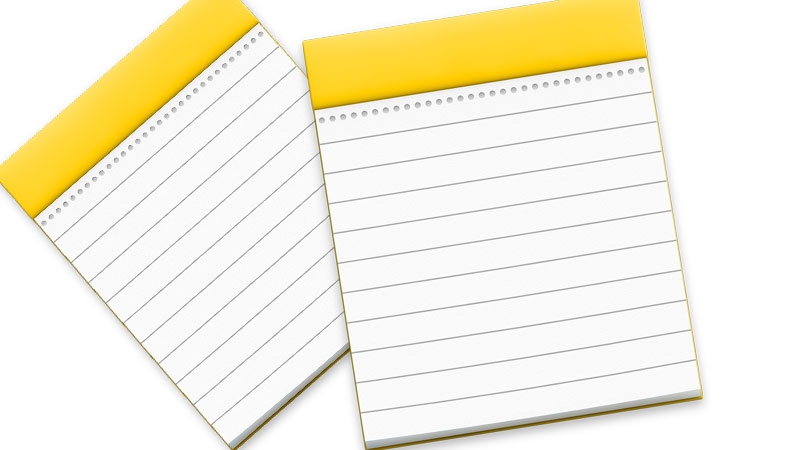 There’s an extremely good range of cross-platform note-taking apps in the App Stores. All let you create a quick note on one of your Apple devices, and view or edit it on another device via near-instant and automatic synchronization.

However, none would be as popular if Apple’s own Notes app – introduced three years ago in OS X Mountain Lion – wasn’t so woefully rubbish.

The great news is that this situation is set to change in OS X El Capitan, due to launch on 30 September. 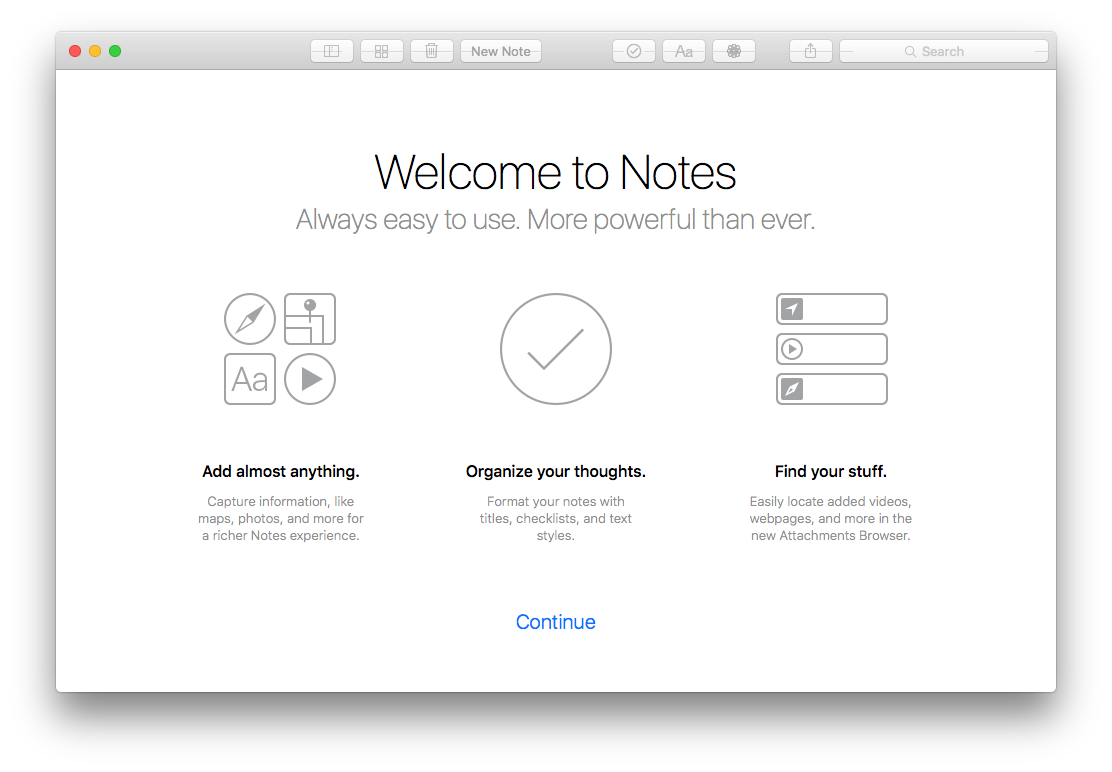 None of the new features in Notes in El Cap are revolutionary but they definitely bring Notes up to speed with the competition which includes the likes of Evernote along with the wealth of apps in the App Store that help you take notes, create lists, and more.

Via a toolbar running along the top of the program window you can now easily add text styles, for example, such as titles, headings and bulleted lists.

Similarly, you can now add tickboxes via a toolbar button (perhaps the days of the dedicated Reminders app are now limited) while a new photos browser lets you tune into your Photos library and/or iCloud photo library. Just select the items in your note and click on the Make a Checklist icon in the toolbar.

New features in Notes for El Capitan: Sharing URLs and Maps to Notes

Notes in El Cap is also integrated into the system-wide Share Sheet system. You can send a URL to a note straight from Safari, for example, or a location from within Maps. Should you click to do so a window appears similar to that which appears when you post to Facebook via a Share Sheet, and the shared item subsequently appears as what in his WWDC speech Craig Federighi called a “beautiful graphical thumbnail”.

The Share button in El Capitan includes Notes, so now you can send items to the Notes app. Probably the quickest way to get anything from your Mac onto your iPhone. 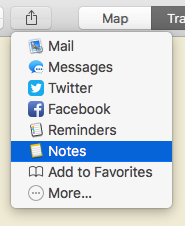 You can now send things straight to the Notes app, via the system-wide Share Sheet system

New features in Notes for El Capitan: The Attachment Browser

The contents of notes can be viewed using the new Attachments Browser, which lists notes according to whether they contain a map attachment, or a link from Safari, an image, or a drawing (from an iOS device) and so on. Just click the icon at the left of the toolbar.

This attachment browser is another thing that makes Notes 4 more like Evernote. This browser makes it easy to view any attachments you have added to your notes, along with web links and map locations.

Although drawing and annotating was demonstrated in the WWDC 2015 keynote, this feature is limited to iOS devices – and perhaps for the best considering drawing via a mouse is clumsy. Notes on a Mac will display drawings or annotations in notes created on your iPad or iPhone, but when it comes to creating new notes or editing existing ones, things are text-only.

Amazingly, at least from a technical standpoint, Notes and several other iCloud apps sync with Apple’s servers using the ages-old IMAP system. This was originally designed for email. Why Apple chose it for note syncing is a mystery. However, it perhaps explains why syncing data between your Apple devices and Macs can sometimes be so unreliable and slow. 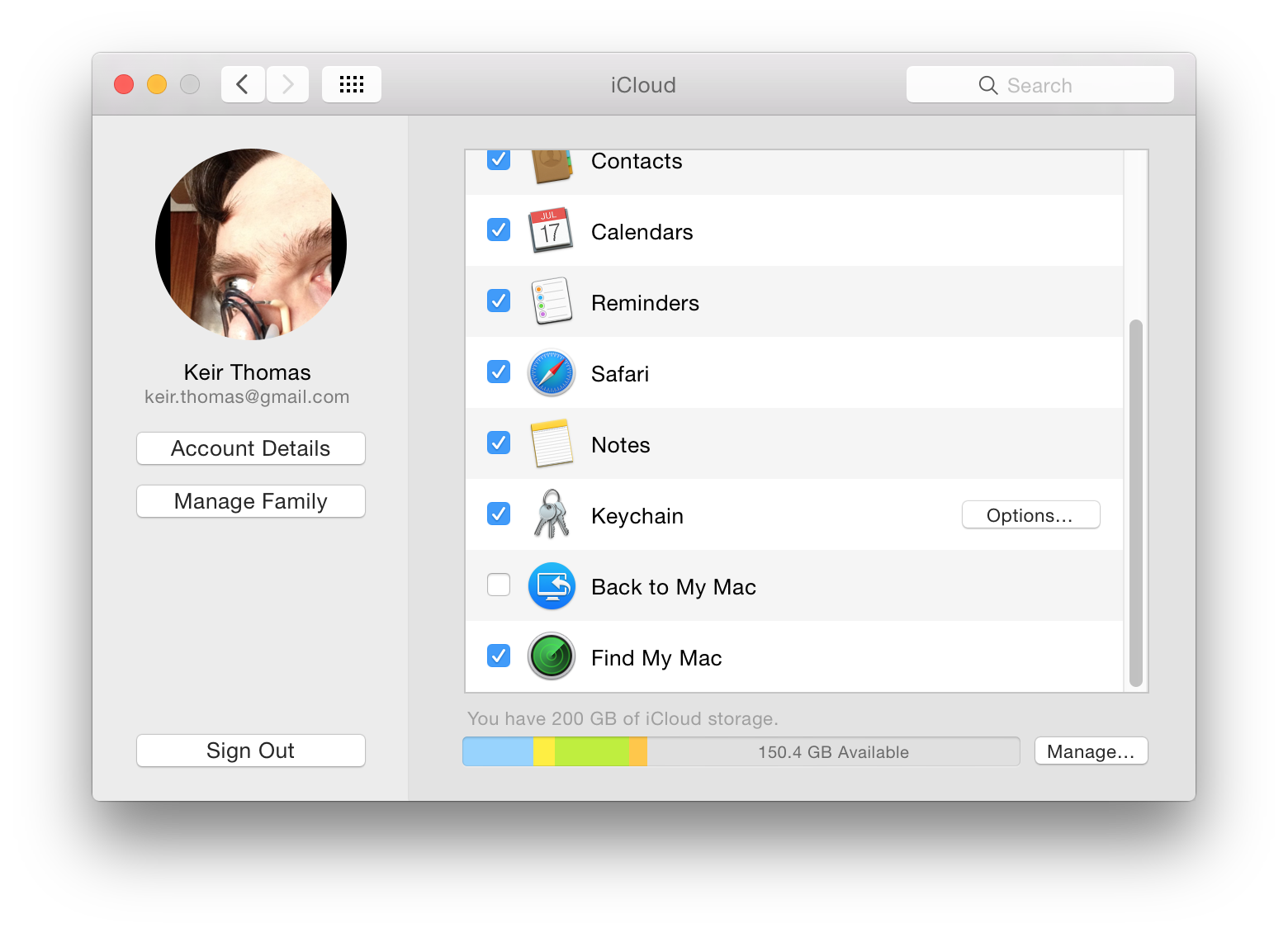 For reasons unknown Apple chose IMAP as a way of syncing Notes but this will change in OS X El Capitan, which embraces iCloud all the way

Notes in El Capitan adopts the same iCloud model as other apps like TextEdit in that they use space within your iCloud storage, and sync using iCloud mechanisms. Syncing should therefore be significantly more reliable and also close to instant. You will still be able to connect via your IMAP email, but there will be advanced features if you use iCloud.

It might surprise you but the Notes app pre El Capitan included some text formatting tools. Just look for options on the Format menu within the app.

You can also tap Cmd+T to open the floating fonts palette, for even more choice, and tap Alt+Cmd+C (Option+Cmd+C on some keyboards) to control the colour of the text.

To insert bulleted, dashed or numbered lists you can also simply start typing an asterisk, hyphen or number and let OS X’s automatic text formatting step-in. To end a list, and thereby turn off bulleting, dashes or numbering, just hit Enter on an empty line. 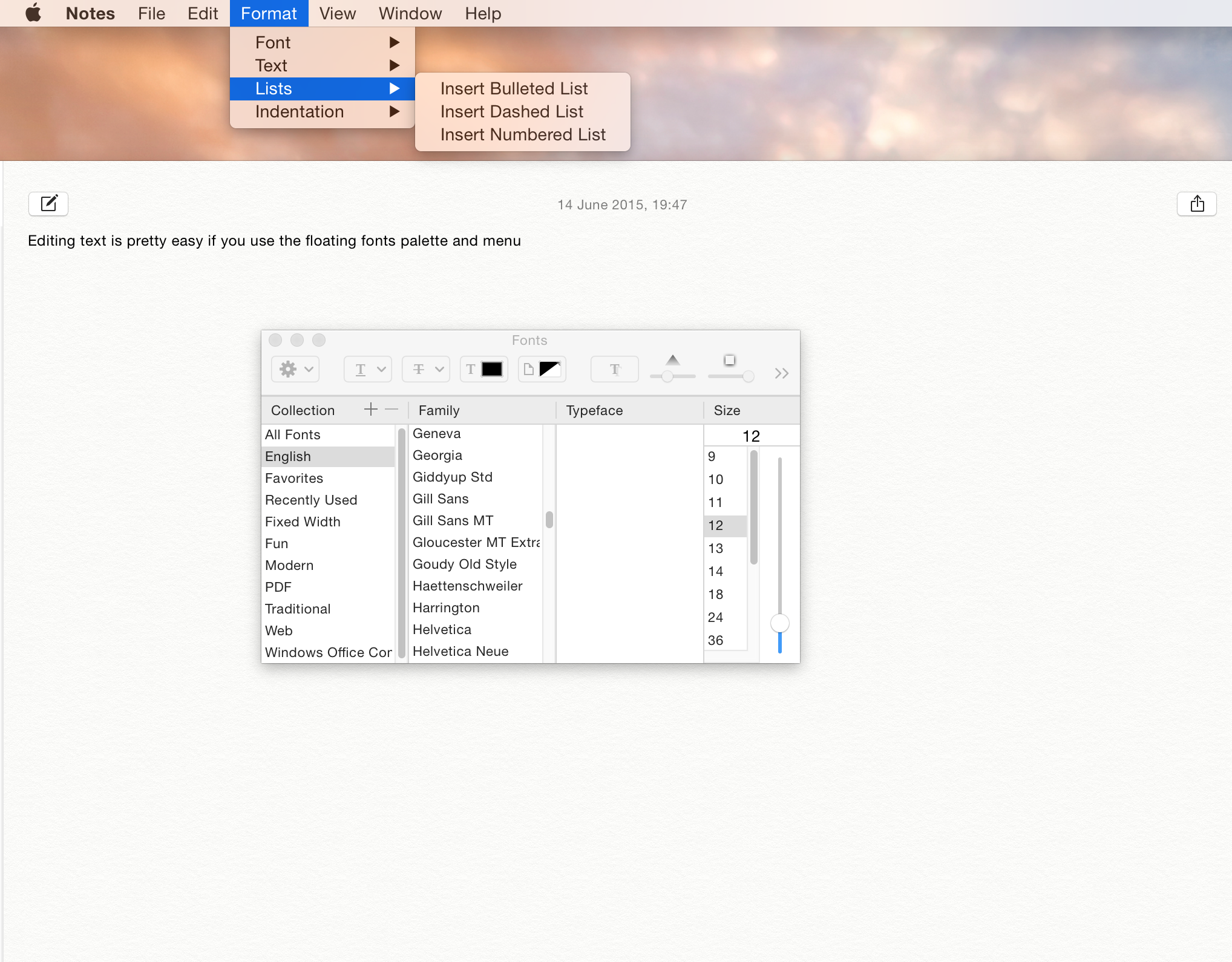 To create a Note with formatted text without messing around too much, a pro tip is to create it in another app like Pages, and then copy and paste it into the note. This lets you insert the likes of charts, shapes, and even tables (you may be thinking that you might as well use Pages then, but that assumes you have Pages on your Mac, iPad and iPhone, and will be able to benefit from the syncing features).

Pictures can be inserted into Notes by dragging them from a Finder window or the desktop. Unfortunately, you can’t insert videos this way, or drag photos from within the Photos app. You can import straight from a camera though, by right-clicking on the body of the note and selecting the Import Image option from the menu that appears.

Read: Best Word Processor for Mac   | Here are our top ten features coming in OS X El Capitan  | How El Capitan compares to Yosemite  | How to use Mission Control on a Mac