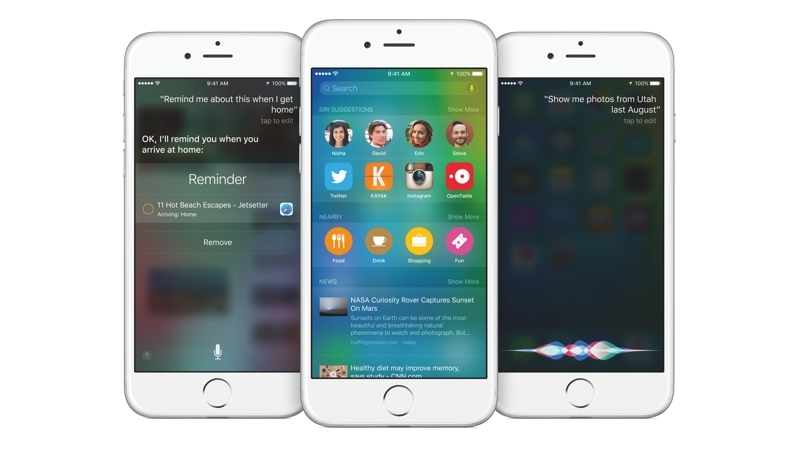 Apple’s new iOS 9 comes packed with a raft of new search features along with Apple’s new “natural language” search technology that works with Siri to bring you even more useful results.

Natural language is a new Apple technology being rolled out to Spotlight in Mac OS X 10.11 El Capitan and Siri in iOS 9. With natural language, you can perform complex searches using colloquial sentences.

There’s more than natural language search coming in iOS 9. Search goes even deeper in iOS 9, for example, you will be able to search apps because developers can now index content inside their apps – not just from the app but also from their website. This means that if you have an app installed, you’ll be able to get results from the developers website, as well as the app, included in your search results. So for example, you could search for Red Dwarf and see results from your Netflix app.

See also: How to use Apple Pay in the UK | How to use iCloud Drive in iOS | How to get iOS 9 on your iPhone and iPad right now 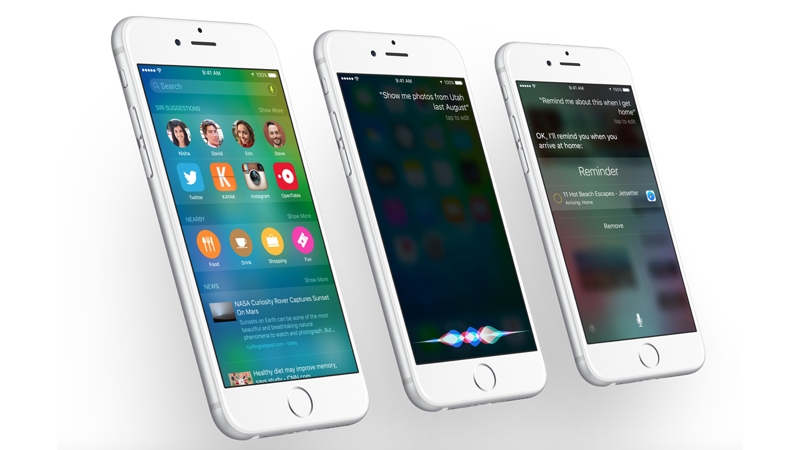 The new natural language technology will integrate with Siri in iOS (Siri and search are natural partners in iOS). Natural language creates a new, much smarter Siri that is capable of more precise searching. Siri will also be able to search through photos and videos based on dates, locations and album titles.

Hold down the Home Button to activate Siri (or say Hey Siri, if you have that feature turned on) and speak to Siri using the language you would normally use. For example, you could ask Siri to find the iMessage you sent to your partner last Wednesday, or to find the photos you took in Cornwall.

But you don’t only have to search by speaking to Siri. As with OS X El Capitan you can perform complex searches using text. Here’s how to use natural language searching in iOS:

1. Drag your finger down from the Home screen to open Search.

2. Enter a natural term, such a “photos of Paris taken last April” and iOS will return those images.

3. Or try a term such as: “video recorded yesterday” to get videos you recorded on the camera.

4. Select an item to open that app, and you’ll be taken directly to the search result.

It will be possible to search third party apps in iOS 9. Developers just need to let Apple know that the app is eligible for search and iOS 9 will create ‘deep links’ for the app. Developers can also indicate items on their website that can be accessed from inside an app (such as a today’s news stories). Search then makes these links available and directs people to the app.

The example given is that if you install a recipe app, and type “apple pie” into the search field, then iOS 9 will show the recipe from the app. Clicking it opens the app and takes you directly to the recipe.

Thanks to a new feature called Proactive Search you’ll typically find the search window populated with contacts, apps, places and more items based upon where you are (and what you typically do when you are there).

Proactive Search results are based upon three specific pieces of information:

Proactive checks your location, along with your apps and contacts. Proactive results are based on the time of day and your location. So if you use an app in a specific location, such as Maps when you leave the office, it’ll start to make suggestions for directions, apps to use or contacts to call. Just slide your finger down from the Home screen to access Search. Read more about How to use Proactive in iOS 9 here.