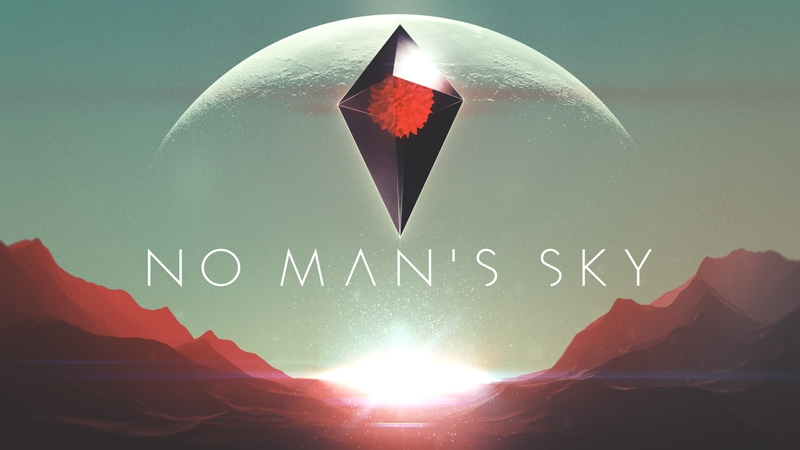 No Man’s Sky is the hot game right now, but will Mac gamers be left out of the procedurally generated space exploration fun? In this article we sift through the rumours, hints and clues to speculate on whether and when No Man’s Sky is likely to be released on the Mac.

It’s been a long road to No Man’s Sky’s launch. The game was announced at the VGX 2013 gaming conference, highlighted by Sony during its press event at E3 in June 2014, and finally shown off in depth at E3 2015. At Paris Games Week, in October 2015, we were told the game would launch to the public in June 2016, but Hello Games managing director Sean Murray later  confirmed that the release date had to be pushed back until August 2016.

But we’re nearly there.

No Man’s Sky will launch on PS4 in the UK and Europe on 10 August 2016, followed by the worldwide PC launch on 12 August 2016. (At one stage it was planned to launch NMS in the rest of Europe two days earlier than the UK, but Sony  announced on Twitter that it had put a stop to that.)

You can pre-order No Man’s Sky for PC (or buy it, once it launches) from Steam.

It currently seems unlikely that an Xbox One version of the game will be released, and a Mac launch is similarly not guaranteed. If it does launch on Mac you can expect a significant delay after the PC launch – so very late 2016 is a possibility, but we may have to wait until 2017. (You can play the PC version on your Mac, however, so there is some good news. See below for our guide to playing the PC edition of No Man’s Sky on your Mac.)

If you want to find out more about No Man’s Sky’s PC and PS4 release, by the way – whether you’re planning to run it on your Mac or whether you’ve got a compatible console – you can do so on our sister site PC Advisor here: No Man’s Sky release date rumours, gameplay features & trailers.

No Man’s Sky is being developed and published by Hello Games, a small UK-based studio. Hello Games previously made Joe Danger, which we know mainly on iOS (it’s in our roundup of the best racing games for iPad and iPhone, incidentally) but actually started out on PlayStation 3. It was also ported to Windows, Xbox 360 and PS Vita – but still hasn’t appeared on Mac, five years after its original launch and more than two years after coming to PC. This may not be a good omen.

But if we look for clues outside the (tiny) Hello Games portfolio, perhaps the closest rival to No Man’s Sky is Elite: Dangerous, which is already out – and available on Mac, too. It launched on PC in December 2014, and came out for Mac OS X five months later. (Other broadly similar games that might be worth keeping an eye on include the venerable space-exploration MMORPG Eve Online, which is available for Mac as well as PC, and on the other hand the upcoming Star Citizen, which has been confirmed for Windows and Linux only.)

We think the appetite for Mac space exploration games is there (if it wasn’t, it’s hard to imagine that Elite: Dangerous would have been brought to Mac within five months), and a Mac port of No Man’s Sky would surely do well – the hype around this game is immense. But it seems unlikely that Hello Games would have the resources or inclination to port the game to OS X themselves. If No Man’s Sky does come to Mac, it’s most likely to be a job taken on by a company like Feral, which specialises in PC-to-Mac ports. We’d expect to be looking at a timeframe of between six months and a year after the PC launch – so a mid-2017 Mac launch is feasible.

We contacted Hello Games on email and Twitter to see if there are any plans to launch No Man’s Sky on the Mac. The team haven’t got back to us yet, but we’ll post their reply here if and when they do so.

It looks like we’ve got a fair wait for the Mac version of No Man’s Sky, but fortunately it’s relatively easy to run PC games on a Mac – and, as we discussed above, No Man’s Sky is expected to launch on PC later this year.

If you want to run the PC version of No Man’s Sky on your Mac, take a look at our article on  How to install and run Windows on Mac, which will enable you to run Windows-compatible software on your Mac, including PC-exclusive games.

As for the official Mac OS X version of No Man’s Sky – well, it looks like a fair old wait. But we’ll keep you updated with any news we hear, whether good or bad; bookmark this page for updated news.

For now, you should find a new game that takes your fancy in our roundup of the best games for Mac. And as we said, remember too that Elite: Dangerous is available on Mac: it’s not quite the same, but for space exploration hijinks it might be your best option for the near future.

And last of all, if you’re wondering what all the fuss is about, take a look at this magnificent trailer: