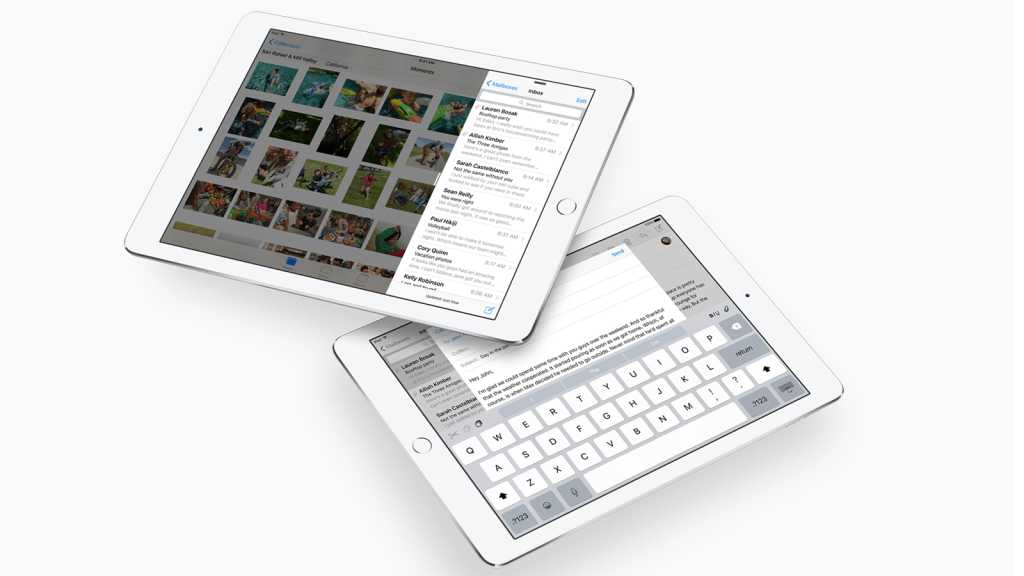 iOS 9 is set to make its way on to iPads and iPhones around the world on Wednesday 16 September (read: iOS 9 release date and download details) and with it comes lots of exciting new features for iPad users. Here, we talk you through everything you need to know about iOS 9 on your iPad, including which iPads will get the new features coming in iOS 9, and tips on how to use those new features, including QuickType, Multitasking and more.

Most of Apple’s iPads will be compatible with iOS 9, but not all of them will get some of the powerful new features that are coming. But first, let’s take a look at which iPads will get iOS 9 before we start investigating which features they’ll get.

So essentially that’s every iPad so far, aside from the original iPad.

Will my iPad get multitasking?

As mentioned, there’s a bit of a catch. While all of those iPads are getting iOS 9, some of the best features require more power than the older models can offer.

We are really excited about the Slide Over, Split View and Picture in Picture features coming to the iPad with iOS 9. Not only did they hint at the possibility of an iPad Pro (and one is indeed launching), they also mean that productivity is about to get much easier on Apple’s tablet.

We will go into more detail about each of these new features below. But will your iPad run them? Find out here:

Here’s a breakdown of which iPads will be able to run which feature: 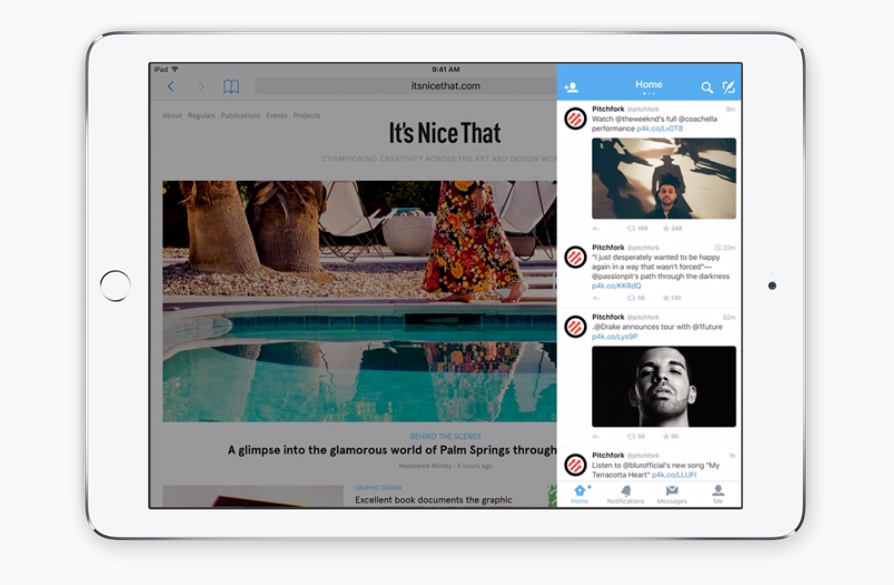 Slide Over lets you open another app without leaving the app you’re currently in. It’ll mean that you can quickly send a tweet, respond to a text message or jot something down in the Slide Over window, and then slide it away again to go back to what you were doing. 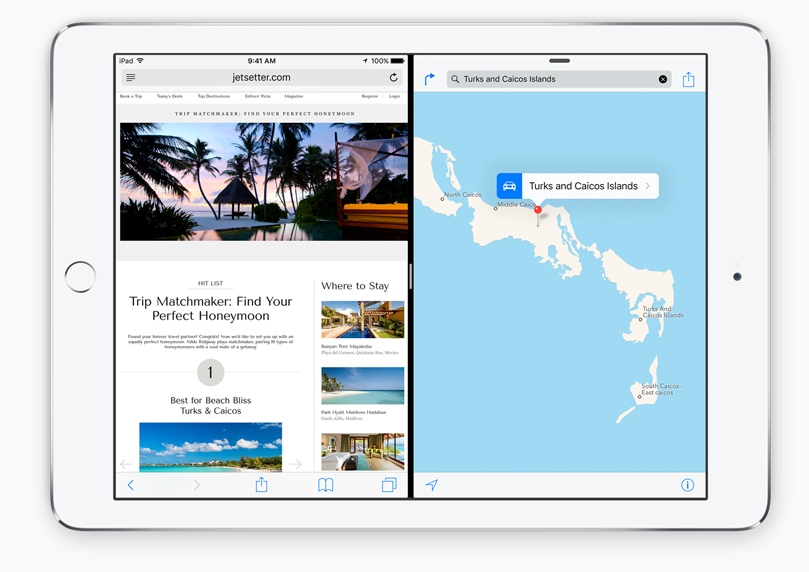 Split View is an iPad Air 2 exclusive feature that is a more powerful version of Slide Over, and is the fully-fledged split-screen multitasking we’ve been waiting for. It lets you run two apps side by side, with both of those apps available to interact with at the same time. That means you could be researching on the web using the Safari app and jotting down notes about the subject in the Pages app, for example.

Other examples given by Apple include working on a sketch with the reference photo beside it, writing a paper while copying citations from a book in iBooks, or looking at the Maps app while planning a holiday using TripAdvisor.

You can access the Split View feature by first swiping from the right of the screen to bring up Slide Over, and then dragging the divider between the two apps to the centre of the screen.

Read next: iPad buying guide autumn/winter 2015: Which iPad is best for you?

iOS 9 on the iPad – What is Picture in Picture? 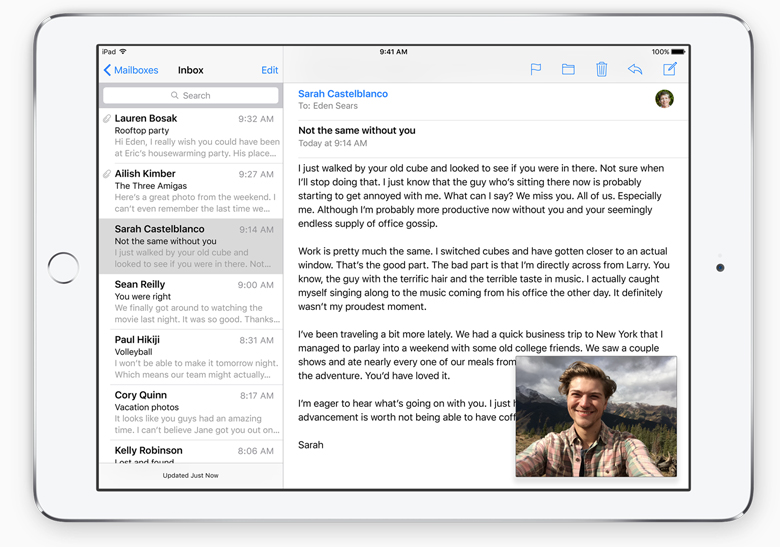 The third and final multitasking feature coming to the iPad with iOS 9 is called Picture in Picture, which lets you watch a video or use FaceTime while using another app. By pressing the Home button, the video or FaceTime screen will scale down and sit at the bottom corner of your display while you work on something else like an email reply. You can move the floating video screen around or move it slightly offscreen if you only want to listen to the audio.

Will my iPad get QuickType?

As long as your iPad runs iOS 9 it will get the new QuickType features. 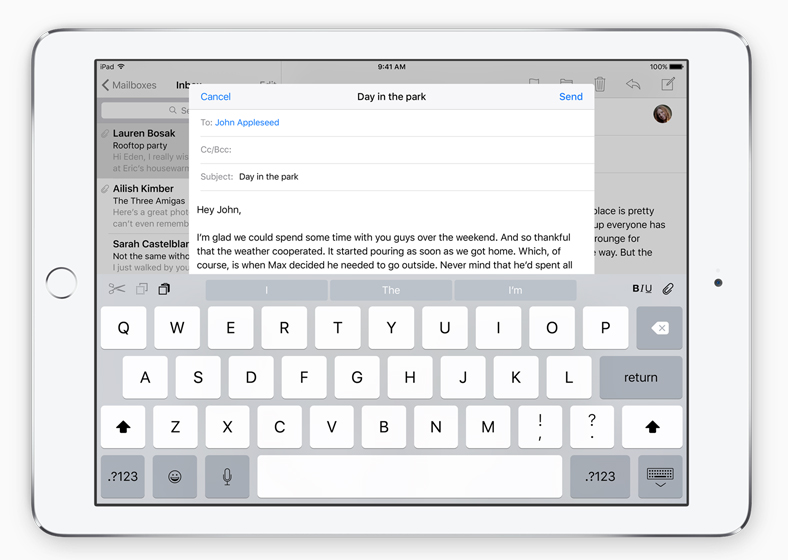 iOS 9 on the iPad – What is QuickType? How to use QuickType…

QuickType is another new feature coming to the iPad with iOS 9. You’ll see functions such as copy and paste, add attachment and format text on the keyboard itself, along the top in a new Shortcut Bar.

The Shortcut Bar will have different tools depending on the app you’re using, and can be utilised by third-party apps. 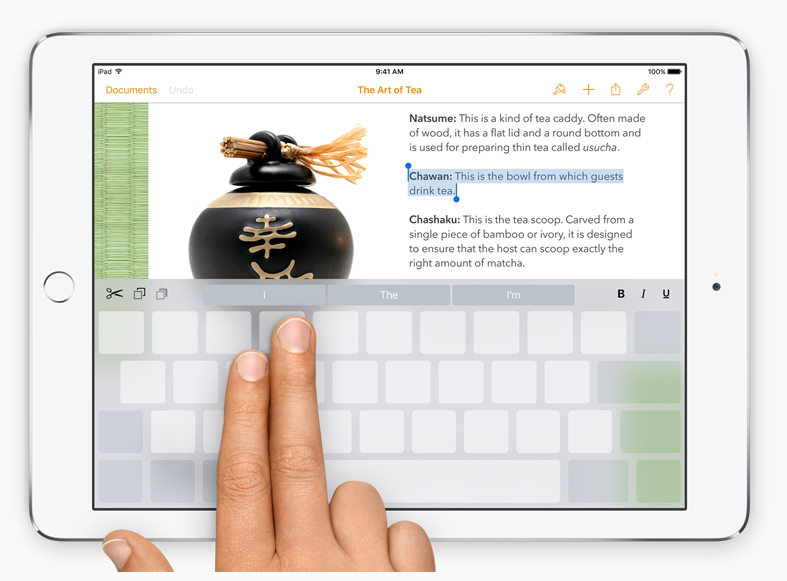 Additionally, the new keyboard lets you use your touchscreen as a trackpad. You just need to place two fingers on the screen to activate it and they’ll act as a cursor for quickly and easily selecting chunks of text, for example. This will make it easier to select and move text. A double-tap with two fingers will select the word on which the cursor is positioned, and a triple-tap will select an entire paragraph.

How to get iOS 9 features on the iPad now

If you’d like to try out the new features of iOS 9 on your iPad now, you might be interested to hear that there is an iOS 9 public beta program available, which offers early access to the software for testing. You can find out about the iOS 9 beta and whether it’s a good idea to install it here. You can also read our iOS 9 upgrade guide here.

Will my iPhone get any of the new keyboard features in iOS 9?