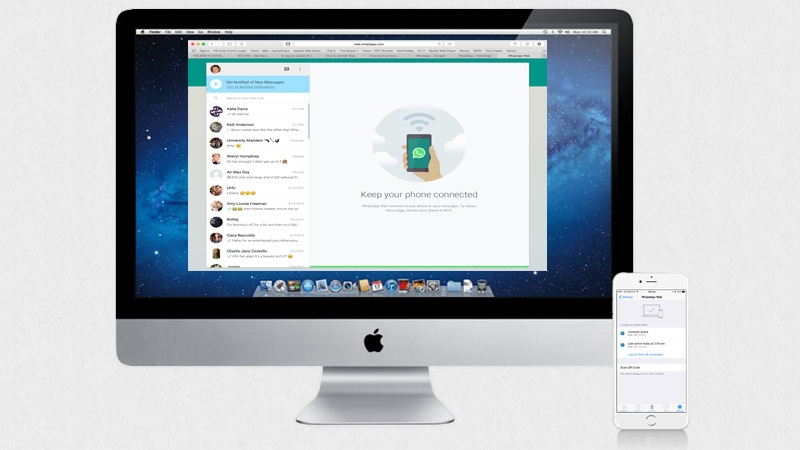 WhatsApp Web was first introduced by the company back in January 2015, and was welcomed by users of the popular messaging client. However, the functionality wasn’t available to iPhone users, and while the rest of the WhatsApp community enjoyed the benefits of a desktop WhatsApp client, iOS users were left behind – until now. WhatsApp has finally added iPhone support to its WhatsApp Web client, and we have all you need to know about setting up and using the service. Read next:  How to use WhatsApp hands-free with Siri

WhatsApp Web is a relatively new web client, announced by the company on 21 January 2015, and offers WhatsApp users the opportunity to access their WhatsApp messages on a PC or Mac. It also meant that users of the popular messaging client could directly save received media to their computer, instead of having to first save it on their smartphone and then transfer it.

There were a handful of restrictions with WhatsApp Web when it first launched; first of all, you were only able to use Google Chrome to access the WhatsApp Web website, and secondly, it wasn’t available for iPhone users due to “Apple platform limitations”. This meant that Android, Windows, Blackberry and even Nokia Symbian devices could access the service, but iOS users were left in the lurch.

However, as of August 2015, the company has enabled WhatsApp Web for iOS devices, meaning that iPhone users can now send and receive WhatsApp messages on their Mac or PC. It’s quite peculiar that the company added support without announcing it, with the news breaking via a WhatsApp user on Reddit. The company now allows the use of other browsers to access the WhatsApp Web client, though it’s suggested when accessing the site via Safari to switch to either Google Chrome, Opera or Firefox.

Even though WhatsApp now allows the web client to be accessed via any browser, you can’t access it via Safari on an iPad. If you try to access WhatsApp Web via an iPad, you’re redirected to the WhatsApp home page. We’re not quite sure why WhatsApp has put this restriction in place, as many iPad users would love to have some kind of WhatsApp client available to them. It may be due to “Apple platform limitations” as noted before, but until WhatsApp explains itself, it’s anyone’s guess. We’ve reached out to the company for comment, and will update the article if/when we hear back.

See also: How to retrieve deleted messages on an iPhone

How to set up WhatsApp Web on your iPhone

Step 2: Open WhatsApp and access the Settings menu. There should be a new menu underneath “Tell a Friend” named “WhatsApp Web” – tap it. 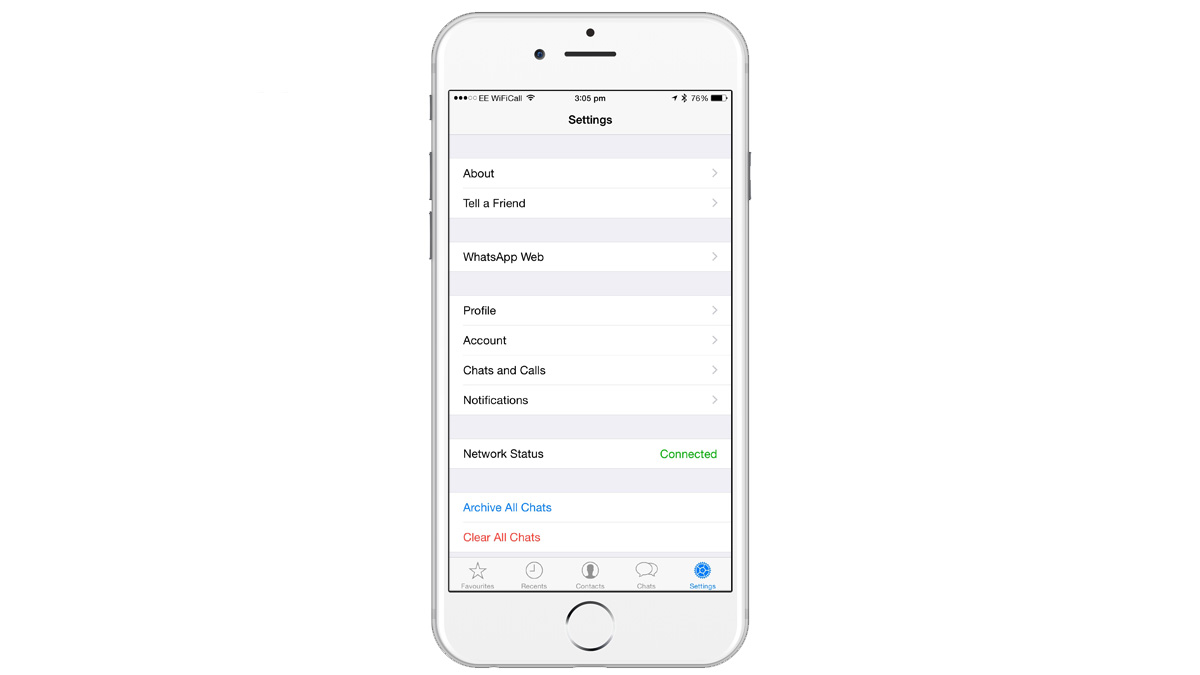 Step 3: On your Mac, head to web.whatsapp.com. You can technically use any browser to access the client (we’re using Safari), but WhatsApp recommends using either Google Chrome, Opera or Firefox. 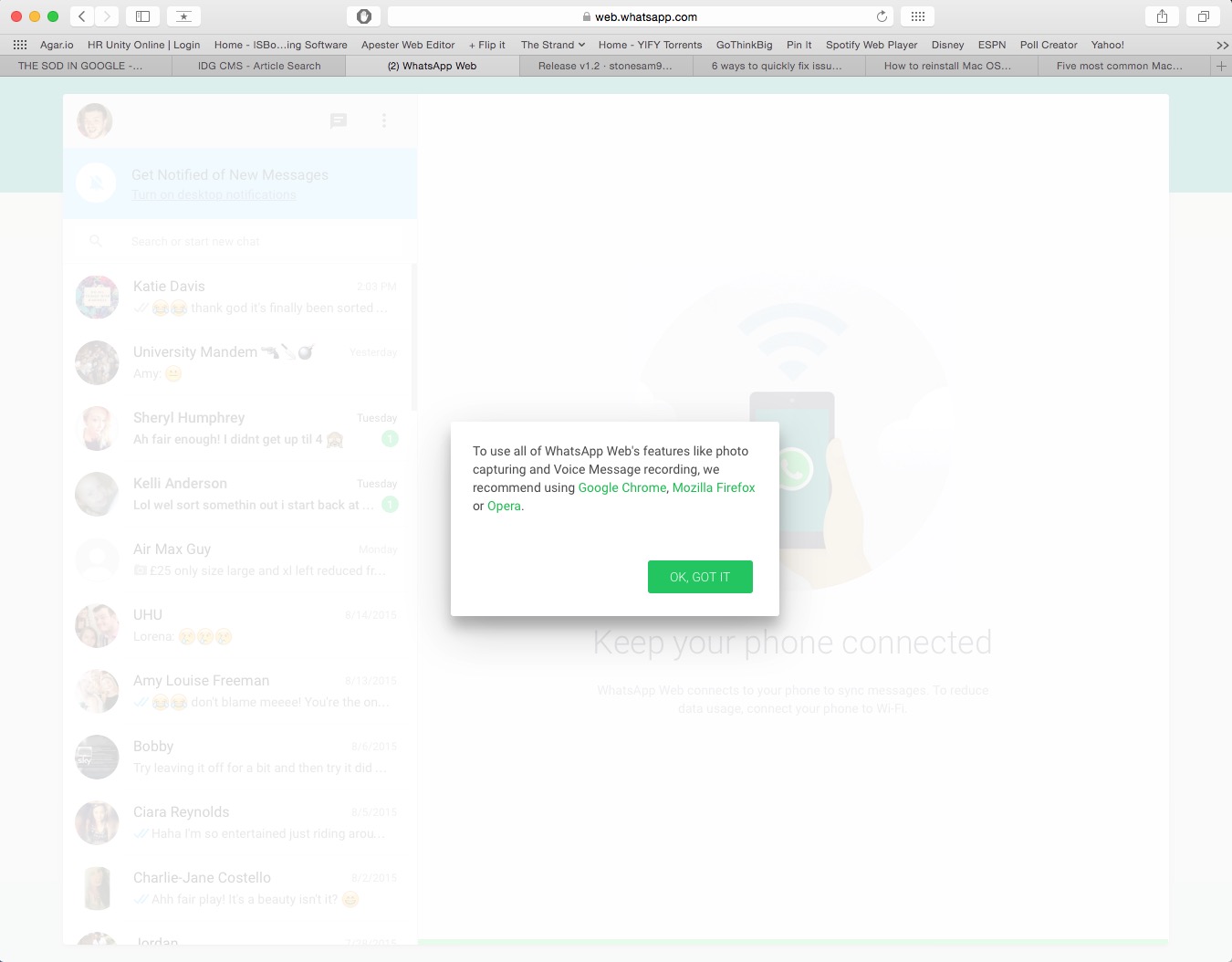 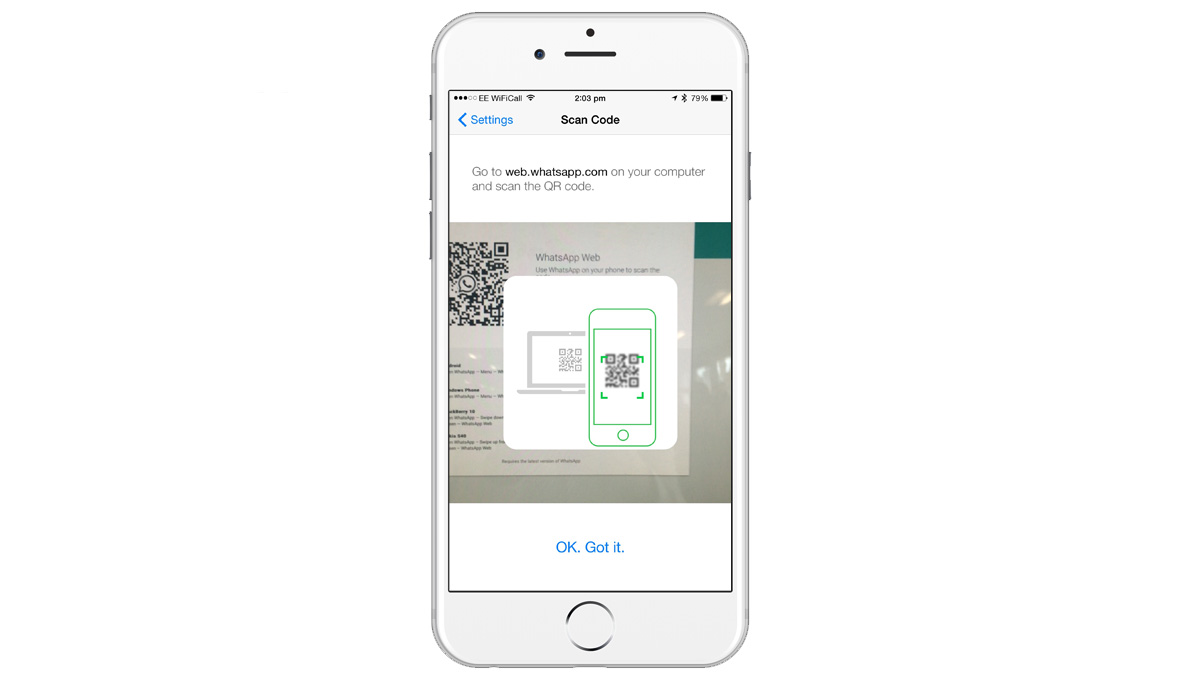 Step 5: You’re all done! You can now send and receive WhatsApp messages as well as access all received media (including voice notes!) on your Mac.

One issue we thought we were going to have when using the WhatsApp Web client was a huge build up of WhatsApp notifications on our iPhone. However, we were pleased to see that as soon as we’d read the message on our Mac, the notification disappeared from our iPhone’s lock screen/notification centre. Deleted messages should also sync between the two clients, though some users have reported issues with this feature, with deleted media still appearing in a chat window.

The WhatsApp Web client will also display chat notifications whenever you receive a new message, which is a great feature to have, but not if you’re using a shared computer.

See also: How to download YouTube videos to iPhone and iPad and  How to install WhatsApp on an iPad

How to set up WhatsApp Web on your iPhone: Install a third-party WhatsApp client for your Mac

Although the introduction of a WhatsApp Web client is a great addition, we would also like to have a WhatsApp app for Mac (and iPad too!). Though currently there are no plans for the company to create either app, there is an unofficial WhatsApp app available for Mac users, created by a fan. It’s basically the WhatsApp Web interface, but in a separate app instead of a page in your browser. 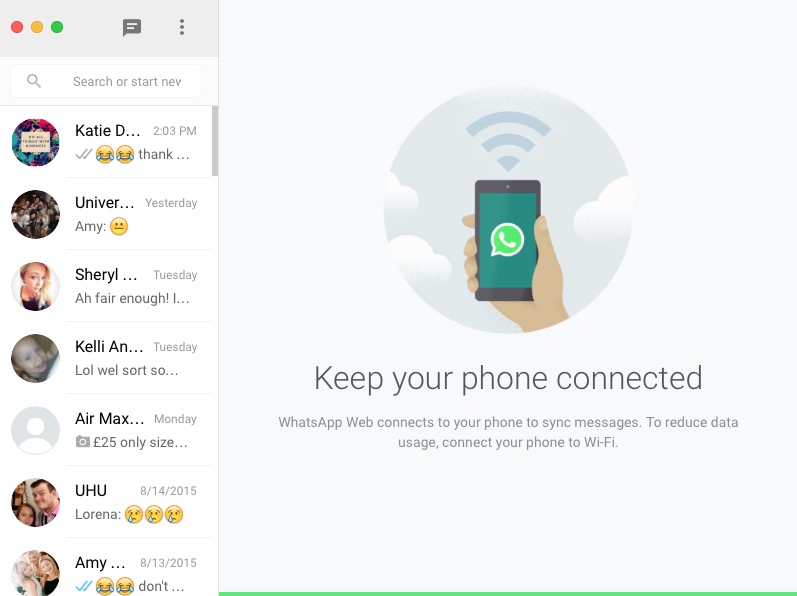 It offers the same setup process and options available in the web client, so if you’d prefer an app to a web interface, head over to the Github page now and download it!