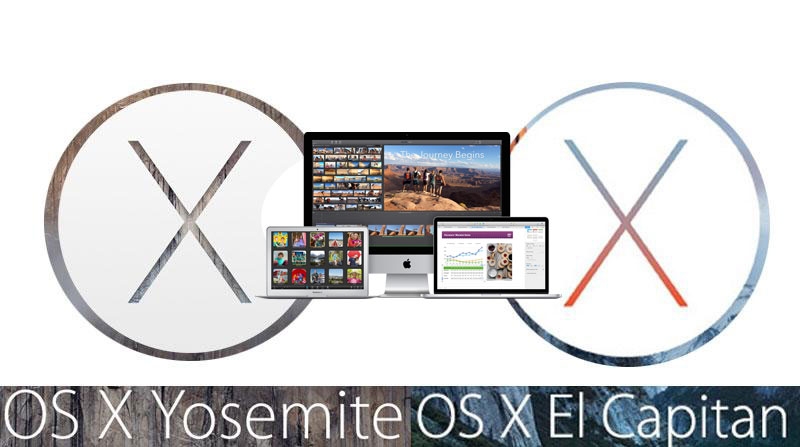 OS X El Capitan is available now, having launched on 30 September, however, you may not be perpared to completely ditch Yosemite, perhaps because you are worried that essential software won’t run, or because you don’t want to jump in head first. If that’s the case, you may find this tutorial is for you.

For this tutorial we assume that you’ve either signed up to the El Capitan beta programme, or are planning to download a copy as soon as El Capitan comes out, but you aren’t keen on losing your current installation of Yosemite. If you want to learn how to get the El Capitan beta, this article covers that: Get OS X El Capitan on your Mac now.

Arguably the simplest way of putting El Cap on your Mac, and one that’ll give you the very best performance, is to create a new partition for it alongside the existing one on your hard disk. This way you can choose to boot into El Capitan or keep working within your existing Yosemite installation.

This sounds complicated and dangerous but Apple has put a lot of work into making it simple and safe. However, even they won’t deny that repartitioning is a somewhat risky activity – data is shifted around on a fundamental block level — so you should create a Time Machine backup before following the steps below. 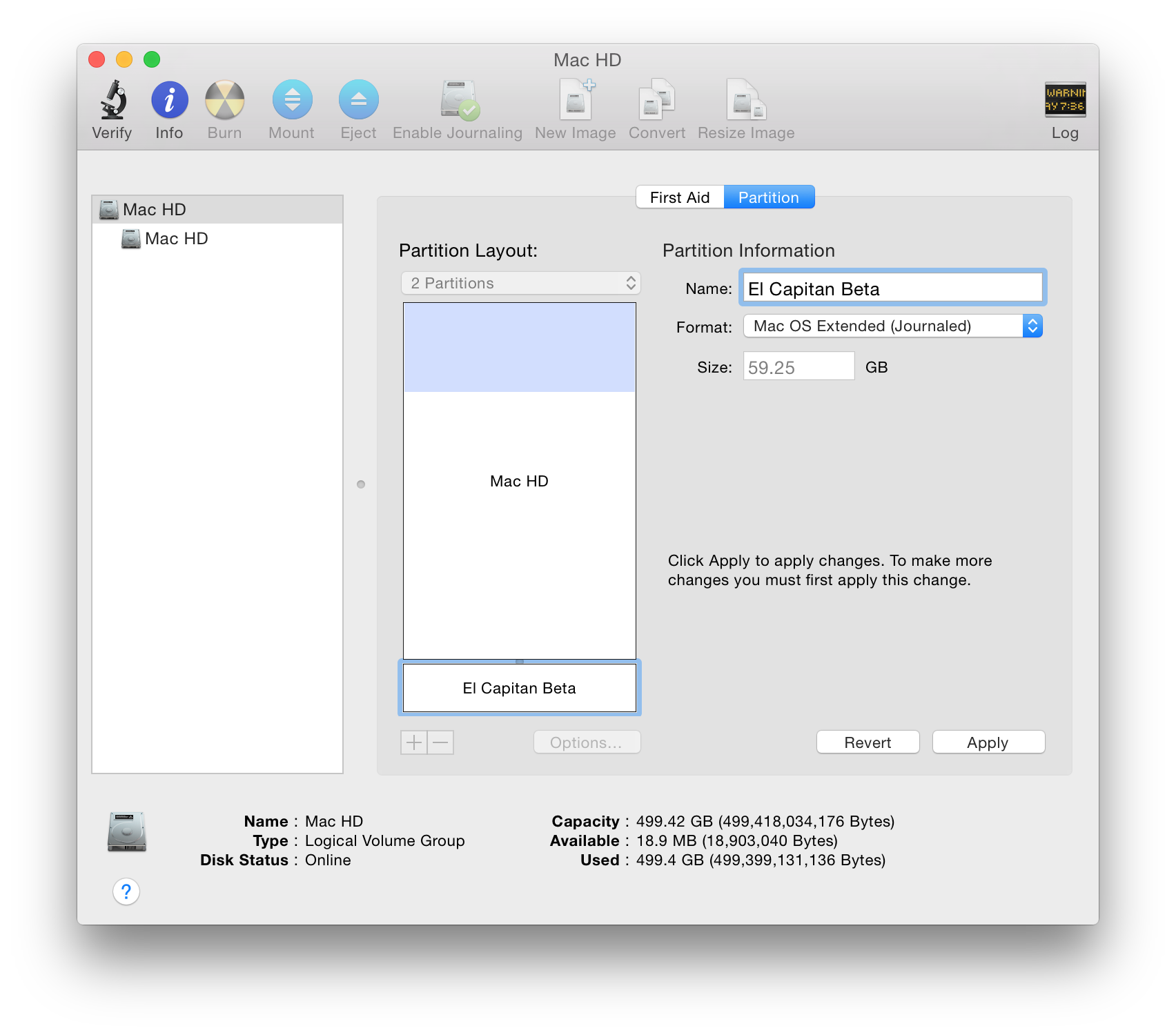 If the repartitioning process halts with an error then, don’t worry, OS X should revert things to the way they were. The error will likely be caused by the presence of very large files on your disk, such as multiple-gigabyte movie files. You might consider either deleting these, if you can, or temporarily moving them to external storage, and then trying again.

To deactivate FileVault should you need to, open System Preferences, click the Security & Privacy icon, click FileVault and then click the Turn Off FileVault button (you may have to click the padlock icon at the bottom left and provide your login password when prompted). Remember that it might take a while for FileVault to be entirely deactivated, but you can keep an eye on System Preferences to see the progress.

Of course, you can turn on FileVault again once El Capitan has been installed.

Find the installer you downloaded earlier and double-click it. Follow through the installation wizard but, and this is crucial, when it comes to choosing a destination, click the Select All Disks button and select your new partition. If you named it as described in the steps above then it should be identified as El Capitan Beta.

Installation will then happen in two separate phases — initially the files will be copied to the new partition, and then they’ll be installed. You may find your Mac rebooting several times. 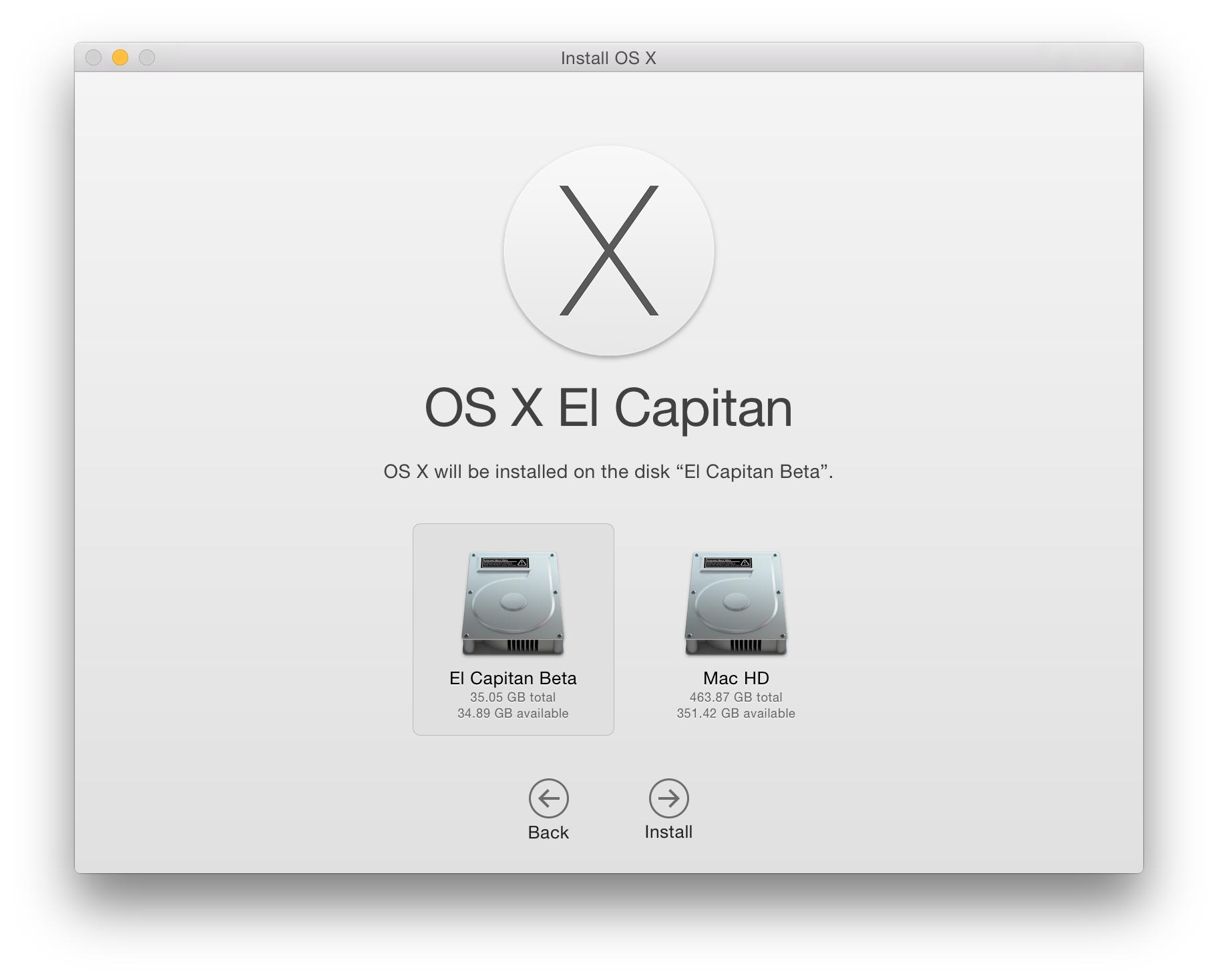 Once El Capitan has installed you can choose to boot into it in one of two ways:

Read next: What to do if your Mac doesn’t finish installing an update

Another way to trial El Capitan is to install it in a virtual machine. There are various virtualisation apps for the Mac, including Parallels Desktop, VMware Fusion and the free of charge Oracle VirtualBox. 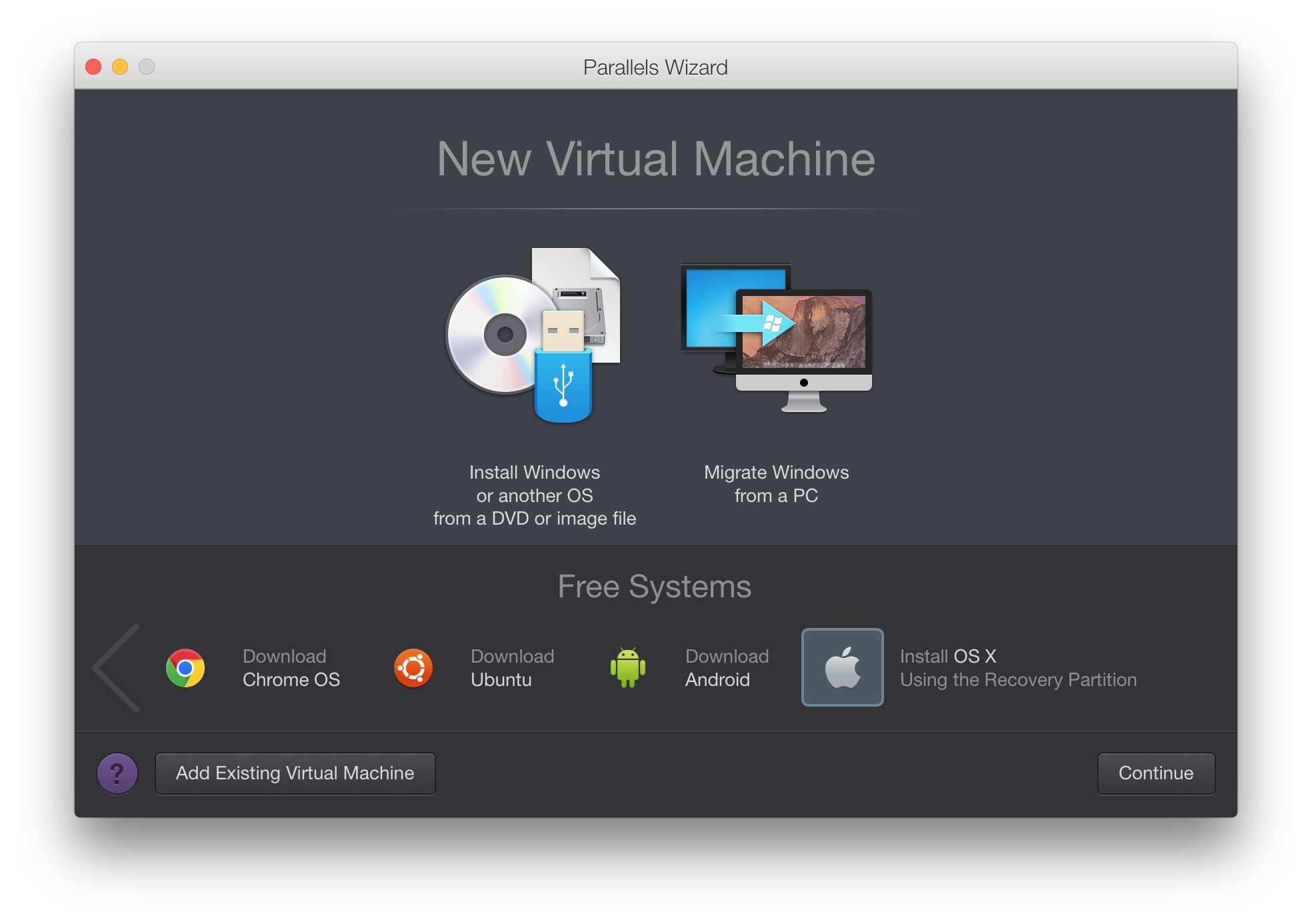 Virtualisation software like Parallels Desktop and VMware Fusion will let you install OS X Mavericks in a virtual machine, and then update to OS X El Captain

Although both Parallels and Fusion let you install a virtual machine installation of OS X – click More Options when creating a new machine in Fusion, or the right arrow under the Free Systems heading when creating a new machine in Parallels – both use the OS X Recovery Partition to source the installation files. Therefore, you can only create a virtualised OS X of the same version you’re already using. You might be able to get around this with a hack worked out by a Redditor, but such instructions not for the faint hearted. A legitimate although more time-consuming method is to create an OS X virtual machine of your current version of OS X using the Recovery Partition files, as mentioned above, and then boot into it and update to El Capitan via the App Store.

Oracle’s virtualisation software has the benefit of being free of charge but its support for running OS X as a virtual machine is still experimental and it isn’t as simple as pointing a new virtual machine at the OS X El Capitan installation files. Some details are listed here on an Oracle forum posting but they’re only really for hardcode command-line techies.

Another method of installing OS X within VirtualBox is to use files created by the hackintosh community, and you’ll find many guides online, but some of these are hacked versions of Apple’s copyright system files so are illegal.

Read next:  How to install Yosemite and older version of Mac OS X 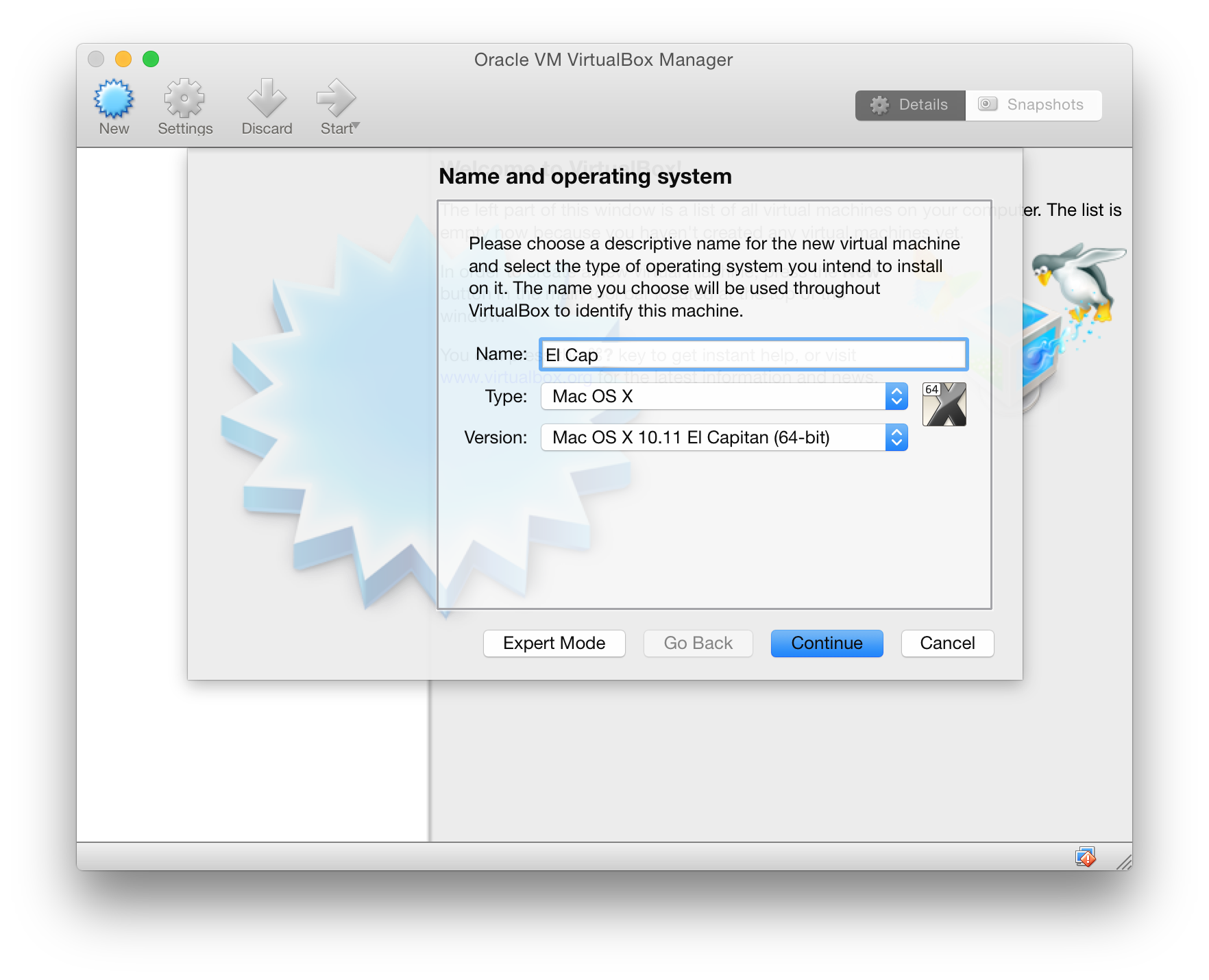 Get El Capitan features in Yosemite

Run Windows on your Mac in Boot Camp