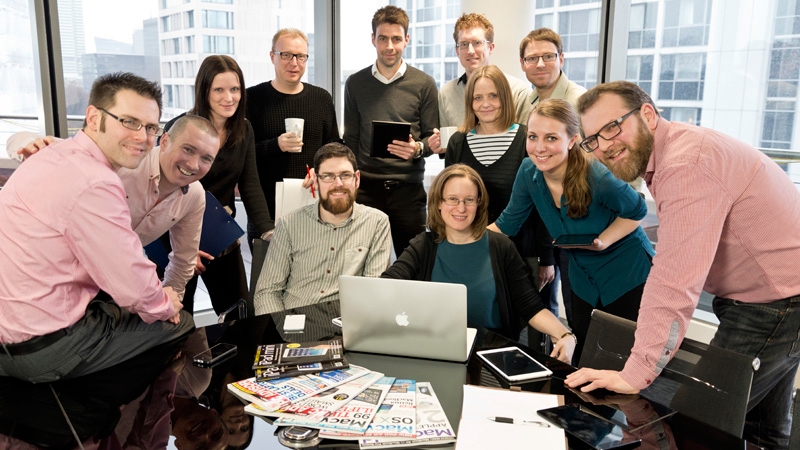 We’ve been publishing Macworld’s print magazine in the UK since 1985, a year after our sister publication in the United States launched, with Steve Jobs smiling on the cover, on the same day as the Macintosh.

We’ve seen an awful lot of change in that time. This is no longer a magazine just about the Mac. As Apple has evolved from just a computer company Macworld has evolved into a title that covers every product Apple builds – from the Mac, to the iPhone, iPad, Apple TV, and now the Apple Watch. And then there’s all the software that Apple sells. Just writing about Apple products alone is enough to fill all the pages of a magazine every month.

But times have changed, and we are in a digital age now in which people are predominantly sourcing their information about Apple from the web, not print magazines.

Our website Macworld.co.uk has been going strong since 1997 (the year Steve Jobs returned to Apple), and in recent years has gone from strength to strength in tandem with Apple’s own renaissance. Macworld’s online traffic has grown 600 percent in the past 18 months, with more than 16 million page views a month.

As Apple experts we are able to offer advice to millions of people every month via our website. In the past month 10 million people enjoyed content on our website – you were one of them.

As online has taken off the number of people buying magazines has tailed off, and advertisers have moved online too. As a result the issue now on sale will be the last of the print editions of Macworld that we’ll produce.

It’s sad to wave goodbye to a medium that’s in our hearts, but with Macworld.co.uk now the most viewed Apple-focused media website in the world we think it’s time to retire the print edition so the team can focus entirely on digital.

But this isn’t the end of Macworld as a magazine. Far from it. None of your award-winning Macworld editorial team is leaving and the good news is that in addition to keeping the website up-to-date with news, the team will continue to produce Macworld magazine as a digital edition, available to read on your iPad.

We have seen our subscribers move to the iPad edition in droves over the years – as you would expect from a group of readers who love their Apple products and recognise that there is no better way to read a magazine than on a tablet.

There are also benefits to producing the magazine as a digital edition. We are not tied to long print deadlines, which means we can turn around an issue quickly – getting the very latest information into the magazine and bringing it to the Apple Newsstand and the other places where we sell the digital edition within hours rather than weeks. And the trees will thank us, too.

A prime example of this is the fact that our last print issue hits the shelves as Apple announces the new iPhones for 2015. We have already decided to hold the digital edition of the magazine back a few days so that we can get that news in it – because we can. And that’s got to be good for our readers.

So I hope you can join us in bidding a fond farewell to the print version of Macworld magazine, while looking forward to the other ways in which we can continue bring you everything you need to know about Apple, be it up-to-the-minute information on this website, or in-depth curated content in the iPad edition of the magazine. Change is a good thing and we think the future is bright.